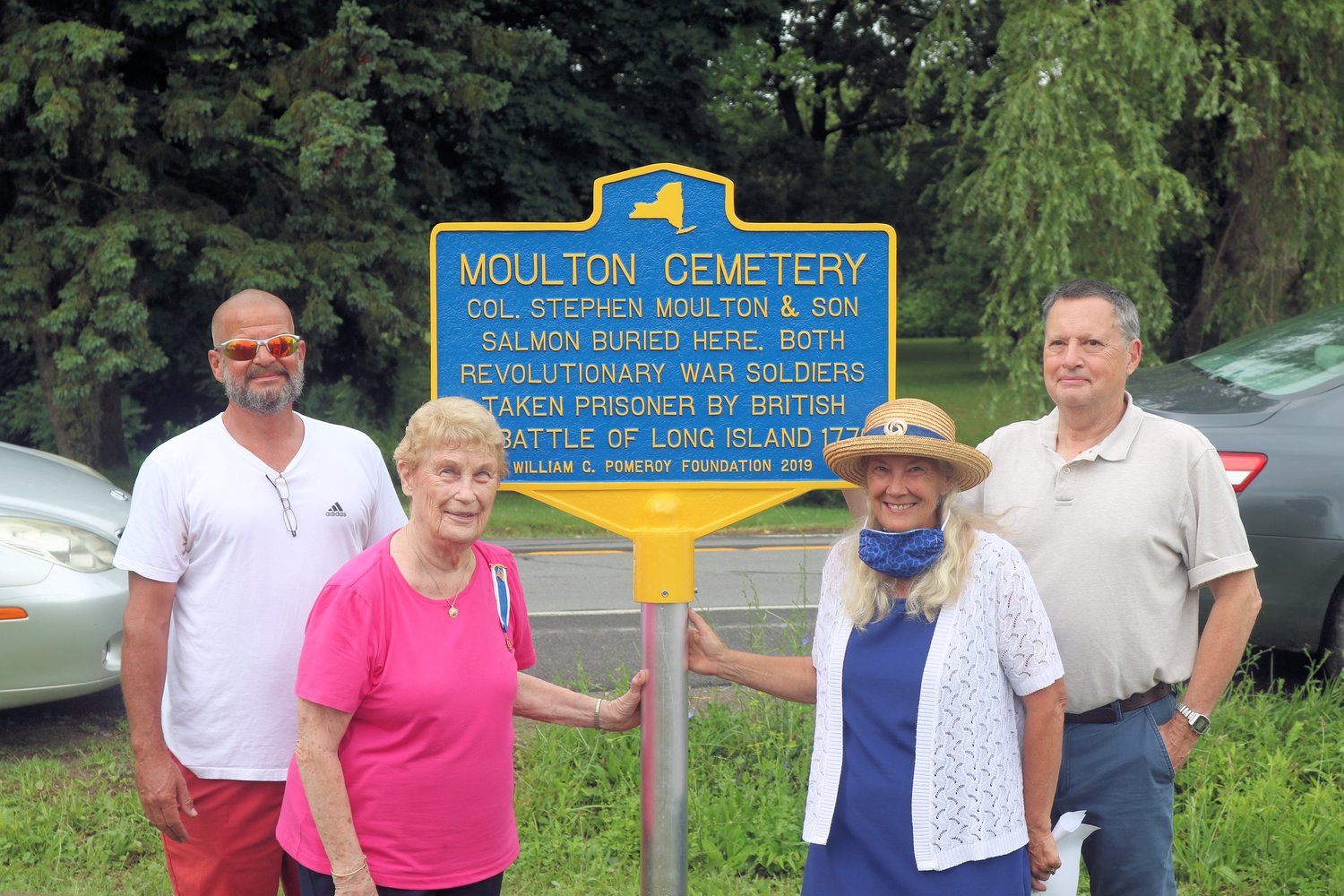 FLOYD — The sun finally shone Saturday, July 11, on a long awaited event in a tiny cemetery on Route 365 — the dedication of a historic road marker honoring Col. Stephen Moulton and his son, Salmon, both Patriots during the American Revolution.

The event, made possible by the Holland Patent Chapter of the Daughters of the American Revolution, included a guest of honor — Jeff Moulton, a direct descendant of Salmon Moulton, seventh generation removed.

The Moulton family was from Connecticut and Stephen and Salmon were commissioned in the Connecticut 2nd Regiment, the DAR chapter said. The pair road with General George Washington at Bunker Hill, followed by the New York/Long Island campaign.

Both men were taken prisoner in 1776 and later released in an exchange.

They returned from war and settled in Floyd, being very active in the community. Col. Stephen Milton became the first Floyd town supervisor. He died March 12, 1819. Both Patriots as well as Salmon’s wife and daughter are buried in the family plot.

The Daughters of the American Revolution, Holland Patent Chapter, thanks the William G. Pomeroy Foundation of Syracuse for a grant enabling the chapter to honor the pair with the historical marker.