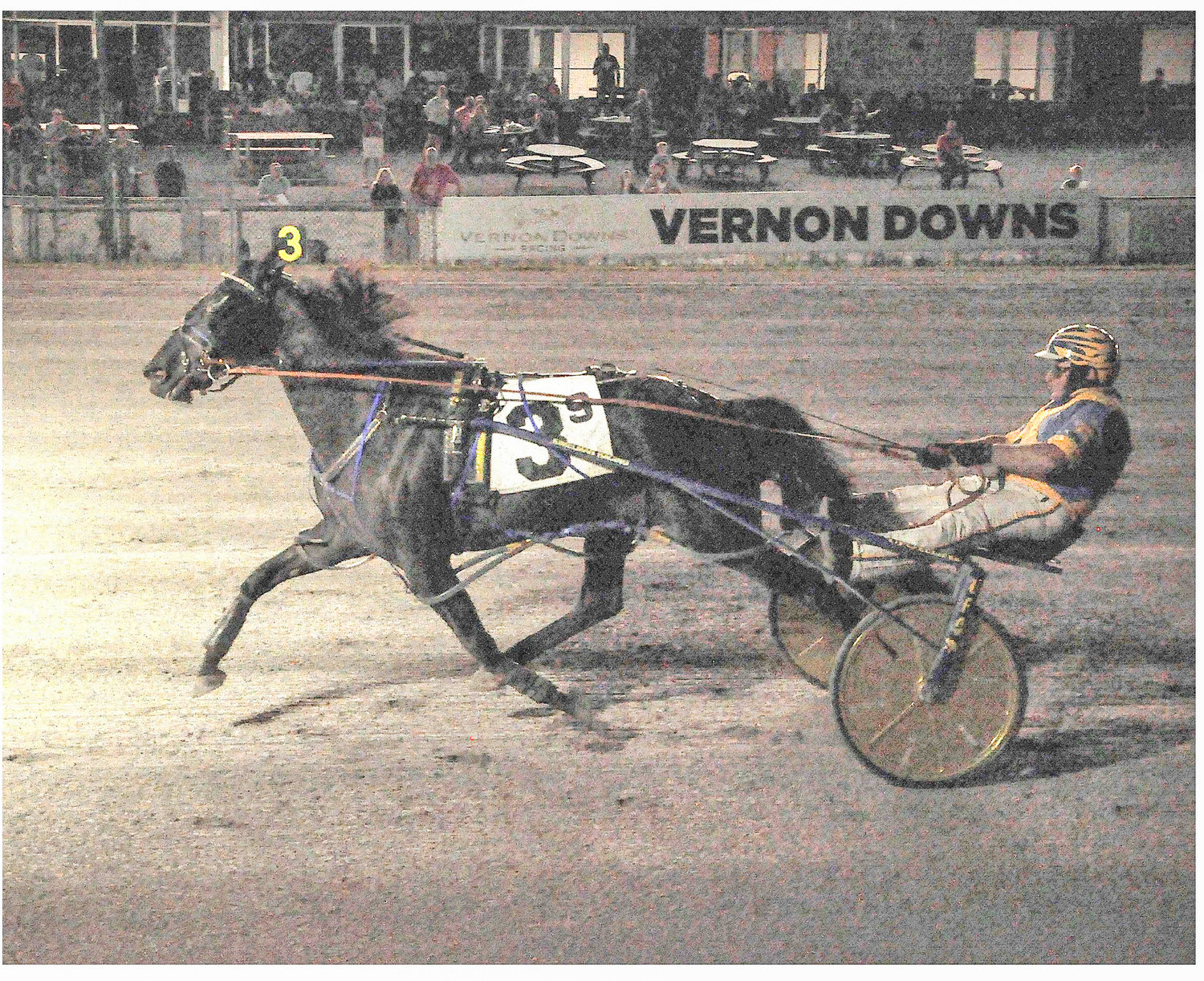 As they made the turn for home Northern Rein popped the pocket and went to the outside.  That gave Party Boy ($21.40) an opening on the inside and he squeezed through and went right on by to win in 1:52.3. Warrawee Unique had to settle for second. Northern Rein finished third.

Party Boy is an 8-year-old gelding by Rock N Roll Heaven. He is owned by Sarah Kimelman and trained by Michael Kilmelman. He won for the second time this season and now owns 17 career victories.

Live racing at Vernon Downs continues Friday with a post time of 6:05 p.m. For more information, go to www.vernondowns.com.