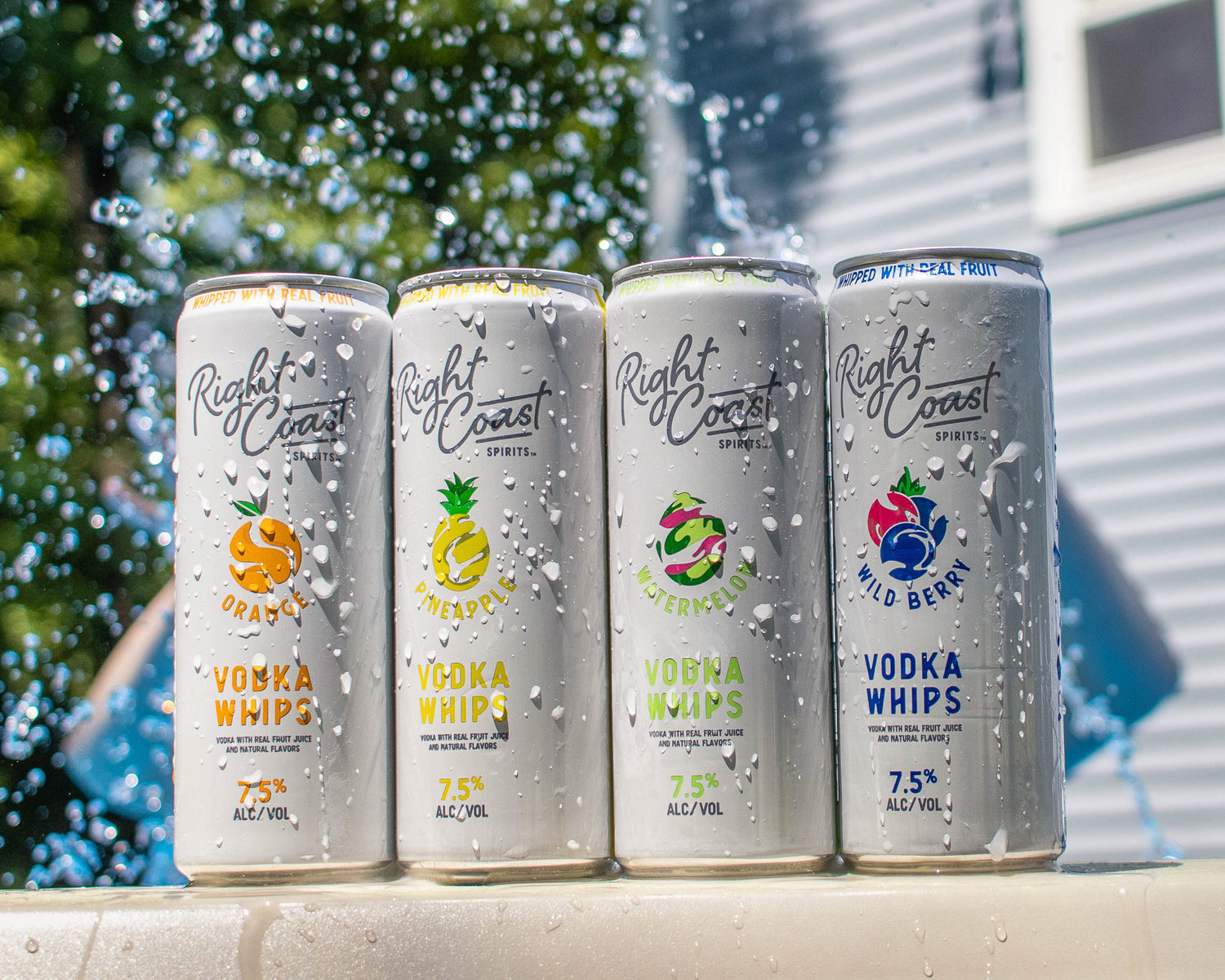 Vodka Whips is a handcrafted ready-to-drink canned cocktail made with real vodka, fruit, and a fresh whipped finish, according to the announcement. Cans will hit shelves for the first time this month.

“The idea for Vodka Whips was inspired by the Orange Crush cocktail, a wildly popular drink in the Mid-Atlantic,” explains Ben Savage, chief marketing officer at Flying Dog Brewery. “Each of our breweries is constantly finding ways to push the envelope when it comes to creativity, flavor and ABVs, so we knew our first distilled spirits venture had to reflect those passions. Our teams of brewers worked tirelessly to create really incredible flavor profiles that almost make you forget you’re drinking a 7.5% ABV canned cocktail.”

With the ready-to-drink cocktail category exploding, and each of the three partners being innovators in the beverage industry, all were eager to break into the market with a unique product, the announcement stated. With each company bringing their unique skills to the table, a fresh collaboration was born called Right Coast Spirits — with Right Coast being a playful nod to the East Coast, where all three partners are located.

“The cool thing I’ve always loved about the craft brewing industry is that we have this hallmark ‘all-for-one’ mentality,” said Fred Matt, president of Saranac. “The three of us had a great working relationship already, so we realized if we worked together, we could get a superior product to consumers faster and more efficiently.”

Initially, Right Coast Vodka Whips will be released in 15 states on the East Coast, from Maine to Georgia.

“Not only has our partnership been beneficial for product development, but also for distribution,” said Dan Kenary, CEO and co-founder of Harpoon. “We have the ability to spread the availability of the product into each of our markets. With the ready-to-drink category exploding, we are excited to launch our canned cocktail as quickly as possible so consumers can try it, especially since we know it will be unlike anything they’ve ever tasted before. It’s simply delicious.”

With an appetite for innovation and a passion to create high quality beverages with only the best ingredients, these three partners came together to produce their first product in a line of canned cocktails-Vodka Whips, according to an announcement.