Soldiers encamped Saturday behind the Central New York Living History Center in Cortlandville for a military vehicle show were disarmed. 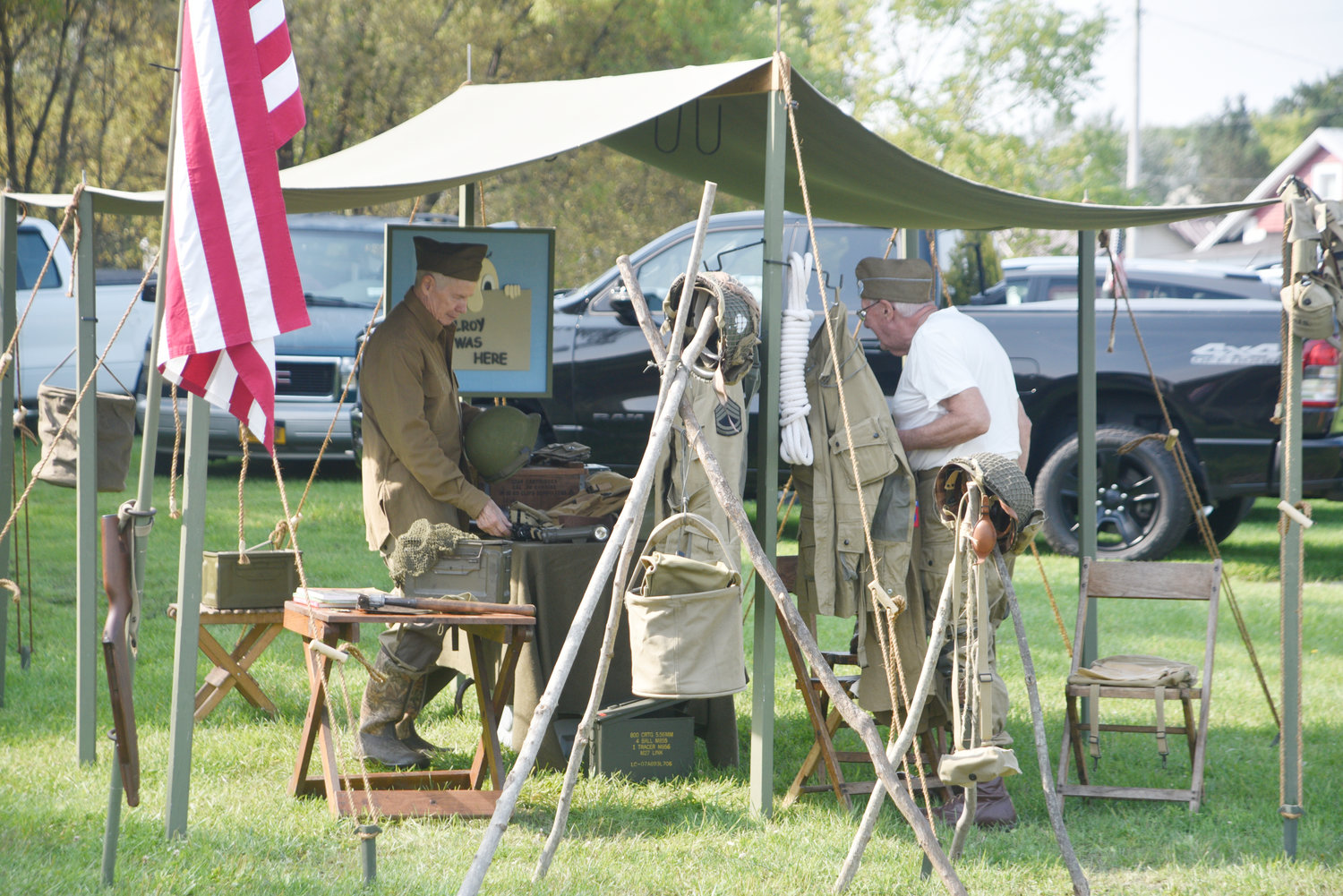 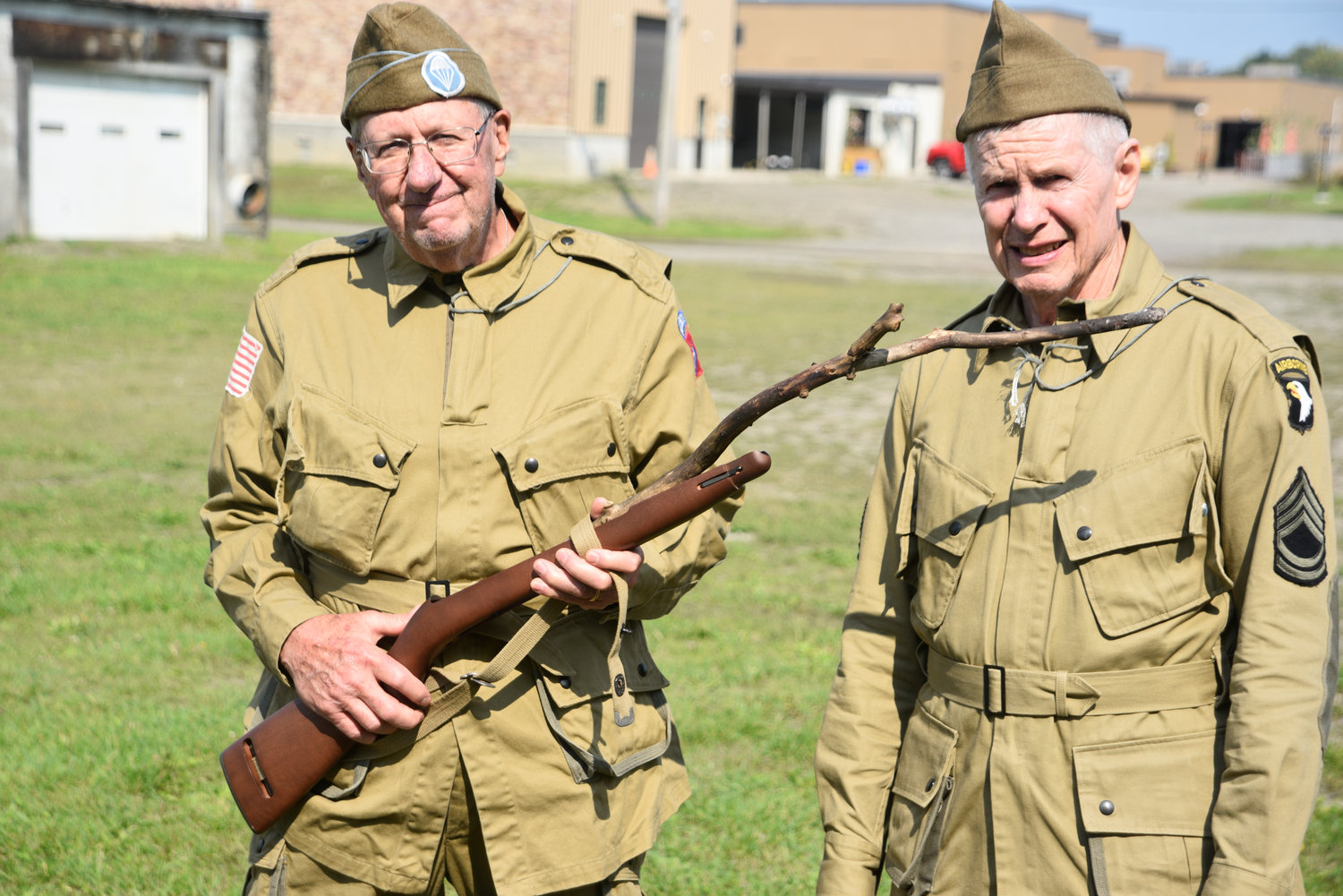 CORTLAND  — Soldiers encamped Saturday behind the Central New York Living History Center in Cortlandville for a military vehicle show were disarmed. The display cases inside the museum – which had for years held weapons to educate the public about the United States’ military history – were empty.

The elimination of the weapons is a consequence of the state Concealed Carry Improvement Act, which took effect Sept. 1. The law, which covers firearms, rifles or shotguns, was enacted after the U.S. Supreme Court ruled unconstitutional the state’s concealed carry law.

Bill Harris of Endicott said Saturday that in preparation for the show on Friday he removed inoperable .30-caliber and .50-caliber machine guns from the 1944 Jeep he bought four or five years ago and restored. The vehicle was on display Saturday at the encampment for the Military Vehicle Show.

“It’s a real inconvenience to everyone who wants to show a vehicle at a public event,” said Harris, 92, who served in the Air Force during the Korean War.

“How sad is this?” Mike Howell of Ithaca, who attended Saturday’s show, said when looking over Harris’s Jeep with the empty machine gun mounts.

Howell, 50, who served 27 years in the Army, said he supports responsible gun ownership, but worries about overreach by the state and federal governments.

State laws that govern licensing and other provisions relevant to firearms were amended in July. Among the provisions, they created gun-free zones that ban weapons in New York City’s Times Square and a long list of types of places, such as schools; public transportation; bars; health care, counseling and child care facilities; homeless and domestic violence shelters; polling places; public sidewalks; and performance arts venues – including museums.

The amendments set standards of training and ban permits for people convicted of certain crimes and those who have particular mental illnesses. It requires a background check that includes references and disclosure of current and recent social media accounts.

Military weapons are usually on display as part of Central New York Living History Center reenactments at the annual Civil War day, held this year in July and the military truck show Saturday.

Signs are posted on three empty display cases in the museum where weapons were removed and weapons were also removed from mannequins dressed in military uniforms.

“All firearms of historical significance have been removed from this museum by order of the governor’s new gun law,” the sign read, in part. It urged patrons to raise any concerns with their legislators or Gov. Kathy Hochul.

Officials of the Central New York Living History Center declined Saturday to comment on the state law and its implications.

“It’s unAmerican,” said Kenny Gow, 77, of Binghamton, one of the World War II reenactors. “The politicians have made everyone afraid of guns. These laws don’t affect the criminals at all.”

The group of reenactors said the state law is ambiguous and they are afraid to carry even disabled or replica weapons at events for fear of being arrested for a class E felony.

That includes muzzle-loaded muskets for Revolutionary War events that have been disabled or shoot blanks. He and other reenactors said Saturday it takes at least three minutes to reload the musket.

“I don’t know why everyone is so afraid of law-abiding citizens,” said Dan O’Brien, 72, of Chenango Bridge, wearing a World War II Army uniform.

O’Brien, who reenacts soldiers from the Revolutionary War, Civil War and World War II and people from the Old West, said he agrees with the provisions of the law that set standards for education and training prior to receiving a state concealed carry license. However, he worries that sections are ambiguous and seem to ban even weapons used by reenactors .