Palmer has career day to lead Pioneers to win

Palmer has career day to lead Pioneers to win 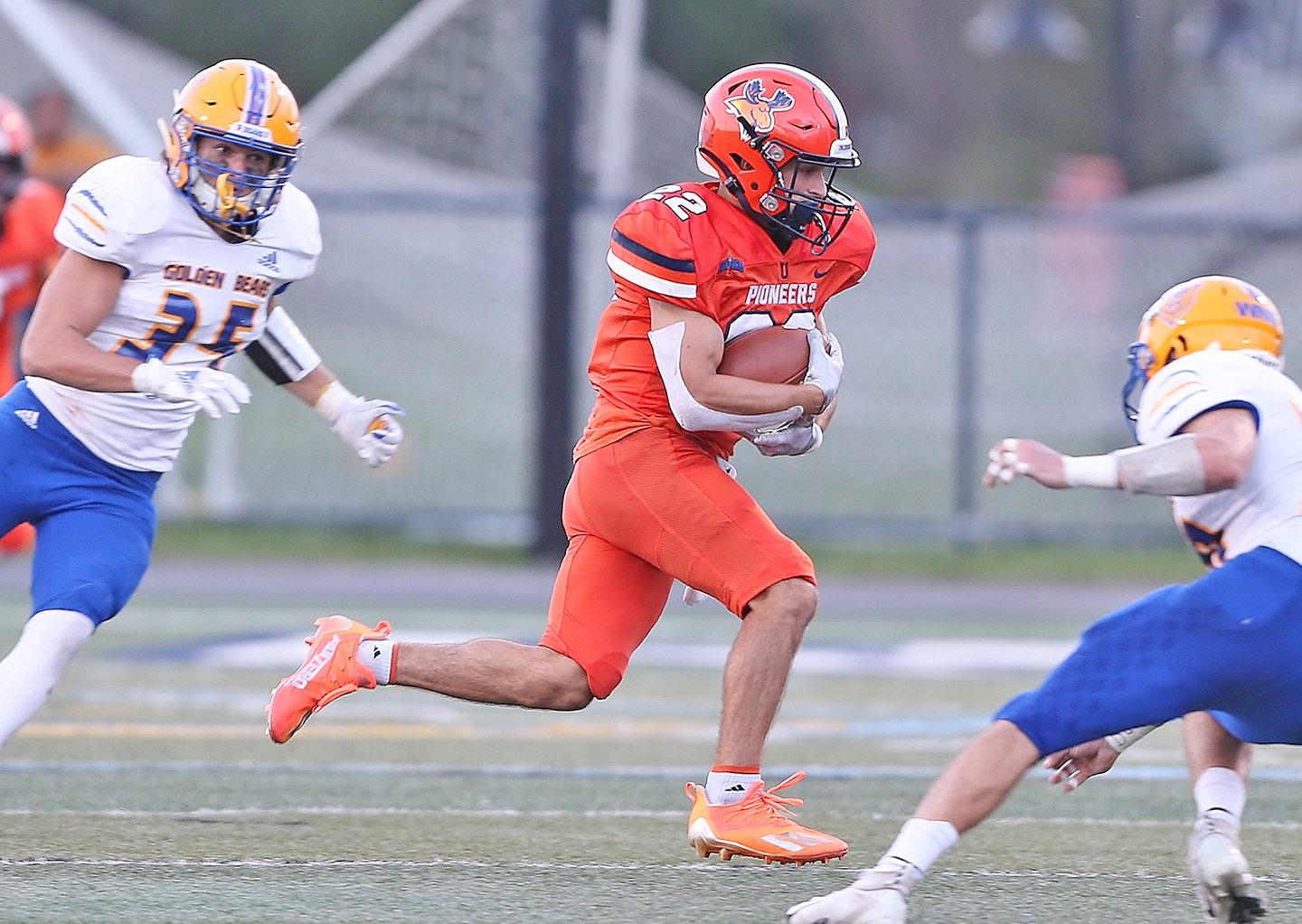 Utica University receiver Nate Palmer, a Vernon-Verona-Sherrill graduate, runs upfield in this file photo from the 2021 season. Saturday, Palmer caught four touchdown passes and had had a career-high 222 receiving yards to help the Pioneers defeat the University of Rochester at home, 43-28, to open the season.
(Photo courtesy of Utica University athletics)
Posted Monday, September 5, 2022 10:10 pm

UTICA — Utica University receiver Nate Palmer, a Vernon-Verona-Sherrill graduate, caught four touchdown passes and piled up 222 receiving yards to help the Pioneers overcome a 14-point deficit after one quarter Saturday at home against the University of Rochester. The team won its opener 43-28.

Palmer, a graduate and co-captain, had a career high in receiving yards. It was the second-most receiving yards by one player in a game in program history. It was also the fourth 200-yard receiving game in the history of the program, and his four TDs tied the program record for touchdowns caught in a game. He also threw a two-point conversion pass.

With Utica trailing 7-0, Palmer caught a 41-yard TD pass from Braeden Zenelovic. In the second quarter he caught a 19-yard score. He had two TDs in the third quarter, one for 39 yards and another for 48.

The game was the fifth annual New York State Tool Believe Bowl at Charles A. Gaetano Stadium. It is a benefit game played on behalf of the Believe 271 Foundation, the Thea Bowman House and the American Cancer Society.

This week, Utica (1-0) hosts Kean University on Saturday at noon.