ALBANY — With the pump price for a gallon of regular gasoline now topping $4 at many service stations, New York's state and local governments are poised to see a bonanza of sales tax … 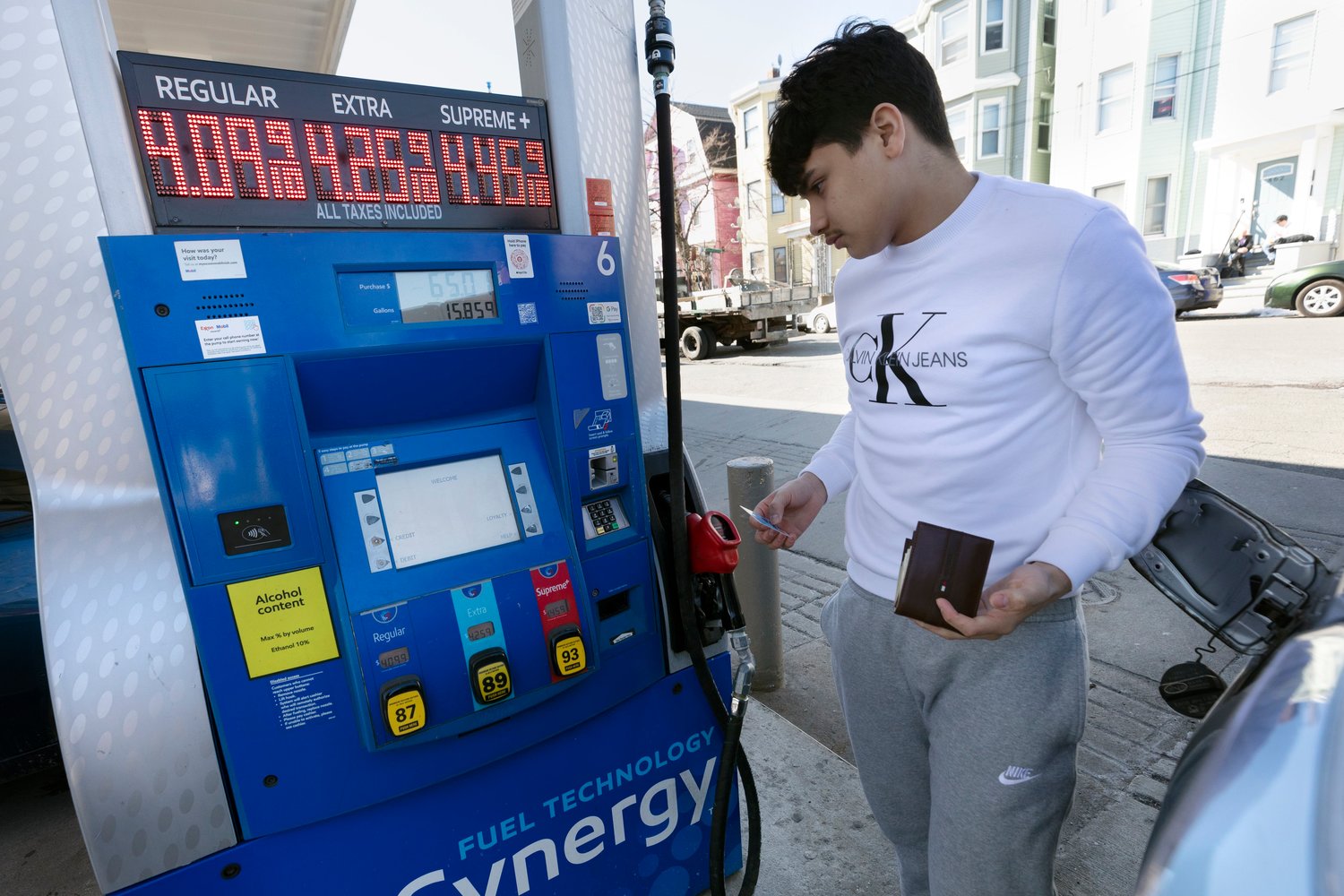 That's because the amount of sales tax paid by consumers is based on a percentage of the total price charged at the pump. Set at 8% in most counties, the sales tax would leave state and local governments with a total of 24 cents per gallon when the price, not including the tax, was at $3. But when the price hit $4, the added sales tax would amount to 32 cents for each gallon.

The sales tax is embedded in the price posted at the pump, so most consumers may never realize the state and local governments are reaping a jackpot of revenue — at their expense.

A total of 45 county governments raked in increases in total gasoline tax revenue of 30% or more in 2021 compared to their 2020 collections. In that same span, the average price for a gallon of regular gasoline jumped from $2.30 in 2020 to $3.04 in 2021. Pump prices have soared again this year.

"With the pandemic starting to move into the rear view mirror, there is an expectation that gasoline consumption will grow in 2022, even with more electric vehicles hitting the roads," NYSAC tax expert Dave Lucas said in a memo to county government officials. "So we expect price and consumption increases in 2022."

The data released by NYSAC showed Niagara County collected more than $1.6 million more in motor fuel sales tax revenue in 2021 than it did in 2020, for a gain of 39.7%.

Across the state, sales tax collections on motor fuel surged 37.8% in 2021, for a statewide increase of $281 million, according to a recent report issued by the state comptroller's office.

While part of the increase in collections is tied to the fact the state economy was reopening in 2021 following pandemic business closures in 2020, officials said the higher pump prices — along with the higher sales tax sums — played a significant role.

At the statehouse, there is a growing clamor to address the increases in tax revenue coming on top of the inflated gasoline prices expected to spiral even higher amid war between Russia and Ukraine.

Assembly Republican Leader Will Barclay, R-Pulaski, said while the root causes of inflation are national and worldwide in scope, there are steps New York lawmakers could take to provide relief to consumers, by capping the sales tax on gasoline and eliminating the sales tax on goods people need in their everyday lives.

"Not everybody can work from home," Barclay told CNHI. "If you're working on a manufacturing line, you can't very well do that. This is hitting rural areas very heavily because we don't have public transportation. We have to drive where we go."

He called the sales tax "regressive," as it is especially costly to the poor and those struggling to scrape by as their expenses spiral higher. He said local governments could be given the option to suspend their share of the sales tax, though they would not be required to do so. The sales tax revenue, under the current arrangements, is divided between the state and local governments.

The higher prices at the pump are bound to exacerbate the inflationary prices in the economy, adding to the costs of goods and services, said Assembly Member Angelo Morinello, R-Niagara Falls.

Morinello said he would support a suspension of the state sales tax on gasoline, at least as a temporary measure until market prices for petroleum products stabilize.

A similar proposal is being advanced by Assembly Member Angelo Santabarbara, D-Rotterdam. His legislation would suspend the state sales tax on gas for a year.

"It can provide immediate relief and help working class families save more of their hard-earned money," Santabarbara said in a statement.

Across the state, New Yorkers are squawking about what they are paying for gasoline, local officials said.

"Our first customer in the door at 8:05 this morning commented that gasoline was over $4 a gallon now," Clinton County Deputy Treasurer Rebecca Murphy said.

In Cooperstown, Otsego County Treasurer Allen Ruffles said the conversation turned to sky-high pump prices before he left his home for work. "I said to my wife as we were getting our kids off to school: 'This is crazy. I'm not driving any more. I'm walking.'"