On a snowy winter weekend, the number of skiers at Osceola-Tug Hill Cross Country ski center might rival that of the whole population of the surrounding town of Osceola in southwestern Lewis County. … 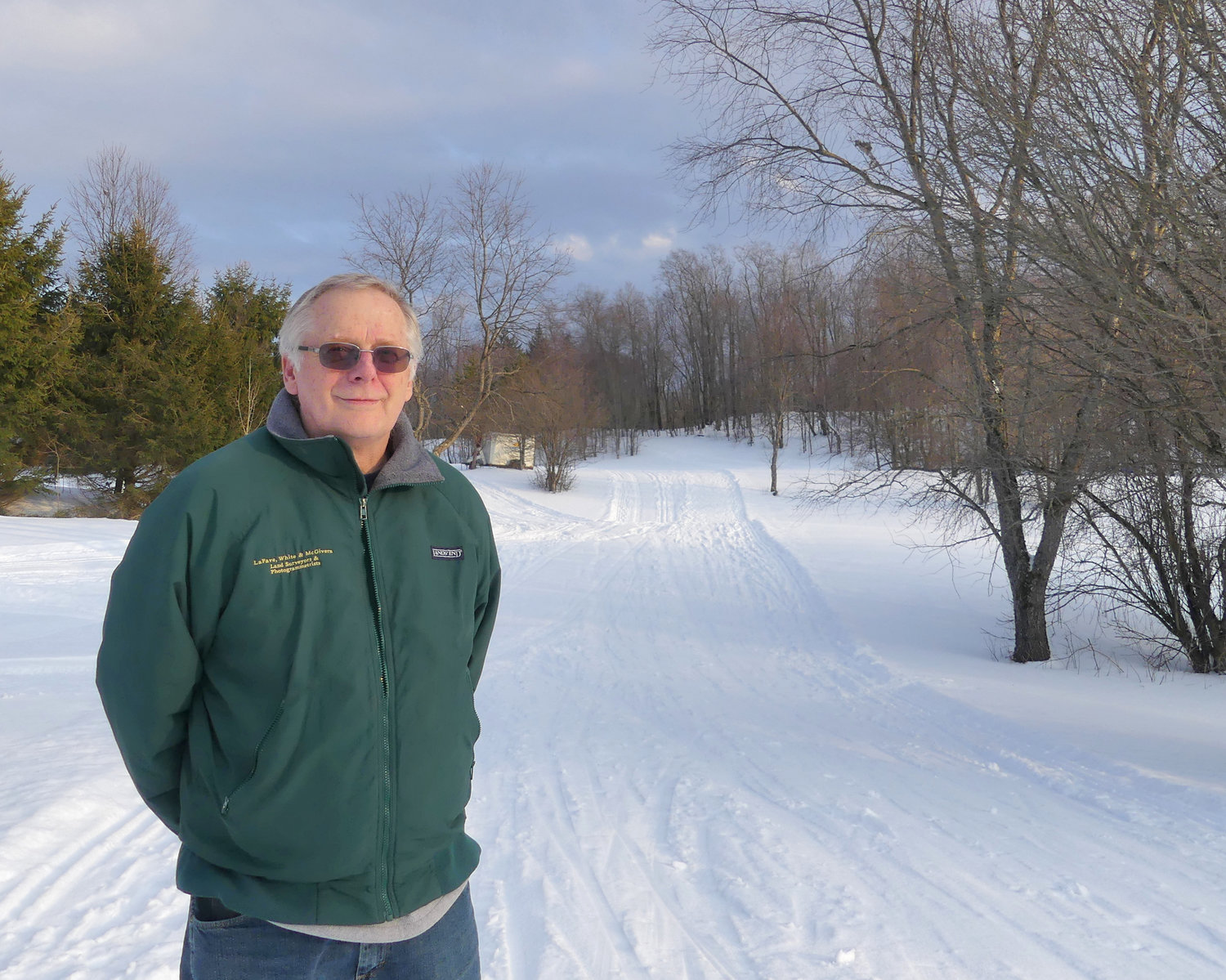 TRAILS FOR SALE — Hugh Quinn poses on a trail near the lodge at Osceola-Tug Hill Cross Country Ski Center. After 39 years, he and his wife, Anna, are putting the center up for sale with plans to retire by by the end of next winter.
(Sentinel photo by David Hill) 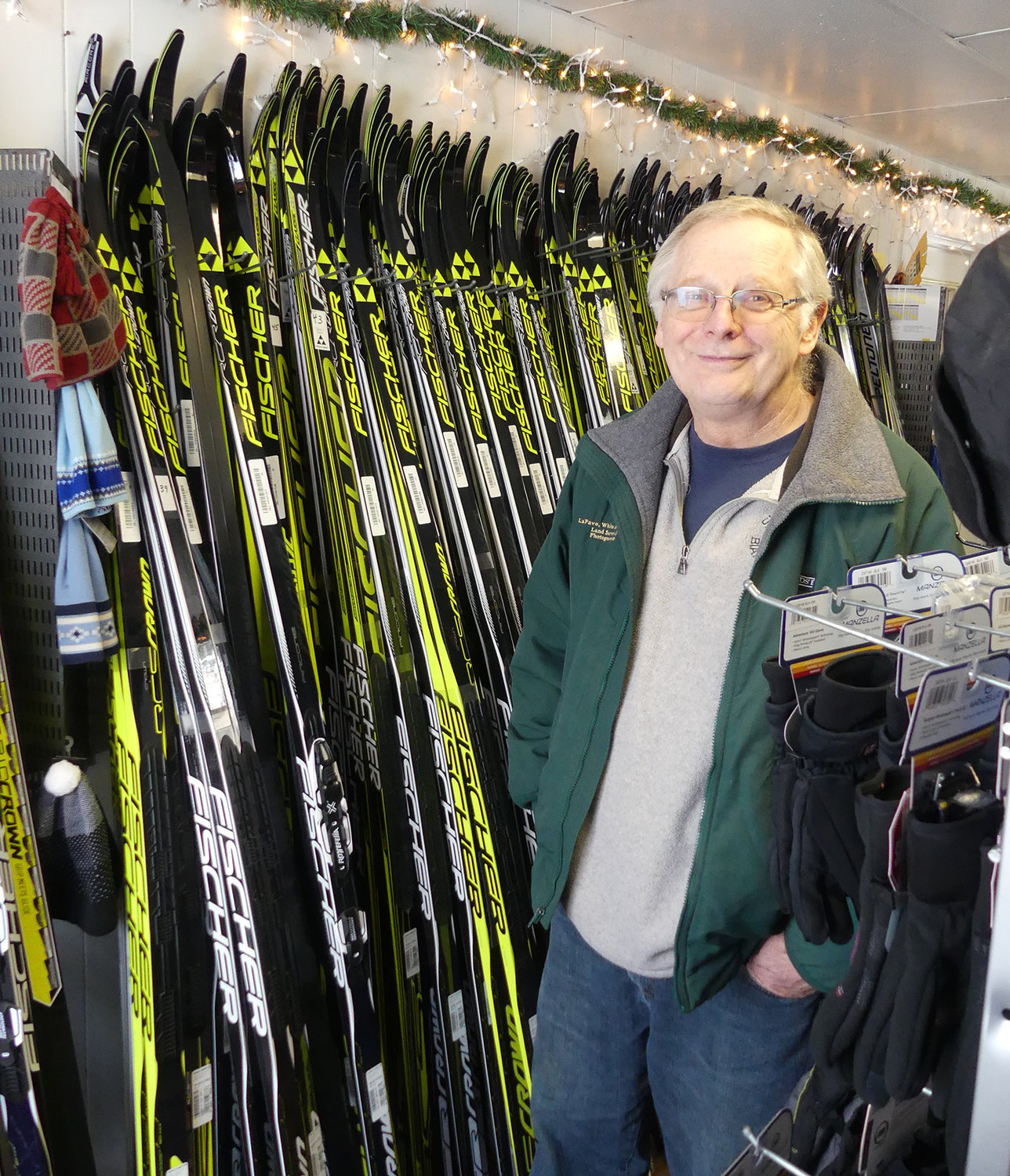 SKI CENTER — Hugh Quinn poses by skis for sale in the retail shop at Osceola-Tug Hill Cross Country Ski Center. The shop is part of the business that is for sale as Quinn and his wife, Anna, hope to leave it in new hands and retire by the end of next ski season.
(Sentinel photo by David Hill)
Previous Next
Posted Monday, February 18, 2019 4:01 pm
David Hill
Staff writer
email

On a snowy winter weekend, the number of skiers at Osceola-Tug Hill Cross Country ski center might rival that of the whole population of the surrounding town of Osceola in southwestern Lewis County.

For 39 years, Hugh and Anna Quinn have run the former dairy farm on land in Hugh’s family since 1903. Its grooming, retail ski shop, lodge, 40 kilometers of trails and above all reliable snowfall approaching 300 inches a year, much of it lake-effect, regularly draws skiers from as far as several states away and as near as Camden, where the high school nordic teams use the center for meets and training sessions. It helps makes the town of Osceola, population about 225 according to the U.S. Census, a draw for snow sports, spinning off customers to regional lodging and food and beverage businesses.

But now, the Quinns want out. They’ve scheduled a meeting for 6 p.m. March 2 at the ski center, 1486 Osceola Road, to explore options with season-pass holders, regular customers, proprietors of area food and lodging establishments and anyone else with an interest. The goal is to have the center remain open, run by an individual, group, or perhaps a governmental, non-profit or college or university. They are selling memberships for the 2019-20 ski season but beyond that aren’t making any promises because they want to retire from a business they’ve run without employees.

“I’m 67 years old, and I’ve done it since 1980,” said Hugh Quinn. “And we basically have got a 2 ½--year-old and a 4 ½-year-old grandkids in Vermont, and we want to spend time with them while they still like grandparents.”

That includes 224 acres of property, two trail grooming machines valued at about $35,000 each, implements pull behind the for grooming for another $12,000 or so, as well as tractors, mowers, chain saws, and $230,000 worth of ski equipment.

Quinn is reducing the annual pre-season inventory purchase this year so that if the center doesn’t sell the cost of the gear inventory would be less.

On the web page on the March 2 meeting, Quinn says another option is selling shares of stock at $1,000 apiece, with a minimum of 200 selling.

The center could work as a working lab for a college or university, or be run as a not-for-profit organization, Quinn said. A state or local-government agency might be interested as well for the economic-development effects, Quinn said, noting that several representative of state agencies came to a similar exploratory meeting several years ago.

“About half the people that ski here come from out of state. And that just boggles my mind, the distances that people travel to go play in snow.”

Among those who travel from away to ski at Osceola are the Bergey family of the Allentown, Pennsylvania family. Todd and Lucie met while competing in biathlon — he for the United States and she for the Czech Republic — and come nearly every Presidents Day weekend, now with their daughters, Sabrina, 17 and Zora, 15. The reliable snow and grooming make the trip worthwhile, they said as Hugh Quinn helped fit rental gear for their daughters, ages 15 and 17.

The Bergeys planned to stay the weekend in Red Camp, the separate house that is the only on-site lodging at Osceola. Most out-of-towners stay at other lodging from as close as four miles to as far as 30 miles away.

Reliable snow is a draw for local skiers like Jeanie Wolcott of Forestport, chairwoman of the cross-country division of the Utica-based GE Ski Club. Trails without fees like those of the Black River Environmental Improvement Association near Boonville draw many skiers, but Osceola is the place when thaws hit, particularly in the spring, she said. The full-line retail shop is one of the few in the area and the only one next to trails, she added.

“They really have an abundance of snow up there in the Tug Hill area,” she said. “They get it usually in feet, not inches, you know.”

“Many free ski areas do not groom every day, and the value of a season’s pass at a ski center is strong,” Brown said.

The association lists 12 member nordic centers in New York, though there may be many more not in the group, Brown said. Those include free and fee-based centers, public and privately owned.

Osceola-Tug Hill is a bus ride of about 15 minutes from Camden High and is used by the school’s nordic ski teams about twice a week on average for training and monthly for competitions, said coach Jeff Moore. Probably 90 percent of the team’s gear is bought there, and its proximity for other gear and supplies are a boon, too, he added.

As for who might take over, Moore drew on his years competing and coaching and working at Mount Van Hoevenburg in college and noted running a nordic center is not for everyone.

“It’s kind of like farming: There’s a lot of work and a lot depending on weather,” Moore said. “But at the end of the day if you like working for yourself and you like the cold, you like snow, interaction with the people, yeah, it’s a great job.”

A deal seemed near several weeks but fell through when the prospective buyer couldn’t get financing through a regional bank’s corporate-level review, and lenders are wary of the seasonal nature of the business, Quinn said.

Other revenue streams could help, and the Quinns considered adding a microbrewery a few years ago, Hugh Quinn said. Food service, lodging and ski lessons would be added revenue streams, and the recent prospective buyer hoped to add banquet-venue service, he added. They’ve thought about such things, too, but are wary of taking on the debt such an expansion would need, he said.

The property has a small cabin for rent, which the Bergeys were using over the weekend, but no other overnight accommodations. Out-of-town overnight visitors stay at lodging facilities anywhere from four to 30 miles away.

The Quinns note on their website that the highest probability for the property if it doesn’t continue as a ski center would be used by an out-of-state snowmobile club. It’s not what they want. Hugh Quinn lived as a child in the house that now serves as the main lodge, returning 39 years ago to turn the land into the ski center, cutting trails and operating it part-time at first while working in other jobs.

“This my legacy, this is what I’ve done my entire life, I want to see it continue,” Quinn said. “But if we do have to close we will sell the property and then I’ll just take the inventory and sell it on the internet, and believe me, that’s not what I want to see have happened.” 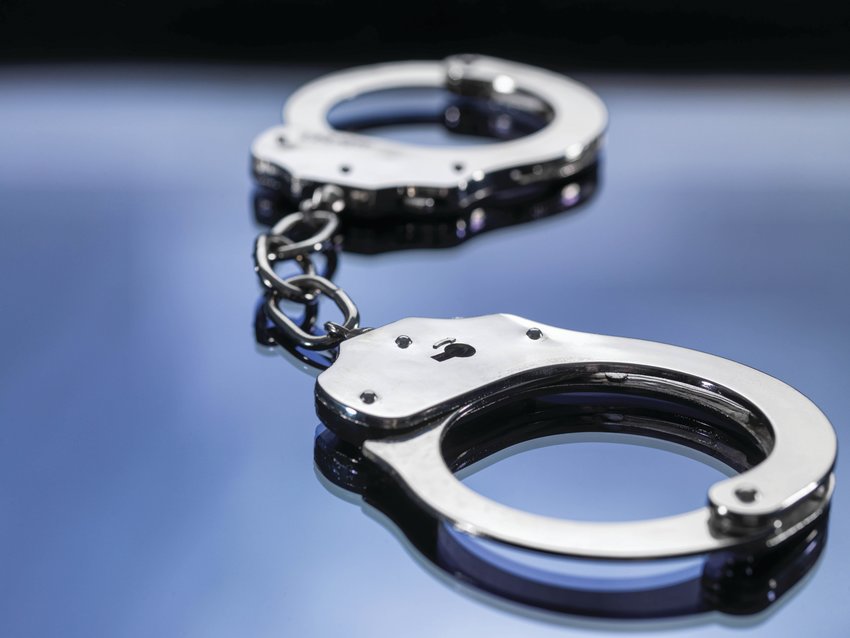