The Clinton boys soccer team won 2-1 on the road against Adirondack Wednesday in the Center State with a game-winning penalty kick goal in overtime. 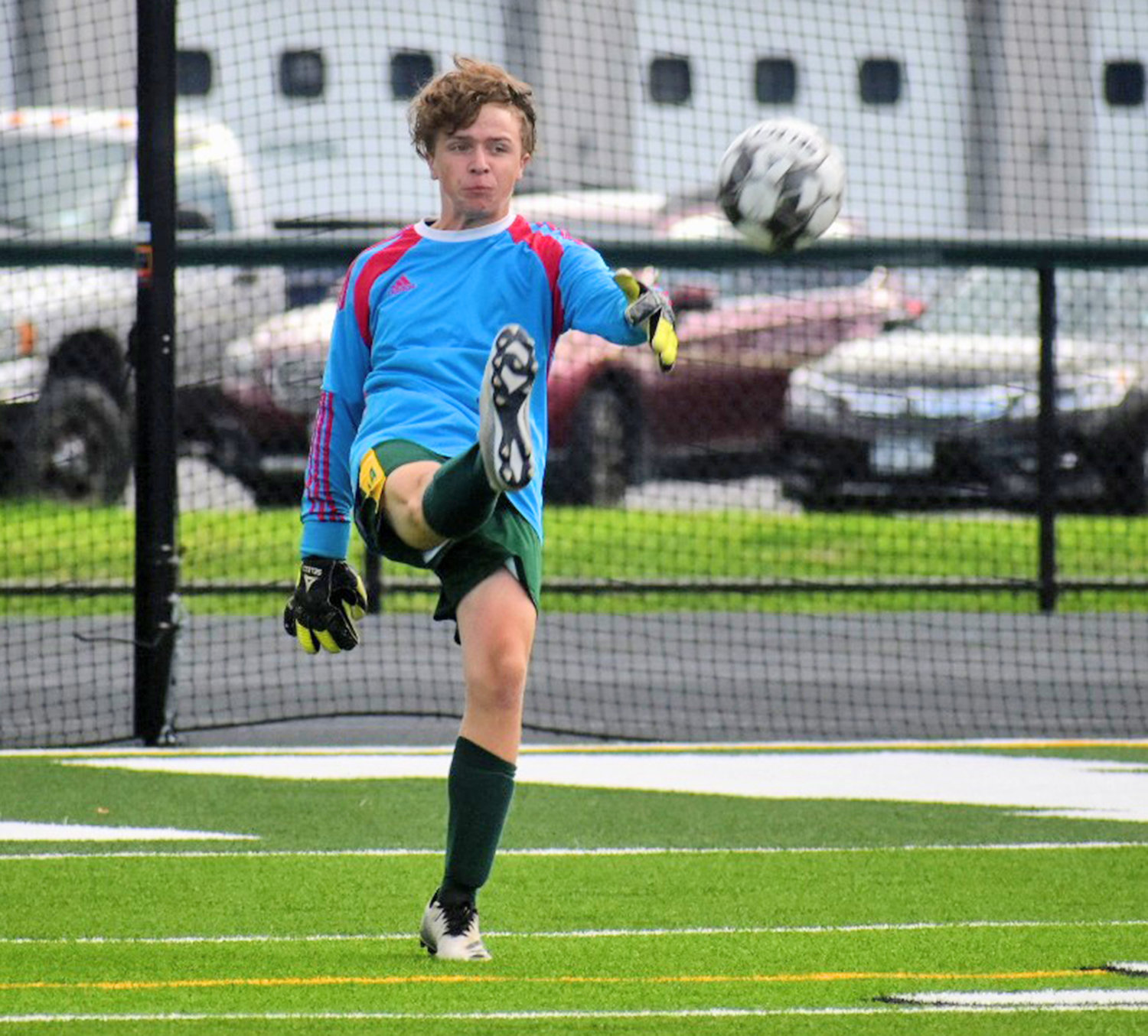 The Clinton boys soccer team won 2-1 on the road against Adirondack Wednesday in the Center State with a game-winning penalty kick goal in overtime.

Henry Schweitzer scored once in the second half and then converted from the penalty spot for the game-winner.

Warriors’ goalie Landon Stilz stopped one shot in the win.

Alex Pflug scored for the Wildcats, assisted by Dylan Sousa.

Kaiden Bailey made 21 saves in net for Adirondack.

Clinton hosts Utica Academy of Science at 4:30 p.m. today in the league.

Adirondack hosts Little Falls at 4:30 p.m. today in the league.

The Westmoreland-Oriskany boys soccer team suffered its first loss of the season Wednesday, a 2-1 defeat against Utica Academy of Science.

Goalkeeper Luismark Martinez made three saves to earn the win.

Anthony Sawanec had the Bulldogs’ lone goal, on an assist from Jack Tamburino.

David Cronauer made four saves for the Bulldogs.

The Vernon-Verona-Sherrill field hockey team edged out New Hartford for a 3-2 Tri-Valley League win on the road Wednesday.

Meredith Guertin, Grace Croft and Carmella Garcia each had a goal for the Red Devils. Garcia also had an assist.

Ella Greico and Alana Demkowitch scored for the Spartans.

Gretchen Grimm scored both goals for the Clinton field hockey team in a 2-1 win over host Little Falls Wednesday in non-league play.

Skyler McFadden and Gabby Gemelli each tallied an assist for the WArriors.

In net for Clinton, Chloe White made eight saves.

The Whitesboro field hockey team shut out host Oneida 5-0 in the TVL Wednesday.

Antonia DiCesare and Gianna Ross each had a goal and an assist. Avery Davis, Riley Collis and Casey Clausen also scored. Talia Nash added an assist.

In goal for the Warriors, Isabella Irizarry made seven saves for the shutout.

The Herkimer field hockey team collected its first win of the season Wednesday, 2-1 over visiting New York Mills in the Center State.

Goalkeeper Hannah Minguela made two saves for the Magicians.

Lauren Kulpa was in goal for New York Mills and had six saves.

Morgan Russo made 38 saves in goal for CVA.

HP improved to 2-2 on the season and will visit Johnstown for an 11 a.m. start Saturday in non-league play.

CVA visits Vernon-Verona-Sherrill at 7 p.m. Monday in the league.