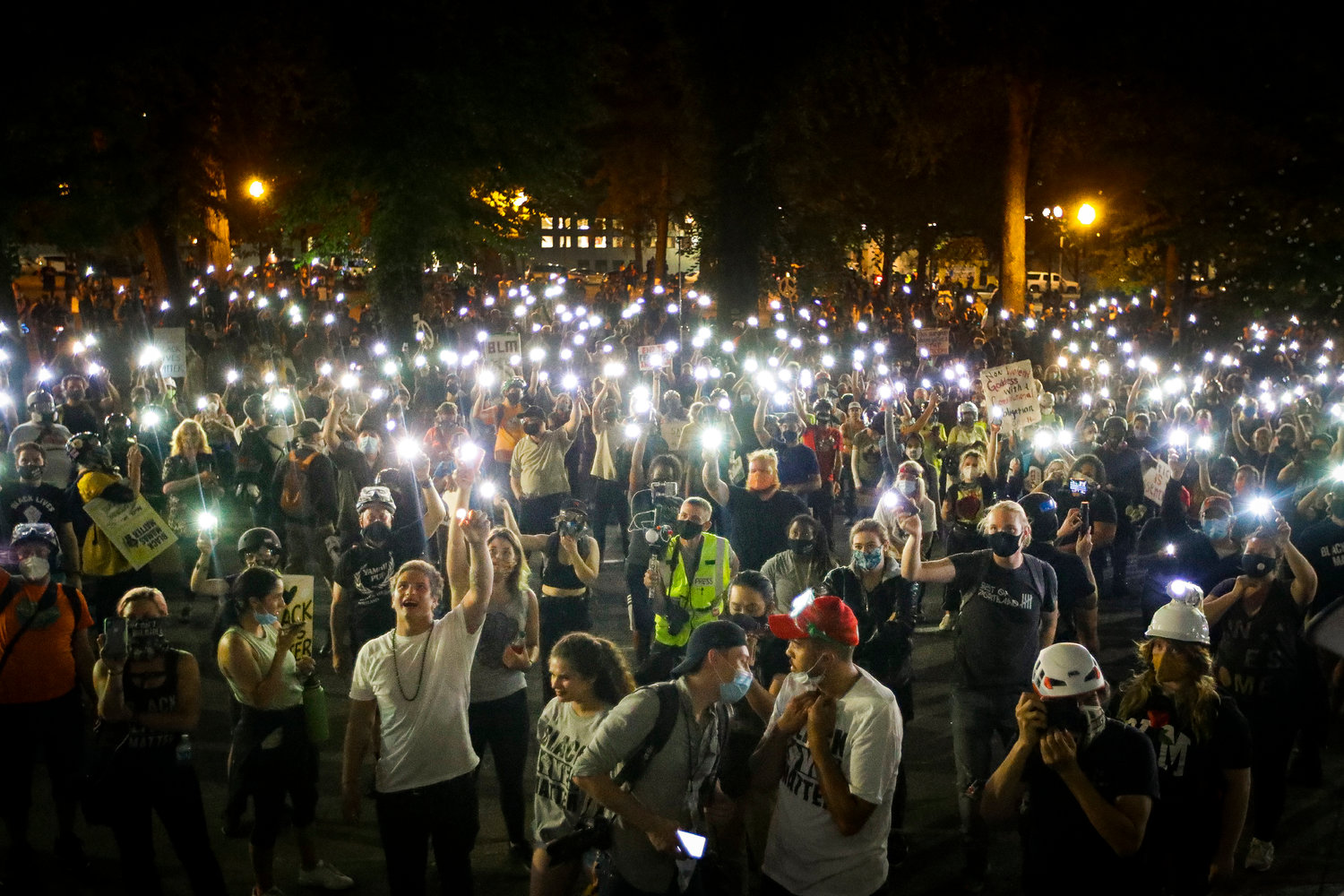 PORTLAND, Ore. — The Trump administration and Oregon leaders announced that U.S. agents guarding a federal courthouse during violent demonstrations in Portland will pull back, but the announcements conflict as to whether the pullback will begin now or after peace is restored.

Oregon Gov. Kate Brown said Wednesday agents with U.S. Customs and Border Protection and Immigration and Customs Enforcement will begin leaving the city’s downtown area on Thursday, but Acting Secretary for the Department of Homeland Security Chad Wolf wouldn’t specify where they would go.

He insisted a federal presence would remain in Portland until the Trump administration was assured the agreement was working and the Oregon State Police was sufficiently protecting federal property.

Interspersed among peaceful demonstrators, others have thrown fireworks, flares, rocks and ball bearings at federal agents, used green lasers to blind them and spread graffiti over the face of the Mark O. Hatfield Federal Courthouse.

“I want to be clear about this, the entire DHS law enforcement presence in Portland will remain in Portland, whether they’re staying inside the courthouse, next door or a different location,” Wolf said on a call with reporters.

Oregon State Police Superintendent Travis Hampton said his agency would deploy a special operations team and some uniformed troopers to the courthouse for a two-week rotation. The agency hopes its efforts will allow the protective fence to be removed and “restore a semblance of normalcy,