ONEIDA — Oneida senior tennis player Seth O’Connell has been on the varsity team for five seasons. On Wednesday he got to the semifinals of the Section III Class B first singles post-season … 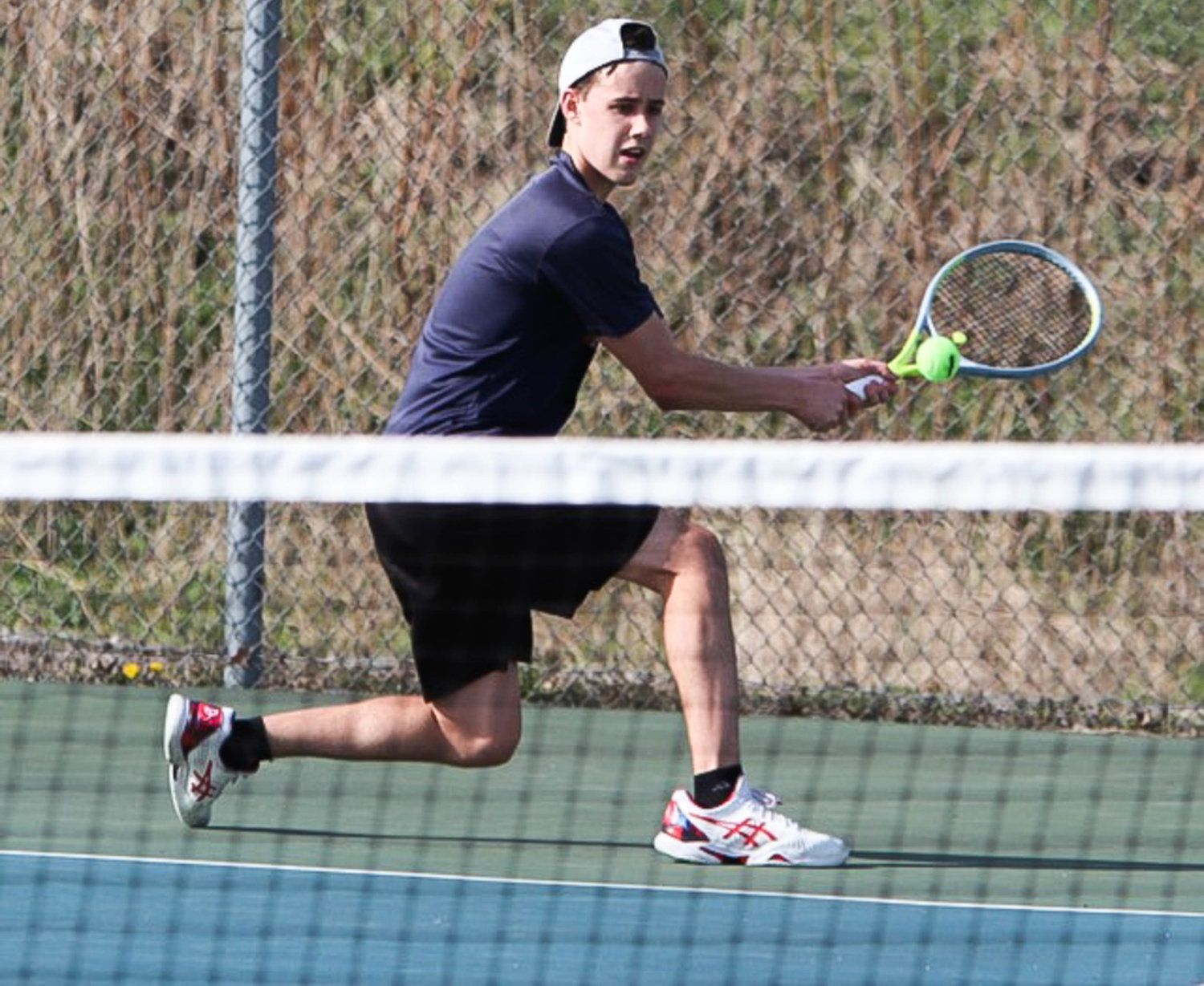 Oneida senior Seth O’Connell has been a team leader as the primary first singles player for the team. Though he lost in the semifinals of the Section III Class B first singles tournament Wednesday, he got far enough to earn a spot in the state qualifier tournament.
(Photo submitted)
Posted Friday, May 20, 2022 8:00 am
Steve Jones
Sports writer
email / twitter

ONEIDA — Oneida senior tennis player Seth O’Connell has been on the varsity team for five seasons. On Wednesday he got to the semifinals of the Section III Class B first singles post-season tournament, far enough to make it to state qualifiers.

O’Connell was the five seed despite only dropping one match this season. Unfortunately for him, it was to the player he met up with in the semifinals, New Hartford’s David Fenner, the top seed. He lost 7-5, 6-4. It was another close match after he lost to Fenner 7-5, 7-5 in the regular season.

Do you prefer playing singles over doubles?

O’Connell said he’s played more doubles over the years on varsity, but singles is where he perfers to be. “I’ve always been better at singles,” he said. “I like only relying on myself and having no one else to blame. Helps me to get even better.”

He said he also likes being in the first match of the day, to have the opportunity to give his team a 1-0 lead in the five-match contest. “The most important win at the top spot. It means more to me to beat the best player on every team.”

“I wanted to play first singles all season and go pretty much undefeated,” he said. He dropped only one regular season match, to Fenner. “I wanted to get a lot better because I’ll be playing in college next year. I wanted to prepare for playing at Le Moyne (College) in Division II, which is a much higher level than where I’m playing at right now.”

“Our team didn’t have a lot of depth,” he said, so the goal was to lean on the strong singles players. “We wanted our top guys to get three titles” in Sectionals and go to state qualifiers. He and Spencer Ingmire did earn spots at state qualifiers.

“My struggle has been my serve. And it was the best it’s been today,” he said after competing in the Section III tournament. He added, “I wanted it to meet up to where my other strokes are. You don’t want to have any missing pieces.”

He’s headed to Le Moyne College to study to become a math teacher. He’ll also be playing tennis there.

Is there an athlete you look up to? What is it about them you like?

His answer is 20-time Grand Slam champion Novak Djokovic. “He never really gives up. He’s the king of coming back from two sets down. He’s really inspirational.” He also said, “He’s probably one of the three best players ever. He and Roger Federer were the ones who made me want to play tennis.” He said he watched Federer growing up and The Joker now.