After 23 years in law enforcement, Oneida Police Chief John Little is retiring. Little had considered this retirement even before taking the position of police chief in November 2020. 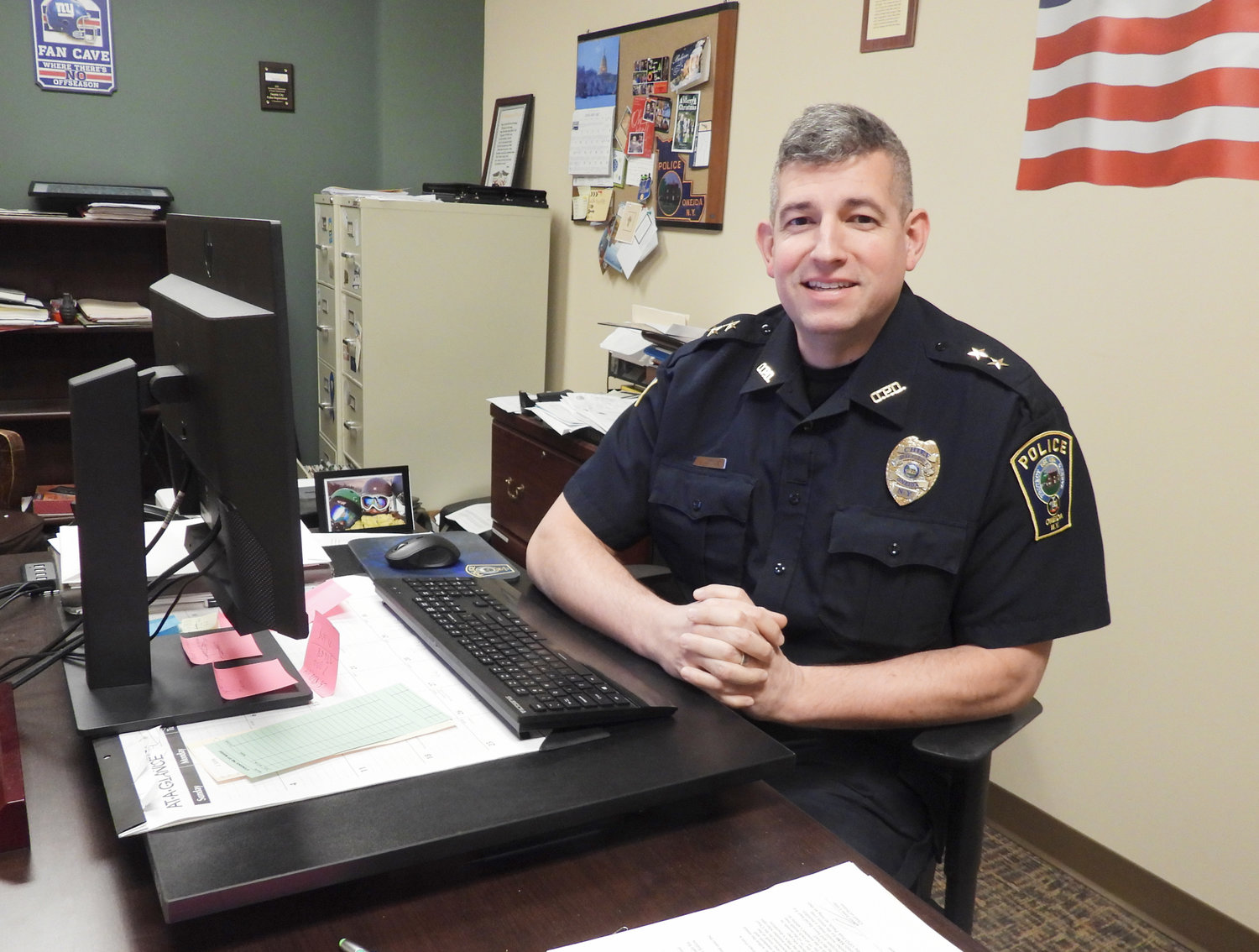 Little had considered this retirement even before taking the position of police chief in November 2020. It was an idea he had been tossing around and now seemed like the right time, he said.

“I’ve spent a lot of time weighing this,” he said. “As much as I love it, this is my 23rd year in law enforcement, and it’s becoming increasingly rare for police officers to stay for 30-plus years. And while I still have plenty of gas in the tank, I feel good, I’m healthy, and still feel I have the energy to [be police chief], I feel I’d rather leave while feeling that way. I don’t want to leave when I run out of energy.”

Little started his law enforcement career in 2000 with the Oneida County Sheriff’s Office. In 2002, he joined the Oneida Police Department under then-Police Chief David Meeker.

“It’s been an absolute privilege to be in this role,” he said.

Little started as a patrolman before beng promoted to investigator, then to sergeant of investigations, a lieutenant on the night shift, and then to an administrative lieutenant. He said he was used to being hands-on and right there in front — so the chief position had been a change.

“I was used to being there and handling things. It had been a challenge shifting away from that while in this role as the police chief, and while I felt it wasn’t always me, I’ll always be proud of connecting with the community and their support of the department,” he said.

“Oneida has the most supportive group of citizens in this area. I think connecting with people is something I’ll always hold with me,” he said.

Little wishes that he could sit down once more with Meeker.

When asked who might fill his position, Little said that it has yet to be decided and would be up to the public safety commissioner, according to the Oneida City Charter.

“Most of all, I’ll miss the officers here,” he said. “They’re my second family. “I’ll miss those times during shift briefing or those odd-hour meals or sharing stories and experiences. It’s been the last true campfire in this digital age — relating to someone and building camaraderie.”

When asked what the future holds, Little said he and his wife planned to get their RV out of storage and go on a road trip, traveling for a couple of months while they clear their heads and determine what is next on the horizon.

When asked where they planned to go first, Little smiled and said, “Myrtle Beach.”