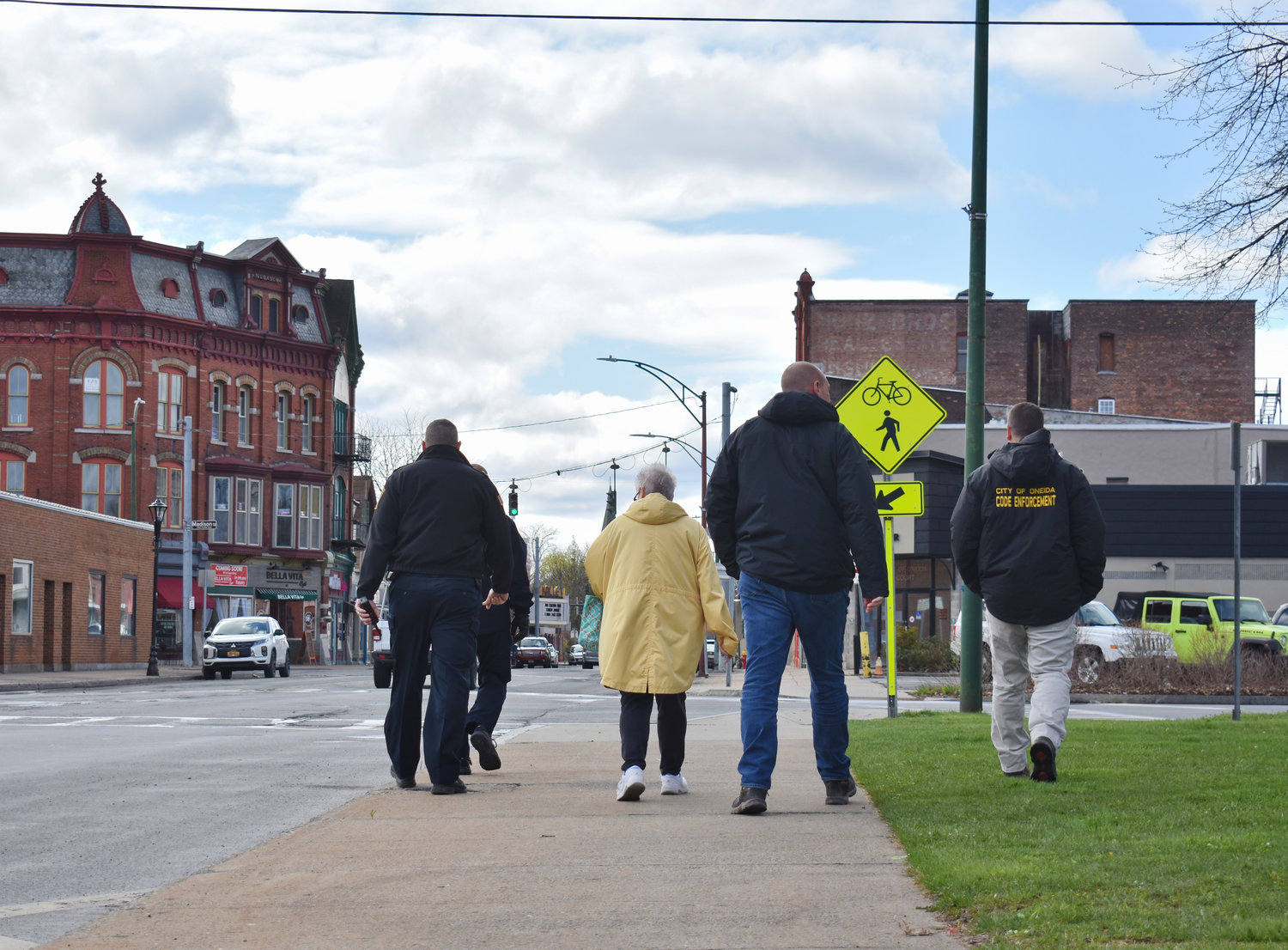 City officials take to the streets to say hello to businesses and residents as part of Operation: Walk Oneida.
(Sentinel photo by Carly Stone) 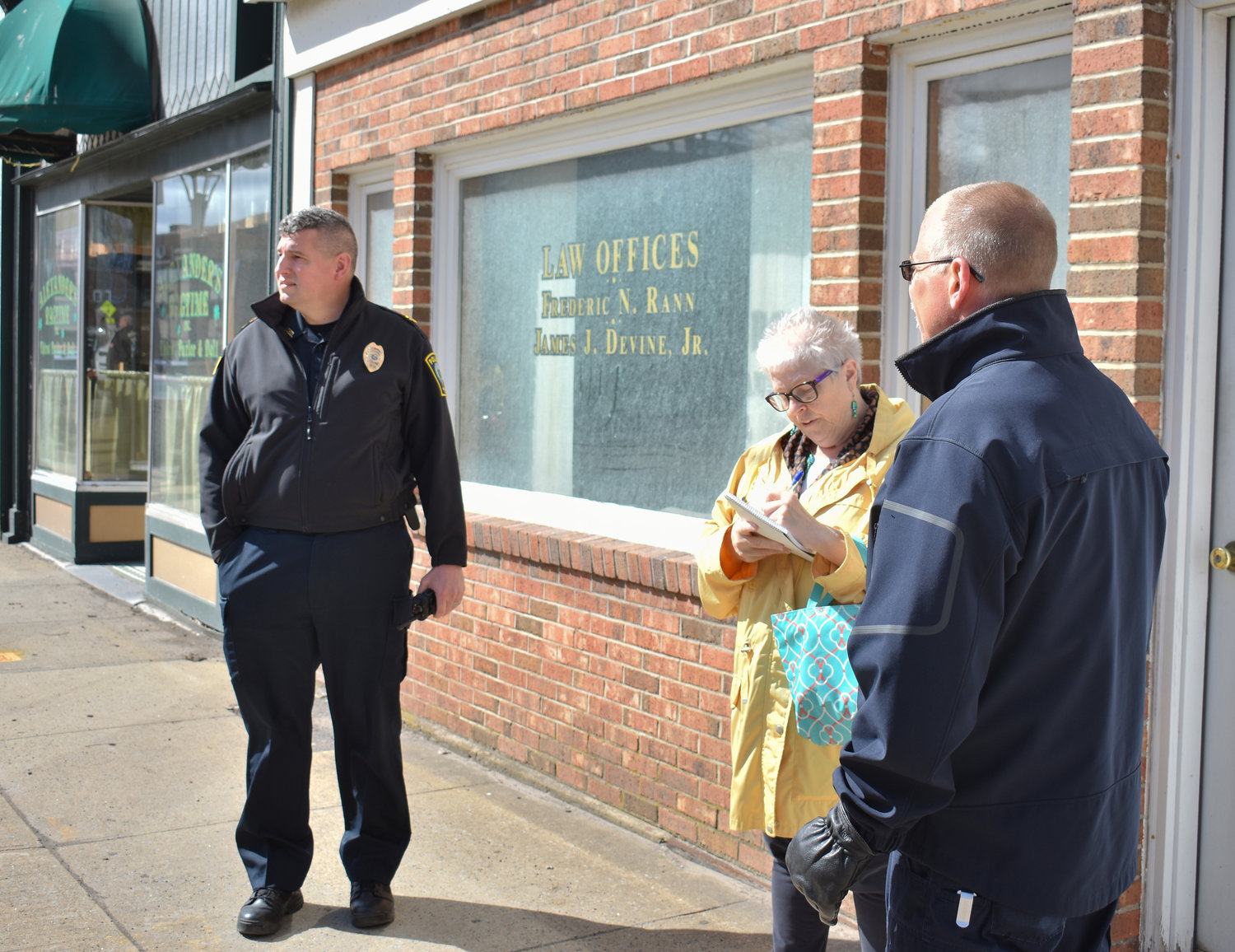 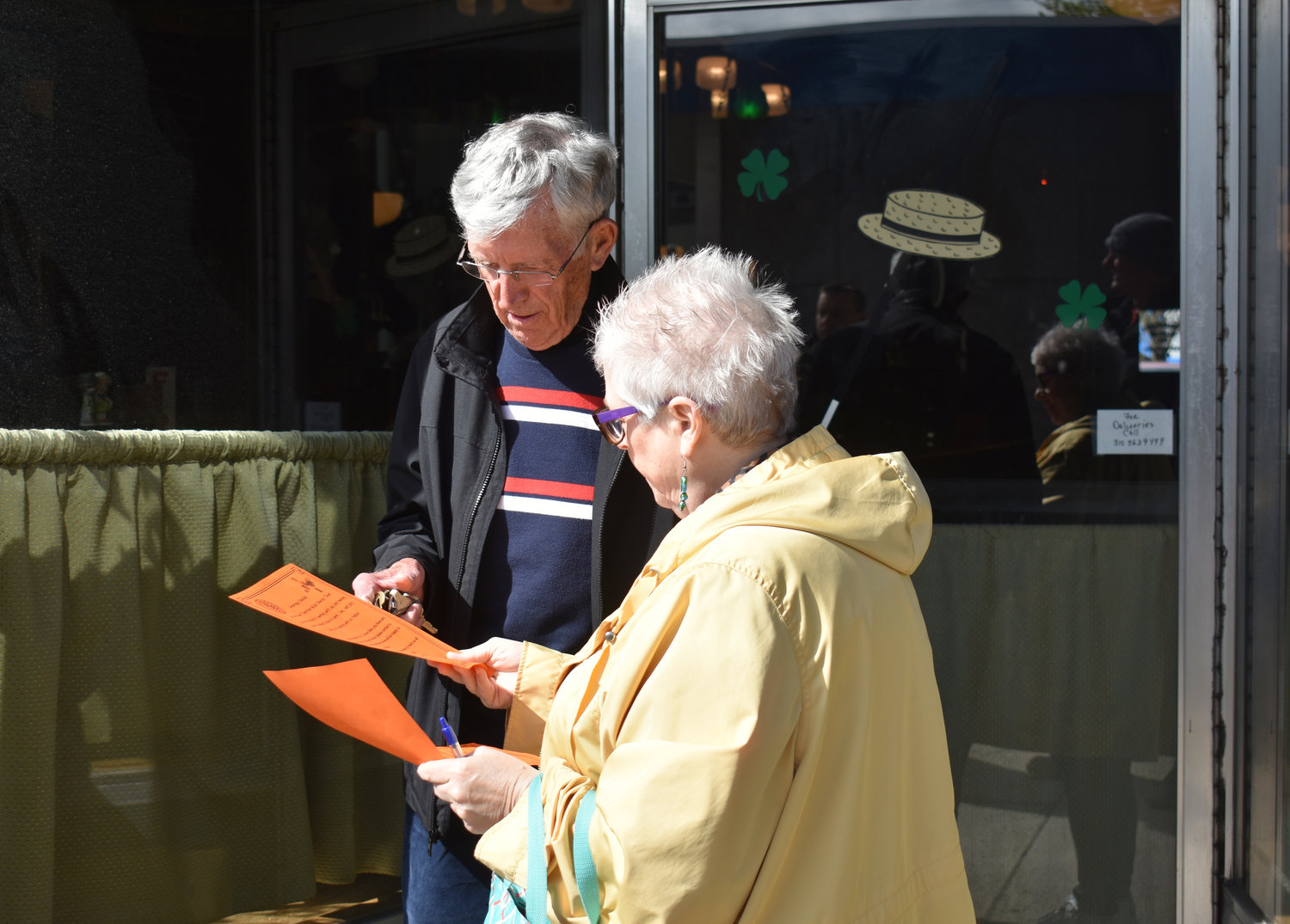 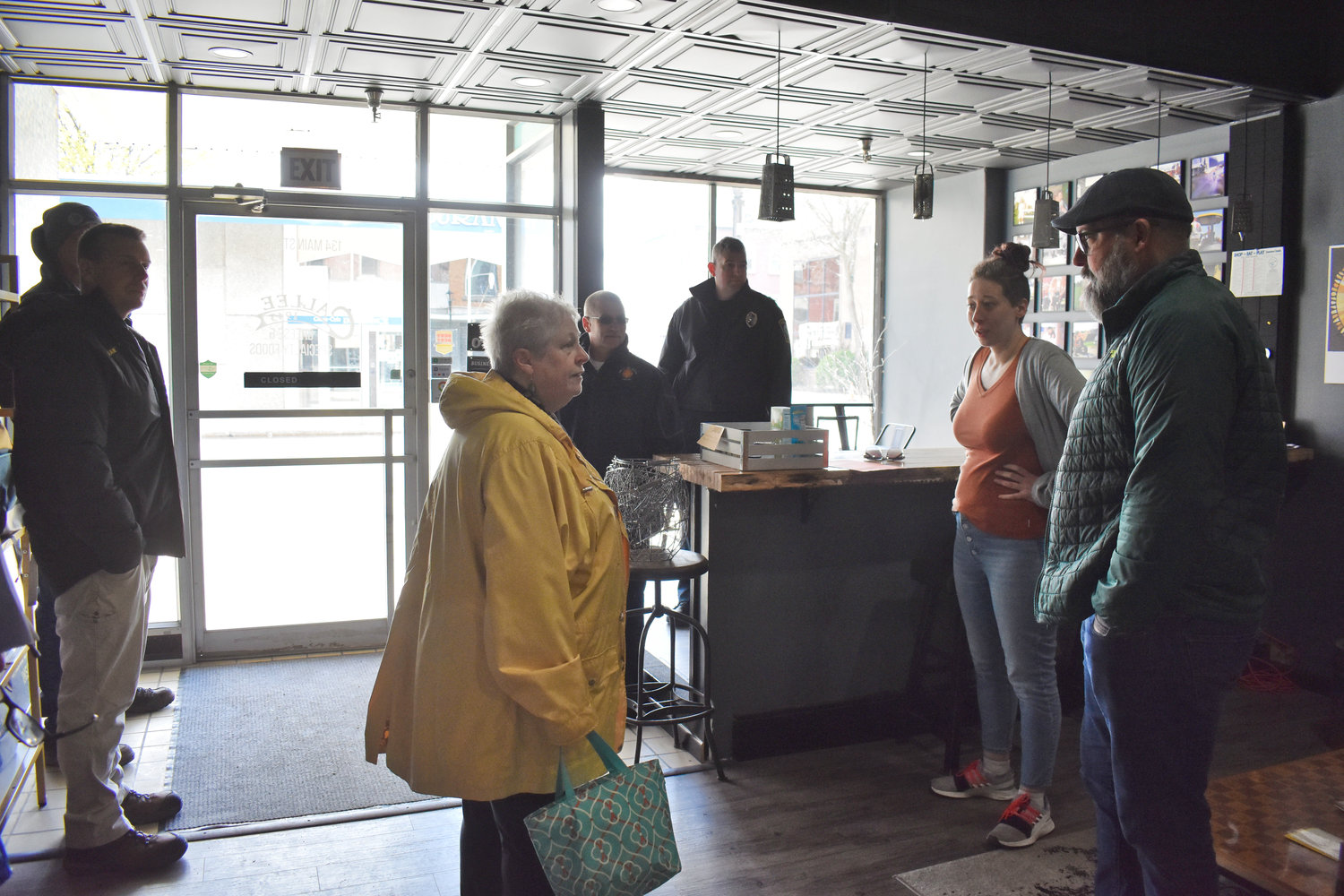 ONEIDA — City officials took Oneida in stride on Wednesday morning to kick off Operation: Walk Oneida, a new initiative to connect with the community.

“We are dedicated to working with you and making Oneida a wonderful place to work, live, and play,” reads a flyer the team handed out to business owners as they walked down Main Street, stopping into every storefront along their way. The group plans to venture out each week, reaching new parts of the city as they go.

The team’s attitude is friendly: they’re not out to get anyone, Acker says. The goal of Operation: Walk Oneida is to get department heads on the ground to put a face to the name and spark opportunities for discussion with residents and city stakeholders. They can bring up the good, bad, or anything in-between. “We want to hear it all,” Acker said.

“I think it’s a good idea,” said Bob Alexander, owner of Alexander’s Ragtime. He was pleased to say hello to the city officials on Wednesday.

Included in the flyer were the phone numbers of each official and an email to direct comments, questions, or concerns.

The initiative isn’t just about connection with civilians, it’s also about inter-department connection, too. As the officials walk, they can express their own concerns and ideas to bounce off one another. The conversation is organic, providing opportunities for discussion that would not as easily be facilitated over email or another setting.

In addition, Acker and others observed their surroundings along their route to make note of things in the city needing fixing. A few things Acker noted were the sediment on the sidewalks left behind from winter plowing, which could use some sweeping, dusty windows that could use a wipe down, and several bumps and cracks along the pathways that were worth a second look.

Operation: Walk Oneida will take place for an hour on Wednesdays starting at 10 a.m.