The building at 140 Madison St. in Oneida may soon stand no more. During Tuesday’s common council meeting, the council deemed the structure unsafe. 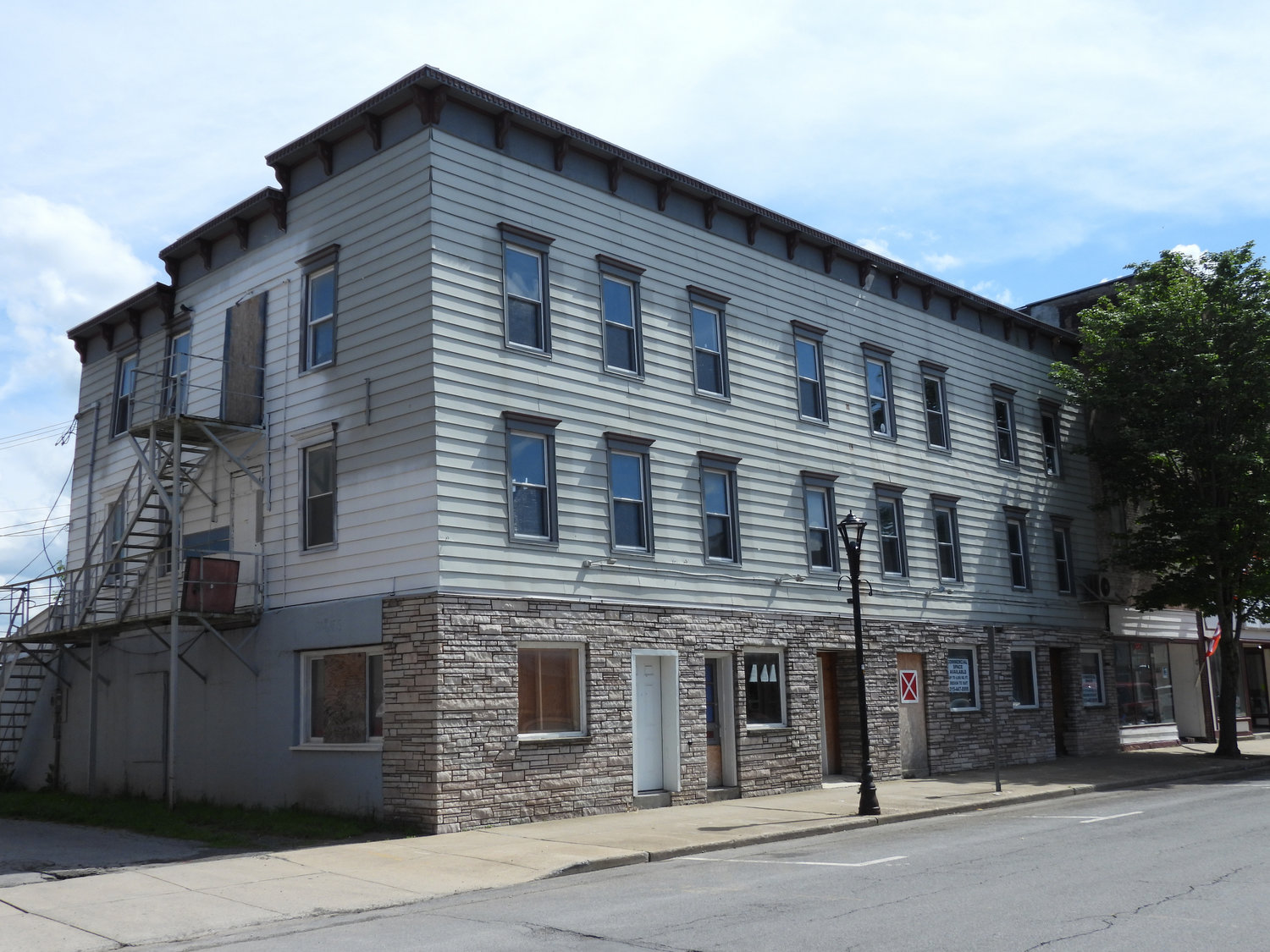 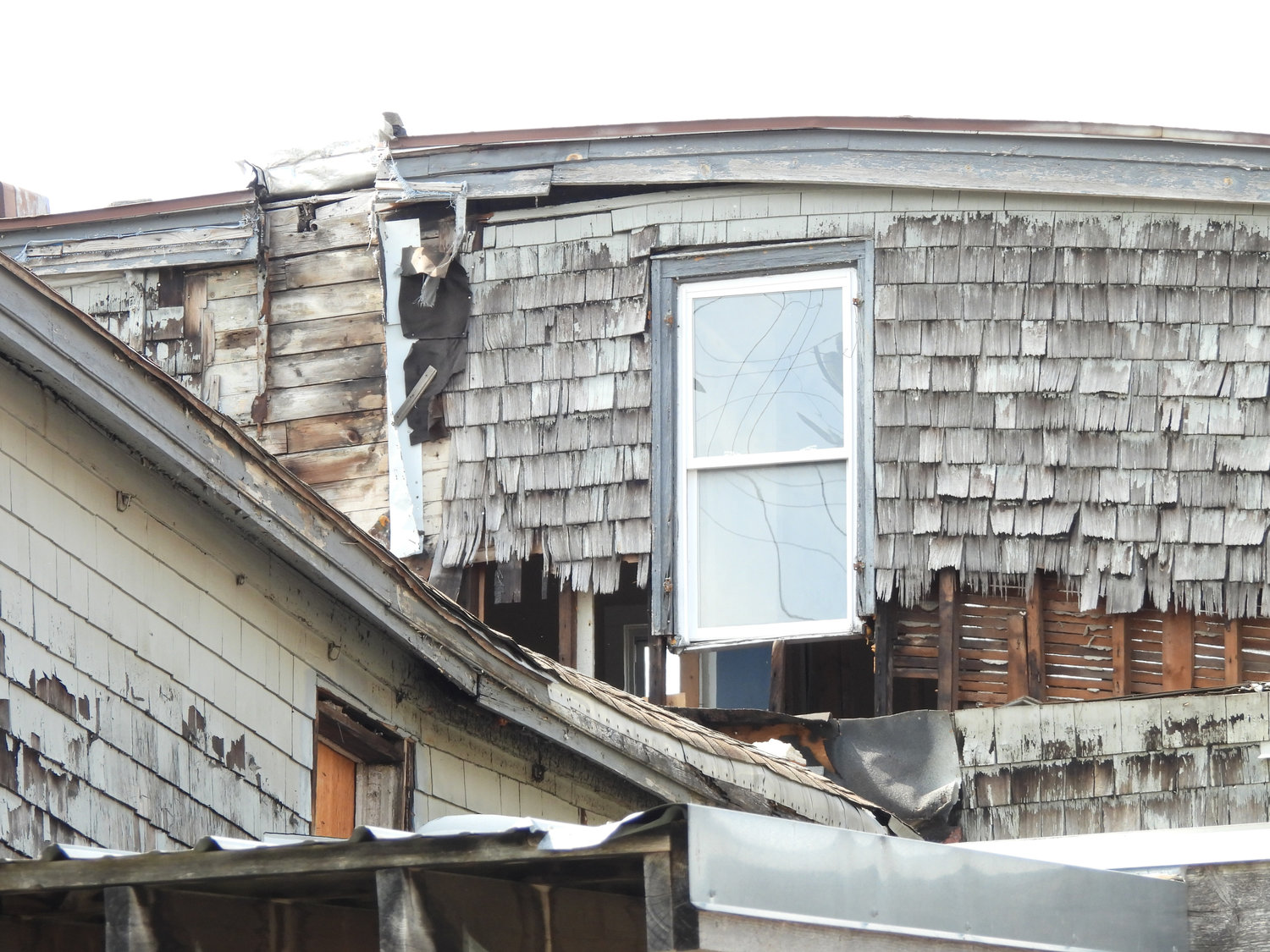 A view of the back of a structure at 140 Madison St., where the building’s wall has given way. Oneida officials have ruled the structure is unsafe and ordered its demolition within 90 days.
(Sentinel Photo by Charles Pritchard) 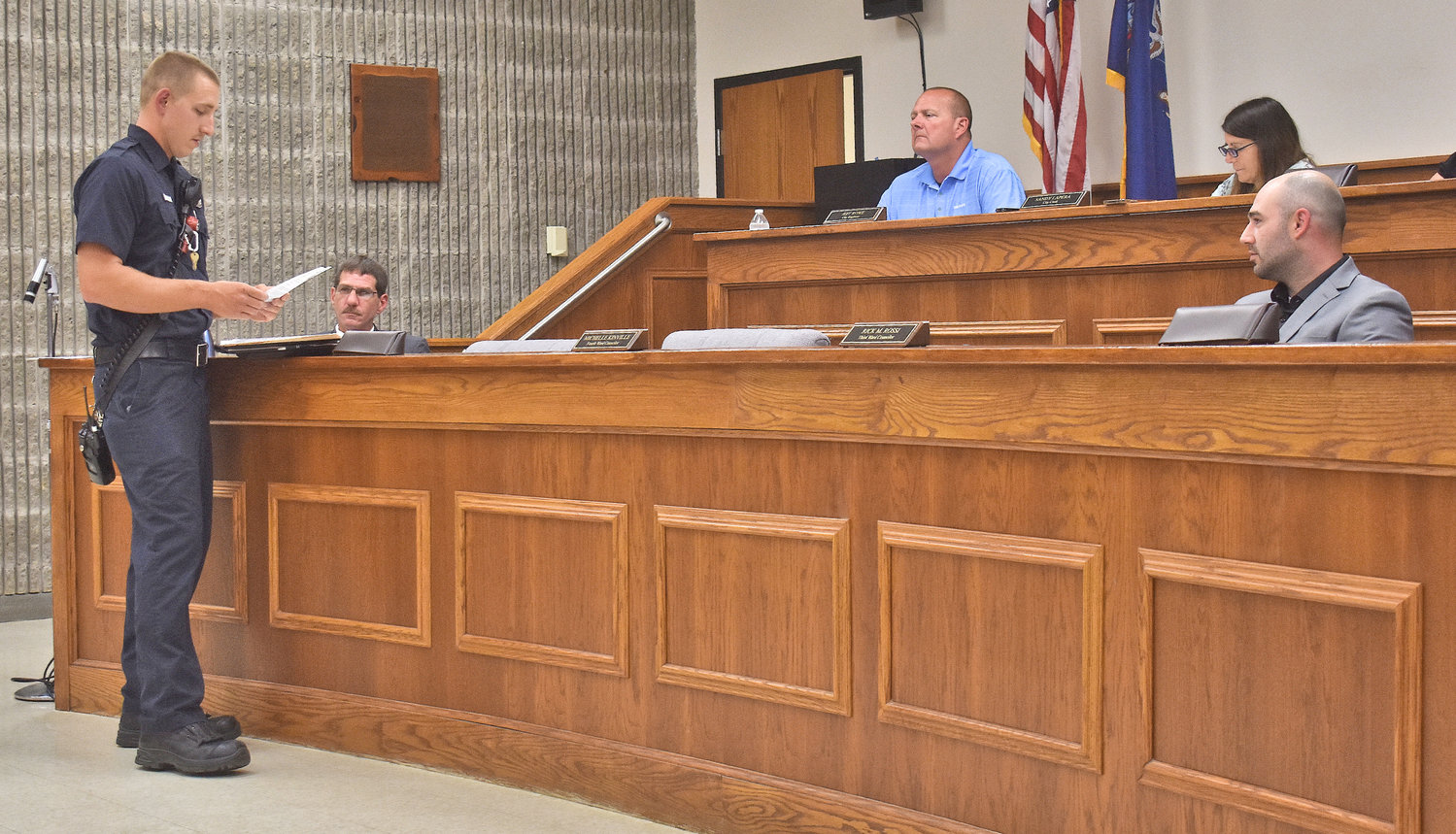 ONEIDA — The building at 140 Madison St. may soon stand no more. During Tuesday’s common council meeting, the council deemed the structure unsafe and ordered the property owner to demolish the structure within 90 days from June 8.

Recently, his team conducted a vacant-building inspection on the property, he shared. “During our inspection, we noted the exterior wall to the left of the building bowing out significantly.” He added, “the last time we were in the structure, the interior of it was deteriorating.” There was not much supporting the third floor, he said, though he admitted some “fantastic” work was done to fix/rebuild the first floor and basement area. Towards the back of the building, Burkle said that he could look up from the basement and see through each of the floors. “It was wide open.”

Burkle said he was alerted by the city’s codes department of the roof sinking in. His team investigated the matter, which resulted in cutting power from the property at the poles. He provided a picture of the collapsing roof for the council’s review. “It’s just becoming worse and worse. There’s a giant hole in the middle of the building,” he commented.

Burkle said he had also been in contact with engineers who were previously contracted by the property owner. He said the engineers are also concerned about the structure’s integrity and do not deem it safe.

According to the fire marshal, the structure is in violation of several codes.

There’s a building attached to the right of the structure, but it has not yet been determined if the two share a wall. Ward 6 Councilor Tom Simchik said he would like this matter to be confirmed, to which Burkle said that could be arranged. Burkle’s primary safety concern, however, is not with the connected building, but the building next door to it, which he said houses a law firm. If the structure were to collapse, “it would hit the other building and anyone maybe walking in the alleyway or parking a vehicle” in the space between the two buildings, he said.

No one spoke on the matter during the public hearing, and no one appeared on behalf of the property owner, who has not been named by officials.

Bell shared that the city tried to mail notice of the hearing regarding the structure’s safety to the property owner, but all mailed notices were returned to sender. She explained that it is a property owner’s responsibility to provide the municipality with an updated address. As a result of this failure to give notice via mail, the city posted the notice on the building itself, per the city’s code, she said.

Due to the imminent nature of the building’s risk to public welfare, the council elected to forego regular procedure and voted on Tuesday to declare the building unsafe and to order the property owner to demolish the structure, return it to grade, and remove all demolition debris within 90 days from June 8. Should the property owner fail to complete the order within the time frame given, the city can then take action itself, with the cost going back to the property owner. The cost will result in a lien assessed against the property, Bell said.