The Oneida and New Hartford softball teams each claimed two top awards from the Tri-Valley League. 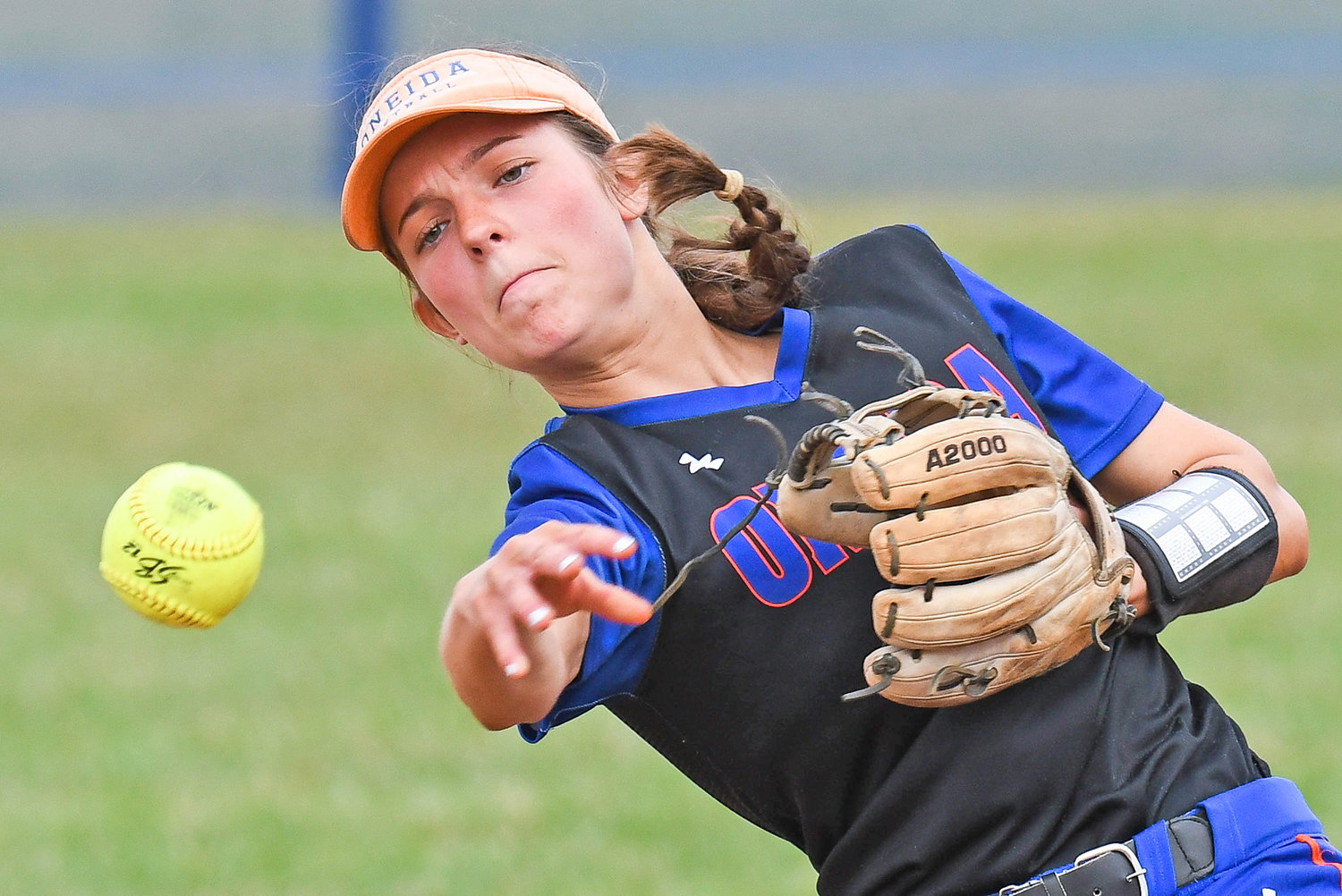 Oneida shortstop Kaylin Curro throws the ball to first base during a game against Utica-Notre Dame earlier this season. The senior was selected as the Tri-Valley League’s player of the year.
(Sentinel photo by Alex Cooper) 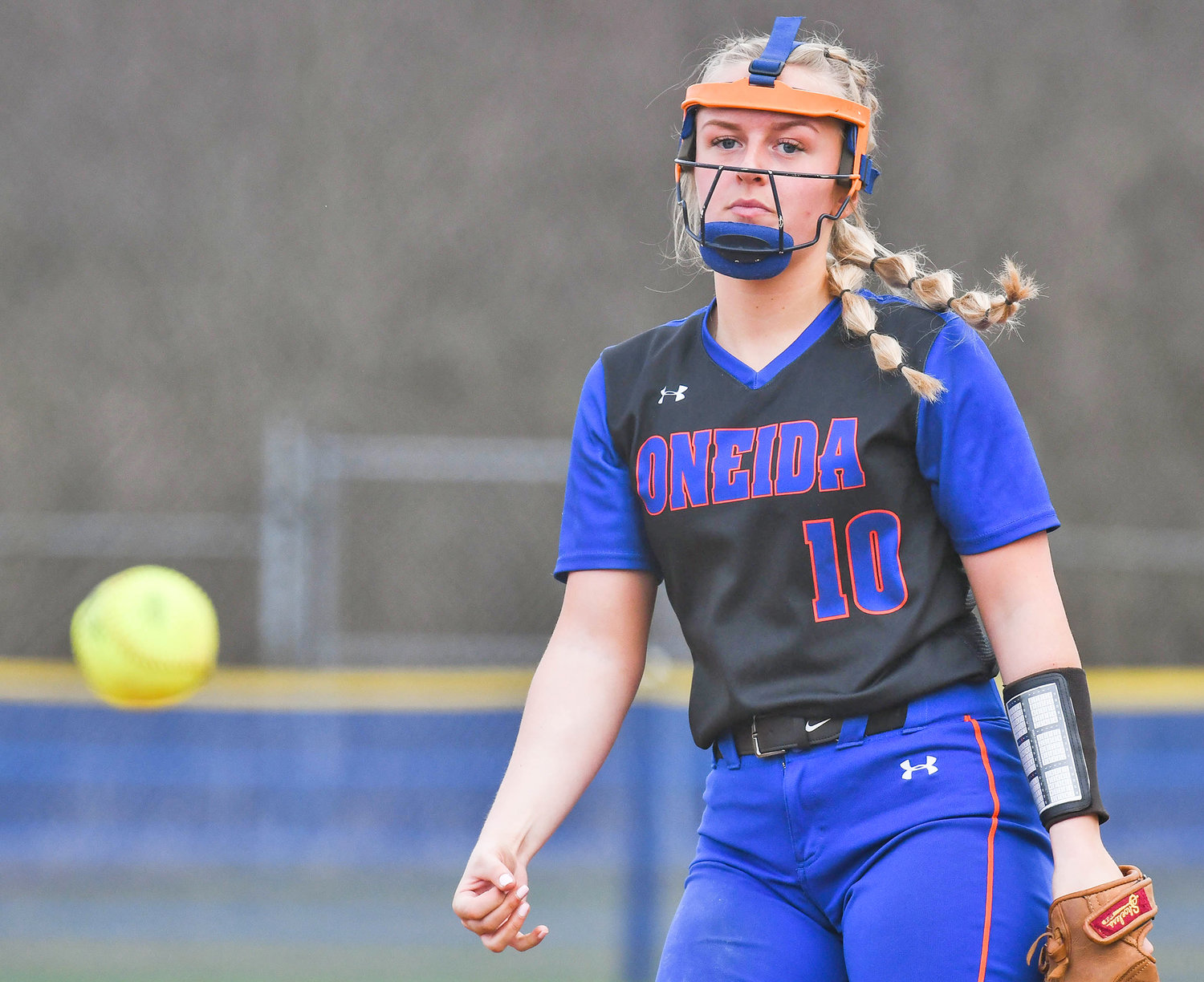 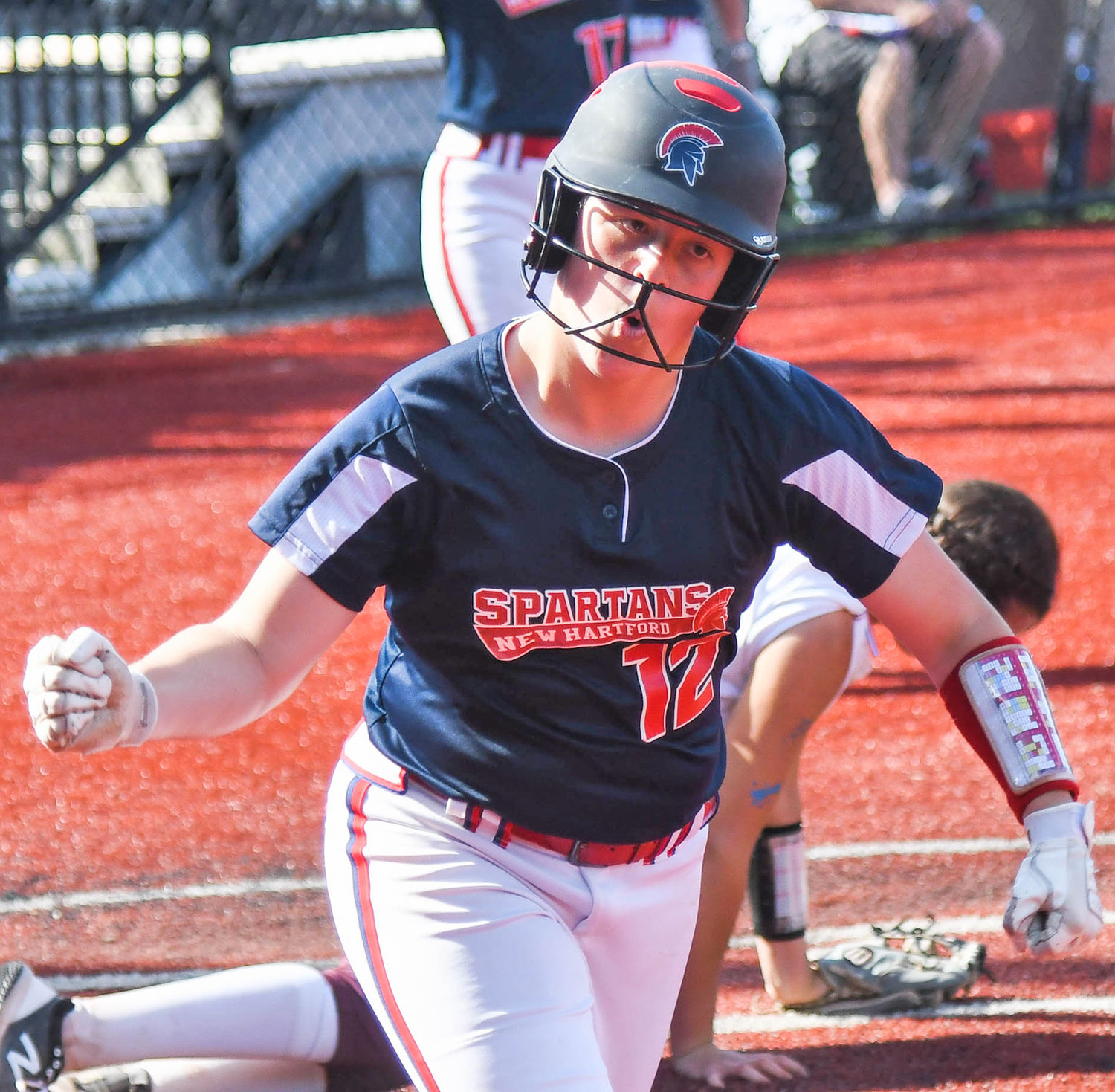 New Hartford player Sienna Holmes celebrates after scoring a run in the Section III Class A final against Auburn. The junior was named the Tri-Valley League Colonial Division’s pitcher of the year.
(Sentinel photo by Alex Cooper)
Previous Next
Posted Saturday, June 11, 2022 7:53 am

The Oneida and New Hartford softball teams each claimed two top awards from the Tri-Valley League.

Two of Oneida’s top players earned the same award for the second time in as many seasons.

Senior shortstop Kaylin Curro was named the TVL’s Player of the Year as announced by the league on Friday. Curro is committed to play at NCAA Division I Binghamton University.

Oneida finished first in the Pioneer with a 7-1 record. The team finished 14-5 overall with a trip to the Section III Class B quarterfinals.

Dan Stalteri, who helped lead New Hartford to a 15-6 overall record, the program’s first Section III title since 2008 and a trip to the state Class A regional final, was named the TVL’s co-Coach of the Year.

Utica-Notre Dame’s Jerry Albanese was also named Co-Coach of the Year. The Jugglers finished 13-10 overall and made a run to the Section III Class C title game as the 17-seed.

Here’s a look at the other players who earned TVL honors: