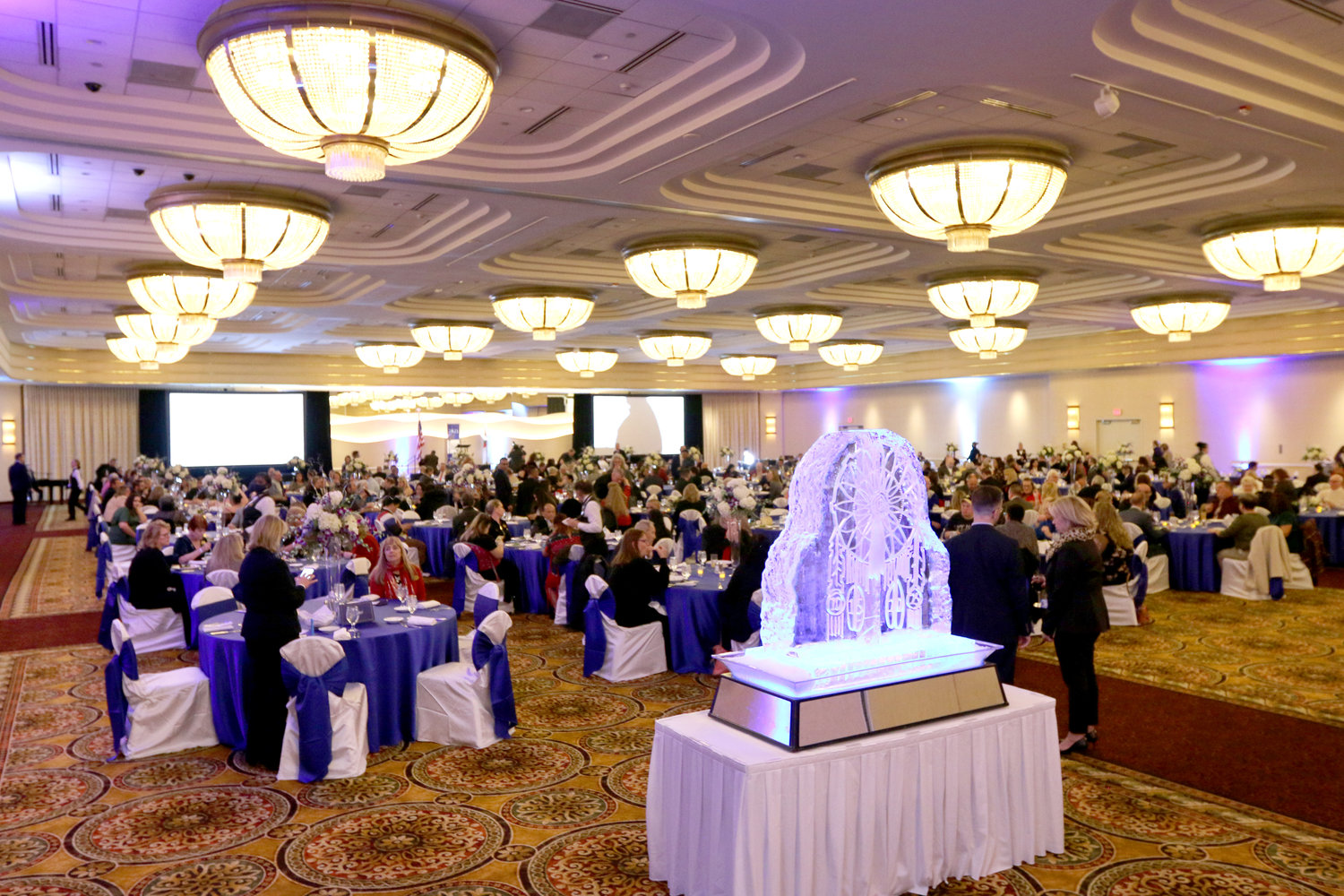 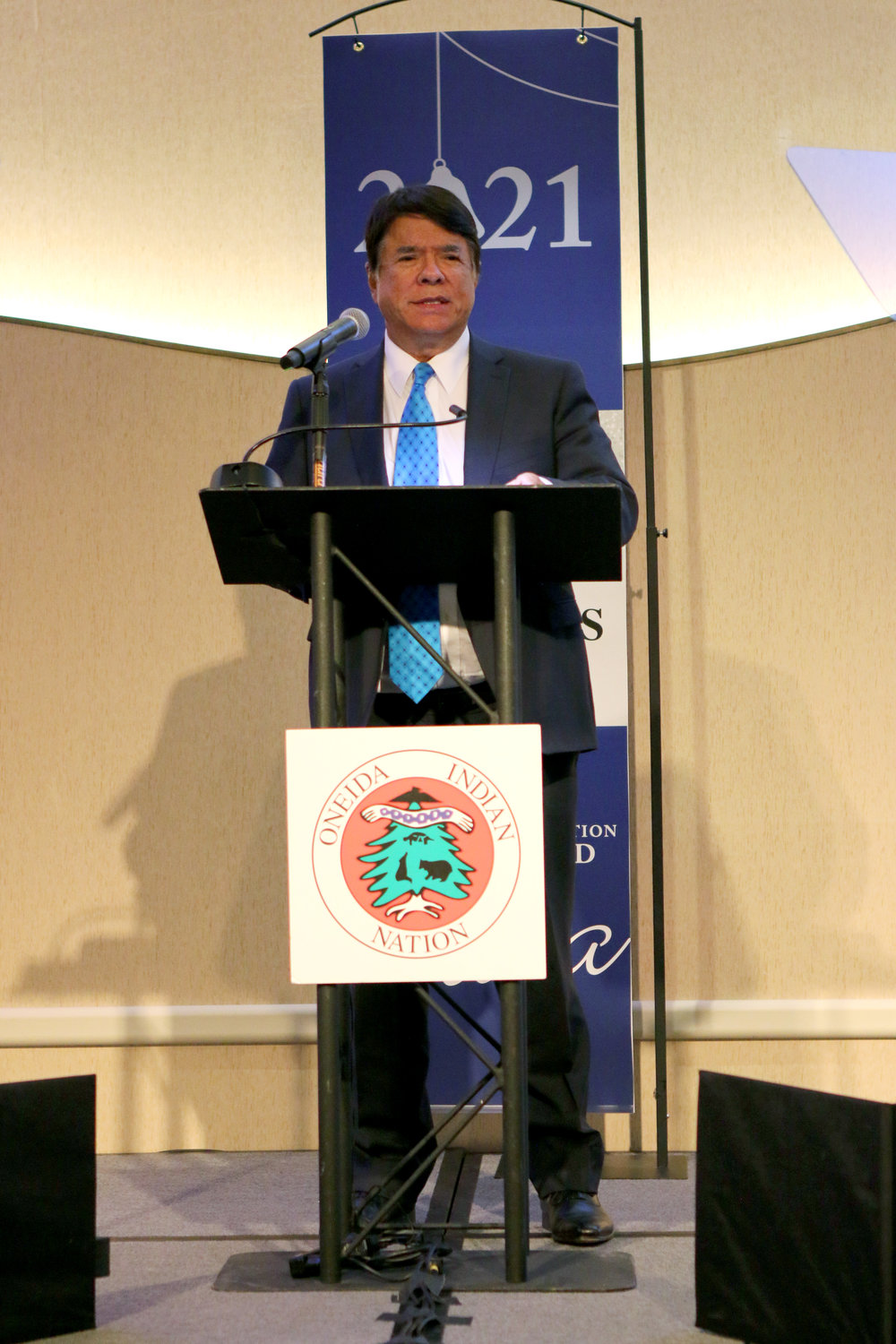 This year’s event proved especially meaningful with a return to an in-person celebration of one of the organization’s treasured traditions — Oneida Indian Nation Representative and Oneida Nation Enterprises CEO Ray Halbritter offered remarks during the Service Awards, thanking those honored for their outstanding contributions throughout their careers and during the challenges of a global pandemic, the announcement said.

“We have all faced unprecedented challenges during this time, and our employees have stepped up in new ways with renewed determination to work together as one. The longevity of employees like you is what makes a good business great and success in such challenging times possible. The value of your experience and knowledge cannot be overstated,” said Halbritter. “All of you in this room represent the vision of what we hoped our enterprises would become.”

“I began my career as a meteorologist, but had an epiphany: I wanted to cook,” Lee said. I interviewed and was hired on the spot, and I was able to attend culinary school at the same time I got hands-on learning. As I moved up, I was able to open YBR Casino & Sports Book, I became Lead Line Cook, opened the Food Hall at Turning Stone and eventually became Project Manager at Point Place Casino. I’ve learned so much. It’s been challenging, and I love it. There’s something different every day, from working with different ingredients to working with different people. Now here I am, looking for the next challenge.”

Joseph Cavano, Oneida Nation Enterprises Director of Business Affairs, spoke about celebrating his fifteenth anniversary of employment after moving back to his hometown to work at ONE.

“I started here in Human Resources, and it was a lot of fun seeing people honored tonight who I helped onboard. I’ve had a lot of unique experiences here, and I’ve served in several jobs from recruiting to opening casinos and construction projects. There is no other enterprise I could imagine that would offer the diversity found here. There’s great support from leadership and great coworkers. It’s a very special place,” said Cavano.

The Service Awards event is one of many ways Oneida Nation Enterprises recognizes its employees’ achievements and invests in its workforce, officials said, including recent starting pay increases for culinary and housekeeping employees with $1,000 sign-on bonuses.

The company also offers paid training via an employee-only Dealer School, a $1.4 million summer bonus program for hourly workers and fun employee events, such as its Food Truck Frenzy and paid trips to Las Vegas for new nightlife employees.