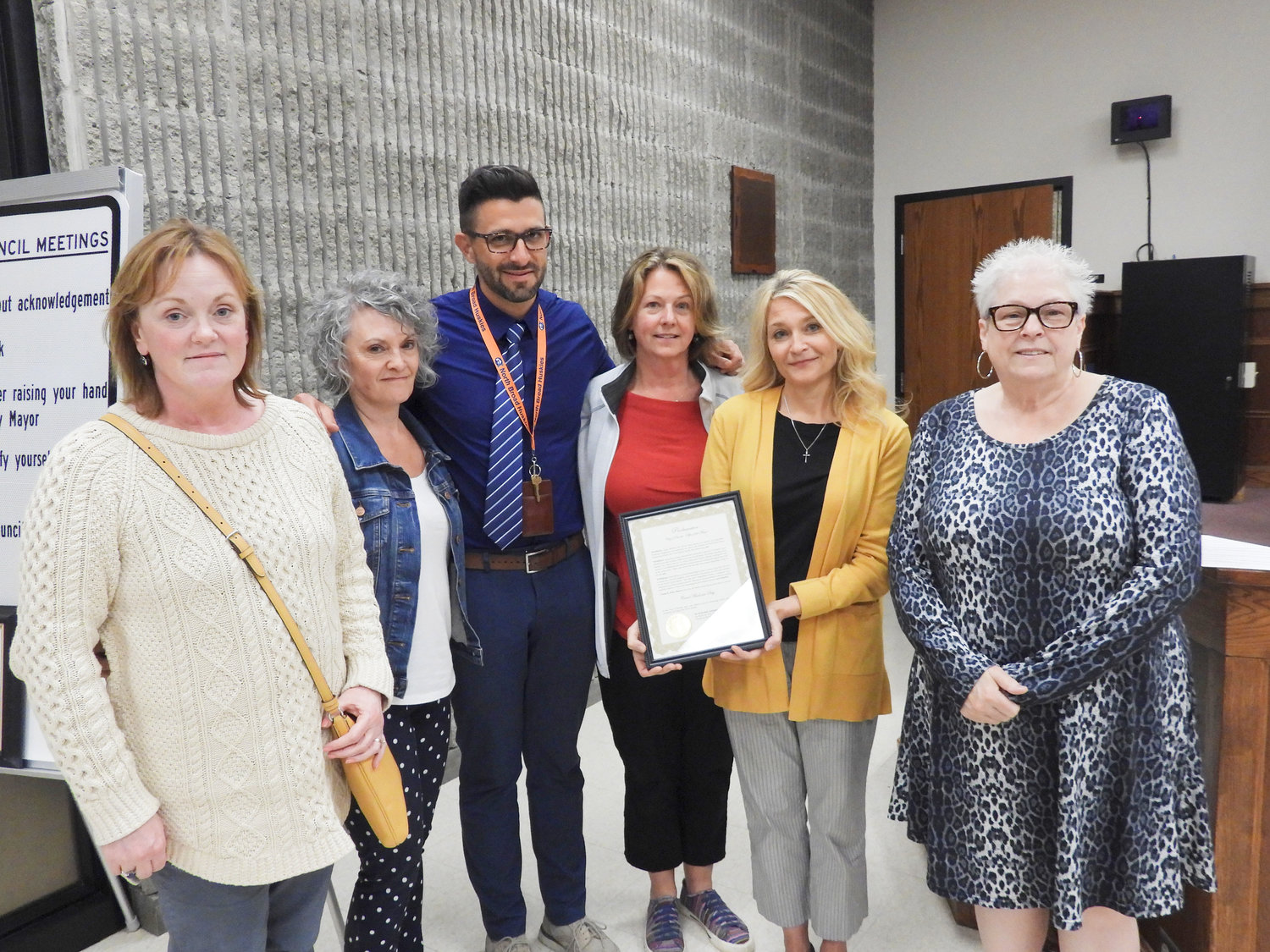 Oneida Mayor Helen Acker presents a proclamation to the friends and family Carol Madonia, recognizing her for her dedication to the Oneida City School District, St. John’s Episcopal Church, and the community at large.
(Sentinel Photo by Charles Pritchard) 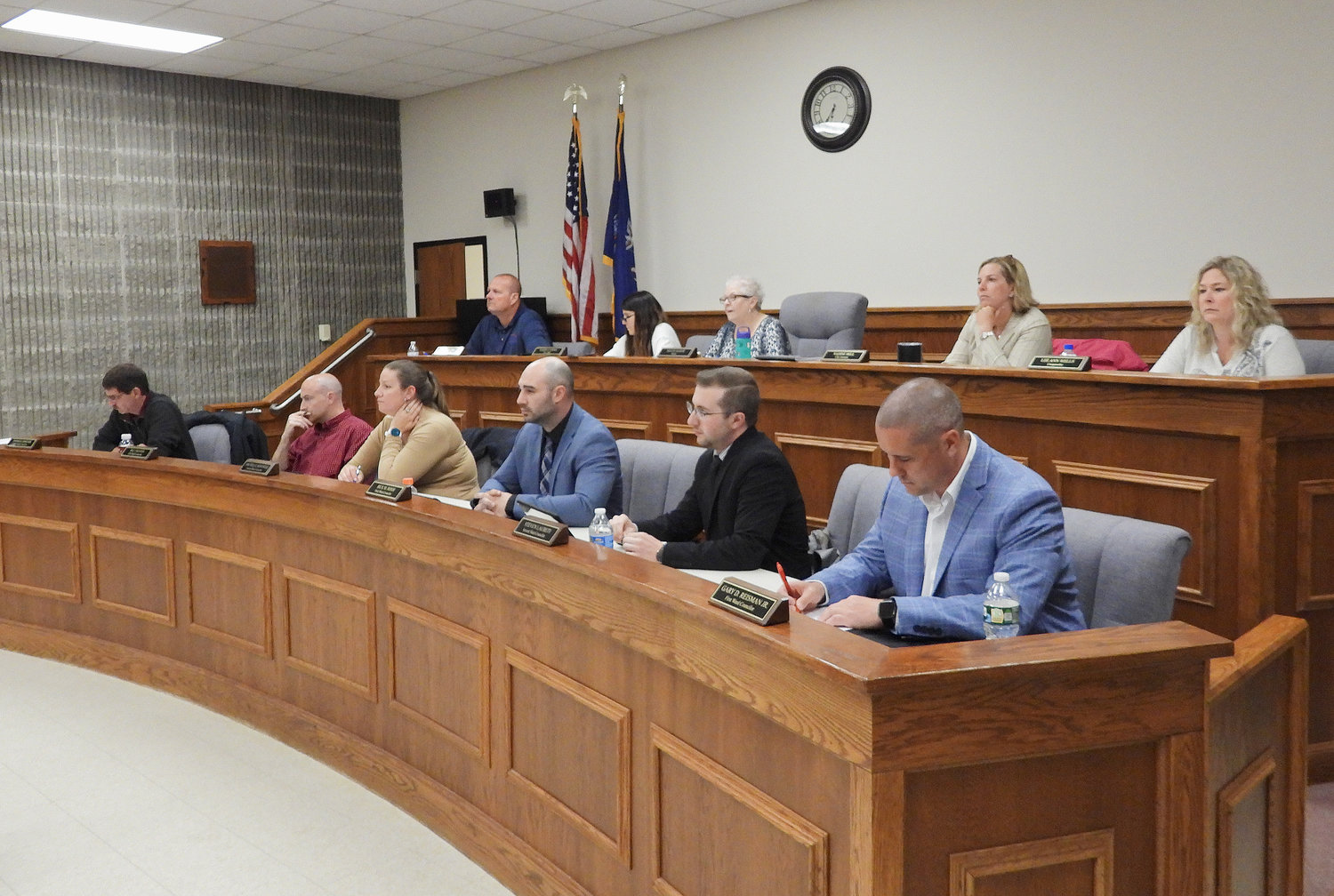 ONEIDA — Madison County supervisors brought updates from the county to the Oneida Common Council at Tuesday’s meeting, and the council is looking to create a city administrator/manager position.

Of chief concern among students, parents, and teachers was a need for mental health support, with all three groups reporting increased stress.

In response, Madison County created five positions similar to a school resource officer, with more positions planned in the future to help student mental health. Cavanagh said phase one would include Oneida among the five school districts selected.

“These positions will be paid for split between the American Rescue Plan funds and the school districts,” Cavanagh said. “This will provide a satellite Madison County Department of Mental Health office. These employees will be traveling between buildings [in the district].”

Oneida Wards 1, 2, 3 Supervisor Matthew Roberts said there was a development at the Finance, Ways, and Means Committee.

“We’ve been working on a rural broadband project,” Roberts said. “ECC Technologies out of Prattsburgh, New York, will be working with Madison County. We’re in the final phases and will be signing a contract with them for miles of fiber optic cable. And when it’s all done, Madison County will own this fiber optic cable, and it has a 30-year life.”

This is all part of the USDA ReConnect Project, which aims to bring high-speed internet to rural areas of Madison County. Projects see more than 1,000 households in underserved households being serviced.

Roberts said the original plan was to bond for the project, but Madison County was able to find the funds and will be paying $3.4 million upfront. “This will save taxpayers around $1 million in just interest. And this fiber optic cable will be coming down Lenox Avenue in Oneida and go into Main Street before going south,” he added.

Roberts praised this kind of infrastructure project, citing it as a source of potential growth for the city of Oneida.

The Oneida City Council passed a resolution at its regular meeting on Tuesday, creating a special committee to determine the need for a city administrator/city manager position.

For more than a decade, officials at the city have discussed the need and the benefits of a city administrator/manager position.

“We’re looking at the possibility of a city administrator, something we’ve talked about for the last 15 years now,” Mayor Helen Acker said.

“The committee is looking to have its first meeting in June, and there’ll be discussions about what the city does now and look at what the city administrator and manager (would need to do),” Acker added.

Meetings for this special committee will be posted at a later time, officials added.