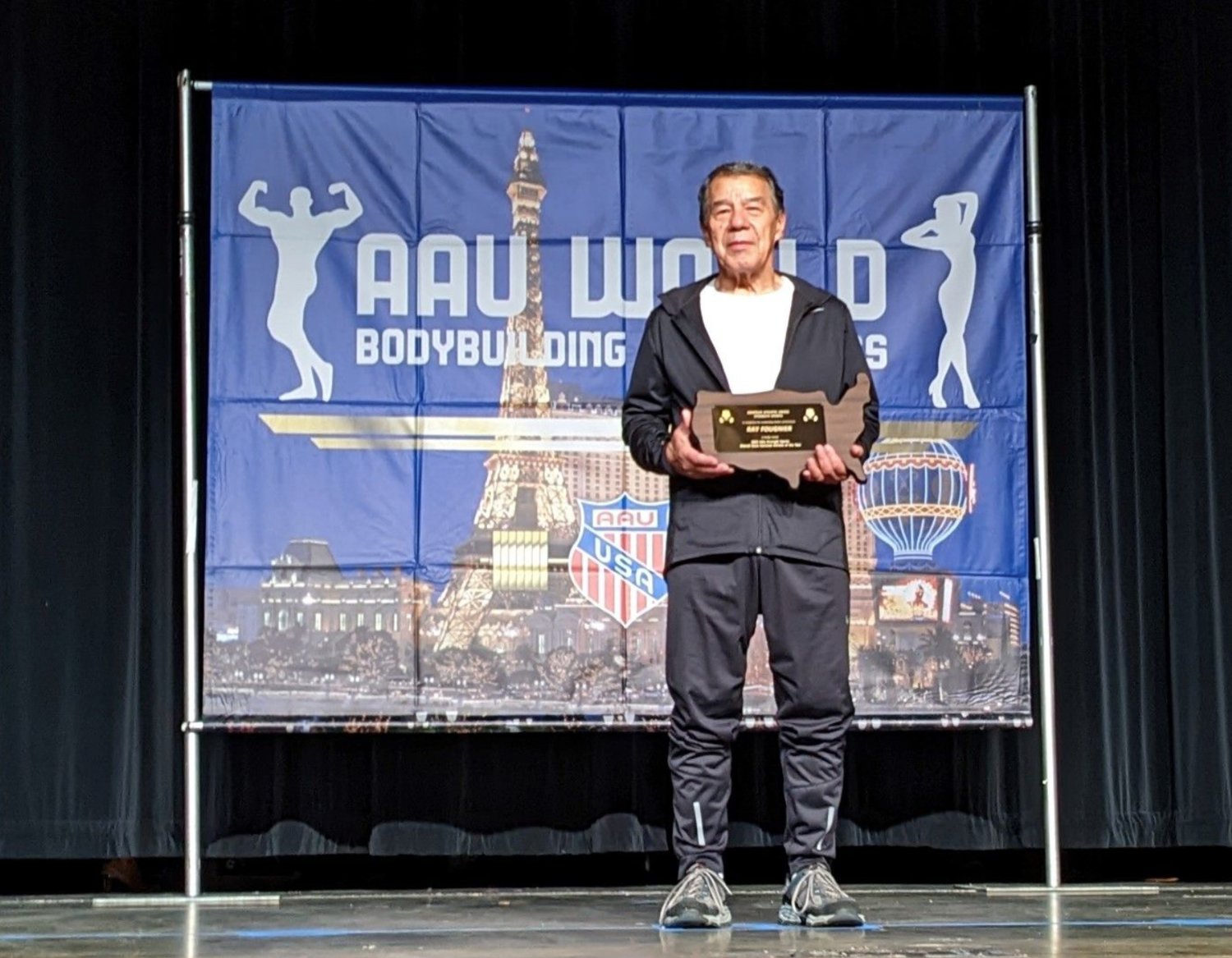 Fougnier has competed at the AAU North American, World and International Powerlifting Championships for eight years, setting new records each time in the raw master’s division, where participants within his age range (75-79) do not use equipment to assist their lift.

At the 2022 World Championships, Fougnier competed in the raw master’s and equipped master’s divisions, successfully completing eight of nine lifts in each division (three for each lift type). After completing a World Record third lift, participants can ask for a fourth to increase their scores. Using a special formula that utilizes each competitor’s best lifts, the AAU presented Fougnier with the Lifter of the Year Award and the Athlete of the Year Award for previous competitions.

“I try to take care of myself physically, first and foremost,” Fougnier said. “As long as you do that, and train safely and methodically, you can live a healthy life at any age. My advice to other American Indian elders is to be committed and consistent, both in exercise and diet.”

In addition to his success in powerlifting, Fougnier is also an accomplished educator, administrator and academic. After growing up in the homelands of the Oneida Indian Nation, the weightlifting champion was selected to serve as the first director for the American Indian Program at Cornell University. He also served as a teacher or administrator in the East Syracuse-Minoa, Solvay, Westhill and Syracuse City school districts.