On Friday, Deputy Chief Scott Burbidge and Lieutenant Brian Burkle were officially sworn in at the Oneida Fire Department. 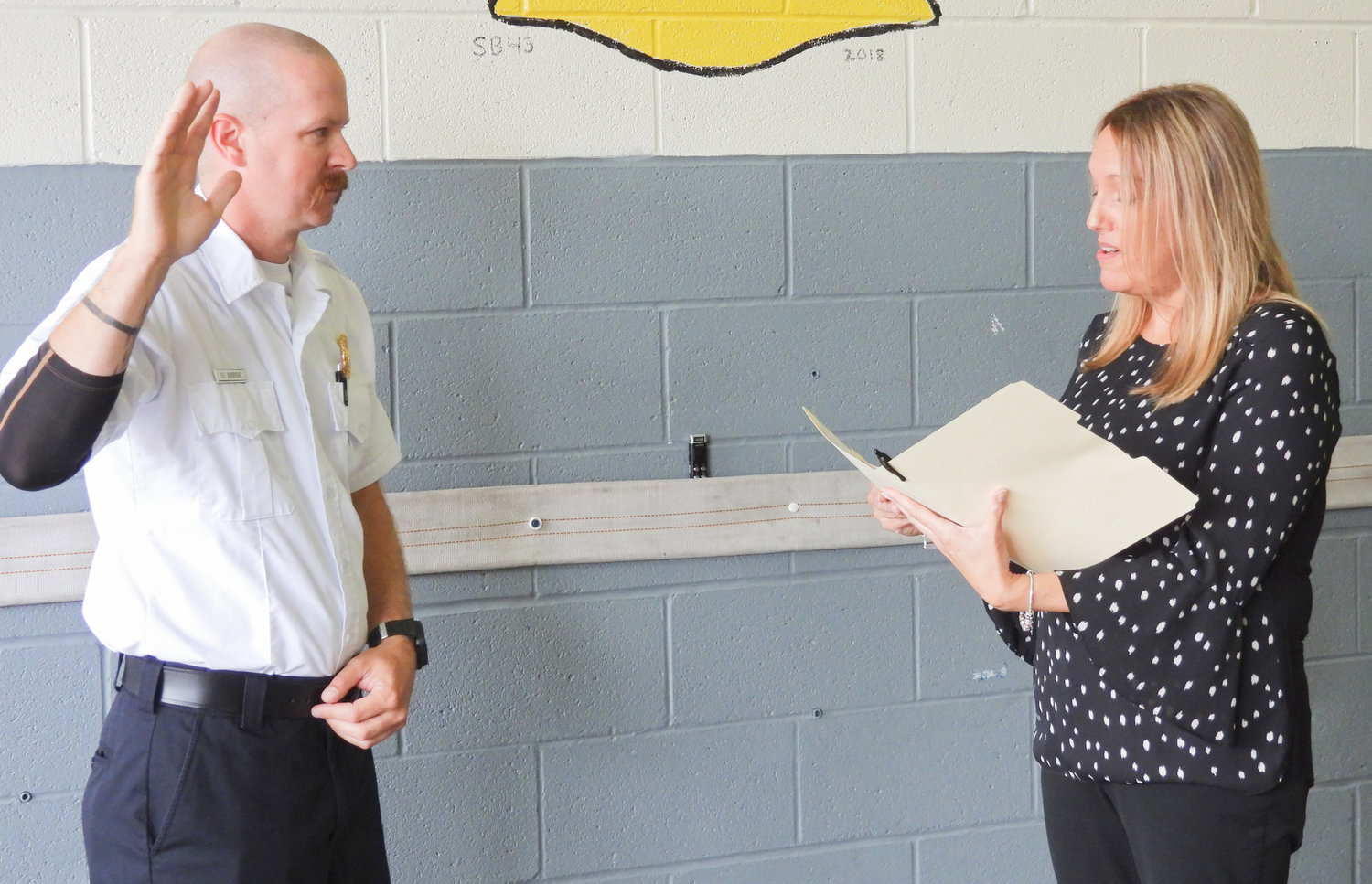 Scott Burbidge is sworn in as deputy chief at the Oneida Fire Department at a ceremony on Friday, Aug. 26.
(Sentinel photo by Charles Pritchard) 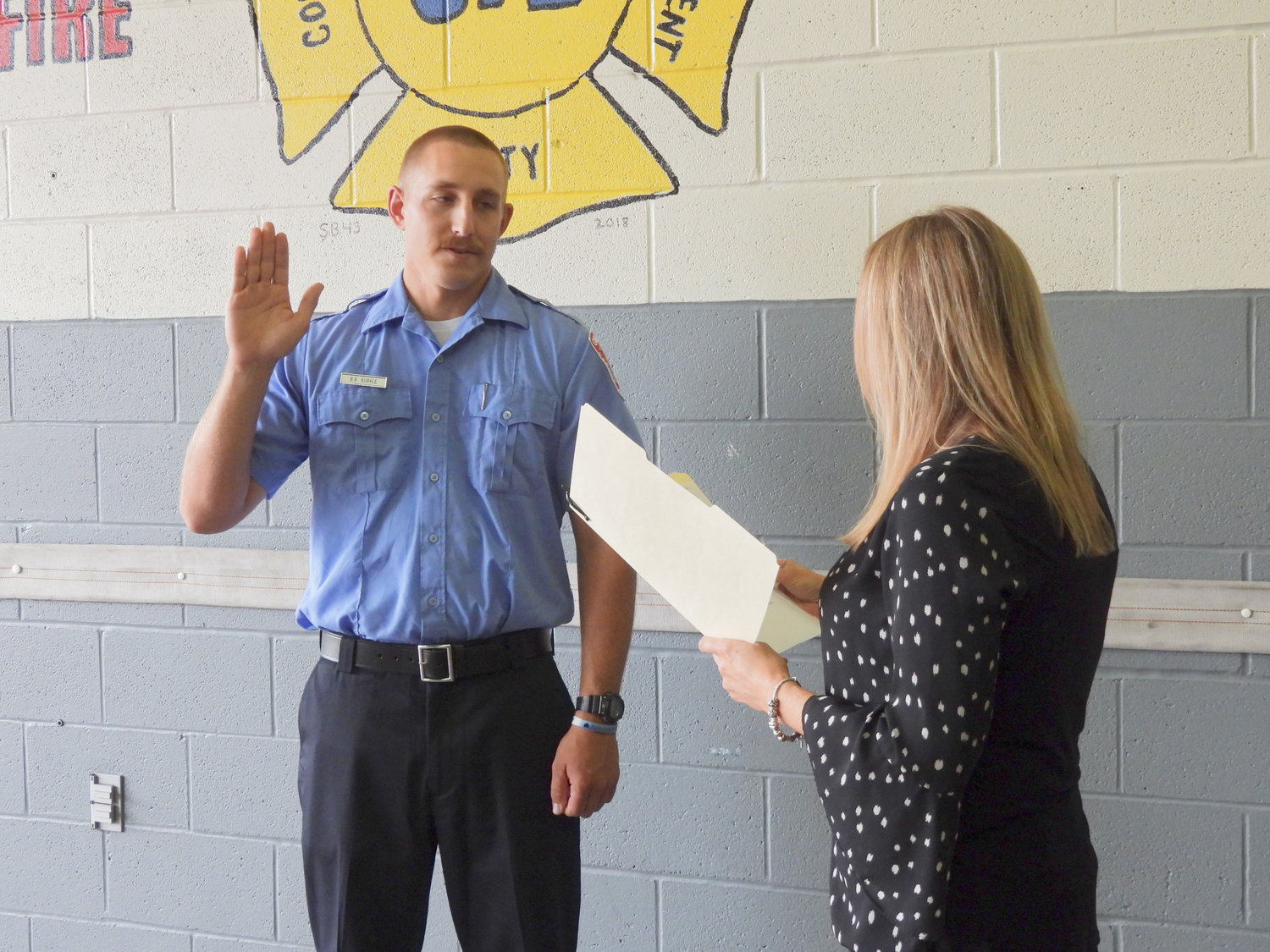 ONEIDA — On Friday, Deputy Chief Scott Burbidge and Lieutenant Brian Burkle were officially sworn in at the Oneida Fire Department. Their friends and family were there to cheer them on.

Burbidge has been with the Oneida Fire Department for just shy of 17 years. When asked why he’s stayed with the department for nearly a decade, Burbidge said it was the community and the people he worked with.

“The working relationship we have here at the firehouse and the relationship with the community is just so positive,” Burbidge said. “And I think that’s unique [to Oneida].”

Burbidge said he’d been deputy chief for three shifts at the time of writing, and he’s felt great about it so far.

Burbidge’s parents were there to pin on his bars, and his girlfriend, Cara, was there to pin on the badge. Looking up and ready for a hug were his children, Henry, 5, and Emerson, 7.

Burkle, who has been with the Oneida Fire Department for the last five years, was promoted to lieutenant.

“I fell in love with this job,” Burkle said. “I love working here in Oneida and for the department.”

Burkle has been working as a firefighter and a fire marshal in the city of Oneida. It’s given him quite a few tasks, but Burkle’s kept up and said he’s trying to keep to the level of standards fire marshals had set before him.

Burkle said he’d worked a few shifts so far as a lieutenant at the time of writing, and when asked how it felt, he laughed and smiled.

“It’s definitely a challenge, but a challenge I’m looking forward to,” he said. “It’s been fantastic so far, and I look forward to what the future brings.”

Burkle’s fiance, Courtney, and his son Brian, were there to pin on his new bars.

Whatever it does bring, Fire Chief Dennis Fields is sure the two are fit for the job.

“Burbidge and Burkle are both very active members of this department,” Fields said. “And I’m sure they’ll live up to their oath of office.”