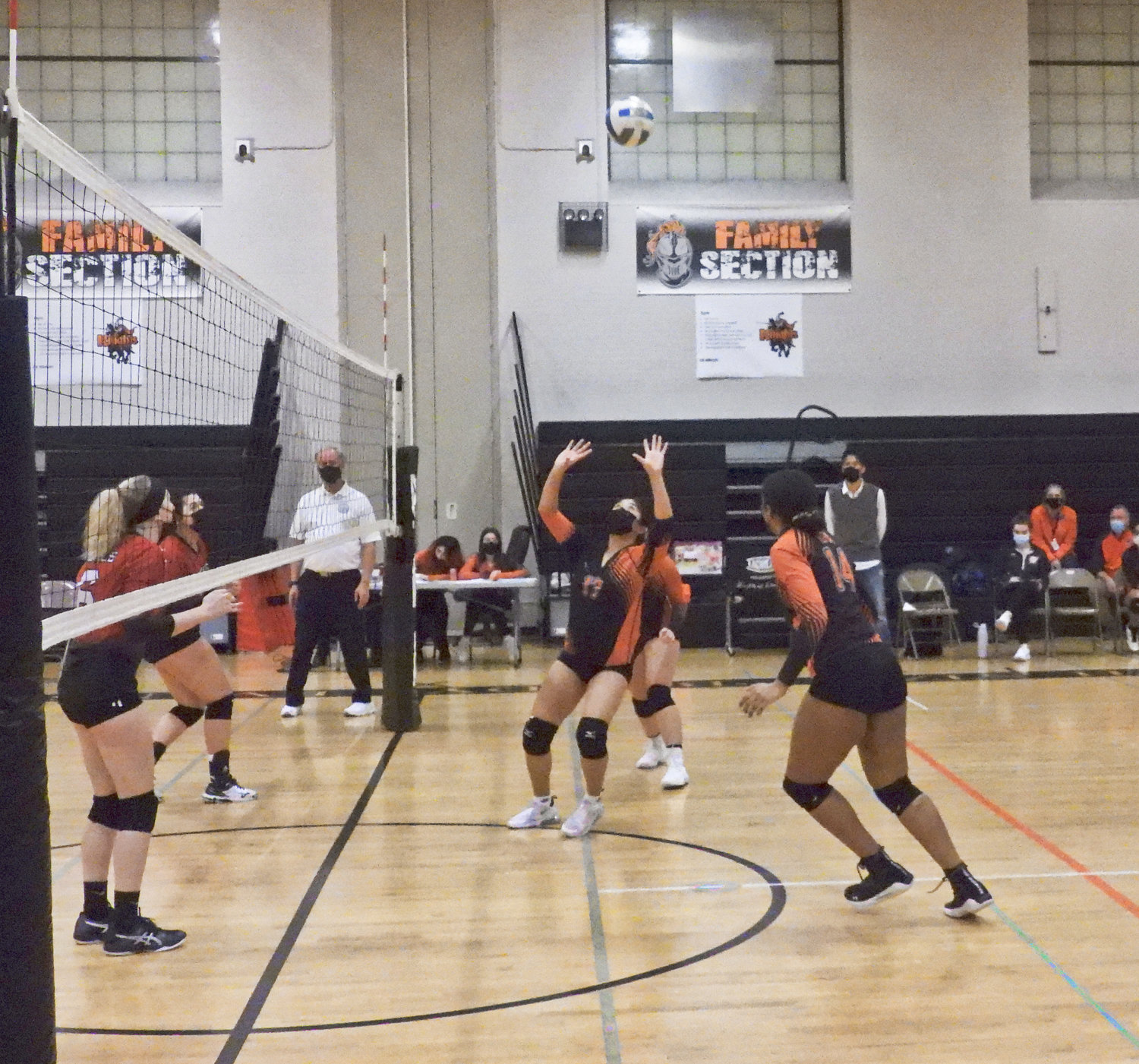 Host Oneida outscored Tri-Valley League foe New Hartford 35-15 in the second half en route to a 61-31 victory on Friday night.

The Rome Free Academy boys swimming and diving team cruised past host Sherburne-Earlville 70-27 Thursday in the Center State Conference to improve to 7-0 on the season.

RFA hosts Holland Patent at 4:30 p.m. Tuesday in the league.

The Whitesboro girls bowling team rolled past VVS for an 11-0 win at home at Vista Lanes Friday in the TVL.

Whitesboro’s Tru Merithew had a match high series of 514 and her best game was a 188. Teammate Hanna Merithew rolled a high game of 189 with a 507 series.

Alexis Kennedy had 15 kills and six blocks for RFA. Yanielis Rivera had two kills and 15 assists. Thylia Keoviengsamay had 35 assists as well as nine aces, three kills and three digs.

VVS statistics were not provided.

RFA will participate in today’s tournament at Mount Markham.

VVS will take on Central Valley Academy on the road at 7 p.m. Thursday in the TVL.

The VVS boys volleyball team won all three sets at home against Westmoreland Thursday in the Section III league.

Leading the way for VVS were Cole Maguire with seven assists and two digs; Ryan Mumford with five assists, three digs, two aces and two kills; and Nolan Robinson with seven digs, three kills and a pair of aces.

Westmoreland statistics were not submitted.

Westmoreland hosts Oneida at 6:45 p.m. Tuesday in the league.

East Syracuse statistics were not provided.

The Blue Devils host Utica Proctor in a TVL match at 7 p.m. Monday.

The Poland girls basketball team gota 47-40 win at home over Oriskany Thursday in the CSC.

Poland’s Logan Cookinham had a game-high 16 points and 11 rebounds for a double-double. Sydney Tabor had 11 points, seven rebounds, seven blocks and five steals.