INSTALLING INTERNET OF THINGS — Doctoral candidate Alfredo Rodriguez, foreground, and Qingxuan Sun, a visiting Ph.D., install an Internet of Things-based outdoor air quality monitor in summer 2019 at Cornell University.
(Dave Burbank/Cornell University/Provided)
Posted Saturday, October 3, 2020 4:00 pm
David Hill
Staff writer
email
What if a farmer could monitor the moisture in a field a mile away and plan work around that? What if a town highway department didn’t have to go check snow build-up on a distant road because a sensor monitors it from afar?
What if a building manager could install power sensors on all circuits feeding office machines and figure out how to better manage electricity usage?
It’s hypothetical but reasonably real-world applications like these that a Cornell University project is looking for around New York state, especially its rural parts, to make better use of internet-connected devices without needing conventional internet connections.
Most such devices are part of the so-called “internet of things,” where sensors and other devices, such as programmable thermostats, fitness watches and security monitors, send their data to users via the internet using wi-fi, Bluetooth or the cellular network.
But such devices do little good when they are too far from internet gateways to connect on wi-fi or Bluetooth, which both have range limits in practical terms of about 30 feet. Nor are they practical if they rely on the cellular network because of its dead spots and the expense.
All three, cellular internet in particular, also use lots of power.
Enter Cornell engineer Max Zhang, a co-principal investigator on a project recently awarded $1.5 million by the National Science Foundation to design the nation’s first statewide internet of things public infrastructure, and Cornell Cooperative Extension of Oneida County, which is joining a project to monitor energy usage for ways to make it more efficient and may provide a demonstration setting for the networking demonstration. Zhang, in an interview with the Daily Sentinel, recalled a prime example: He was with a family friend who uses a medical-alert device at Letchworth State Park in the Finger Lakes region. Then they realized the device was of no use because there was no cellular coverage or any other link to the internet. The device would be so much more useful if there were a low-power network in the park that could receive an alert signal and send it on. “We want some kind of network that can cover 100 percent and also have this range of lower power and long range,” Zheng said.
The likely technology is a band in the radio spectrum reserved for industrial, scientific and medical applications. Devices, most of which would not need modifications, would use the frequencies to link to network nodes and then to users collecting information.
The next step, though, is demonstrating the technology, and for that, Zheng and colleagues are seeking users with ideas. “My philosophy is quoting “Field of dreams,” if you build it they may now come.’ I can provide this infrastructure and people may not use it all. That’s a critical question we need to tackle.”
An early pilot project in Tompkins County linked devices to sense wood smoke, measure power and water consumption, and bee colonies. One application monitored the microclimate at a solar farm. Enter Cornell Cooperative Extension of Oneida County. CCE-Oneida is taking part in a project to monitor energy usage. Sensors would be on circuits within buildings, such as the extension headquarters in Oriskany.
“It entails actually using two reallybasically transformer clamps that go around the supply line of our meter to read how much electricity we’re using,” explained CCE Executive Director Mary Beth McEwen. “We’ll be able to really drill down and using this equipment and look at it as it’s occuring, as it’s happening. It’ll be really interesting to see are there changes we can make throughout the dya to lower our energy usage, really excited to learn whath the project is going to tell us.”
For Zhang, community trials are crucial. For one thing, people might have concerns about security. Others need to see a network in action. He calls it a co-design process. “We can, in theory, build the infrastructure to enable anywhere in New York to have that kind of connectivity, but at the same time, we have to demonstrate some viable applications to showcase what can be done. On the other hand, we have to engage the local community to explore even more applications.” 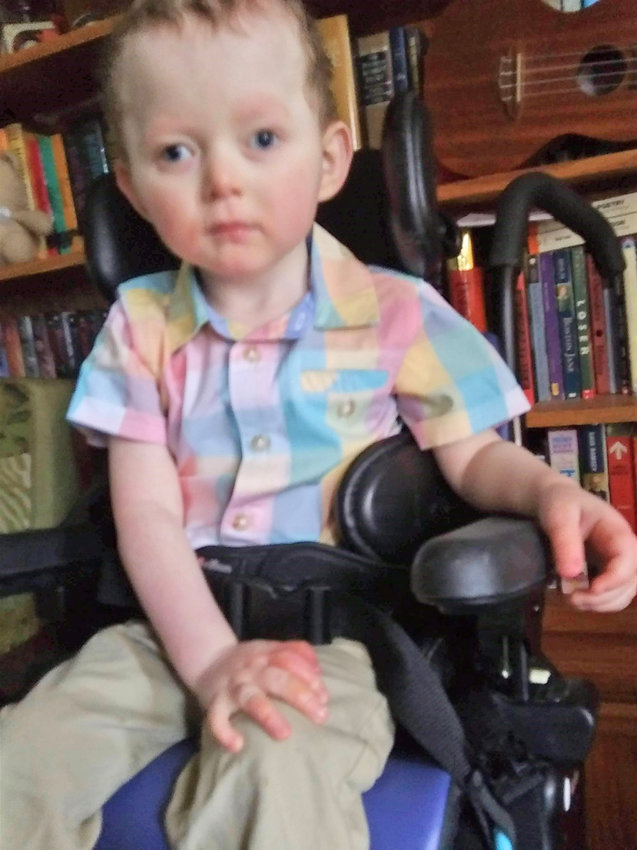 Wagner Farms. 5841 Old Oneida Road, will present its newest wagon ride this summer, with the wagon being built now and expected to be complete by July in time for event season. What makes the new …