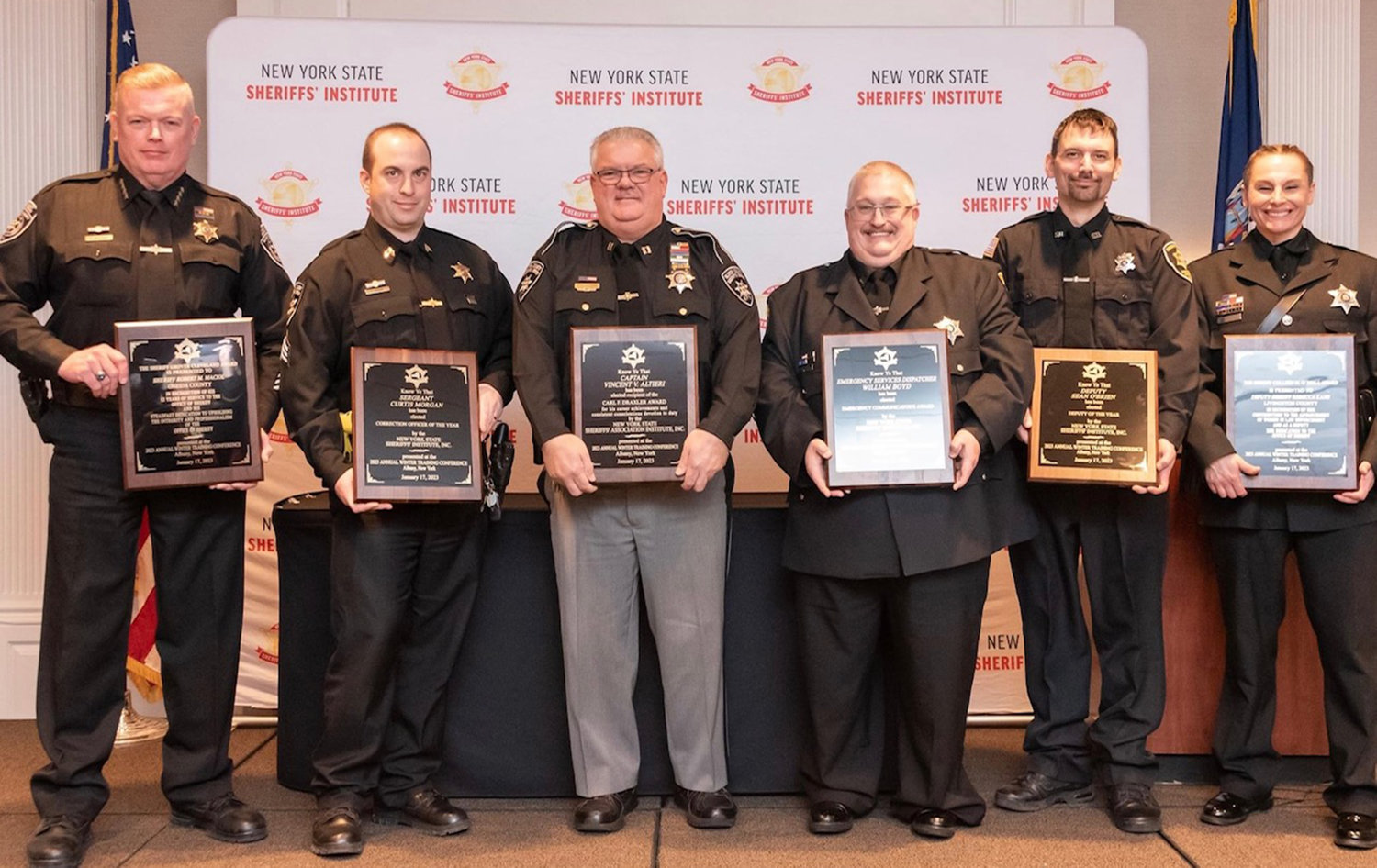 The winter conference features training sessions and meetings between elected sheriffs from across New York. The meeting also includes the election of officers, and Sheriff Maciol was again elected to serve on the Executive Committee after having served in the past as president. Lt. Governor Antonio Delgado and numerous members of the state Senate and Assembly also attended the conference.

Maciol was presented with the Sheriff Grover Cleveland Award, the association’s most prestigious award. It is named in honor of the only sheriff to go on to serve as President of the United States. Association officials said Maciol is one of only eight sheriffs to ever receive this award.

Morgan received the Correction Officer of the Year Award, which recognizes exceptional dedication to his Sheriff’s Office. Morgan has received numerous awards from the Oneida County Sheriff’s Office over the years, including the Grand Cordon and the Lifesaving Award. Officials said he has saved an inmate from a suicide attempt, and is known for his commitment to educating the public about the work of the Sheriff’s Office.

Morgan runs the agency’s social media platforms, the social media app and has served at countless in-person programs and presentations. Morgan was also honored for his work with children, senior citizens and those with special needs.