The flu season has begun early this year, causing Oneida County and New York state to see higher numbers of reported cases earlier in the flu season than previous years. 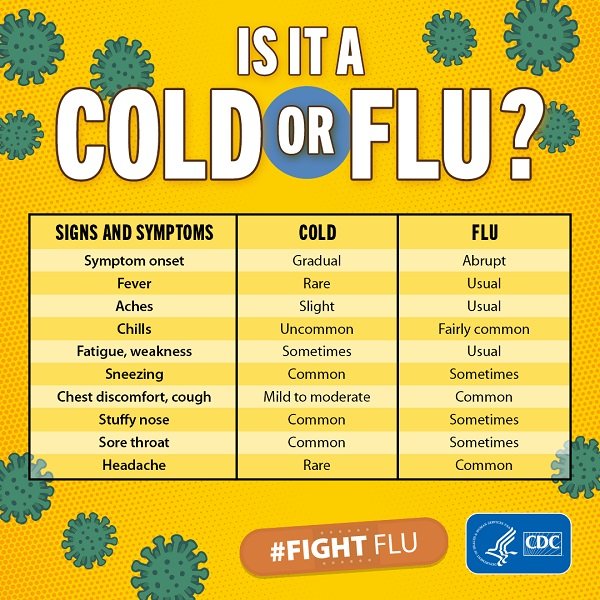 This is an increase from last year, when the county reported eight total flu cases by the beginning of November 2021.

“Increases in the flu are always a concern, but in looking at data from the state, it appears that the flu season has arrived earlier this year, relative to the last couple of years,” Dan Gilmore, public health director for the Oneida County Department of Health, said. “The last couple years, in flu season, the increases didn’t start until early to mid November, when the increases started now in the third week of October.”

The national hospitalization rate from flu cases at this point in the year is higher than the rate observed at this same point during previous flu seasons going back to 2010-2011, according to the Centers for Disease Control and Prevention.

As of Nov. 5, the date of its most recent report, influenza tracking by the CDC shows at least 2.8 million cases nationally with 1.4 to 3.3 million medical visits for flu and at least 23,000 hospitalizations. The CDC estimates there have been 1,300 to 3,600
flu deaths between Oct. 1 and Nov. 5.

Influenza, or flu, is a contagious respiratory illness caused by influenza viruses. Flu season typically begins in October, peaks in February, and continues until May, Excellus officials said. According to Fitzpatrick, most people who get the flu have mild illness and recover, without medical care, in less than two weeks. Some people in high-risk groups are more likely to develop flu-related complications.

The majority of the cases in Oneida County are from the influenza A virus, which is highly contagious, and is characterized by a fever and chills, headache and muscle aches, sneezing and a stuffy or runny nose, a sore throat and cough, and feelings of tiredness and weakness, Gilmore said. Children may also experience nausea, vomiting and abdominal pain. The best way to treat a mild flu case is to rest at home, and to take medication to reduce fever and pain.

Gilmore said that for the past two years — especially in 2020 — as people wore masks regularly, people worked from home and students attended school remotely, the flu cases dropped dramatically. He said that 2020 was the lowest recorded flu season on record, largely because of mask wearing.

As public concern regarding the COVID-19 pandemic dwindles and mask-wearing has greatly decreased, numbers of flu cases are soaring back to pre-pandemic levels.

Gilmore said that there are fewer reported COVID-19 cases, and that with the growing popularity of at-home tests, those positive cases are not always reported to local and state health departments. “Reported cases are lower, but we really don’t know the true number,” he said.

Gilmore added that there is also an increase in respiratory syncytial viruses (RSV) in children and adults.

Gilmore encouraged everyone who can and wants to, to get vaccinated against the flu.

According to the Centers for Disease Control and Prevention, 145.77 million flu vaccine doses have been distributed in the U.S. as of Oct. 29.

“We hope that everyone who wants to or can get vaccinated, gets vaccinated for the flu at their earliest convenience,” Gilmore said. “Vaccines are easy to obtain, they can be obtained through a healthcare professional, drug stores and the Oneida County Health Department. Often it’s better to call first to make sure that the vaccine is available and to make an appointment.”

“Last flu season, about half (51.4%) of eligible individuals received the flu vaccine, which is simply too few,” says Fitzpatrick. Vaccination helps prevent infection and can also prevent serious outcomes in vaccinated people who still get sick with flu, Fitzpatrick added. The CDC recommends everyone ages 6 months and older gets a flu vaccine annually.

Flu vaccinations are available at nearly every neighborhood and grocery store pharmacy, and at many medical practices. To find a local flu vaccine site go online to www.Vaccines.gov and click on “Find Flu Vaccines.”