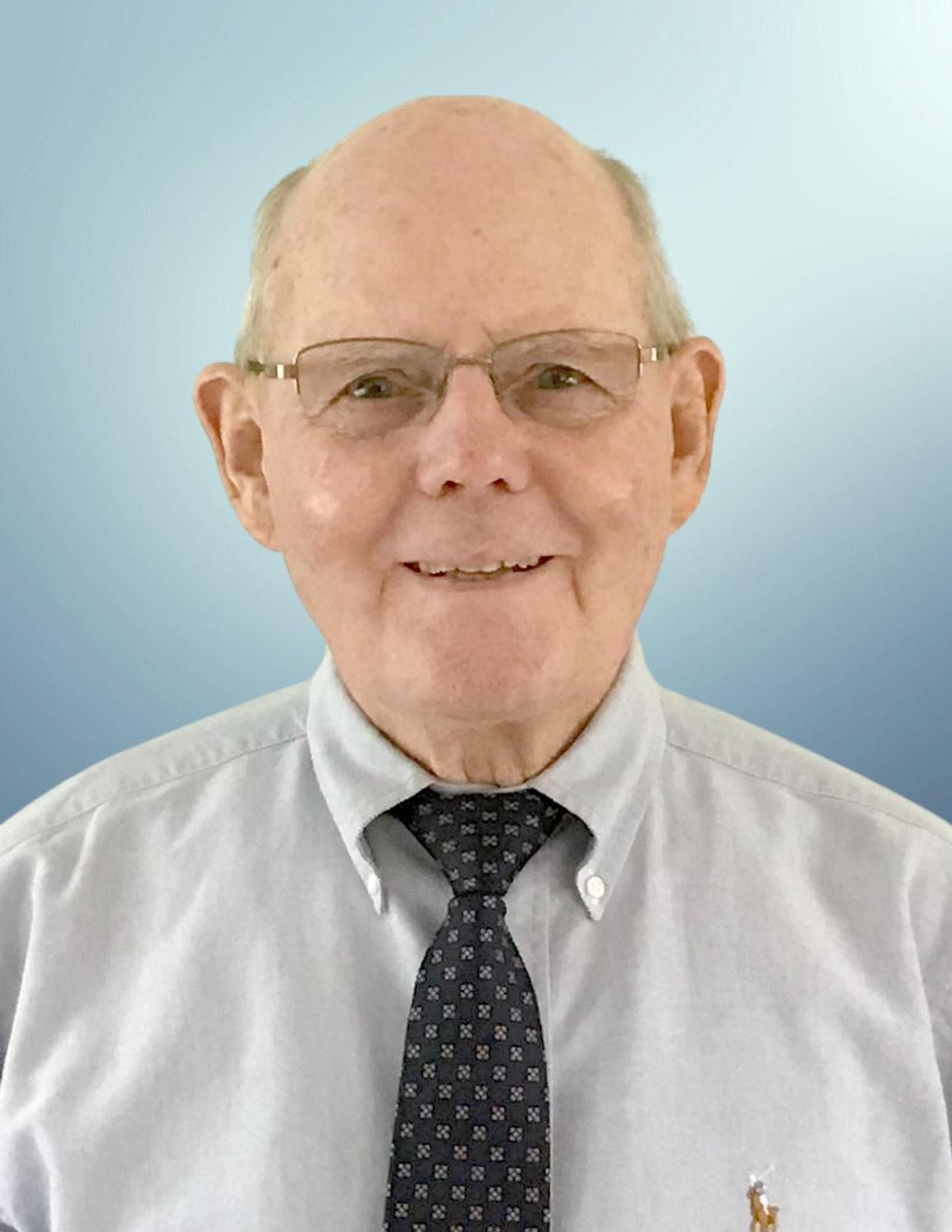 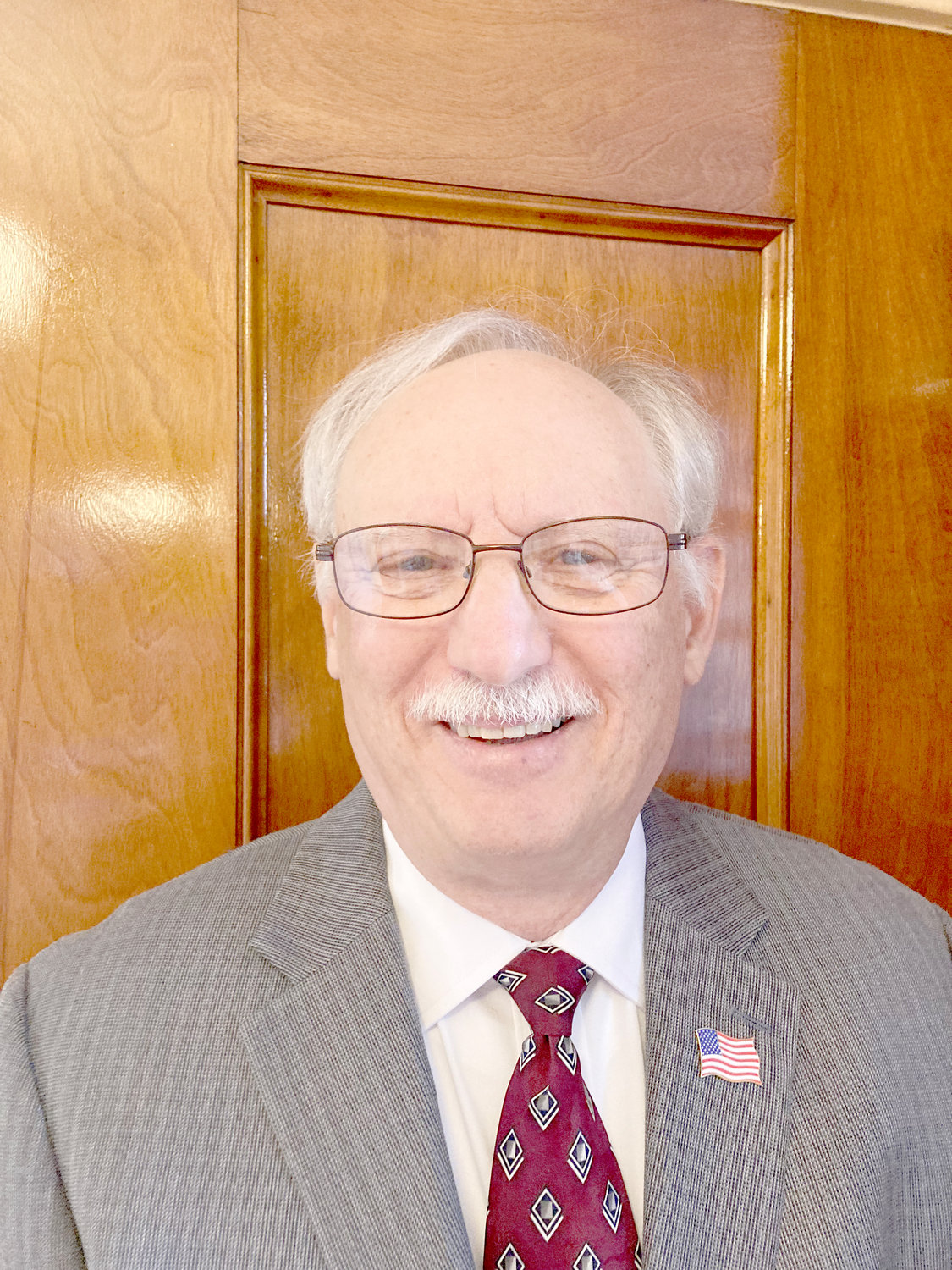 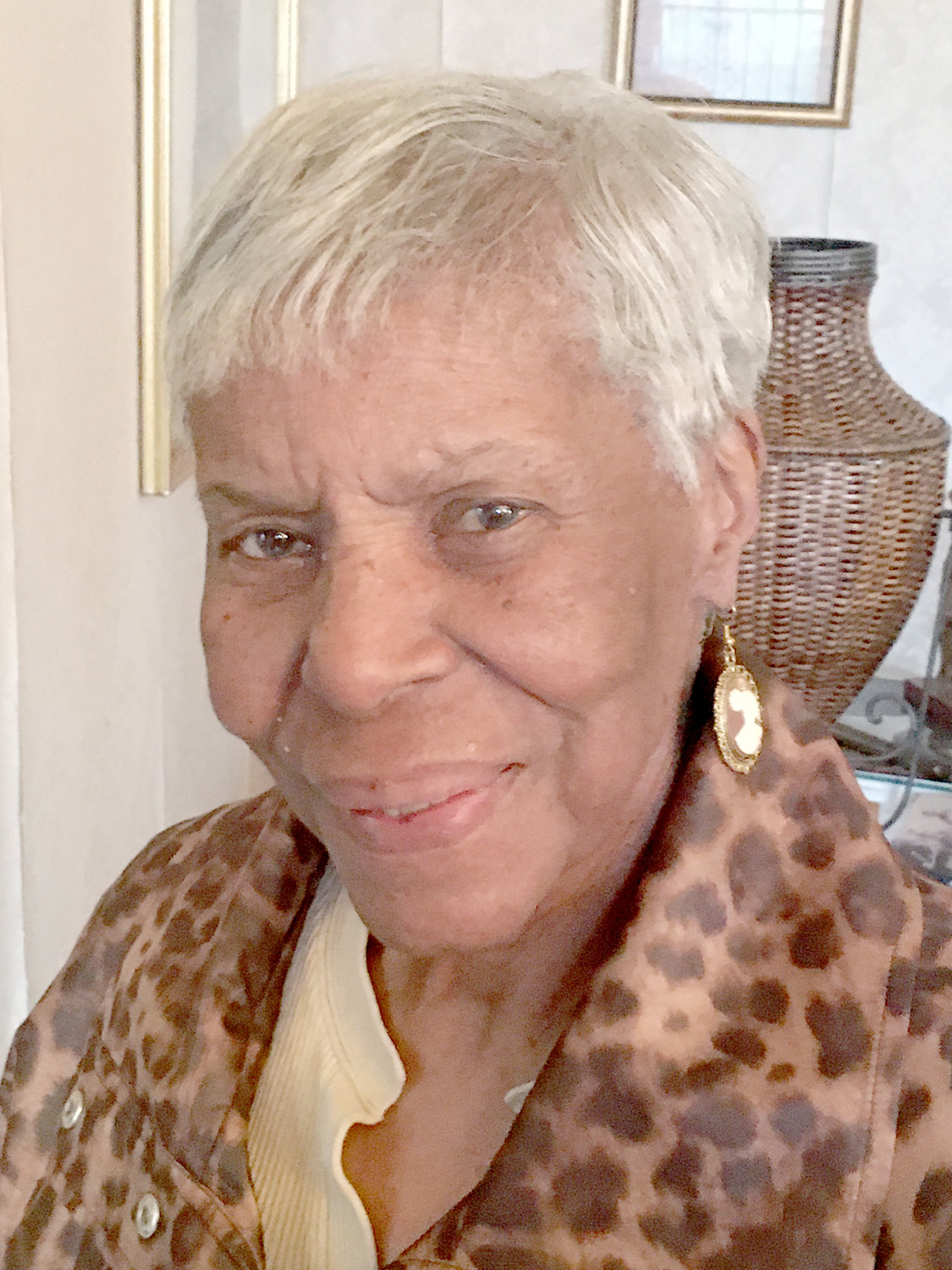 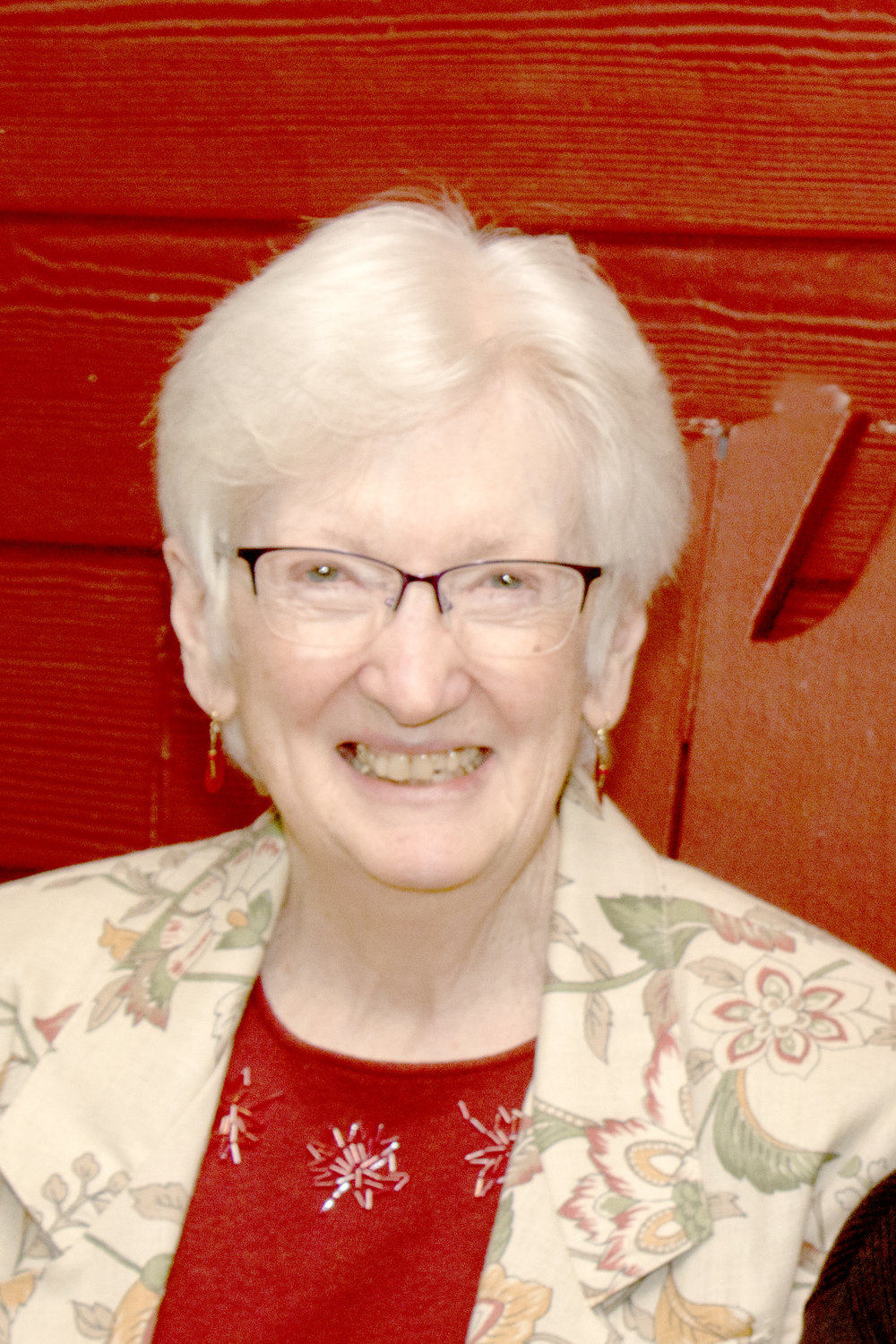 Sponsorship and advertisement opportunities for the dinner are available. Contact rmclain@oneidacountyhistory.org for more information.

The class of 2022 is being recognized for its service as civic leaders and community advocates, and for their efforts in furthering the region’s industries, culture, and educational opportunities.

Brown, who died in 1986, was a community leader who had a tremendous impact on the Mohawk Valley, the announcement said. He was a World War II veteran, served as president of the Oneida County branch of the NAACP, chairman of Utica’s Human Relations Commission, and treasurer of the board of Head Start. He was a member of the Frontiersman International, the Advisory Board of SUNY College of Technology, and was active with the Utica Kiwanis Club, the Utica YMCA, and several professional dental organizations.

Cleveland worked as a marble cutter until the outbreak of the Civil War when he enlisted in the Union Army. At the bloody Battle of Antietam, led the siege after the color bearer of the regiment was shot down, suffering himself from multiple gunshot wounds. He rejoined his regiment after only two months in a Baltimore hospital and was honorably discharged in 1863. For his bravery, he received the Congressional Medal of Honor in 1895.

DeSantis was a public servant, pioneer, and community leader. She was born in Utica in 1900 and attended Utica Free Academy and the Utica School of Commerce. During World War II she assembled and distributed rationing books to the citizens of Greater Utica. She served the City of Utica for more than 25 years working as secretary to the city treasurer, cashier, deputy treasurer.

Gansevoort served in the Continental Army during the American Revolution and made his mark in Oneida County history with his successful defense of Fort Stanwix (then known as Fort Schuyler) from the British in August 1777. This success later contributed to the crucial American victory at Saratoga and foiled British efforts to bisect the 13 colonies. Gansevoort settled back into life in Albany after the Revolution and continued in the family business.

Woods was a founding member of Mother Marianne’s West Side Kitchen. She was born in 1969 and grew up in Utica attending local schools. She earned a Bachelor’s Degree from Hartwick College before starting her 30-year career at Bank of America. Woods established herself in the community she loved and volunteered with numerous nonprofits including Rebuilding Together Mohawk Valley, Mohawk Valley Network Continuing Care, Visiting Nurse Association, and the YWCA Finance Committee. She served as board chair for Mohawk Valley Health System (MVHS), and a trustee for both the Community Foundation and Upstate Caring Partners boards.

The inductees will be honored during the annual Historical Hall of Fame and Living Legends Awards Celebration to take place at Valentino’s Banquet Hall, in New Hartford, at 5 p.m. on Wednesday, Oct. 26. Tickets are $65; discount tickets for $55 are available for History Center members. Tickets should be purchased in advance and are available on-site at the History Center, online through its e-Bookstore, or by calling 315-735-3642.

Proceeds from the event will be used to acquire, implement, and support new software at the History Center. This includes a website redesign that will host a virtual Historical Hall of Fame exhibit, a new customer database, and an upgraded accounting system.

The Hall of Famers will be inducted alongside the 2022 Richard W. Couper ‘Living Legends’ class:

Fraccola served his nation during the Vietnam War, and he received the Purple Heart for wounds received during an enemy rocket attack in June 1969. He returned home, where he worked for the U.S. Postal Service for more than 36 years and became an active veterans advocate, reactivating the local CNY Chapter 490 Military Order of the Purple Heart in 2004 and helping to establish the 22nd Congressional NY District as a Purple Heart Congressional District, becoming the first district in the nation.

Denn is known for her compassion and desire to better the lives of anyone in need. She served as chaplain and pastoral care counselor in the Mohawk Valley Health System for nearly 30 years, retiring in 2012. She has served on several boards and councils including the American Cancer Education and Rehabilitation Committee; Hospice Care, Inc. Staff Support; Bereavement Counseling and Pastoral Care Committee; Faxton Hospital Bioethics Committee; and the Samaritan Counseling Center board.

Dancy has been active in helping efforts to recognize and understand of the importance of African American history. Dancy has helped to expand local Juneteenth celebrations working with the NAACP Utica/Oneida County, local businesses and the Munson Williams Proctor Arts Institute.

Moran was known as “The Voice of Vernon Downs” and called the horse races for more than 40 years. Moran grew up in Springfield, MA, and attended Springfield College before moving to central New York where he became sports editor for the Oneida Dispatch. He started calling the races at Vernon Downs four nights a week in 1964 and two years later started calling the races every night. In 1975, he became director of publicity at the track and continued calling the races. He has served as chairman of the board and president of the North American Harness Racing Publicists Association and alternate president of the Harness Tracks of America.

The Oneida County Historical Hall of Fame was started in 1946 to ensure that noteworthy people in our community and their achievements are recorded in local history, according to the History Center announcement. It is named after benefactors David and Carolyn Ellis. David Ellis was a history professor at Hamilton College, past president of the History Center, author of state and local histories, and was inducted into the Hall of Fame in 2002.

The Living Legends category was added in 2001 because these individuals are present-day models of people making a difference, the announcement added. This category is named after benefactor Richard W. Couper, who was president of Hamilton College, president of the New York Public Library, and a trustee of the History Center.