Over the past few years, Cornell Cooperative Extension of Oneida County has been participating in initiatives that aim to help restore the populations of endangered insect species. 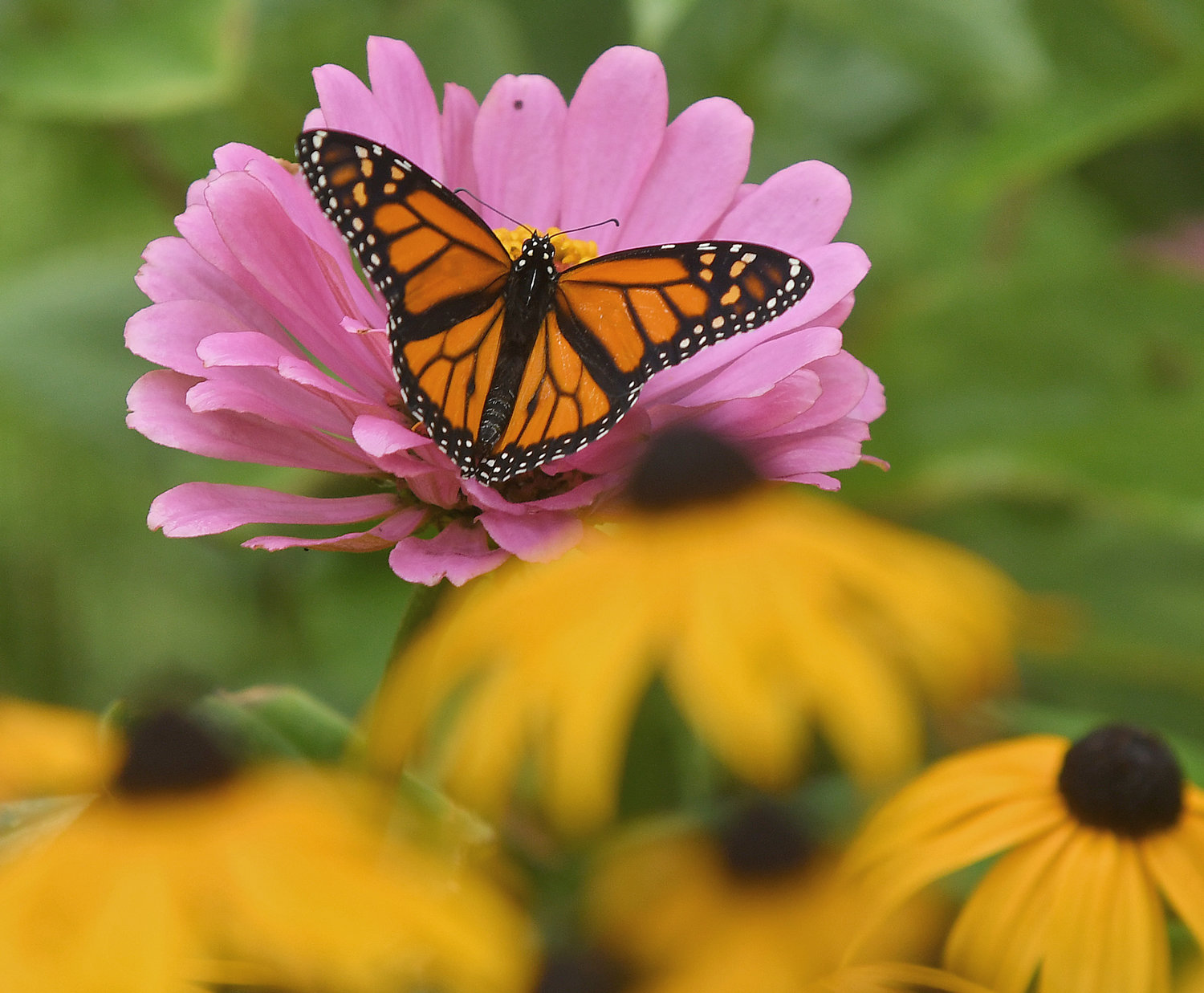 One of the 12 Monarch butterflies that have a new home in the Butterfly House at Cornell Cooperative Extension in Oriskany found a spot on a pink zinnia.
(Sentinel photo by John Clifford) 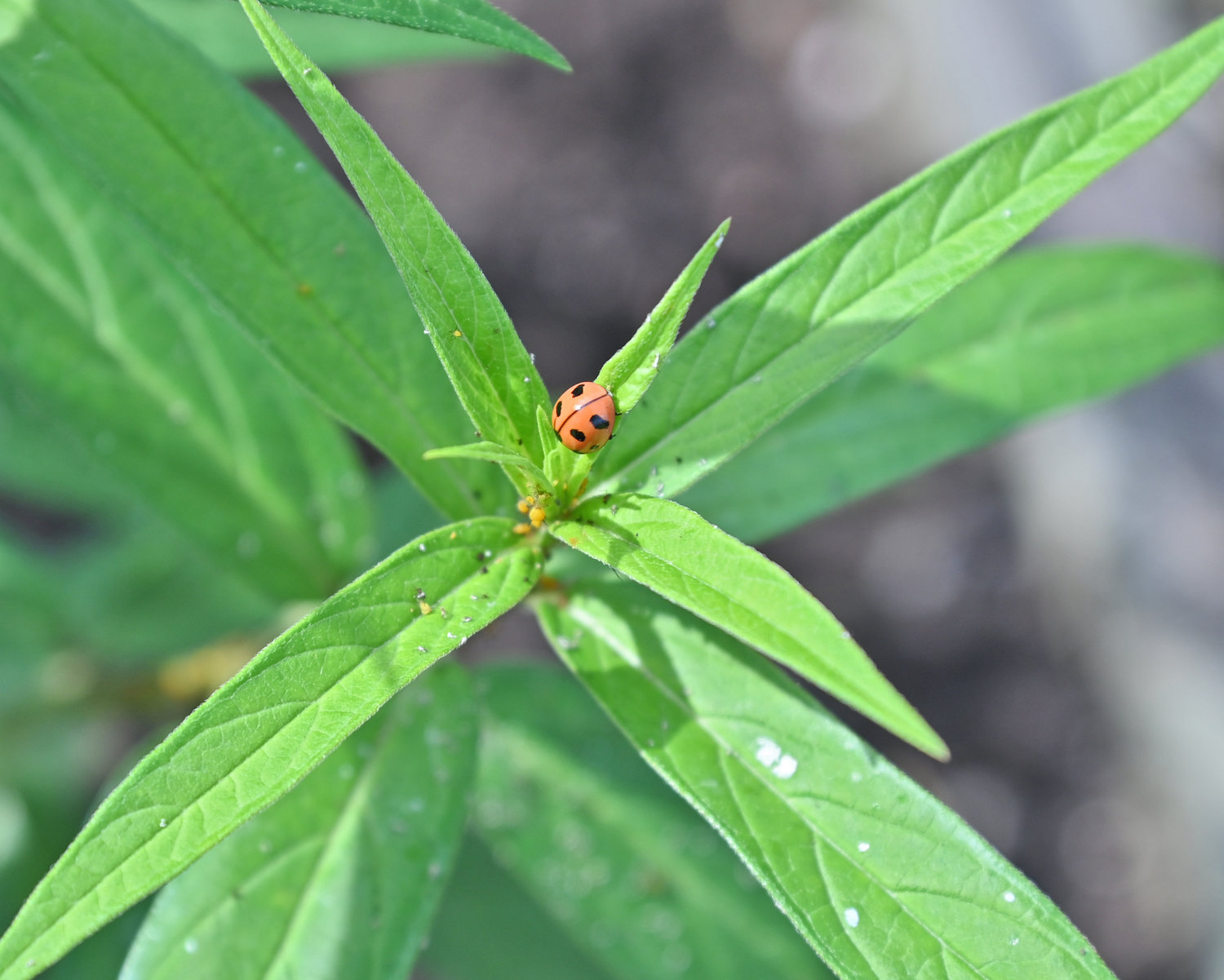 A closeup of ladybug on a milkweed plant in the Butterfly House at Cornell Cooperative Extention Tuesday morning.
(Sentinel photo by John Clifford) 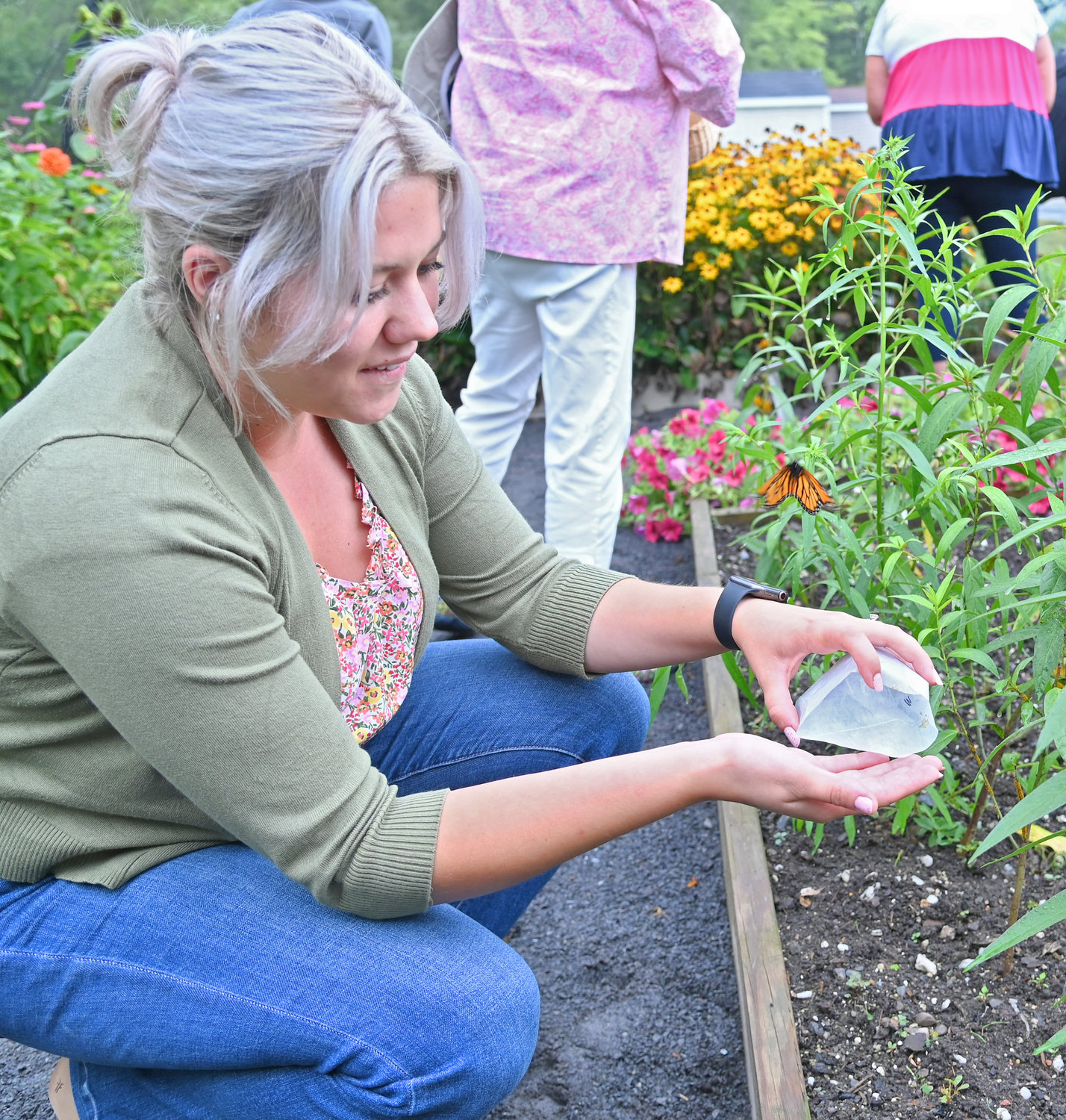 Cornell Cooperative Extension’s Alex Harrington releases one of the 12 Monarch butterflies that have a new home in the Butterfly House at the facility in Oriskany.
(Sentinel photo by John Clifford) 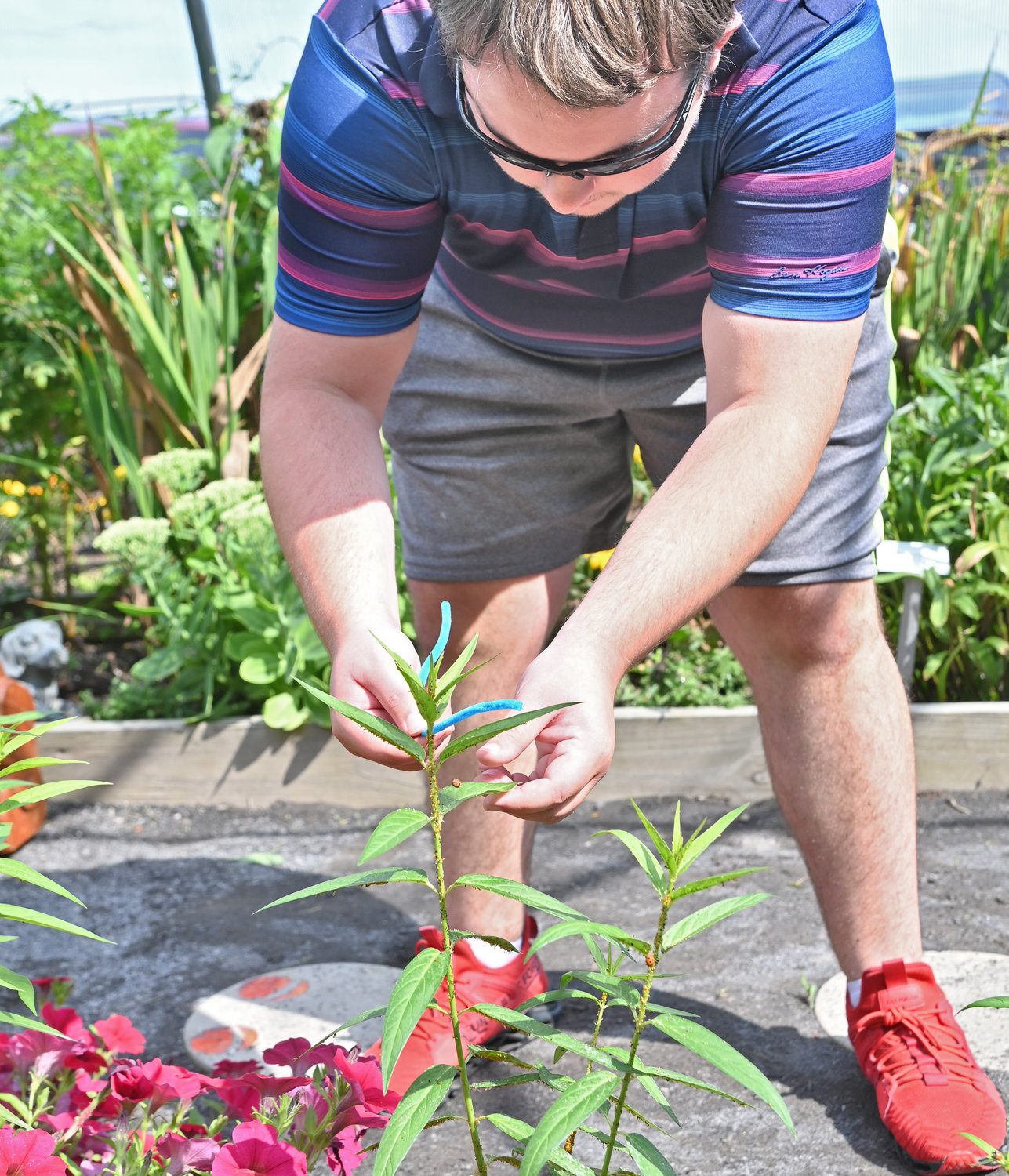 ORISKANY — Over the past few years, Cornell Cooperative Extension of Oneida County has been participating in initiatives that aim to help restore the populations of endangered insect species.

Both monarch butterflies and nine-spotted ladybugs are classified as endangered.

On Tuesday, master garden volunteers and students from the CollegeWorks program at Mohawk Valley Community College in Rome, used pipe cleaners to place 25 nine-spotted ladybugs on milkweed plants as a part of the Ladybug Project.

Holly Wise, consumer horticulture and plant science educator for Cornell Cooperative Extension of Oneida County, said the timing of the ladybug delivery lined up perfectly with the delivery of butterflies.

“We have monarchs that are coming in, and we had aphids already on the milkweed, which the monarchs lay their caterpillars on,” Wise said. “So the ladybugs should eat the aphids right up and that will make sure there’s enough milkweed for the monarchs to lay their eggs.”

One by one, each butterfly was released from the wax paper envelope it was shipped in, leaving it free to flutter around and explore its new home. In the time leading up to the butterfly release, master garden volunteers worked hard to plant flowers and plants that attract butterflies.

The garden is now a vibrant mix of black-eyed Susans, bright pink zinnias, verbena, gerbera and shasta daisies, along with milkweed plants. Black and orange signs line the edges of the garden, with fun facts about the butterflies. Did you know that monarchs weigh less than a paperclip?

Monarch butterflies lay their eggs on milkweed, which is the sole source of food for monarch caterpillars. The use of pesticides and herbicides has killed milkweed and the monarch butterflies that rely on the plant.

“This is the problem, we don’t have enough milkweed to feed them,” Furgal said. “That’s growing a little bit, but we’re still short. I think people are going to have to cut it at home and bring it in for us.”

People can bring milkweed to the garden, but the plants must be washed to ensure they’re free of bugs. There have been past issues with bringing milkweed that has bugs on it into the garden, which eats the monarch chrysalises and caterpillars.

“This is really the first year we’re trying to bring [the monarch butterflies] back, but this is the problem,” Frugal said. “Without milkweed, they won’t survive.”

The Parker F. Scripture Botanical Gardens is at 121 Second St. It is open to the public during daylight hours, seven days a week, free of charge.