Abbey Woodcock has proven that determination bolstered by community drive can lead to not only great recognition but also great personal satisfaction. 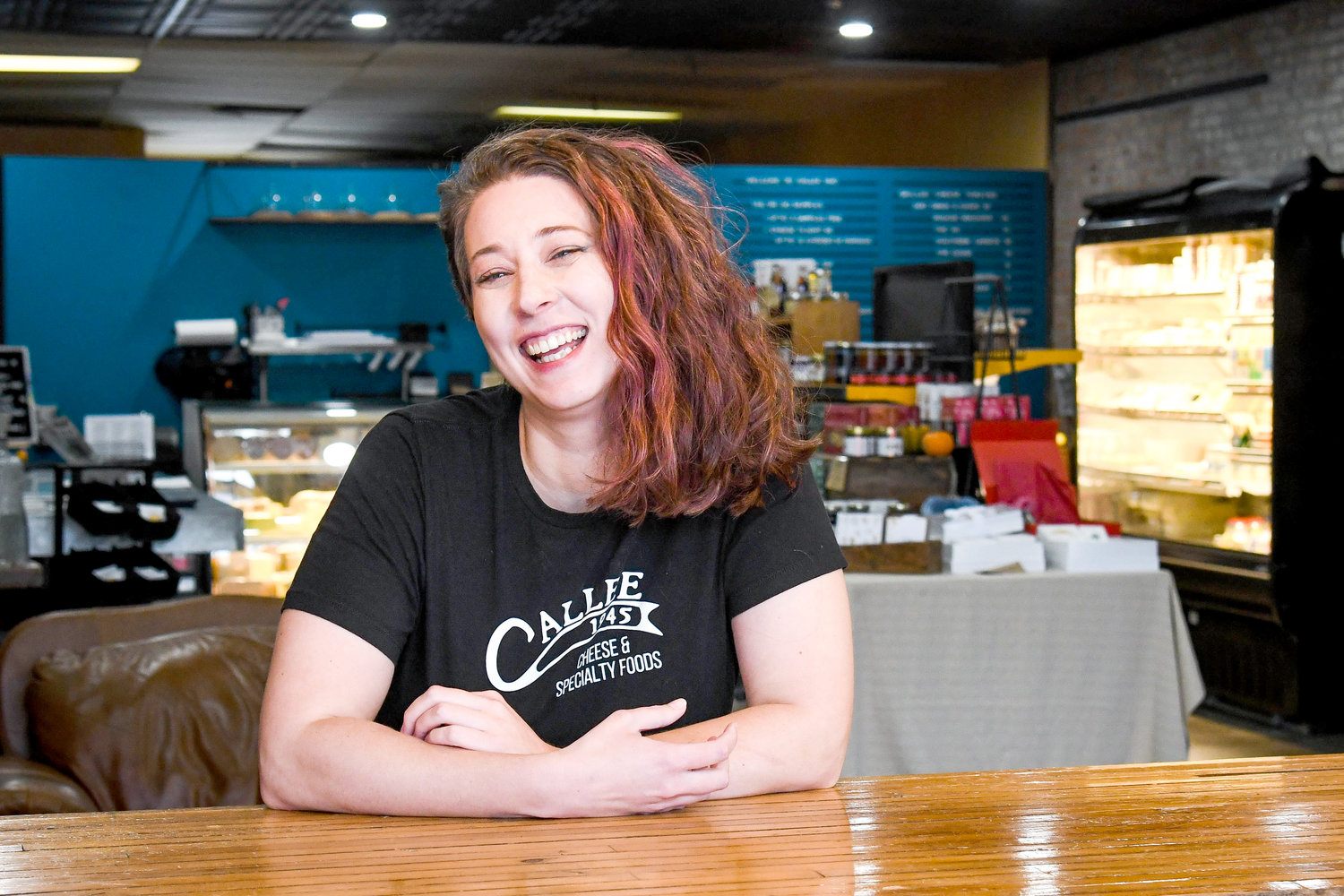 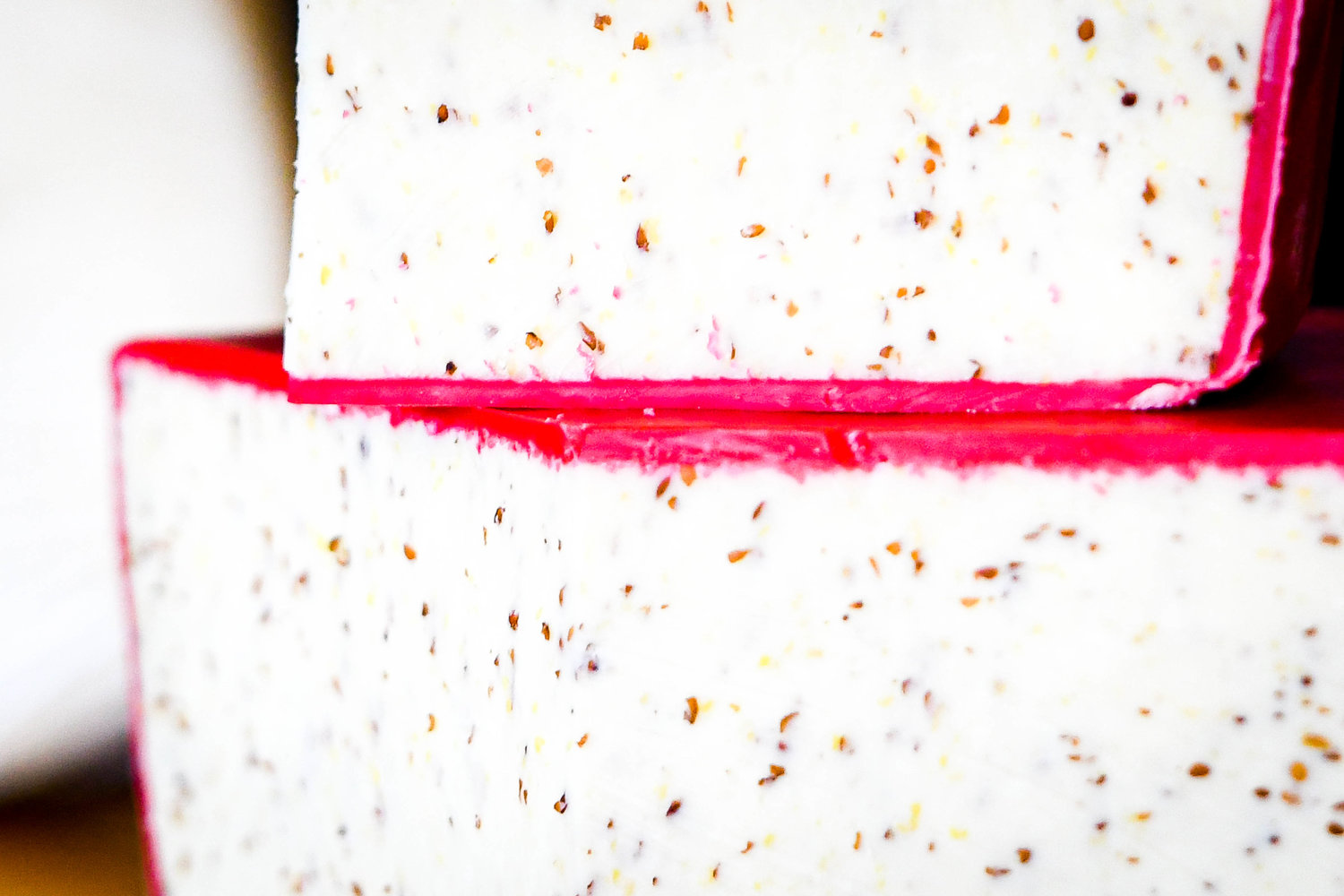 Red Dragon cheese is one of the best selling items at Callee 1945 in Oneida. This smooth, firm, tasty cheddar is made with Welsh brown ale and mustard seeds. Red Dragon is a buttery and spicy cheese with plenty of bite, but is not too hot.
(Sentinel photo by Alex Cooper) 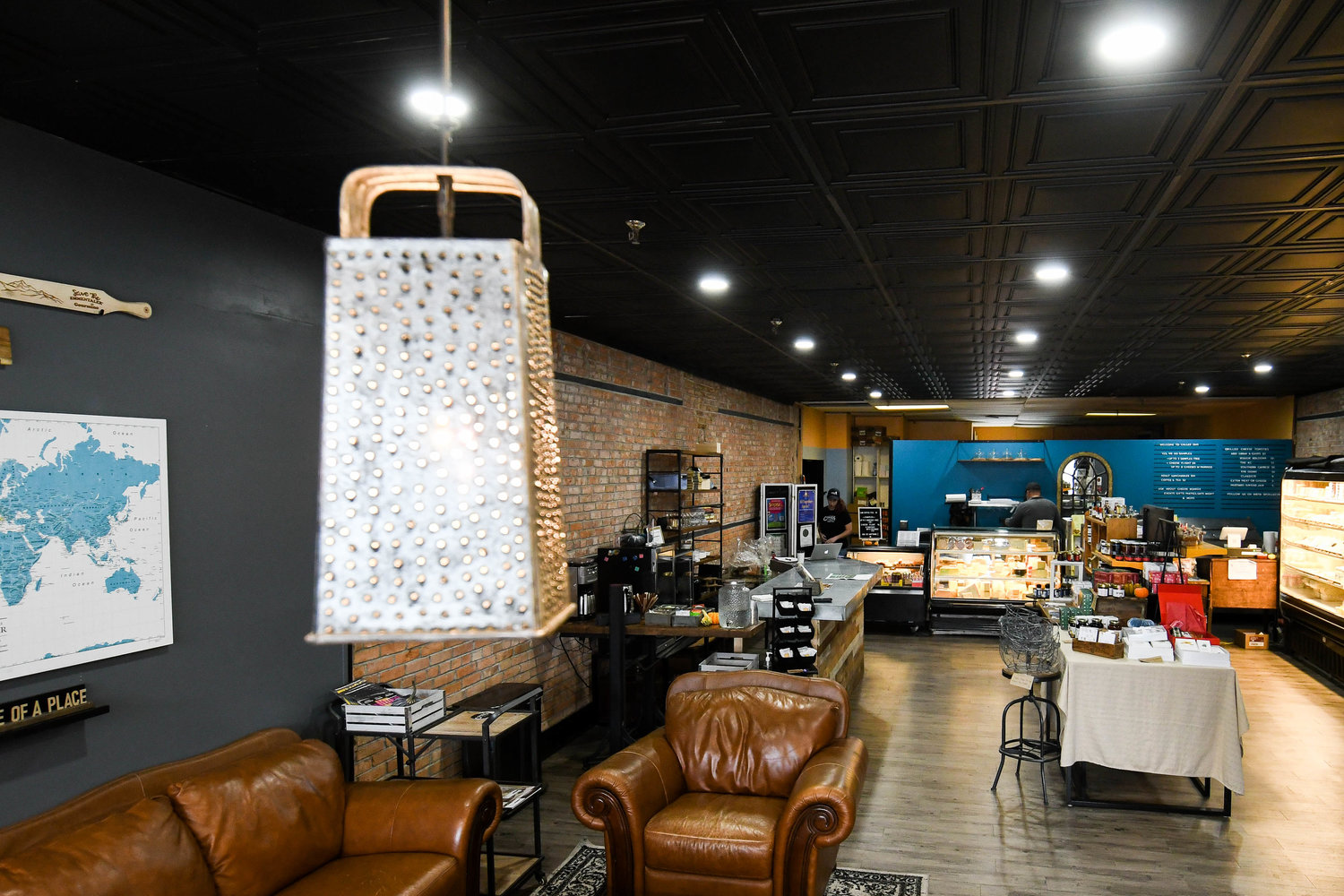 ONEIDA — Abbey Woodcock has proven that determination bolstered by community drive can lead to not only great recognition but also great personal satisfaction, from her time in the Oneida Class of 2003 to now, perhaps one of her most meaningful adventures, owning the city’s first and only specialty cheese and snack shop.

The Durhamville native is among the ambitious go-getters and creative thinkers recognized this year by the Central New York Business Journal’s 40 Under 40 awards. As the owner of two local businesses, Woodcock can look back at how she got to where she is today and see that her love for her family and community helped lead the way.

The 37-year-old’s life began among family on a dairy farm and continues to be surrounded by those she loves both by blood and by shared experience.

Her cheese shop, Callee 1945, was named after her grandparents, and the pictures on the wall pay tribute to other family members. Her parents, along with her three siblings, have supported her from the very beginning, and all of them cheered her on as she accepted her award. “Without them, I couldn’t have done any of this,” she remarked. Her husband and business partner, KC Baney, has also been an important part of her success. She is also the mother of two teenagers.

Woodcock has stuck close to her home roots, having worked for local papers for a period of time in high school and after college and later opening her first business, Oneida Freelance Co-op. She has been a part of the Oneida Downtown Revitalization Initiative’s (DRI) local planning committee, where she has given valuable feedback and input from the inside to help shape the future of the city.

Her professional career, first in journalism and then in marketing, was always inspiring, but little did she know there was another path that could combine her many talents and values with one of her greatest loves: cheese.

Her personal interest in food eventually centered on cheese, “because cheese is amazing,” she laughed. She’d watch YouTube videos about it, read about it, and, of course, taste it. Eventually, she found herself enthusiastically explaining the contents of a cheese board to her friends.

She realized, “I could do this every day.”

As she dove deeper into the cheese industry, she began to wonder if a career in this field was even a possibility for her. She decided to host a pop-up cheese sale in 2020 from her Freelance Co-op storefront.

“There had to be other people around like me that loved good food and loved trying new things. So we did the pop-up kind of as an experiment. ... [We] got a banner from FedEx that just said ‘Cheese sale today’ on it, hung it on the road, and we killed it. That first weekend we were shocked at how much business that we did.”

She continued, “I realized that there just wasn’t anything around like that where there was a true cheesemonger experience. ... That’s what people want. They want to come in. They want to try things. They want something special. It’s really comparable to wine,” she reflected. Fast forward, and Callee 1945 has been open for just over a year.

Offering a friendly connection over delicious specialty foods has brought Woodcock and her clientele much joy. Guests can sample a variety of cheeses or order a customized grazing board for an elevated hosting experience.

Woodcock is feeling particularly inspired now that the holiday season has arrived, along with the accompanying hype from 40 Under 40.

However, inspiration is only part of the game. Behind every small business is an owner or two who wears many hats while struggling to keep the lights on.

Woodcock echoed these realities in a candid Facebook post she shared in August commemorating her shop’s one year anniversary in September. “I wanted to post that because I think people have this idea that if you own a business that somehow you must have tons of money and tons of success, and it’s really the opposite. In terms of monetary success, I was far more successful as a marketer than as a cheese shop owner. Luckily, that’s really not how I measure it,” she said.

Despite facing many challenges and uncertainty, Woodcock said she won’t be going anywhere. She thinks about the future of not only her shop, but Oneida, too, with excitement, and she sees great potential.

“This community just means a lot to me,” she said.