Norchad Omier had 16 points and 16 rebounds and No. 17 Miami overcame a double-figure deficit to beat Syracuse 82-78. 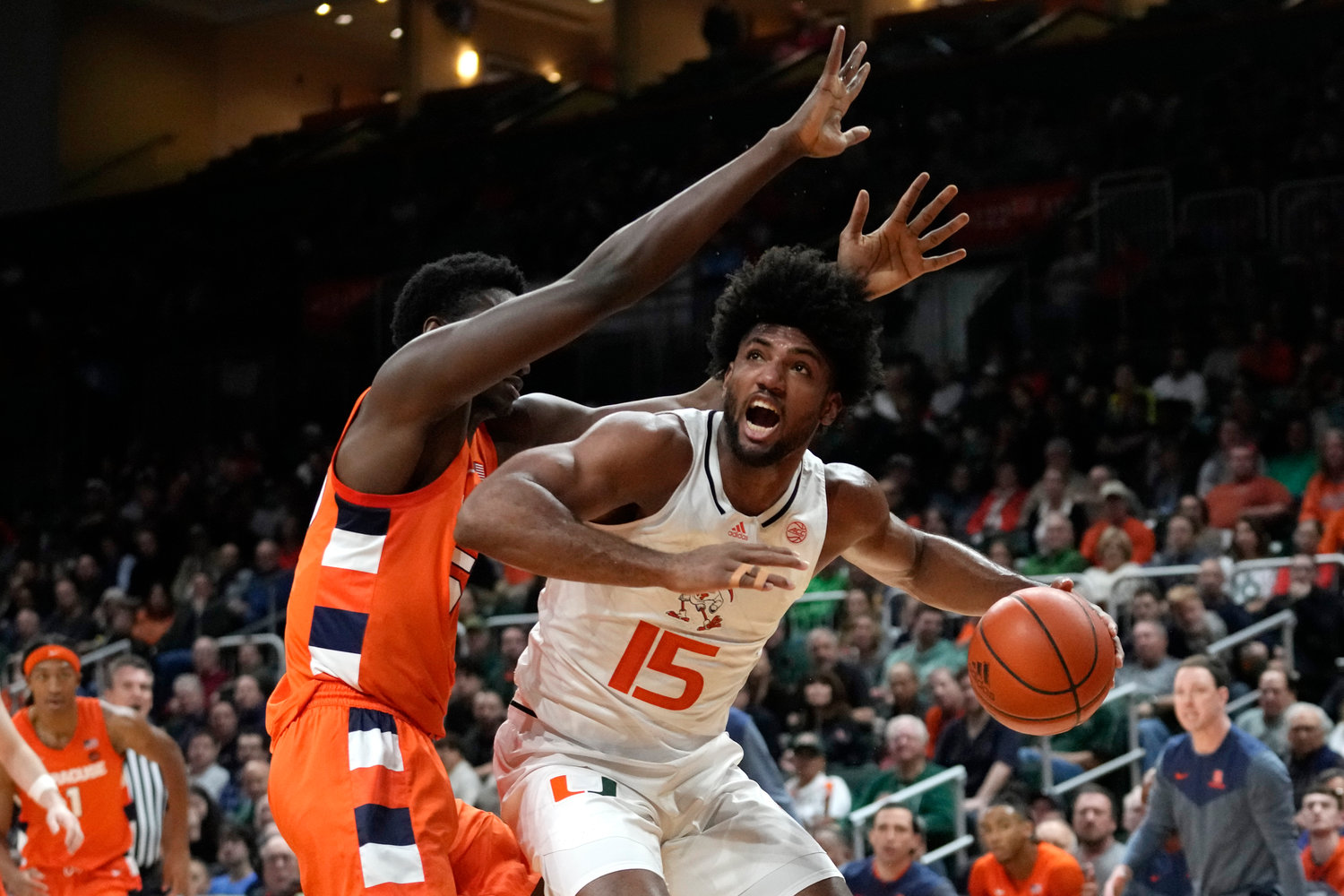 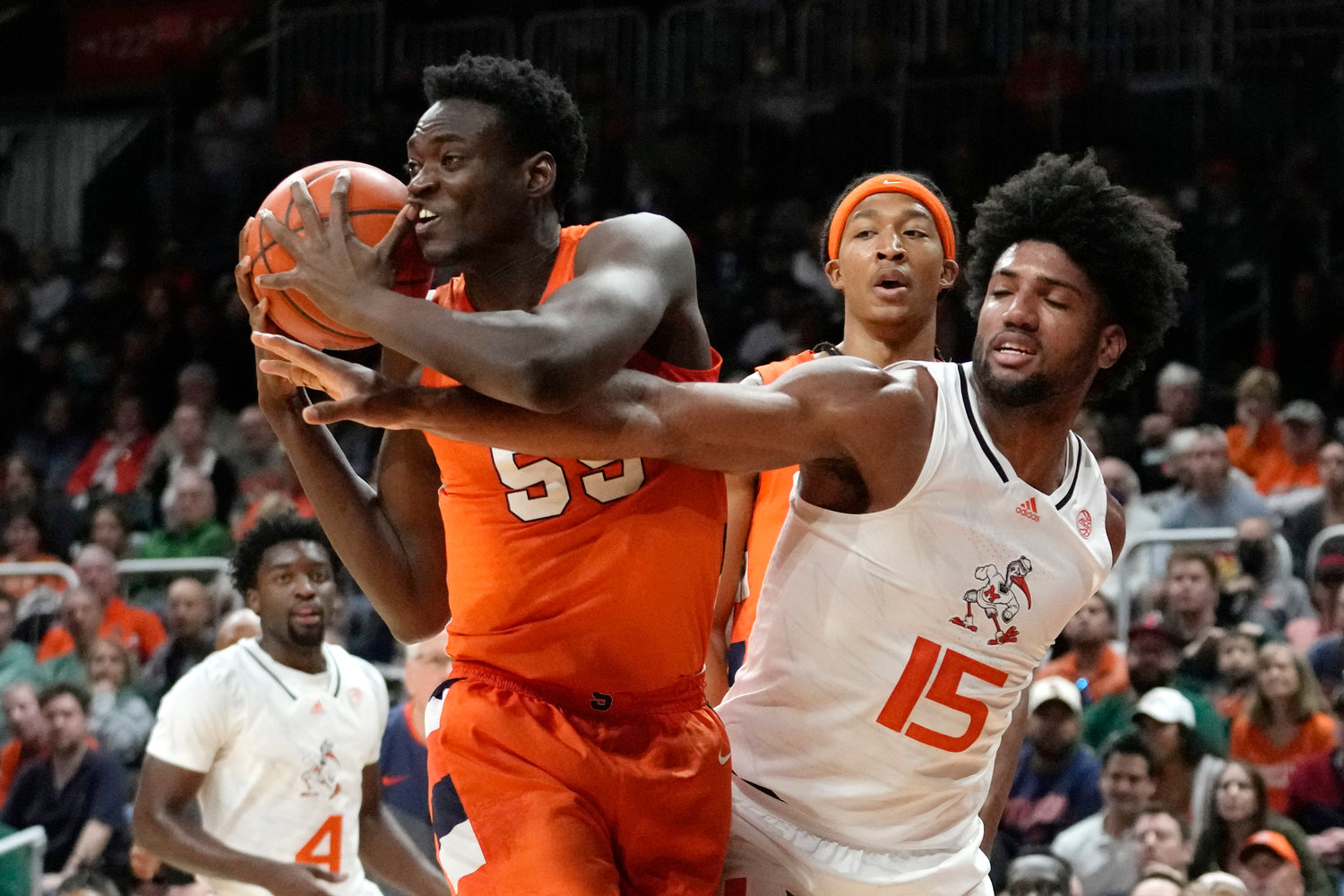 Syracuse center Mounir Hima gets the ball away from Miami forward Norchad Omier (15) during the first half of Monday night's game in Coral Gables, Fla.
(AP Photo) 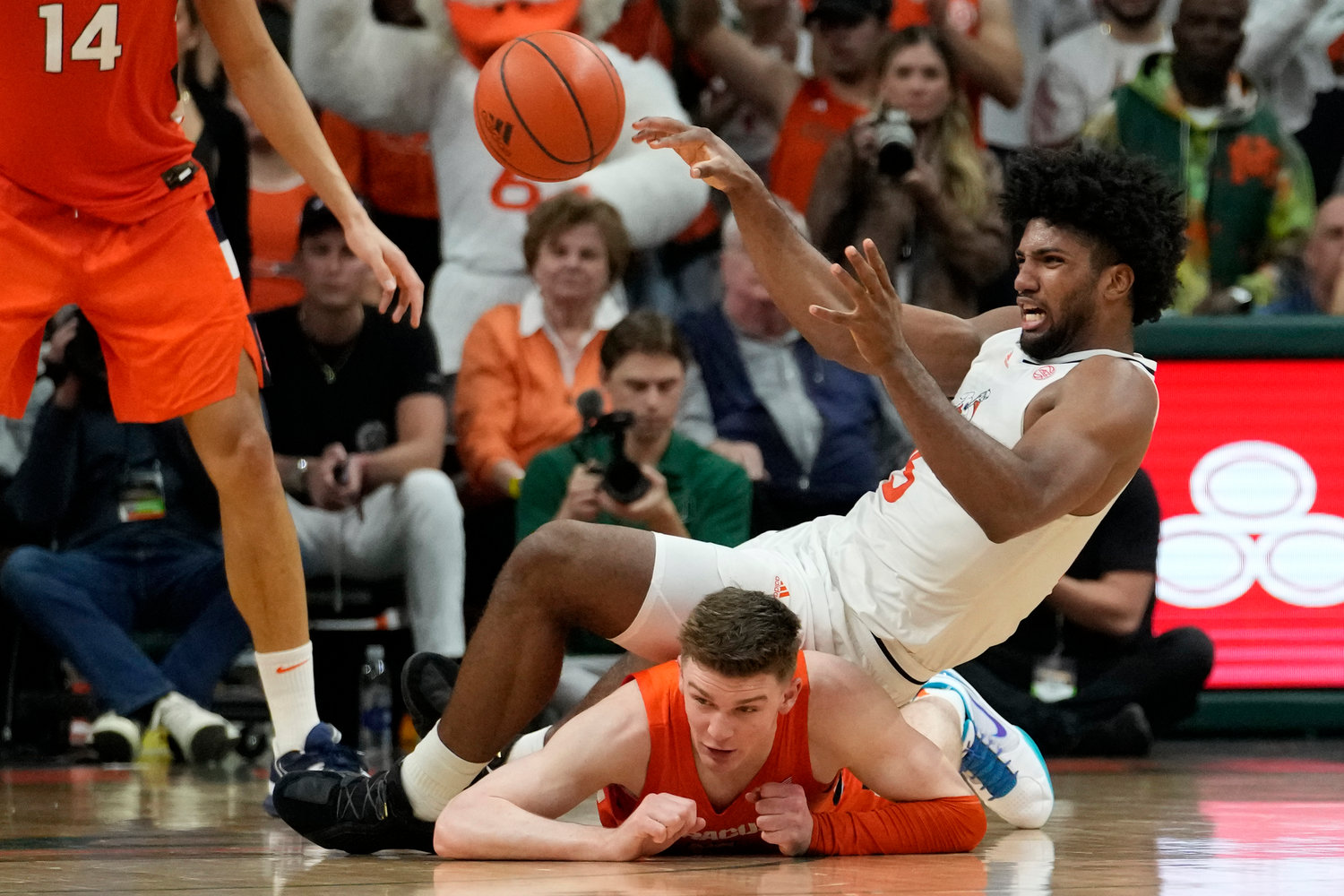 CORAL GABLES, Fla. — Norchad Omier had 16 points and 16 rebounds and No. 17 Miami overcame a double-figure deficit to beat Syracuse 82-78.

Down 11 early in the second half, Miami rallied for a 71-70 advantage on Beverly’s fast-break dunk with 3:48 remaining. Beverly then hit two free throws with 1:39 left that increased the Hurricanes’ lead to 78-73.

The Orange (12-7, 5-3) had possession with 25 seconds remaining but Omier forced a turnover on Judah Mintz with 10 seconds left. Omier was fouled and converted two free throws.

Jesse Edwards scored a career high 25 points and Girard finished with 21 for the Orange.

The Orange scored nine unanswered points and took their first lead late in the first half. Girard’s three-point play with 4:40 remaining capped the surge and put Syracuse ahead 29-24.

Edwards’ layup with three seconds left gave the Orange a 38-34 lead at halftime.

Miami opened with an 11-2 spurt before leading scorer Isaiah Wong committed two fouls five seconds apart. Wong sat after his second foul 4:08 into the game and was limited to five additional minutes the remainder of the half.

The Hurricanes were among the 11 Top 25 teams that lost Saturday. Five teams ranked behind the Hurricanes also lost, resulting in only a drop of one spot from the previous poll. Miami entered the rankings at 25 on Dec. 12, peaked at 12 before falling to its current spot.

Syracuse: Edwards had his ninth double-double of the season. Girard shook off a seven-point outing against Notre Dame on Saturday. Girard had scored in double figures in his previous 10 games.

Miami: The home game against Syracuse interrupted a road-tilted sequence for the Hurricanes. They began their road stretch Saturday at North Carolina State and also will play their next three games away from home.