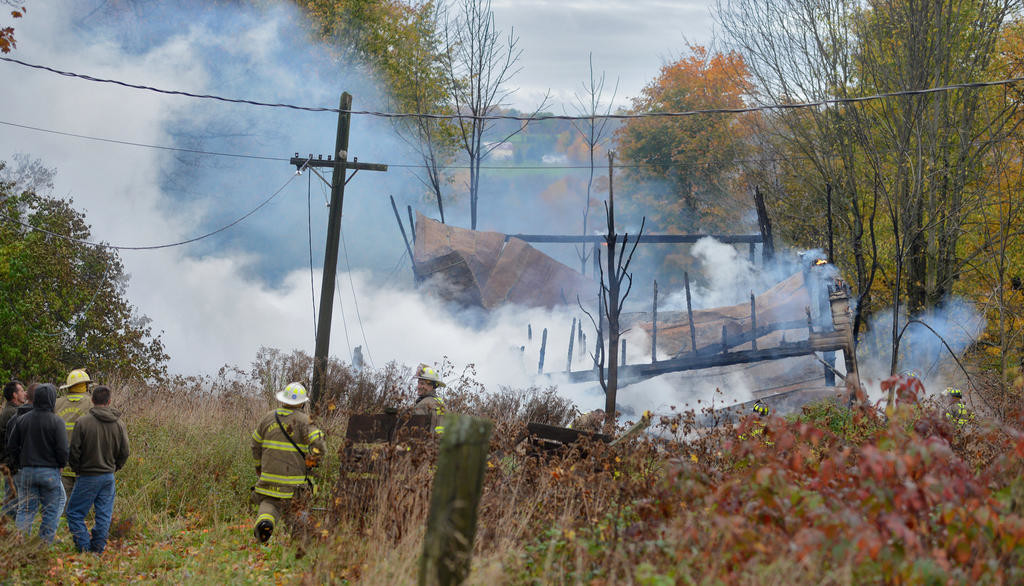 TOTAL LOSS — Firefighters look over the smokey remains of an old farmhouse on Wynn Road in Trenton Friday morning. Fire officials said the fire was a quick knockdown, and the cause remains under investigation. Story on page 3. (Sentinel photo by John Clifford) 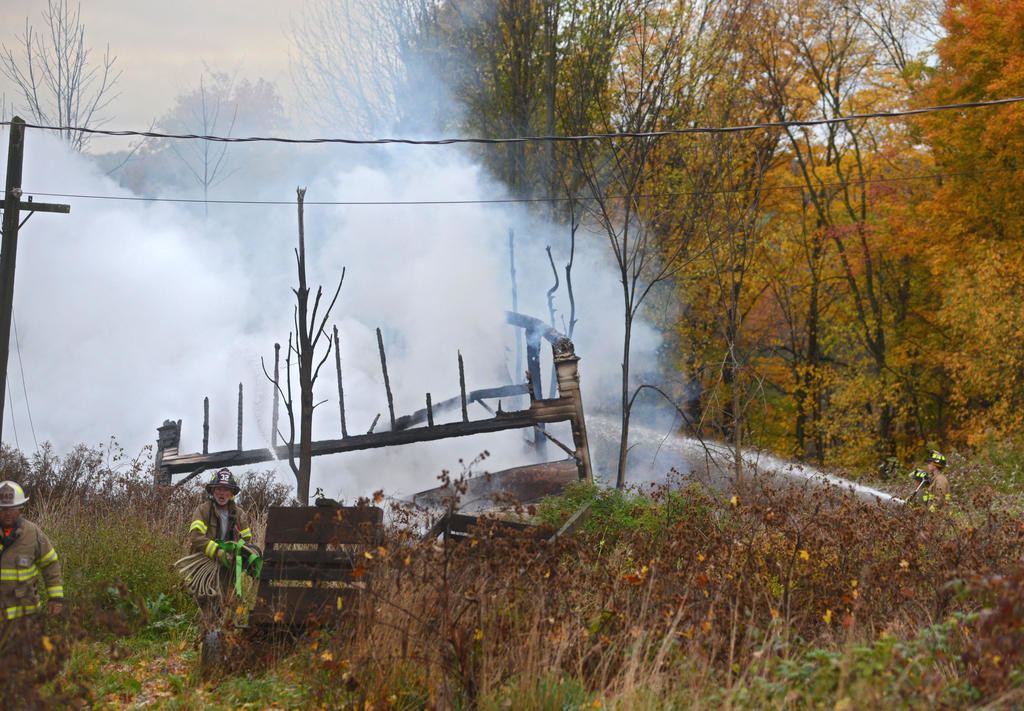 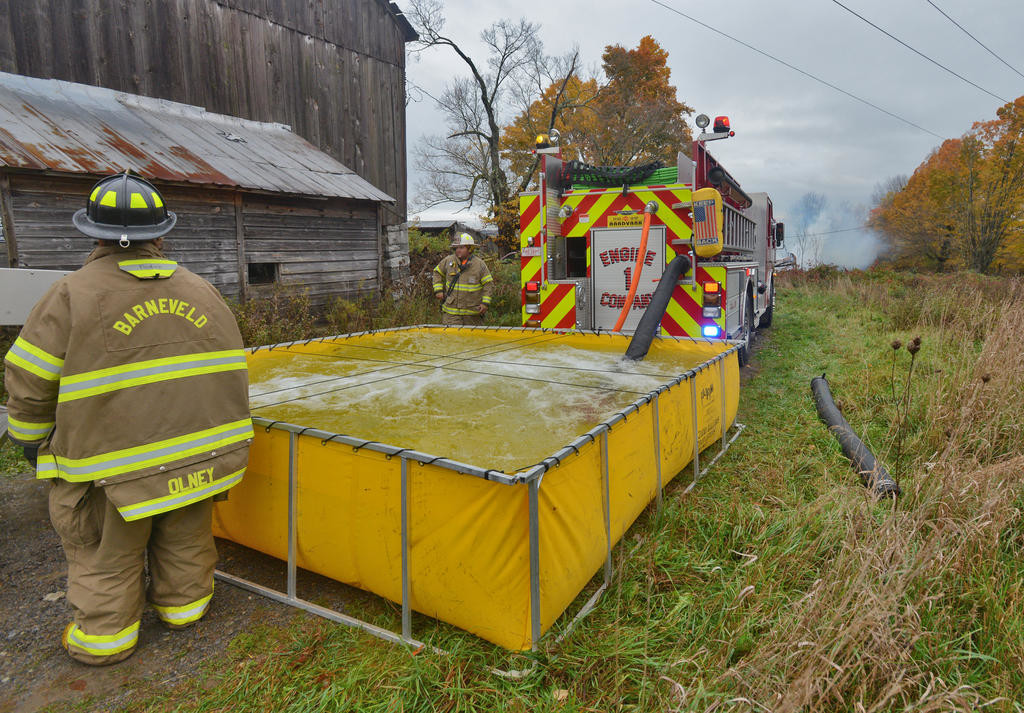 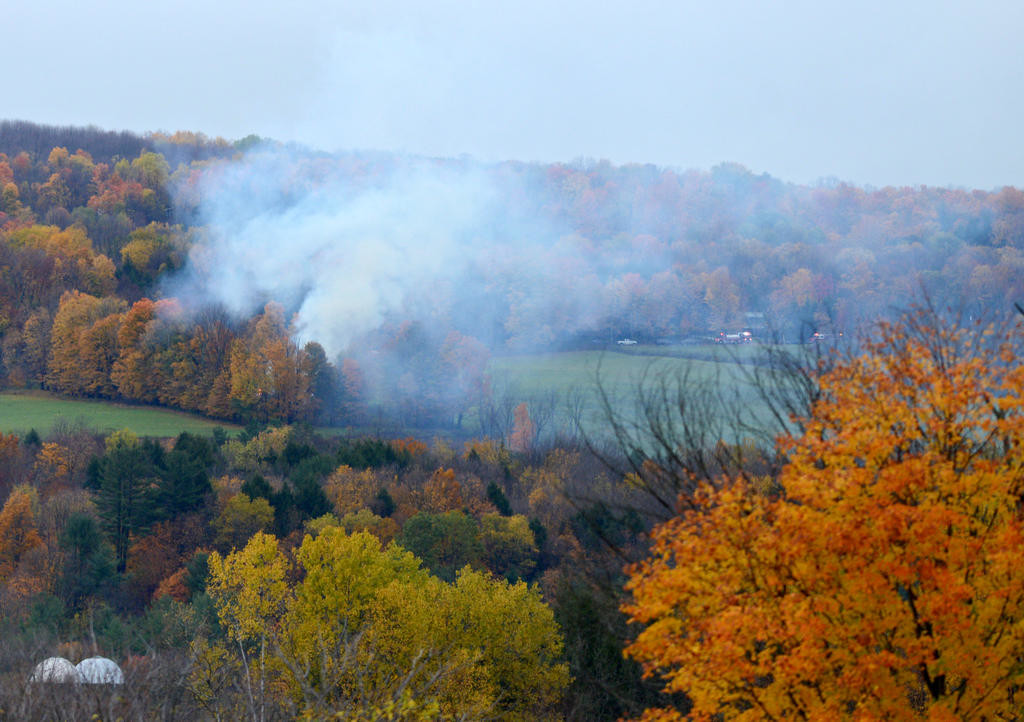 SMOKE FOR MILES — Multiple people called 9-1-1 Friday morning when they saw this smoke rising above the trees near Wynn and Korber roads in Trenton. (Sentinel photo by John Clifford)
Previous Next
Posted Saturday, October 22, 2016 11:30 am

TOWN OF TRENTON — No one was injured when an old, vacant farmhouse burned down on the dead-end Wynn Road Friday morning.

Barneveld Fire Chief Kevin Kalk said several people in the area saw the heavy smoke rising above the trees and called 9-1-1 at about 11 a.m.

An off-duty sheriff’s deputy was able to pinpoint the exact location on Wynn Road, and volunteers from three different departments responded.

Kalk said the old farmhouse was fully involved and partially collapsed by the time he arrived. The farm belongs to the Roberts family, he stated, and is located just north of the Village of Barneveld.

“The cause is still under investigation. It’s not suspicious at this time. Possibly electrical in nature,” Kalk said this morning. “They did still have power to the structure because they still use the barns on the property.”

Fire crews used the “surround and drown” method to knock down the flames in about 25 minutes.

Multiple hose lines were trained on the fire, using water tankered from a nearby fill site on Fish Hatchery Road.

“It was an exterior attack only,” Kalk explained.

Fire crews remained on the scene for several hours dousing hot spots and moving the tin roof off the debris.

Kalk said the old house was used for storage of a few old antiques. He said the Roberts family did not have the home insured.