Officials take oath of office during ceremony in Oneida 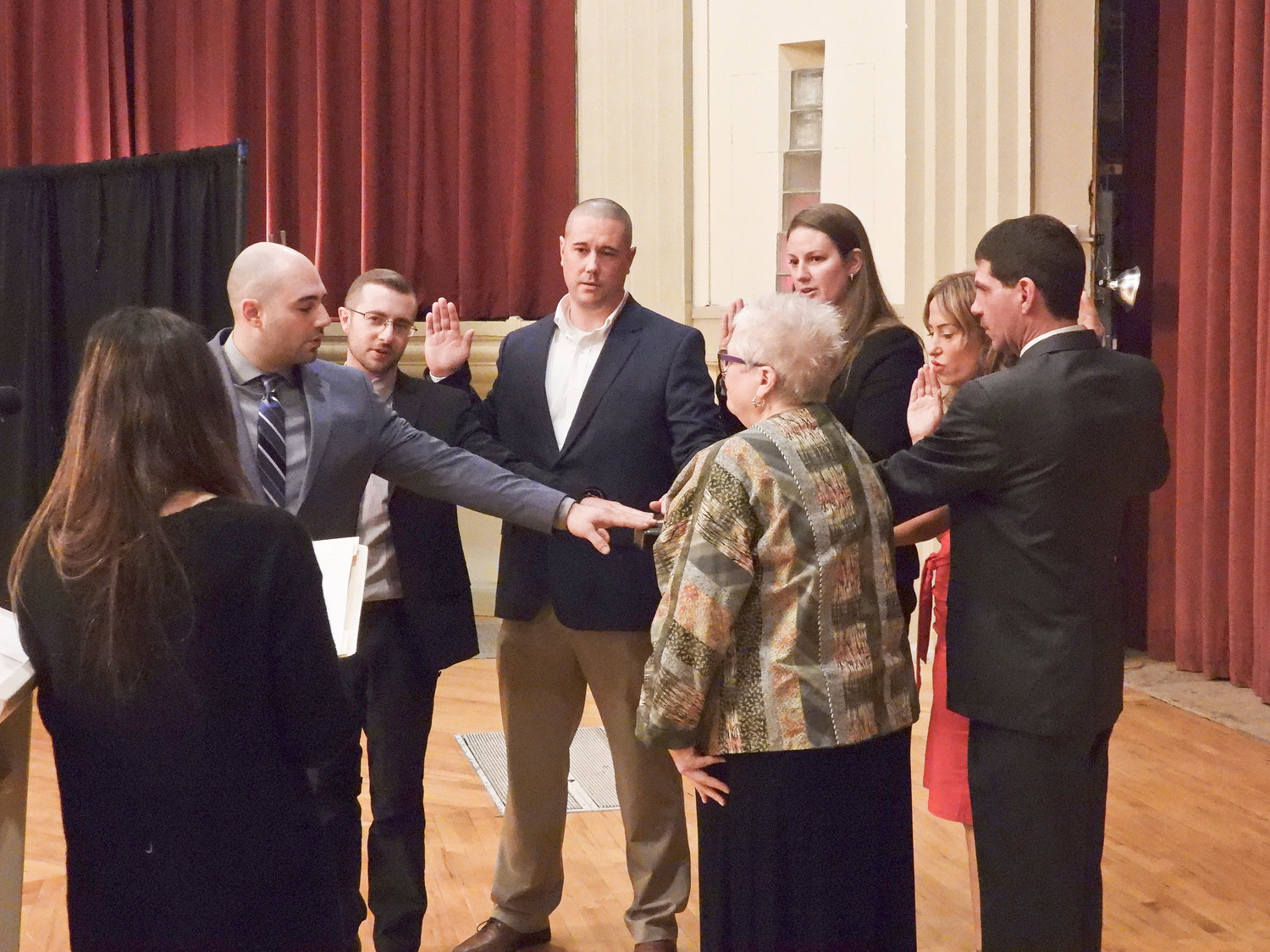 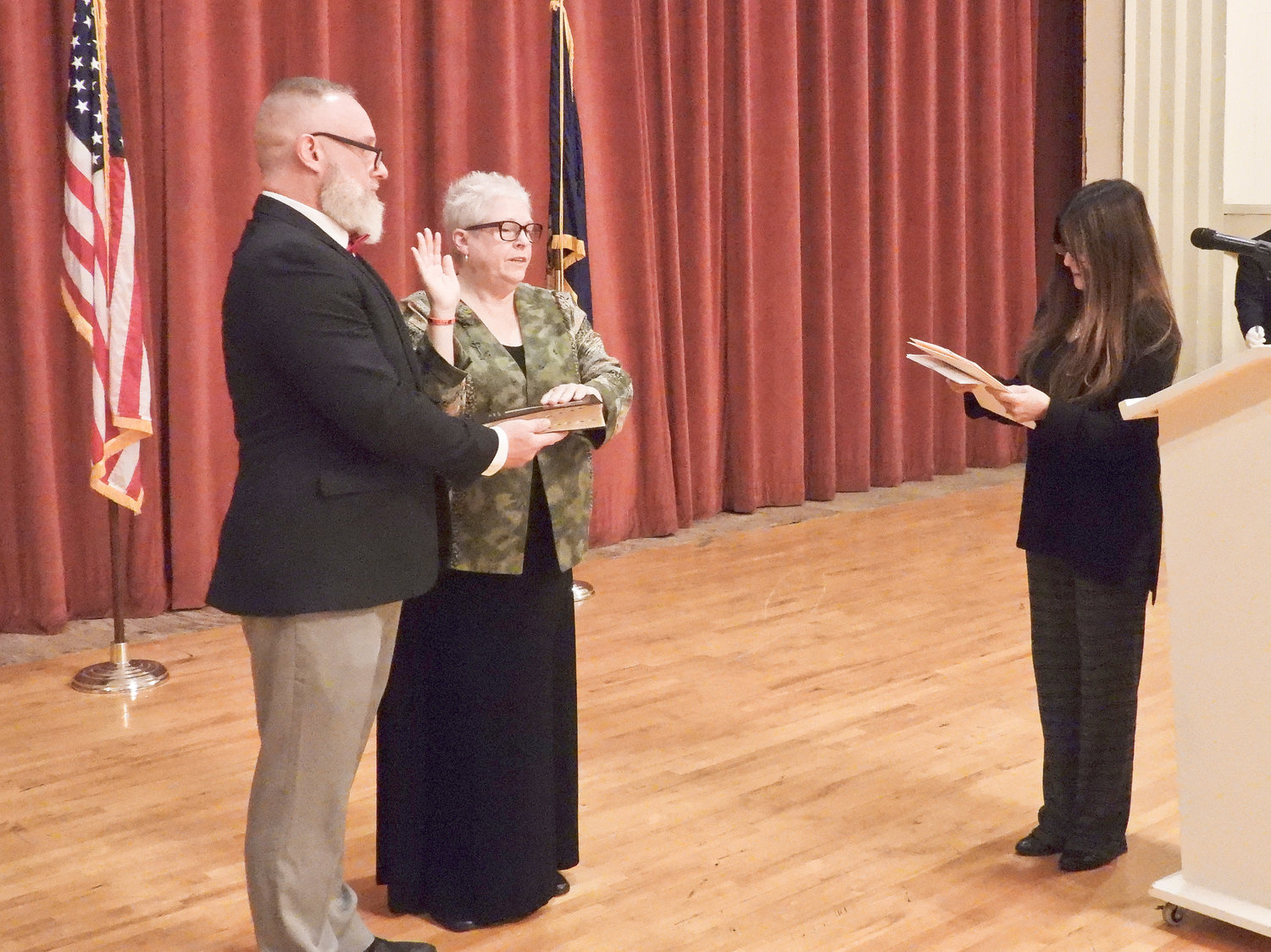 TWO MORE YEARS — Helen Acker is sworn in as Oneida's mayor for another two years at the inauguration ceremony on Sunday. Acker's son and master of ceremonies, Justin Acker, holds the bible for her as she takes the oath of Office.
(Sentinel Photo by Charles Pritchard) 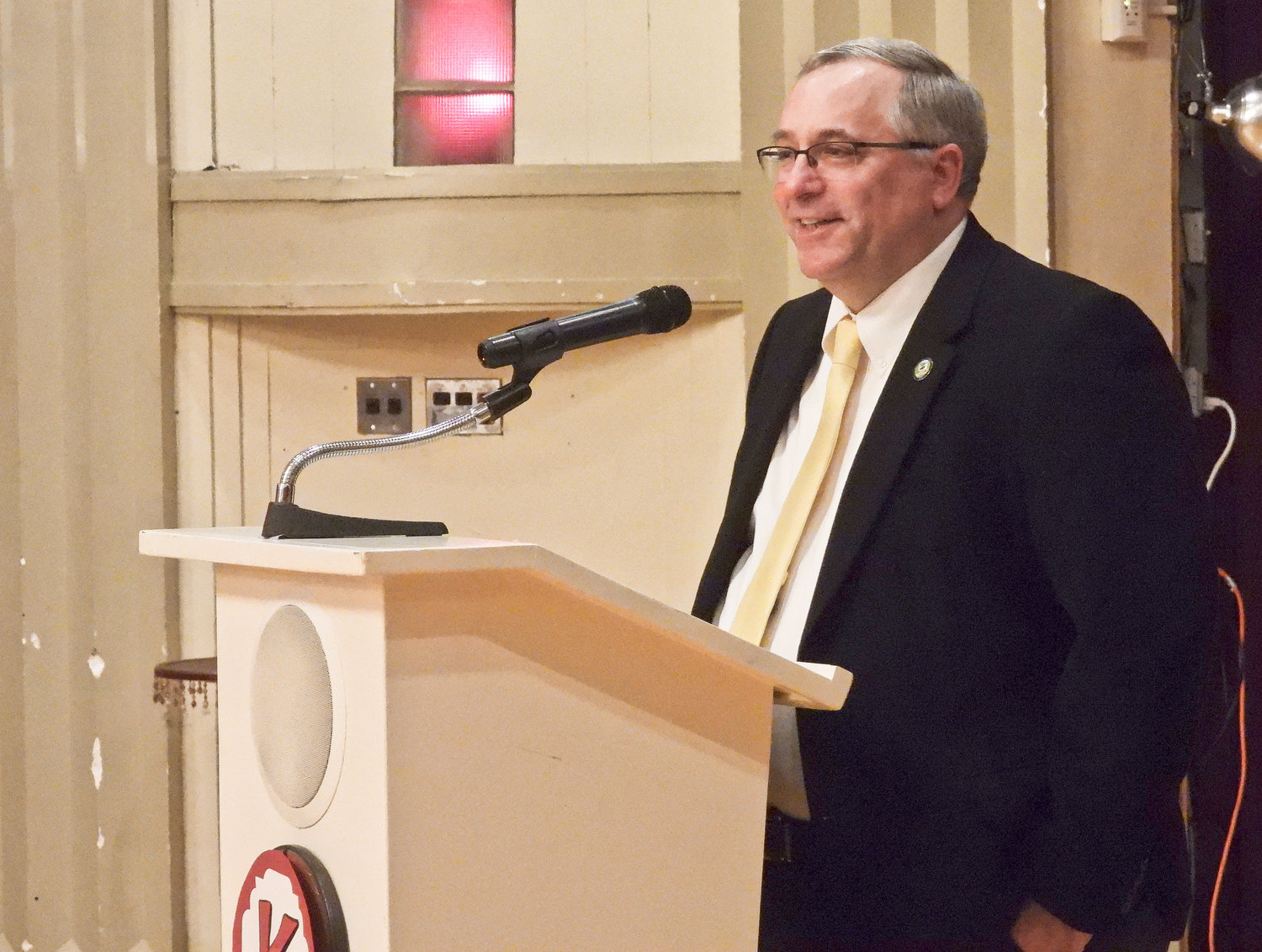 KEEP THEM IN YOUR HEARTS — Madison County Chairman John Becker speaks at the Oneida inauguration, giving newly elected councilors advice — to keep the public close to their hearts and do what’s right in their hearts.
(Sentinel Photo by Charles Pritchard) 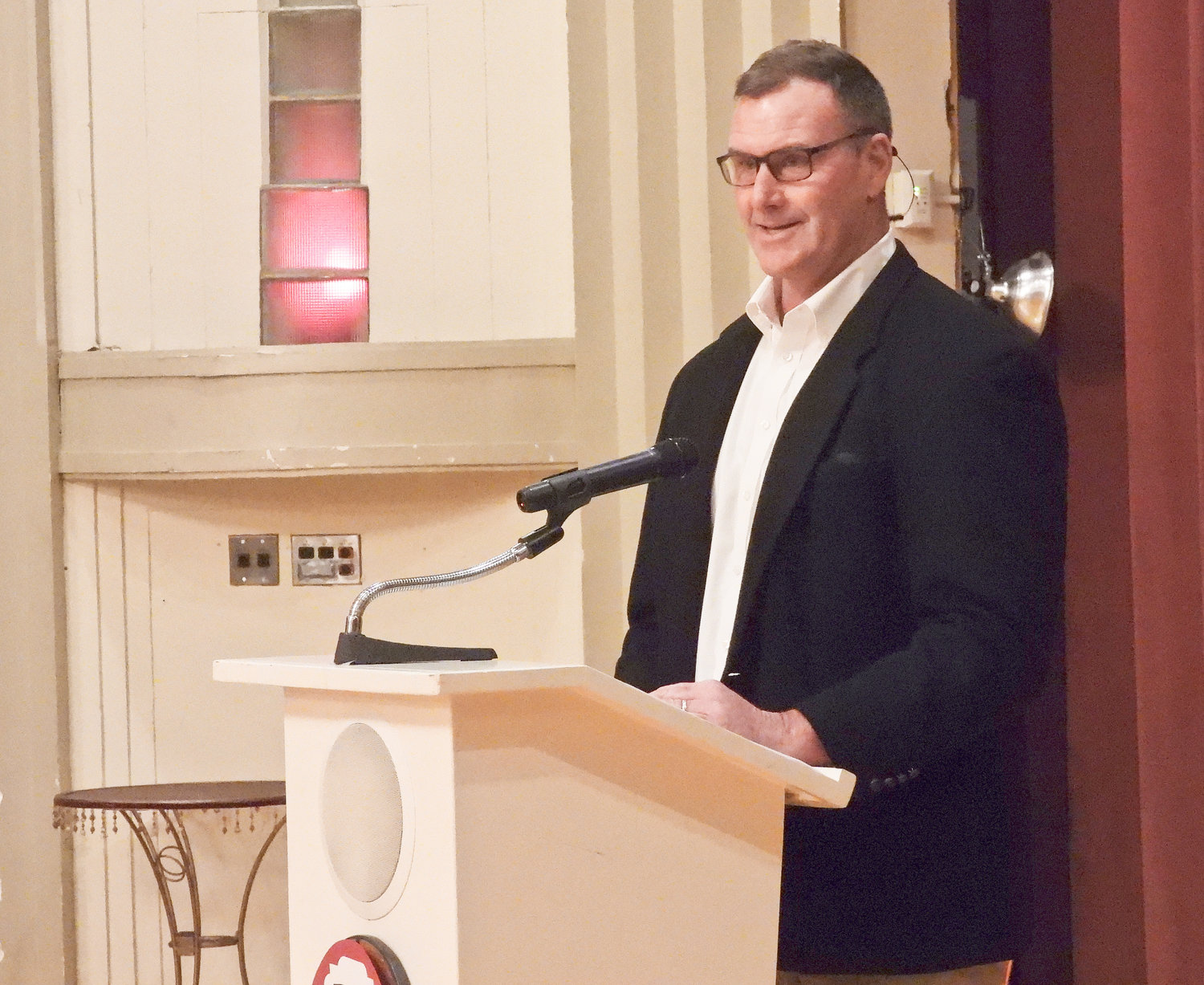 BACKED BY THE COMMUNITY — Madison County Sheriff Todd Hood extolled the work of elected Oneida officials and the support from the community they have. Hood reminded officials that, like the police, their success is because of the community backing them.
(Sentinel Photo by Charles Pritchard) 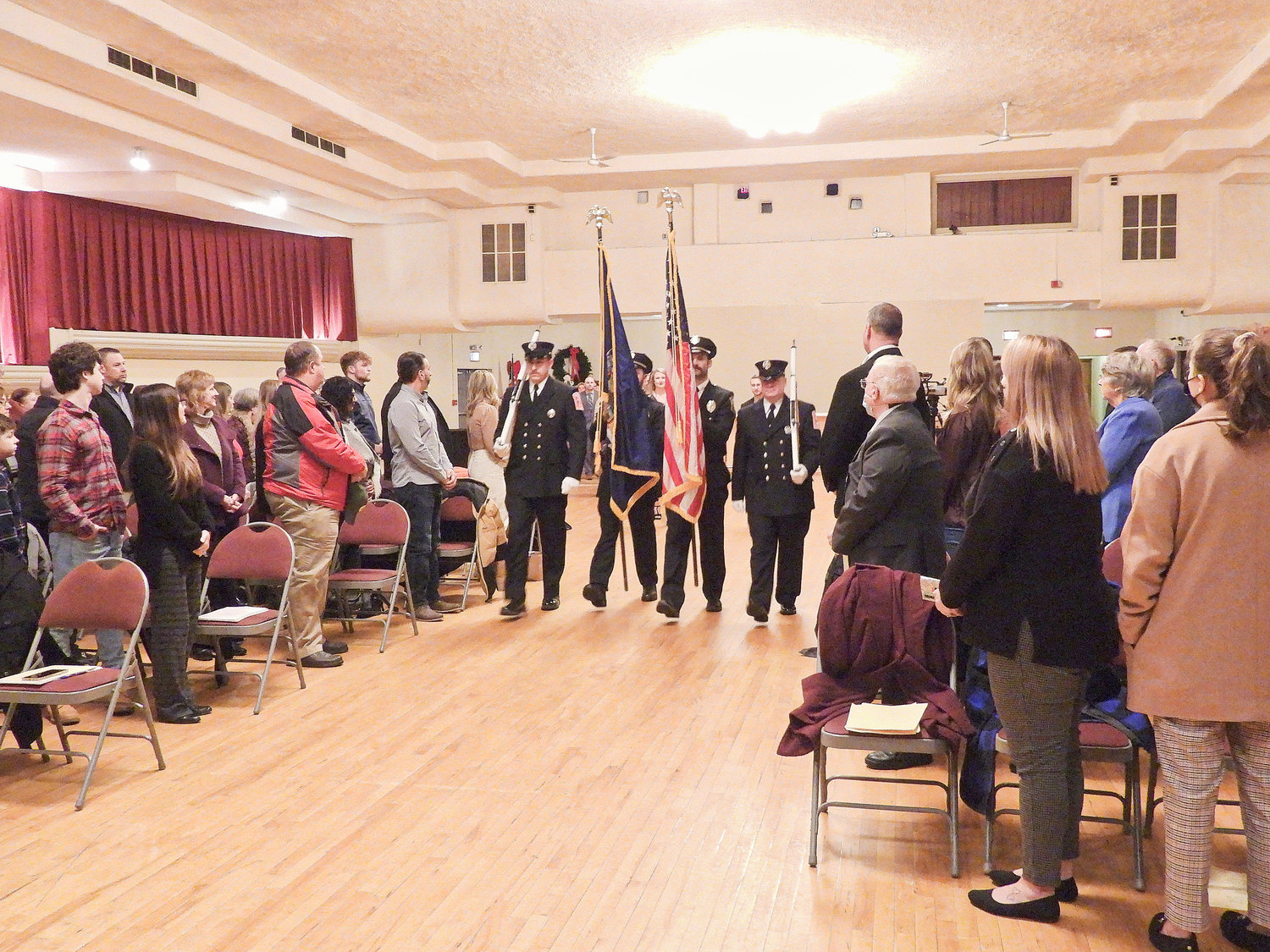 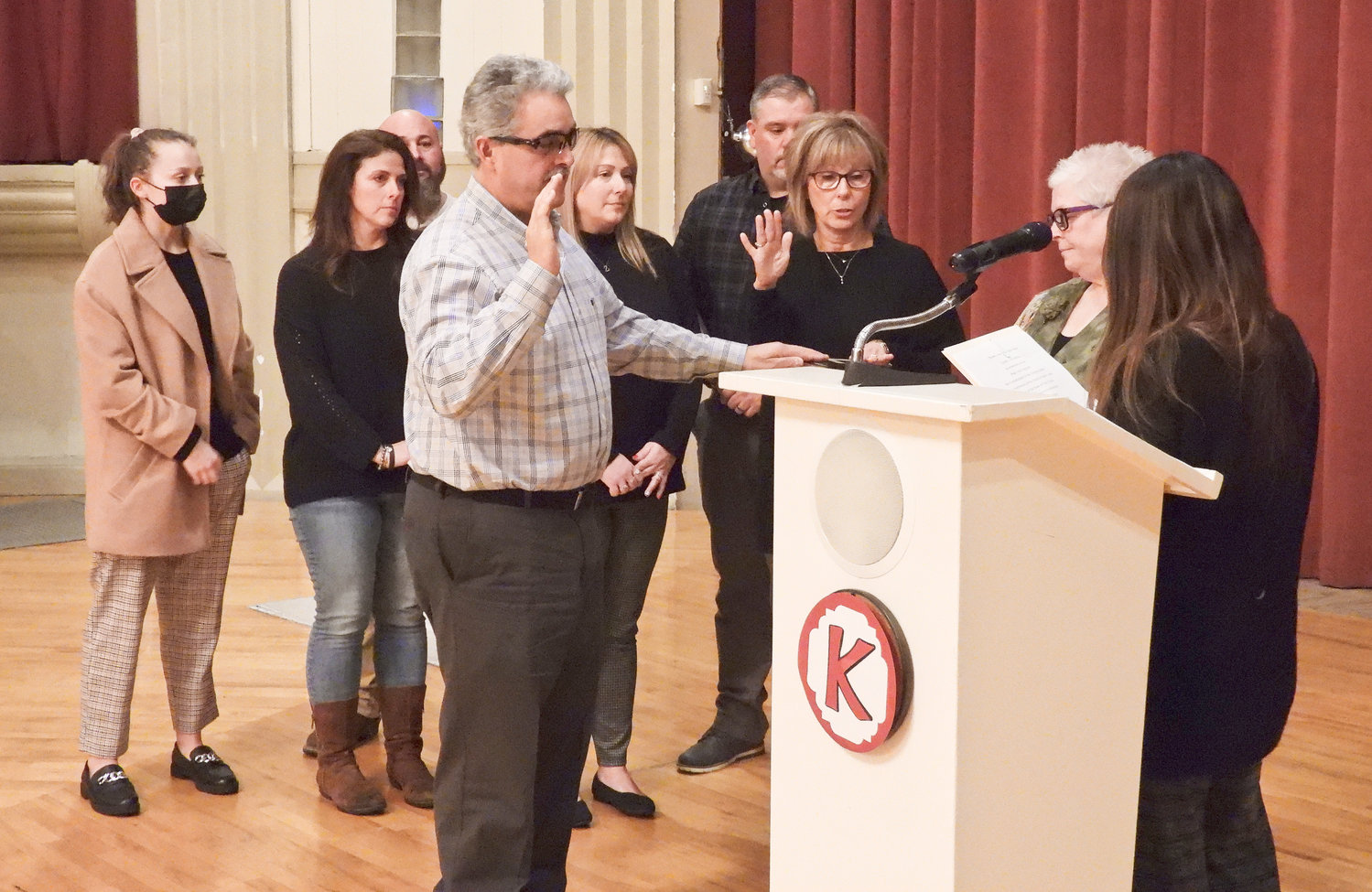 WARDS 4, 5, 6 — Madison County Supervisor Joseph Magliocca, left, takes his oath of office alongside the family of Joseph Ostrander, who was sworn into office posthumously.
(Sentinel Photo by Charles Pritchard) 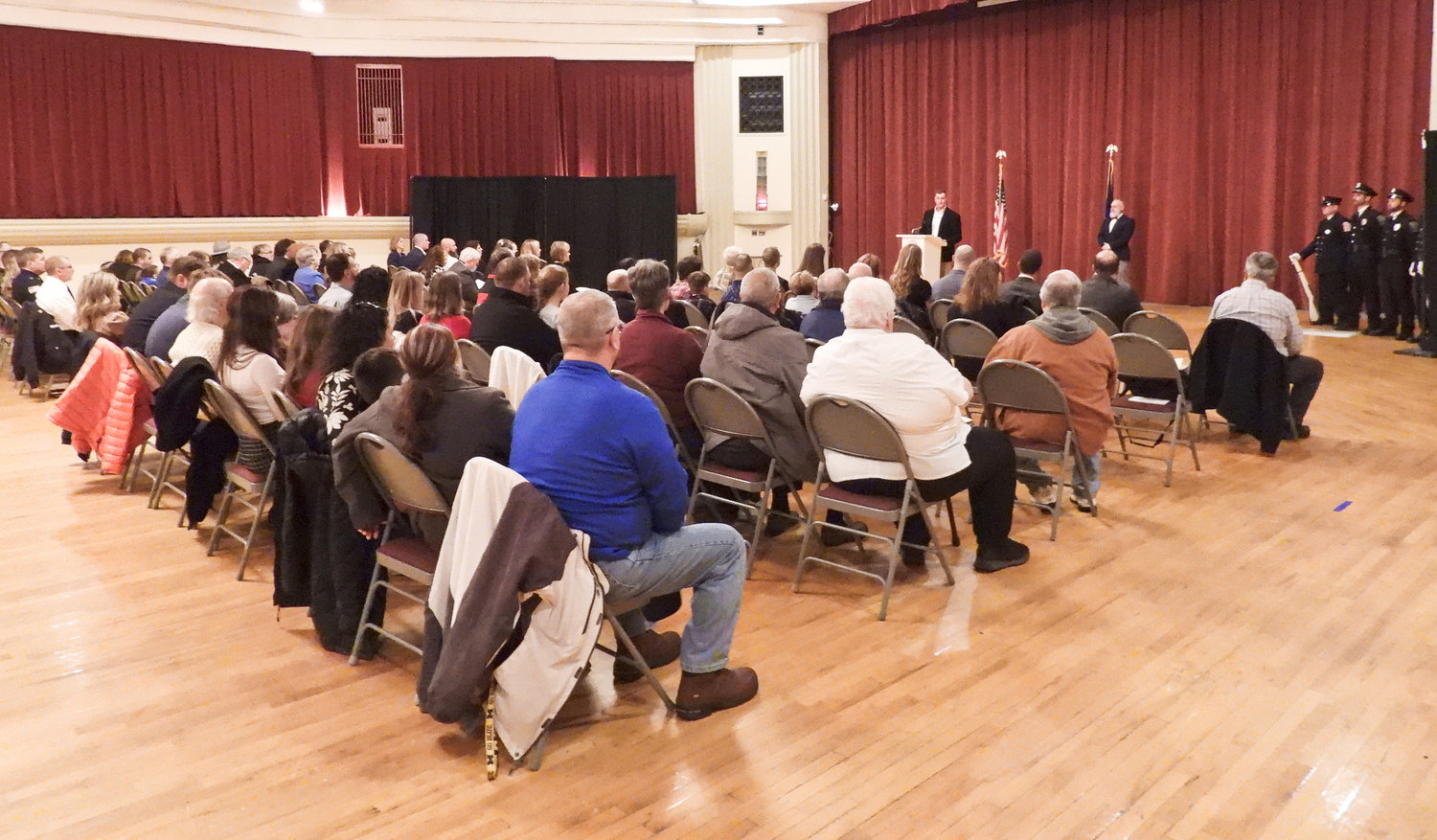 Salka sent his regards and congratulated officials on their election.

Becker congratulated Oneida city officials and offered a few words to some of the newly elected officials. “As long as you keep the public in your heart and what you do is the right thing in your heart, you’ll be all set,” Becker said. “It’s great to see such a bunch of young folks getting involved with their community. You have a chance to shape the city of Oneida for years to come. I hope you take this task to heart and bring back the city to the glory it once was.”

Hood commended the city of Oneida officials for all the work they put into their campaigning and what it turned into. “Every one of you sitting here has the support of the community behind you,” he said.

Hood extolled the city’s recent work with events like the Parade of Lights and said it was a sign of things to come. “Things are happening in Oneida that are really good,” Hood said. “People are excited.”

On a sadder note, Hood spoke on the passing of Oneida Supervisor Joseph Ostrander and the loss it meant to the community. The sheriff said Ostrander was a great man who was loved in his wards of 4, 5, and 6. Hood offered his condolences to Ostrander’s family.

Ostrander, 52, died on Dec. 9 and was sworn in posthumously, with his family taking the oath of office in his place.

Also sworn in were:

Mary Cavanagh and Matthew Roberts were unable to attend the inauguration due to the weather and will be sworn in as Madison County Supervisors for Wards 1, 2, and 3.