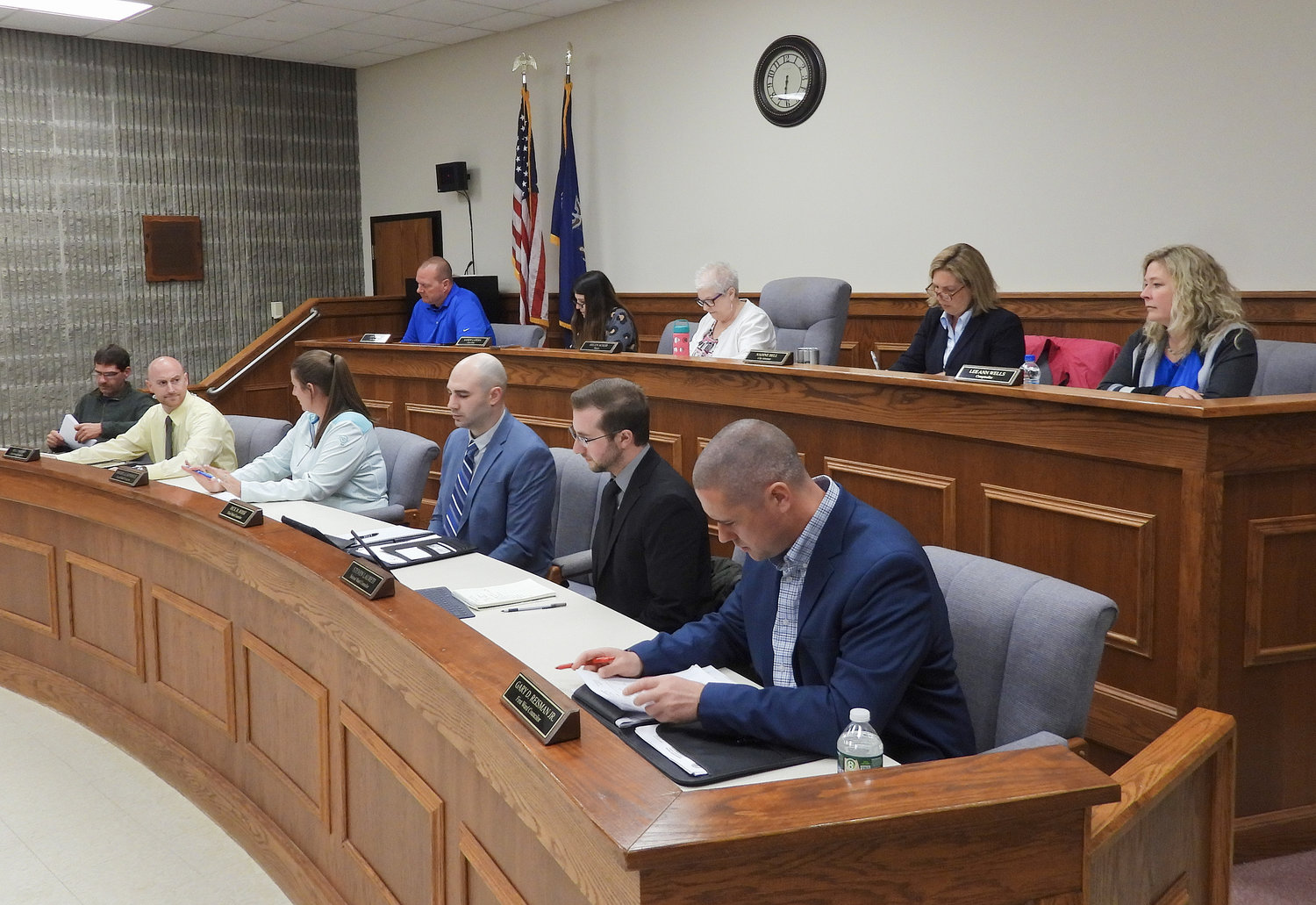 The Oneida Common Council meets for its regular meeting on Tuesday, May 3. At the meeting, councilors voted to schedule a public hearing on the old Madison House building after it was found to be unsafe by the fire marshal
(Sentinel Photo by Charles Pritchard)
Posted Thursday, May 5, 2022 6:30 pm
Charles Pritchard
Staff writer
email / twitter

ONEIDA — The Oneida City Council is primed to declare the old Madison House, 140 Madison St., a public nuisance and has scheduled a public hearing for June 7, prior to the scheduled council meeting at 6:30 p.m.

The city council received and placed on file a report of an unsafe structure from the city fire marshal on the property. Resources to the Community was looking to turn the former restaurant into a work training and housing center for veterans in 2017. The Madison House opened in 1989 and closed its doors in 2014.

City Attorney Nadine Bell said the process of holding a public hearing is part of the city code. “When the fire marshal finds a property they deem to be unsafe in the definition of our code, they prepare a report,” she said. “The council then has the opportunity to hold a public hearing where the property owner can make any arguments as to why the property isn’t unsafe or that the fire marshal has rendered a determination in error.”

Bell said her office has already reached out to a title company for a last owner search. “Any entity interested in the property will receive notice,” she said. “Once the last owner search is returned to me, we’ll serve by certified mail all interested parties.”

After the meeting, Bell said the original owner planned to make the Madison House apartments from the second story up. “They applied for a use variance to change the use of the first floor into an apartment, but that was denied,” she said. Bell said some work had been carried out on the property but was not continued, and it has now fallen into “...a state of disrepair.”