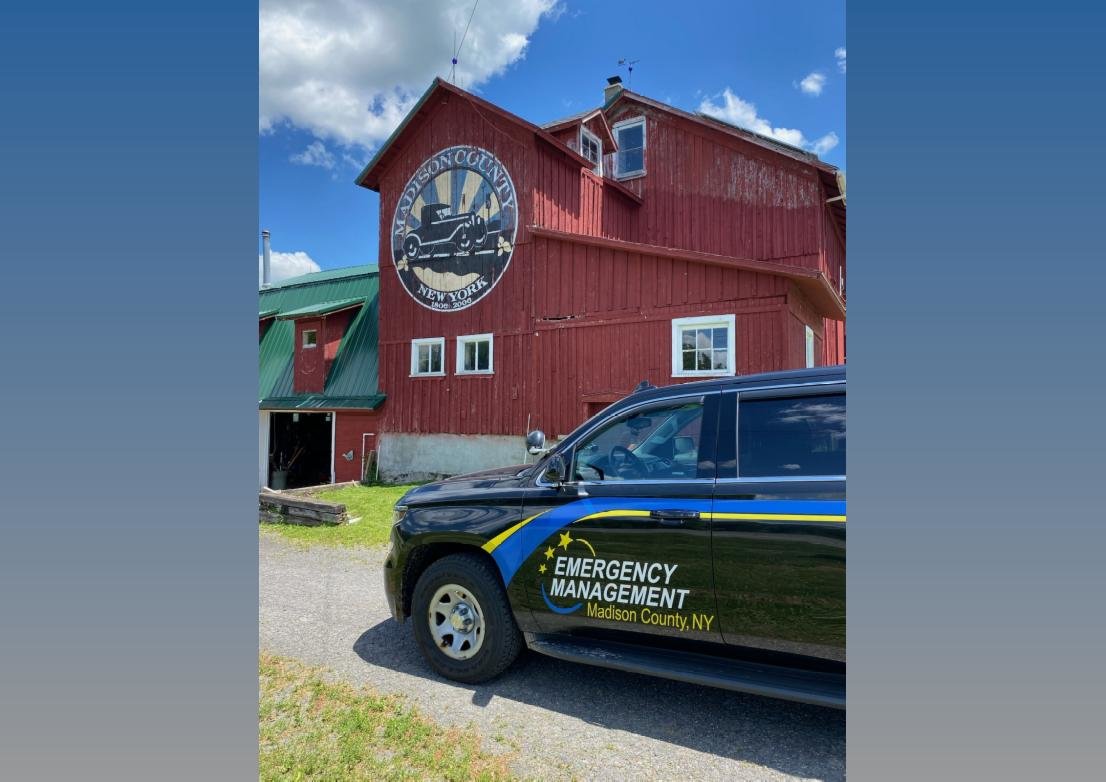 WAMPSVILLE — Madison County is looking to take the next steps needed to start filling the gaps in emergency medical service across the county, which like many areas across the nation have seen a decline as volunteer EMS technicians.

Recently, the county rolled out a pair of non-transporting EMS vehicles, also known as fly cars, to serve county-wide.

Madison County EMS Coordinator Jenna Illingworth said there are currently gaps in coverage across the county, resulting in long wait times for EMS services. “The other agencies in our county are doing the best they can with what they have to work with,” Illingworth said. “But it’s no secret that, across the country, EMS is struggling to get providers.”

The EMS coordinator continued, saying that insurance reimbursements are low and medicare and Medicaid reimbursements aren’t covering the costs of an ambulance. “And on top of this, a lot of our local hospitals have to transfer people for a higher level of care, taking our ambulances out of service for long distances,” she said.

The plan is not to replace current ambulance services in Madison County but to work with them to ensure a first responder is always ready.

In 2015, Fitch and Associates did an EMS study in Madison County and released their findings in 2016. “Some of the information wasn’t 100% accurate due to the data from our CAD system, but there was a lot of information that was correct and where the future of EMS was going if nothing was done,” Illingworth said.

Suggestions from Fitch and Associates were given to the county, along with projections as to what would happen if no action was taken. Illingworth said there were several agencies in Madison County that were upset with the study and its results. To that end, Madison County decided not to act.

“As of now, all of the things that were said in the study that would come true if we did nothing have come true,” Illingworth said. “We’ve lost a volunteer firefighter ambulance, and we’ve lost a lot of volunteers throughout the county. And a lot of agencies are unable to sustain themselves without financial support from their municipalities.”

When Illingworth came on a year and a half ago, the study was examined and one of the suggestions given was to establish fly cars. Illingworth said these vehicles are equipped with first-response equipment to start primary care of a patient when they call 911.

These cars do not transport patients and instead provide care until the ambulance arrives.

“It fills gaps throughout the county,” Illingworth said. “If an ambulance goes out of service on a call or they don’t have coverage, the fly car goes to that general area to stand by and wait for a call to provide faster life support care.”

Since February, around 240 calls have been answered.

Madison County is looking to provide ambulance services on top of its non-transporting EMS vehicles. This was proposed in early October, but it’s been discussed in years prior. A proposal was made with similarities to Livingston County, which also run a county-wide ambulance service.

“We’re looking to build a county-wide system, which includes our current agencies,” Illingworth said. “These agencies would cover the same exact area they cover now.”

Public Information Officer Samantha Field said at this time, there’s nothing set in stone on how funding will be accomplished.

“Supervisors were looking at this to find out how to provide care to residents, not to make money,” Field added. “It’s to make sure that when [a Madison County resident] calls 911, there won’t be someone there in 45 minutes. They’ll be right there.”

Illingworth said there are also considerations being made to establish a county-wide EMS training program.

“With this, we’d provide training to create new providers or to continue education of current providers, with the possibility of helping agencies with anything they need,” Illingworth said. “We’re talking about everything right now.”