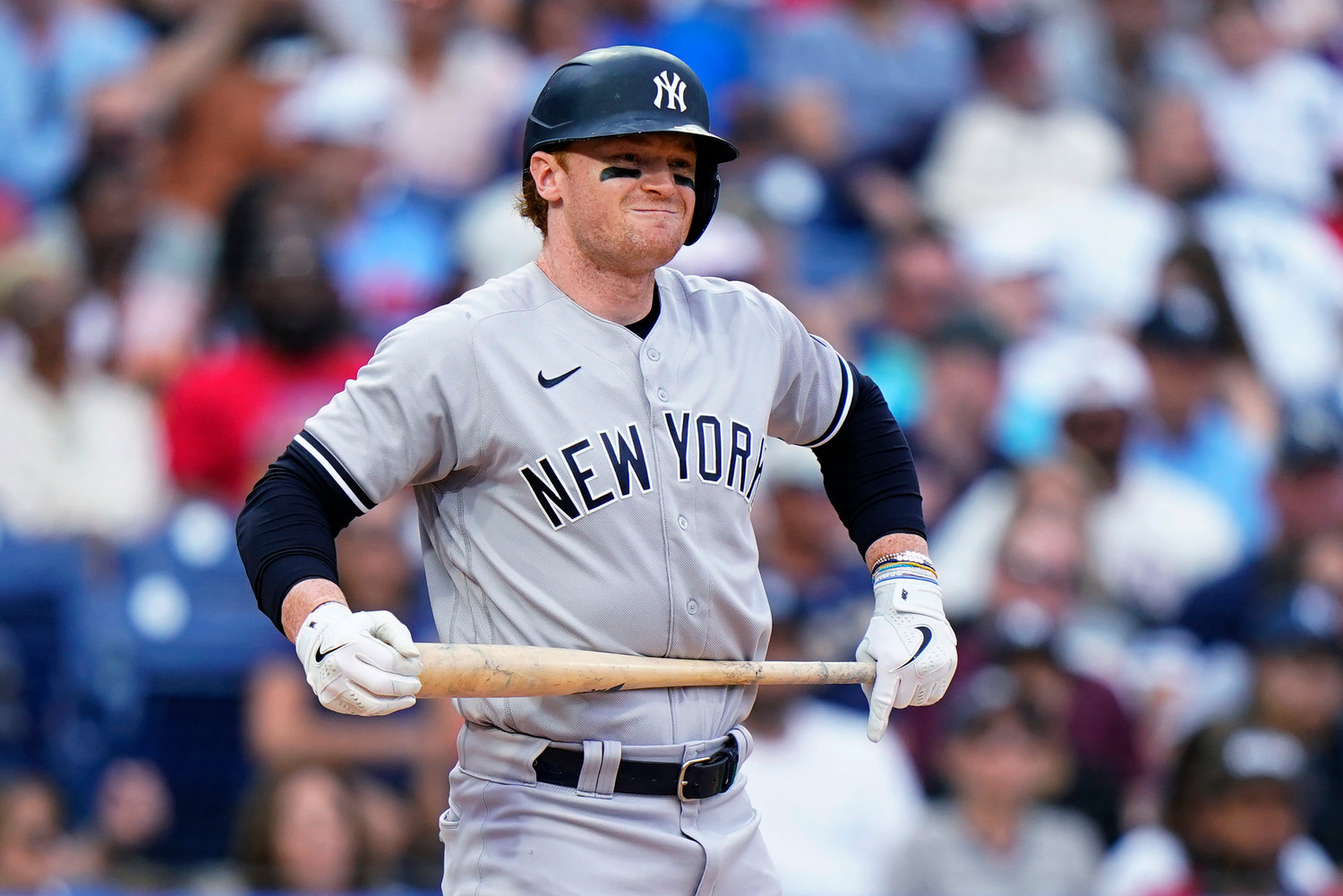 RELEASED — New York Yankees’ Clint Frazier reacts after striking out against Philadelphia Phillies pitcher Aaron Nola during the eighth inning of a baseball game June 13, in Philadelphia. Frazier’s tenure with the Yankees may have ended after five unfulfilling seasons when New York designated him for assignment Friday, Nov. 19, to open a roster spot for a prospect ahead of the winter meeting draft.
(AP File Photo)
Posted Wednesday, November 24, 2021 2:00 pm

NEW YORK (AP) — Outfielder Clint Frazier and infielder Rougned Odor were released by the New York Yankees on Tuesday after they were designated for assignment four days ago and went unclaimed on waivers.

The 27-year-old Frazier was the fifth pick overall in the 2013 amateur draft by Cleveland and was a prized prospect when he was acquired by the Yankees in a July 2016 trade that sent reliever Andrew Miller to the Indians.

Frazier made his major league debut in July 2017, but the outfielder never has had more than 246 plate appearances in a season. His 2018 season was wrecked when he collided with an outfield wall at Bradenton, Florida, during a spring training game, sustaining a concussion that limited him to 41 plate appearances that season.

He hit .267 with 12 homers and 38 RBIs in 2019 but struggled with defense, reaching a low point against Boston that June when he misplayed balls off the bat of Eduardo Núñez, Andrew Benintendi and Michael Chavis.

His defense was much improved by this season, but he hit .186 with five homers and 15 RBIs. He didn’t play after June 30 because of what the Yankees described as vertigo-like symptoms.

“I’d love to have the opportunity to talk about this situation publicly and probably plan to do so soon,” Frazier wrote on Twitter on Oct. 11. “My issues have been very personal to me and something I’ve wanted to handle privately, but there’s been a lot of inaccurate things reported about my injury that I’ll clear up.”

Frazier had a $2.1 million salary last season and had been eligible for arbitration.

Odor had a $12 million salary for 2022. As part of his April trade from Texas, the Yankees are responsible only for next year’s league minimum salary and the Rangers are responsible for the rest plus a $3 million buyout of his 2023 option.