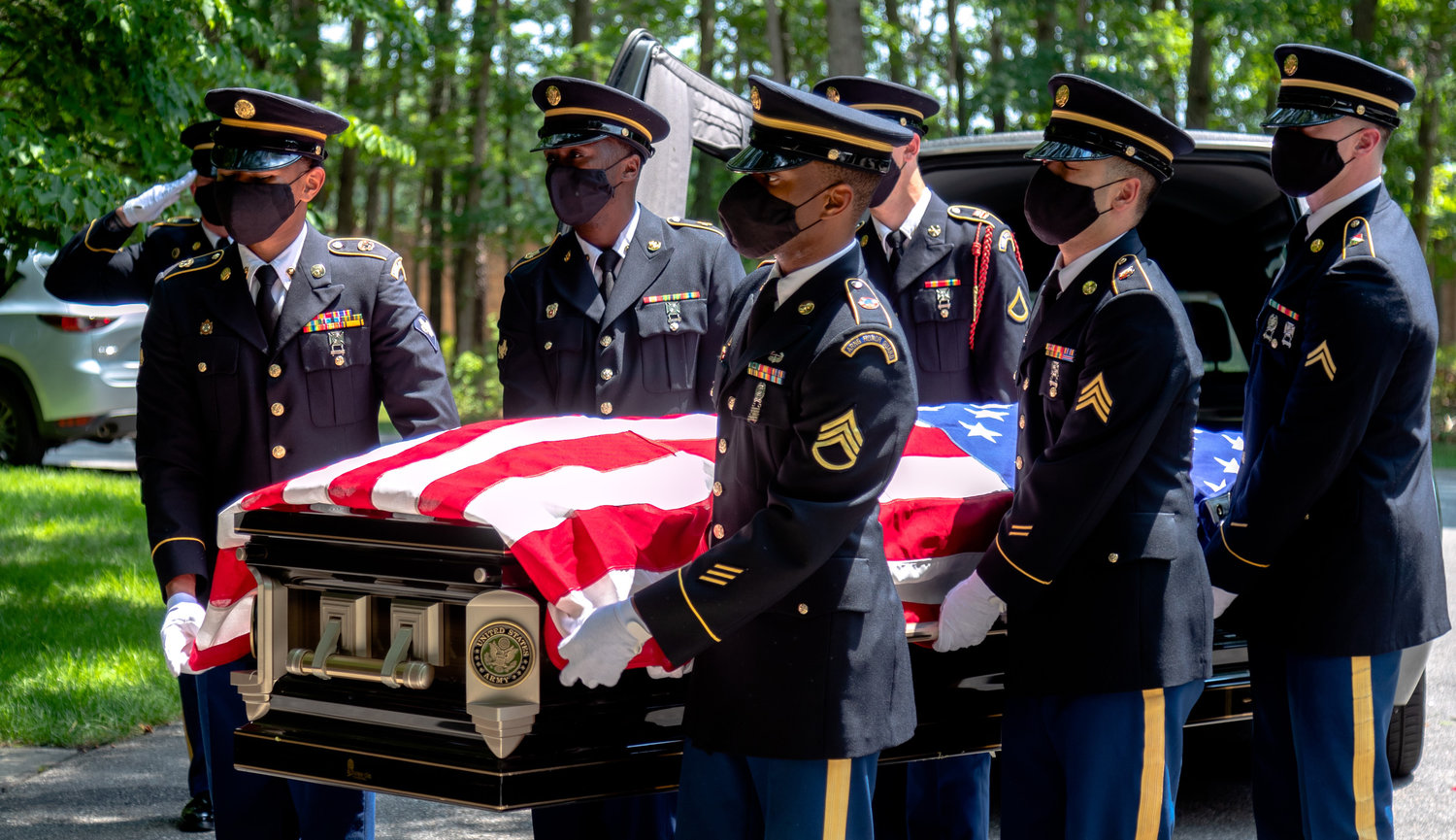 There are 211 New York National Guard military personnel-99 soldiers and 112 airmen who provide military funeral honors on either a full-time or part-time basis.

In 2020, New York National Guard funeral honors teams conducted 8,807 military funerals. This was lower than the 10,859 conducted in 2019 because of COVID-19 pandemic restrictions, according to honor guard officials.

A 2000 federal law mandates that former members of the U.S. military who served on active duty or in the reserves and who did not receive a dishonorable discharge are eligible for military funeral.

At a minimum, these honors are provided by a two-person team which plays taps with a bugle and folds and presents an American flag to the family.

Retired military personnel and those who passed away while on active duty are entitled to honors which involve upwards of nine personnel and can include a rifle firing party and pall bearers.

Military funeral honors are requested through the funeral home which is handling arrangements for a family.

Demand for Army funeral services increased in 2021, Rosario said. In 353 instances, the New York Army National Guard teams had to inform the Army Casualty Assistance Centers, which coordinate military funerals, that the active Army or Army Reserve would have to provide the services, she added.

The New York Air National Guard’s honor guard teams conducted an additional 2,118 services in 2021, a 25 percent increase over the COVID restrictions of 2020.

There are 25 Airmen who work as funeral honors coordinators or team members on a full-time basis. Another 87 Airmen are available as part-time funeral honors members.

Soldiers and Airmen are carefully trained before they can be part of a military funeral service.

Several families decided not to hold a formal burial or funeral in early 2020, and this resulted in fewer than normal funeral missions that year, according to Master Sgt. Terra Martin, the non-commissioned officer in charge of the 109th Airlift Wing’s honor guard at Stratton Air National Guard Base in Scotia.

Air National Guard Tech. Sgt. Alan Sanchez, who is responsible for the 106th Rescue Wing honor guard at F.S. Gabreski Air National Guard Base in Westhampton Beach, said his team performed services in 2021 that had been deferred during the onset of the pandemic.

The 106th Rescue Wing honor guard, which conducts funerals at the massive Calverton National Cemetery, provided military funeral honors 650 times in 2021. This was the most of all the New York Air National Guard honor guard teams.

For example, instead of handing the folded American flag to a veteran’s family member, the team will fold the flag and leave it on the casket to avoid the close contact, she said. And while most military honors take place at cemeteries, they can be conducted in other locations.

New York Air National Guard Funeral Honors by base in 2021: