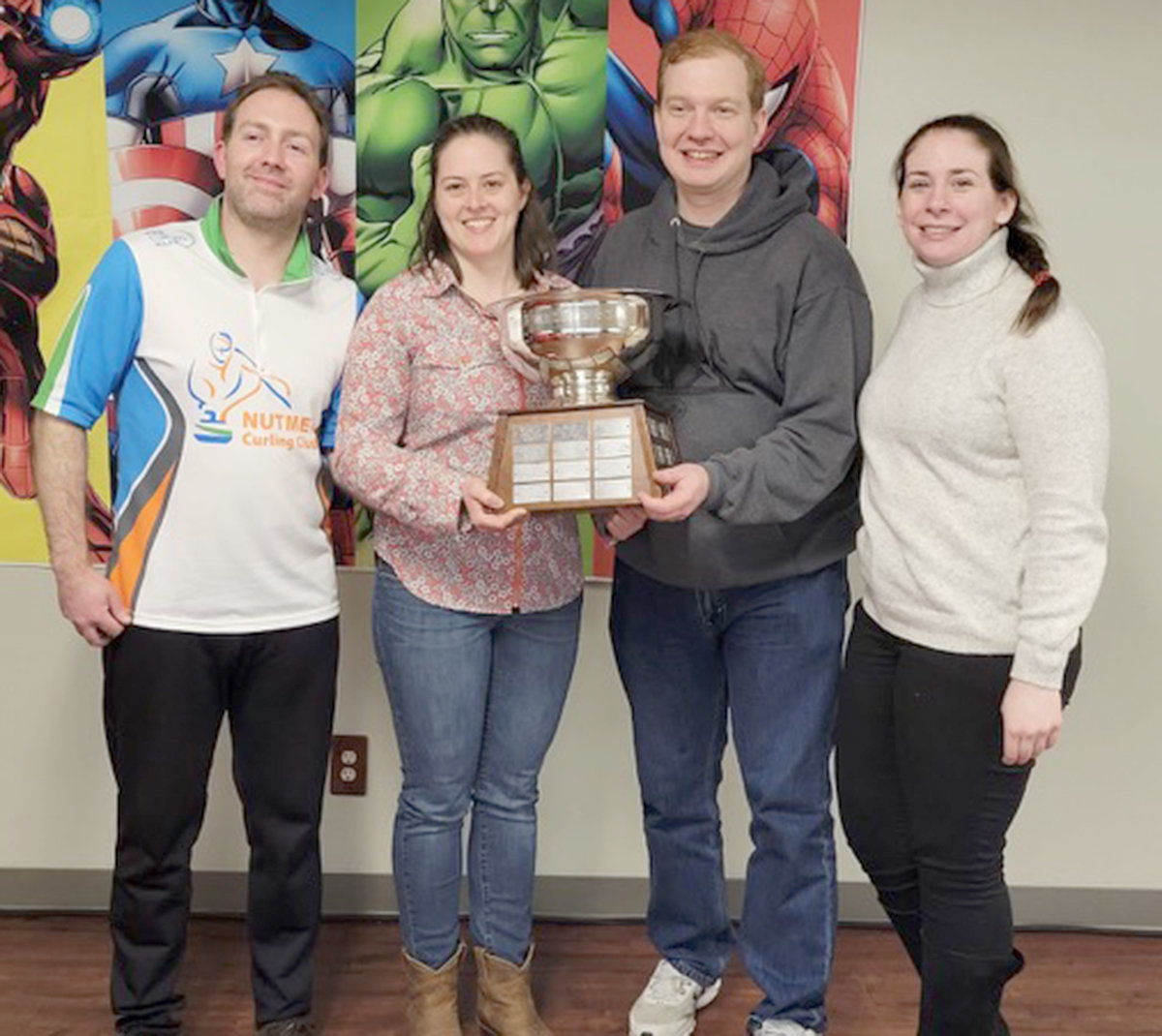 PRESIDENT’S CUP WINNER — A team from the Nutmeg Curling Club of Connecticut defeated Utica 1 by a score of 7-4 on Sunday, Feb. 20 at the Utica Curling Club’s Cobb Mixed International Bonspiel to win the President’s Bowl in the A Event. From left: Jonathan Carelli, Rebecca Andrew, Ed Scimia, and Allison Kenney.
(Photo submitted)
Posted Tuesday, February 22, 2022 9:35 pm

UTICA — A team from the Nutmeg Curling Club of Connecticut defeated Utica 1 by a score of 7-4 on Sunday at the Utica Curling Club’s Cobb Mixed International Bonspiel.

The match was closely contested but turned in the sixth end when Utica 1 was forced to take only one point and Nutmeg countered with two in the seventh to take a three-point lead into the eight. Nutmeg eventually ran Utica 1 out of rocks and the team was presented with the President’s Bowl for winning the A Event of the 64th annual Cobb Bonspiel Mixed International Bonspiel which included 24 teams from six states and Canada.

Utica’s first Mixed Bonspiel was first held in 1953 which was the first year that Art Cobb Sr. and his wife Marie Cobb curled. Art Cobb Sr. has been inducted into the United States Curling Hall of Fame.

In 1997 the Mixed Bonspiel was renamed the Marie Cobb but 10 years later it was renamed again to the Cobb in order to honor the entire family.

For more information regarding curling and upcoming clinics for adults as well as youths visit www.uticacurlingclub.org and check out Youth Curling, Curling Nights in Utica and the Curling School.