The Utica Notre Dame softball team got a 5-1 road win over Adirondack to advance to the second round of the Section III Class C playoffs. The Jugglers scored two in the fifth to break a scoreless … 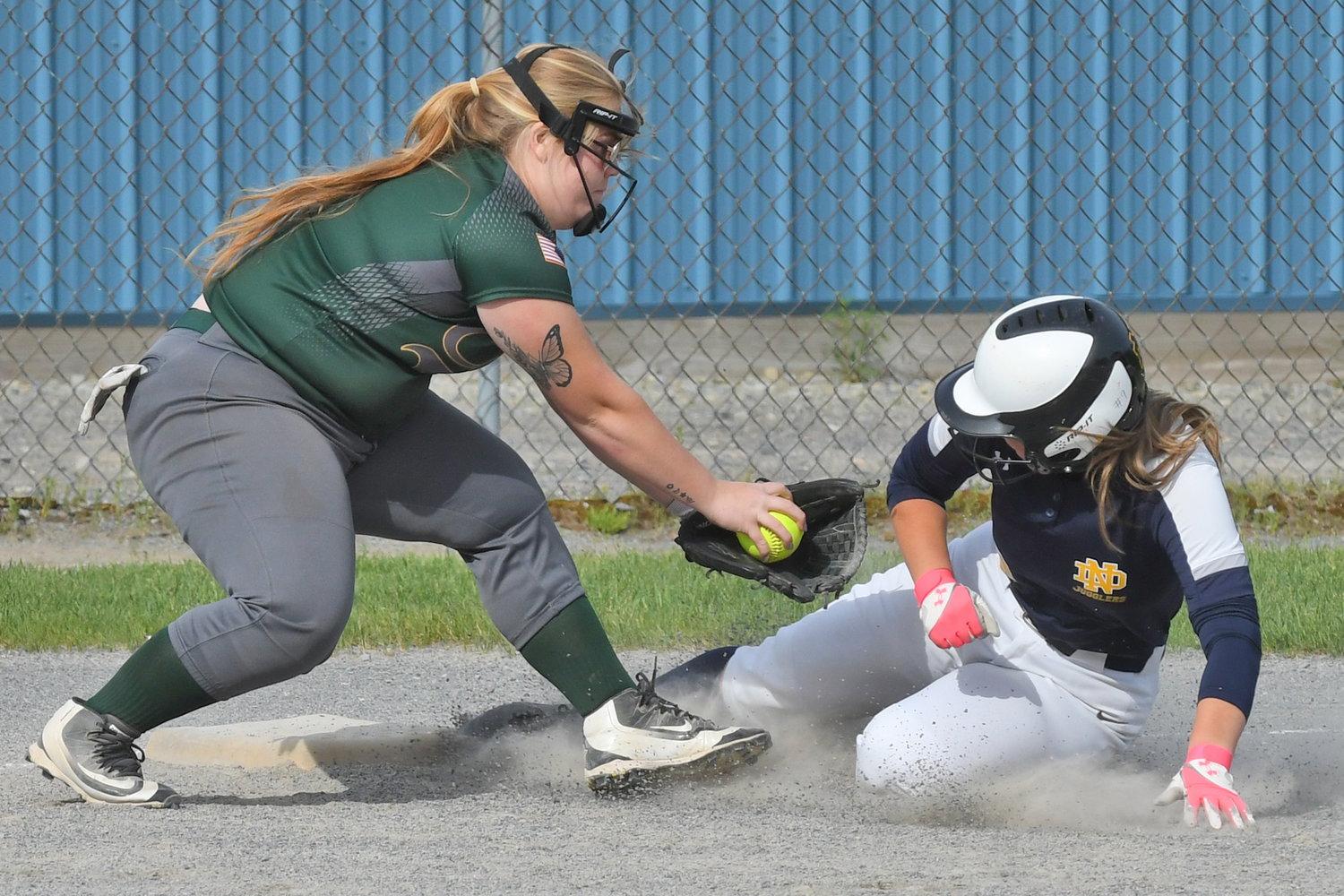 Adirondack’s Ashley Lawrence puts the tag on Utica Notre Dame baserunner Sam Paparella in the teams’ Section III Class C first round playoff game. The visiting Jugglers of Notre Dame won 5-1 to advance to Tuesday’s second round game against top seed Port Pyron. Results were not available for that game at press time. In Monday’s win, Paparella had two hits, an RBI and a run scored.
(Sentinel photo by John Clifford)
Posted Tuesday, May 24, 2022 8:19 pm

The Utica Notre Dame softball team got a 5-1 road win over Adirondack to advance to the second round of the Section III Class C playoffs.

The Jugglers scored two in the fifth to break a scoreless tie. Maggie Trinkaus smacked an RBI double and Sam Paparella followed with an RBI single. In the next inning, Notre Dame’s Bella Roberts led off with a single and Ella Trinkaus followed with a single as well. Ava Hayes hit a two-run double to make it 4-0. The Jugglers added an insurance run in the seventh when Paparella scored on a sacrifice fly.

The Wildcats got a run back in the seventh but it was not enough. Aurianna Lastowski singled in Kaitlyn Spann, who had singled.

Ella Trinkaus earned the win, going all seven innings and allowing one earned run on three hits and a walk. She struck out 16.

Pitching statistics for Adirondack were not available.

Notre Dame scored three times in the seventh inning Tuesday while allowing one to Port Byron to earn an 8-7 upset win.

No other stats were available.

Notre Dame is set to play Thursday at Weedsport, which had an 9-8 upset over Westmoreland on Tuesday.

HP’s Jacob Olearczyk medaled by shooting a 35, one stroke under par.

Culley Bellino shot a 56 to medal for Canastota.

HP finishes the season at 6-4.