Utica City School District Superintendent Bruce Karam was placed on administrative leave Tuesday in a 4-2 vote by the district's Board of Education pending the completion of an investigation. 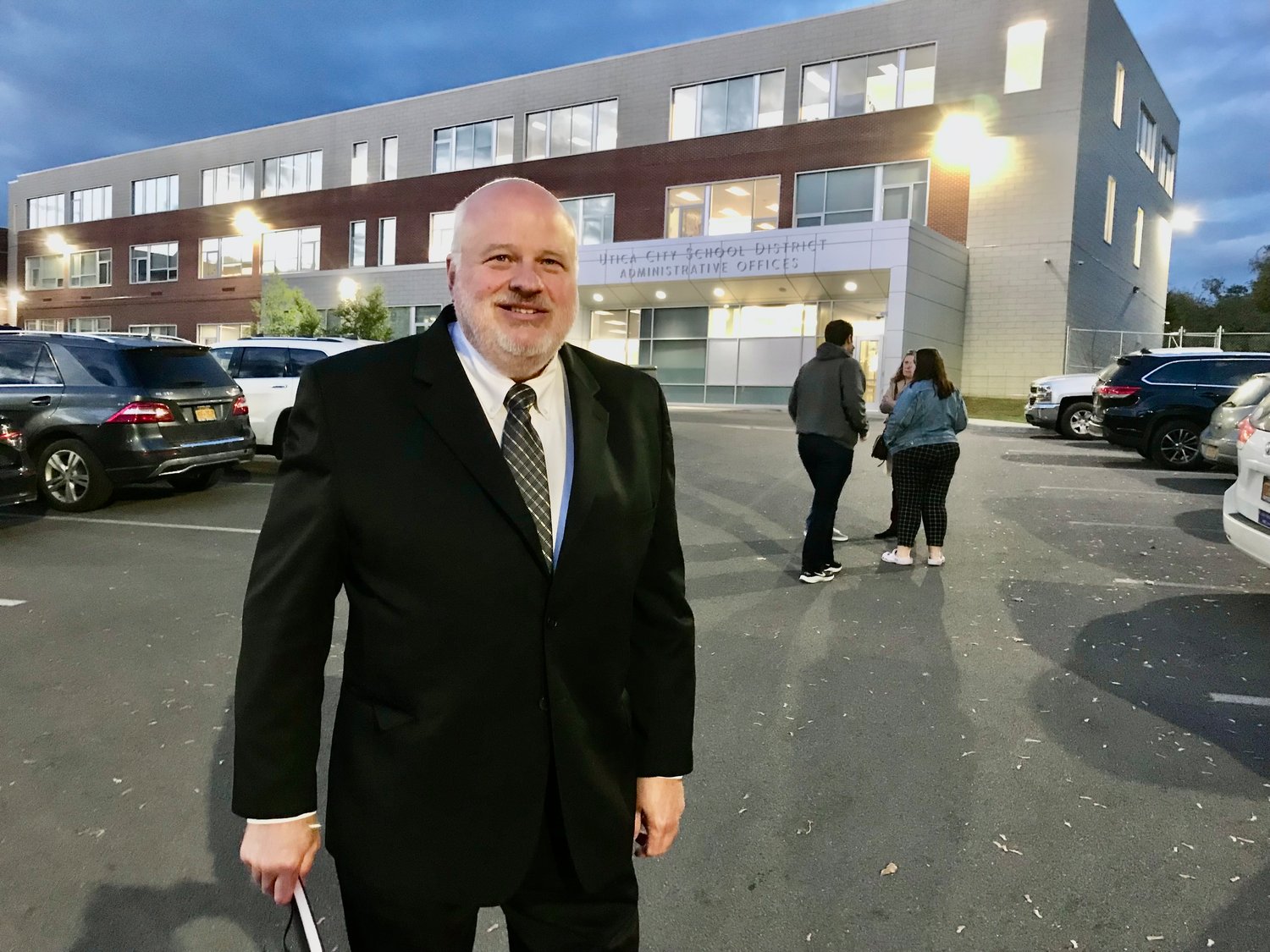 Brian Nolan was named acting superintendent of the Utica City School District Tuesday by the Board of Education.
(Sentinel photo by Mike Jaquays) 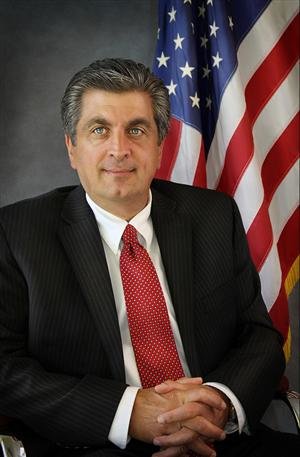 UTICA — Utica City School District Superintendent Bruce Karam was placed on administrative leave Tuesday in a 4-2 vote by the district's Board of Education pending the completion of an independent investigation. Brian Nolan of Syracuse has been named acting superintendent for a timeframe to be determined.

The board called a special meeting for 5 p.m. Tuesday afternoon with the sole item on the agenda an executive session to discuss "contracts, personnel, litigation." A dissention in the board was evident from the very beginning of the meeting, as a resolution to appoint a special counsel was met with board member Don Dawes asking why they needed one.

Board President Joseph Hobika Jr. responded that he likely shouldn't answer in public session so the board went into executive session to answer Dawes' inquiry.

After the public meeting reconvened, the board voted 4-3 to appoint that special counsel, with Hobika, Tennille Knoop, James Paul and Danielle Padula voting in favor and Dawes, Dave Testa and Robert Cardillo voting against it. Dawes called for a roll call vote because of the near-even opinion.

Hobika then called for a vote to go back into executive session to discuss the original agenda matter, and the same 4-3 vote barely passed that motion. But 45 minutes later when they reconvened, the vote to place "the person they discussed" - without ever mentioning that person by name - on administrative leave passed by a vote of 4-2 as Dawes had excused himself and left the meeting. Hobika said Dawes was feeling ill.

The same 4-2 vote, with only Testa and Cardillo voting against, also appointed Nolan as acting superintendent. The meeting was then adjourned.

Karam has served the district for 33 years and has been district superintendent since 2011. He did not make a comment after the meeting but offered a typed statement for media members who were there.

"Tonight, the Board of Education of the Utica City School District took the unprecedented and unlawful action of placing me on administrative leave without following the appropriate legal process," Karam claimed in his statement. "This action violates my contract with the district and violates relevant provisions of law."

Karen Pulice is a former food services supervisor in the district. After 24 years in the district, her position there was terminated three years ago, she said. After the meeting, Pulice said she was "ecstatic" by the board's vote that evening and she looked forward to a "fresh start" come Wednesday morning.

"He (Karam) created a very toxic work environment," she said. "We can now come in here and do our jobs and do what is best for the kids. It's all about the children."

Nolan said he retired in 2016 after 31 years with the Syracuse City School District district. He was formerly the executive director of high schools, Career and Technical Education (CTE) programs and adult education. Nolan served as a secondary principal and special education teacher.

After he retired, Nolan was principal of Bishop Grimes Jr./Sr. High School and is now a per-diem, independent monitor at a “turnaround” school - one that is undergoing an institutional makeover - in Syracuse for the Office of Innovation and School Reform.

"I am really an urban education person," Nolan self-assessed. "I want to be sure that people who are living in an urban setting have access to quality education."

Nolan said he was contacted to come to Utica less than a week ago. He said now he is looking forward to touring the district and getting to know the people in the schools there.

Karam said he intends to fight the board's decision.

"The Board of Education took this unfortunate action ovet the vigorous objection and dissent of three other board members and competent advice," he said in his statement. "The board also took this action after being placed on notice that it would be held liable for its conduct in violation of contract and the law."

Karam wrote that these actions will "significantly disrupt the school district operations in ways both obvious and that are yet to be determined, and the board has ceased to properly function for the district's benefit."

"It is therefore my intention to immediately commence legal action against the Utica City School District and to seek intervention in resolving and ending this unfair and unlawful attempt to destroy my reputation and interfere with the district's sound governance," Karam wrote. "The action taken by the four members of the Board of Education tonight was unlawful, in violation of contract and inconsistent with the board's ability to function and the district's best interest. The president and three members of the board knew as much, but proceeded anyway. I intend to hold those members involved personally accountable."