Nine golfers have punched their tickets to the state tournament for their performances at the Section III girls golf tournament at Kanon Valley Tuesday. The Tri-Valley League had four golfers … 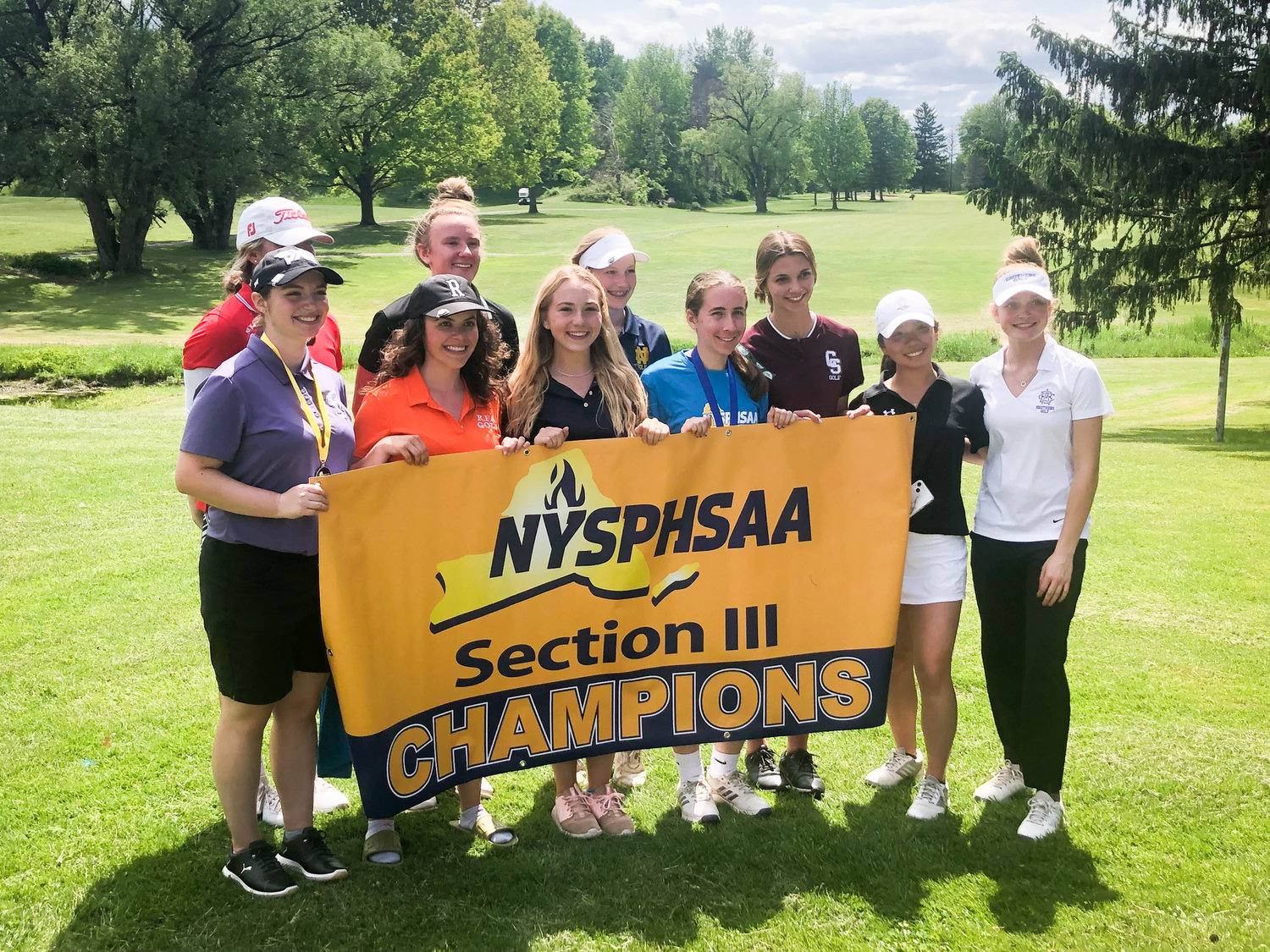 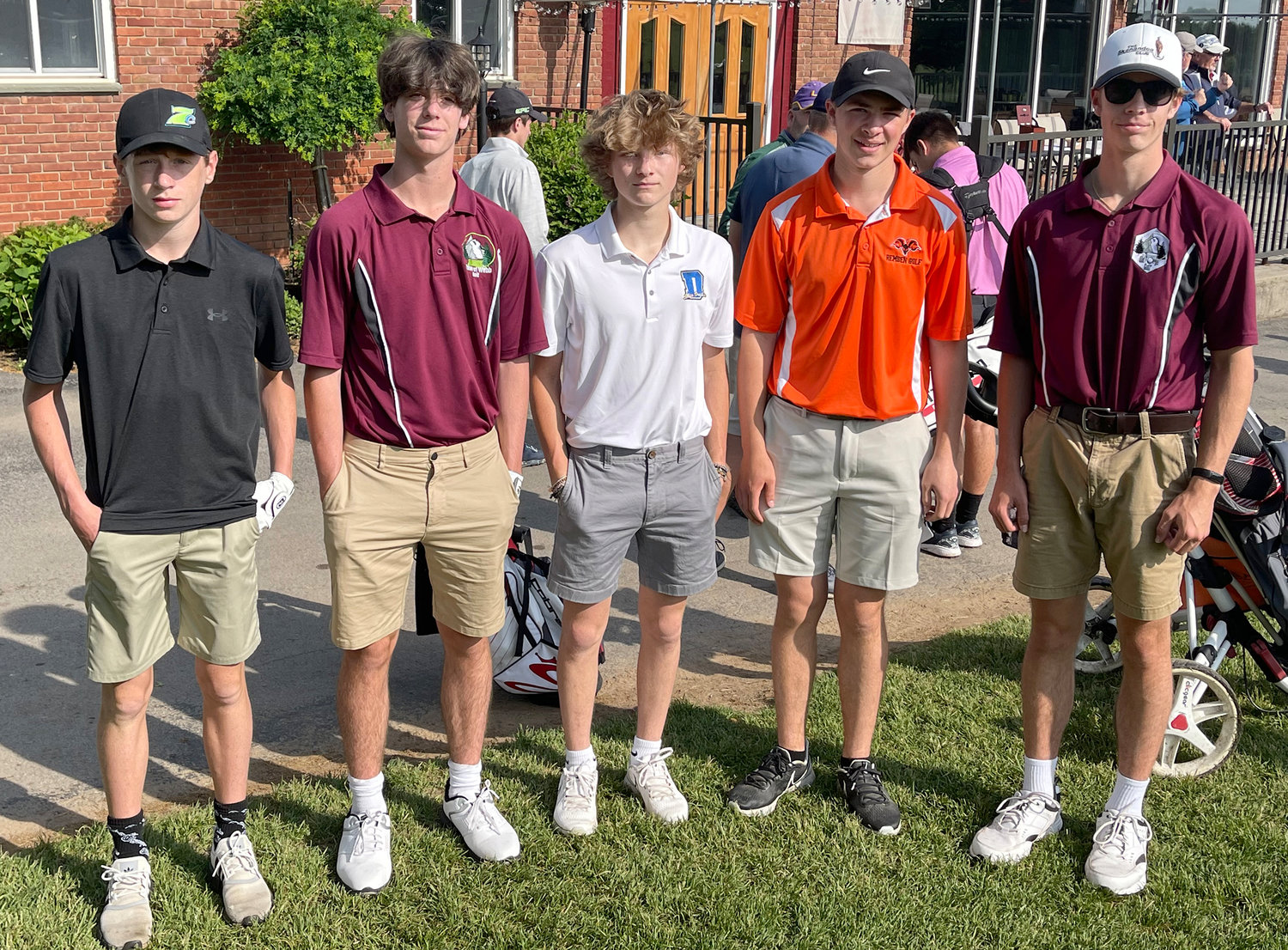 Nine golfers have punched their tickets to the state tournament for their performances at the Section III girls golf tournament at Kanon Valley Tuesday.

The Tri-Valley League had four golfers qualify. Rome Free Academy's Evie Denton fired an 88 to finish second behind Watertown's Jillian Draper, who was two shots better. Also from the TVL are Utica-Notre Dame's Sara Papale and Kamryn Yerman, who tied for third after both shot 89. New Hartford's Julia Sassower shot a 96 to finish tied for eighth.

Cicero North Syracuse's Jessica Ricciardi also shot an 89. Catherine Dadey of Westhill and Emily Barnes of Central Square tied for sixth at 94. Hana Kang of Christian Brothers Academy had a 96 to tie for eighth.

In Division II, New Hartford shot a 415, good for second place. The Spartans were 10 strokes behind CBA. VVS was fourth at 443 and Camden was fifth at 474.

The state tournament is set for Sunday, June 5, at McGregor Links Country Club in Wilton.

The boys golfers with the best scores at the Section III state qualifier Wednesday at Skenandoa made the cut to play the course again Friday. The nine best after 36 holes head to states.

The top score on day one was a 74 by Westhill's Anthony Maglisco. New Hartford's Cam Jenkins was a stroke behind at 75. After that is a 76 by Mitch Riter of Homer.

Vernon-Veron-Sherrill's Caleb Decker was one of three to shot an 80, along with J-D's Punn Chittaratlert and Aidan Farmer of Baldwinsville.

The 17th-seeded Utica Notre Dame Jugglers knocked off the top-seeded Port Byron softball team in the second round of the Section III Class C playoffs Tuesday. The Jugglers scored three runs in the top of the seventh while trailing by one, then held the hosts to a run to win 8-7.

Vita Waters had a single and double with four runs batter in for Notre Dame. Ava Hayes had three hits, two runs and an RBI. Erin Trinkaus had two hits and scored twice.

In the circle, Ella Trinkaus got the win, going the distance and allowing seven earned runs on 12 hits and two walks. She struck out 10.

Statistics for Port Byron were not submitted.

Notre Dame will travel to play at nine seed Weedsport at 5 p.m. Thursday.

The New Hartford softball team scored two runs in the seventh to win 3-2 against Tri-Valley League host Rome Free Academy Tuesday in a make-up game. The game was one last regular season matchup before both teams play their first Section III playoff game later this week.

The Spartans took a 1-0 lead in the fifth. RFA scored twice in the bottom of the sixth to lead 2-1 but New Hartford scored two of its own in the next half inning. Rome couldn't get the game tied in its last at-bats.

Laina Beer took the loss in a complete game effort. She allowed three earned runs on eight hits and two walks. She struck out four.

Maggie Closinski tripled and drove in a run for RFA. Julianna Huckabone had a hit, run and RBI.

New Hartford is the four seed in the Class A tournament. The Spartans host five seed East Syracuse Minoa at 5 p.m. Thursday.

RFA is the four seed in the Class AA tournament. The Black Knights take on the top seed Liverpool at 4 p.m. Saturday at Onondaga Community College.

RFA trailed 6-5 at the half and were outscored 5-4 in the second half.

Danielle D'Aiuto scored and had two assists for RFA. Also adding a goal each were Drew Kopek and Alyssa Nardslico. Isibeal McMahon had an assist.

In net for RFA, Alana Iacovissi made six saves.

Rome finished the season 12-4 and was 8-0 in the Tri-Valley League.