Officials say the Nexus Center will be a linchpin of the city’s new downtown — and, for the right price, a business could have its name up in lights, for all to see. 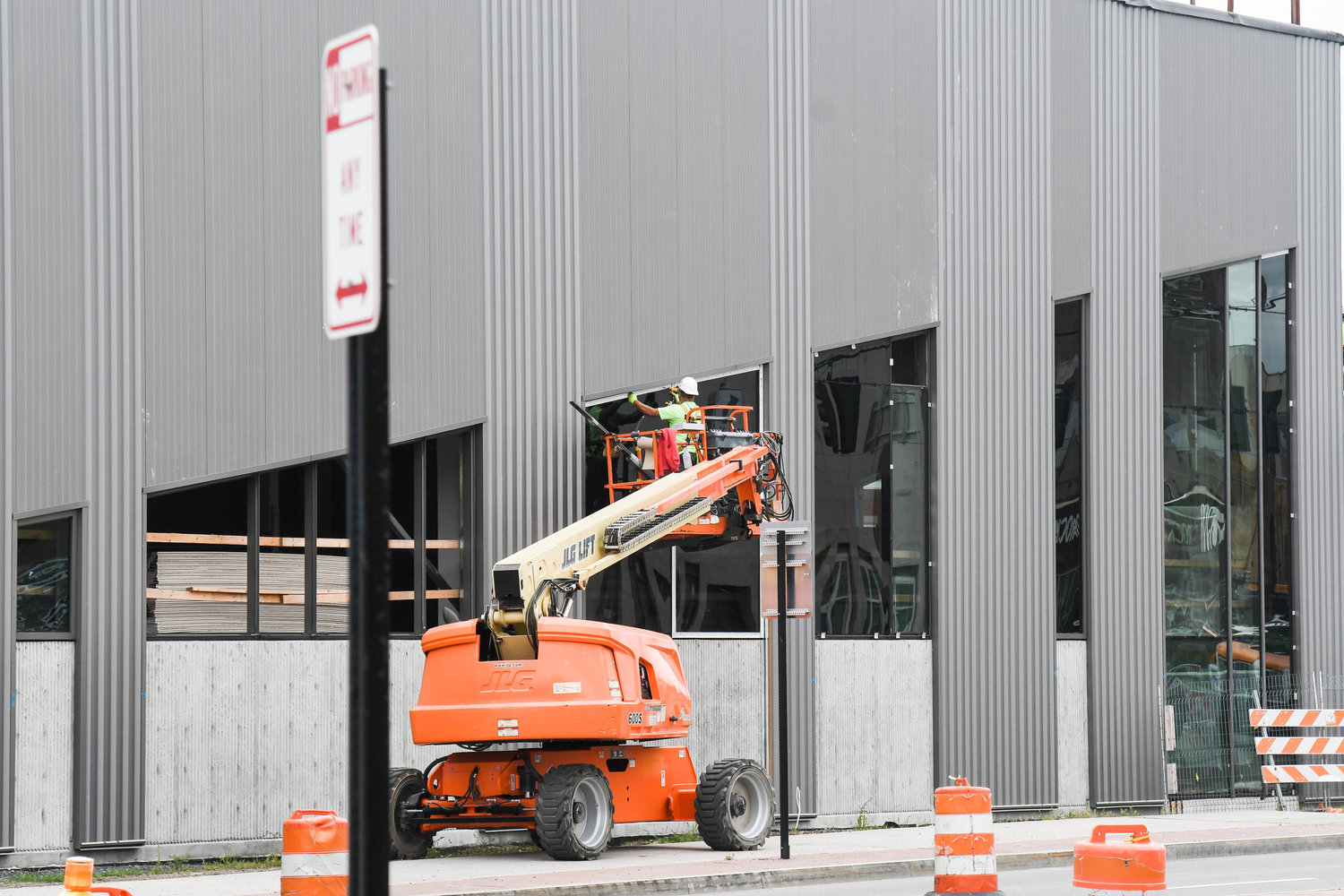 Glass is installed by a construction worker at the Nexus Center site in downtown Utica. The Upper Mohawk Valley Memorial Auditorium Authority is seeking a naming rights sponsor for the facility.
(Sentinel photo by Alex Cooper)
Posted Thursday, September 8, 2022 7:30 am

UTICA — Officials say the Nexus Center will be a linchpin of the city’s new downtown — and, for the right price, a business could have its name up in lights, for all to see.

According to a legal notice by the authority, “The NEXUS Center will be an approximately 170,000-square foot tournament-based recreation play facility, utilized for ice hockey, box lacrosse, soccer and any other field sport that can be played on an indoor playing surface. The NEXUS Center will include three playing surfaces, locker rooms, commercial office space, potential for classroom space, retail space, food and beverage services, possible E-sports venues and other multi-purpose training space. In addition, the NEXUS Center will house the Utica University sports management program and will potentially host music, community, convention and similar events.”

“The NEXUS Center is located, and takes up the entire city block, between the Adirondack Bank Center at the Utica
Memorial Auditorium, Oriskany Street West, Broadway and Whitesboro Street. The NEXUS Center will be connected directly to the existing Auditorium by a covered walkway,” the notice added.