ALBANY (AP) — New York’s legislature is poised to ban people under age 21 from buying or possessing a semi-automatic rifle, a major change to state firearm laws pushed through less than three … 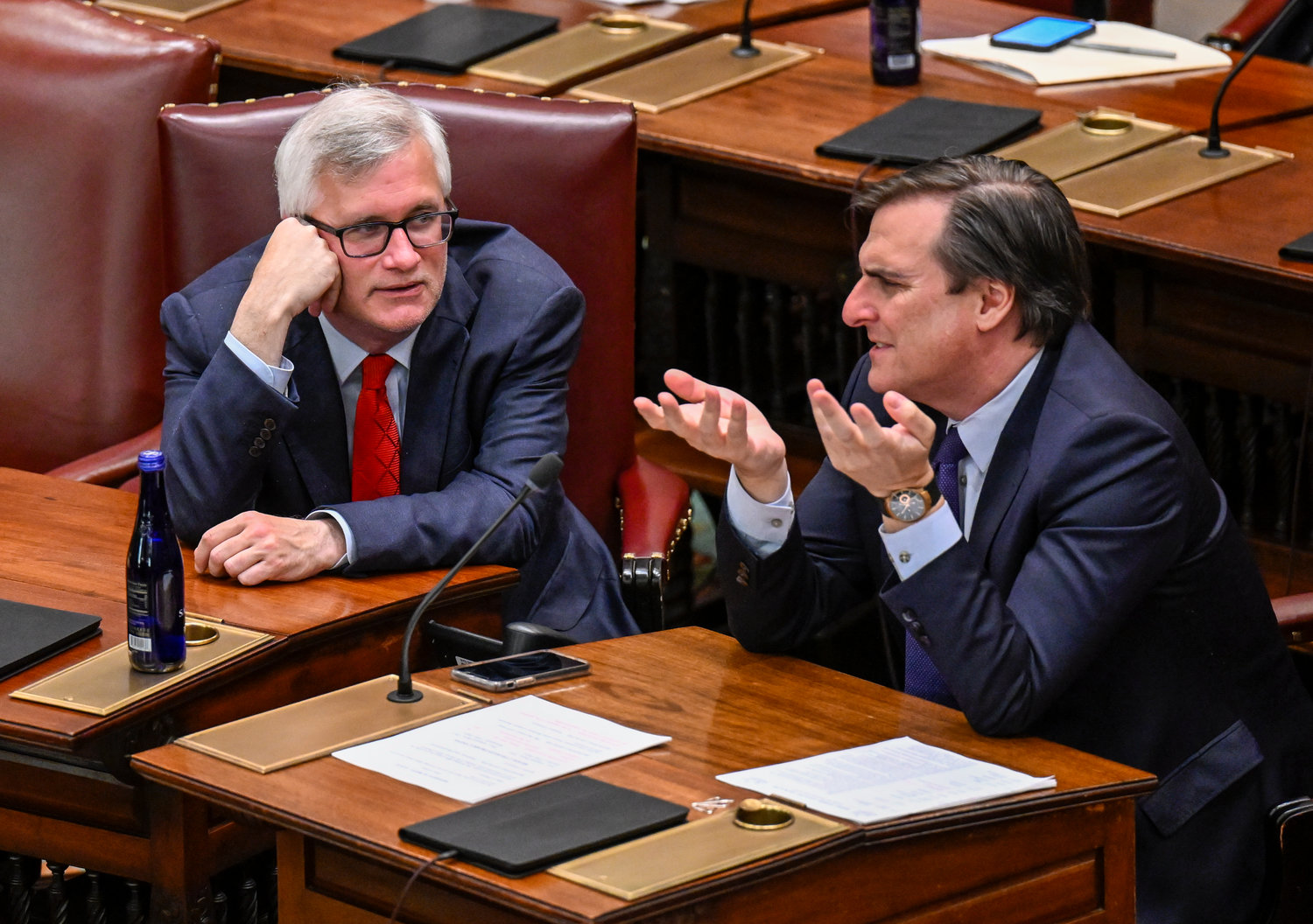 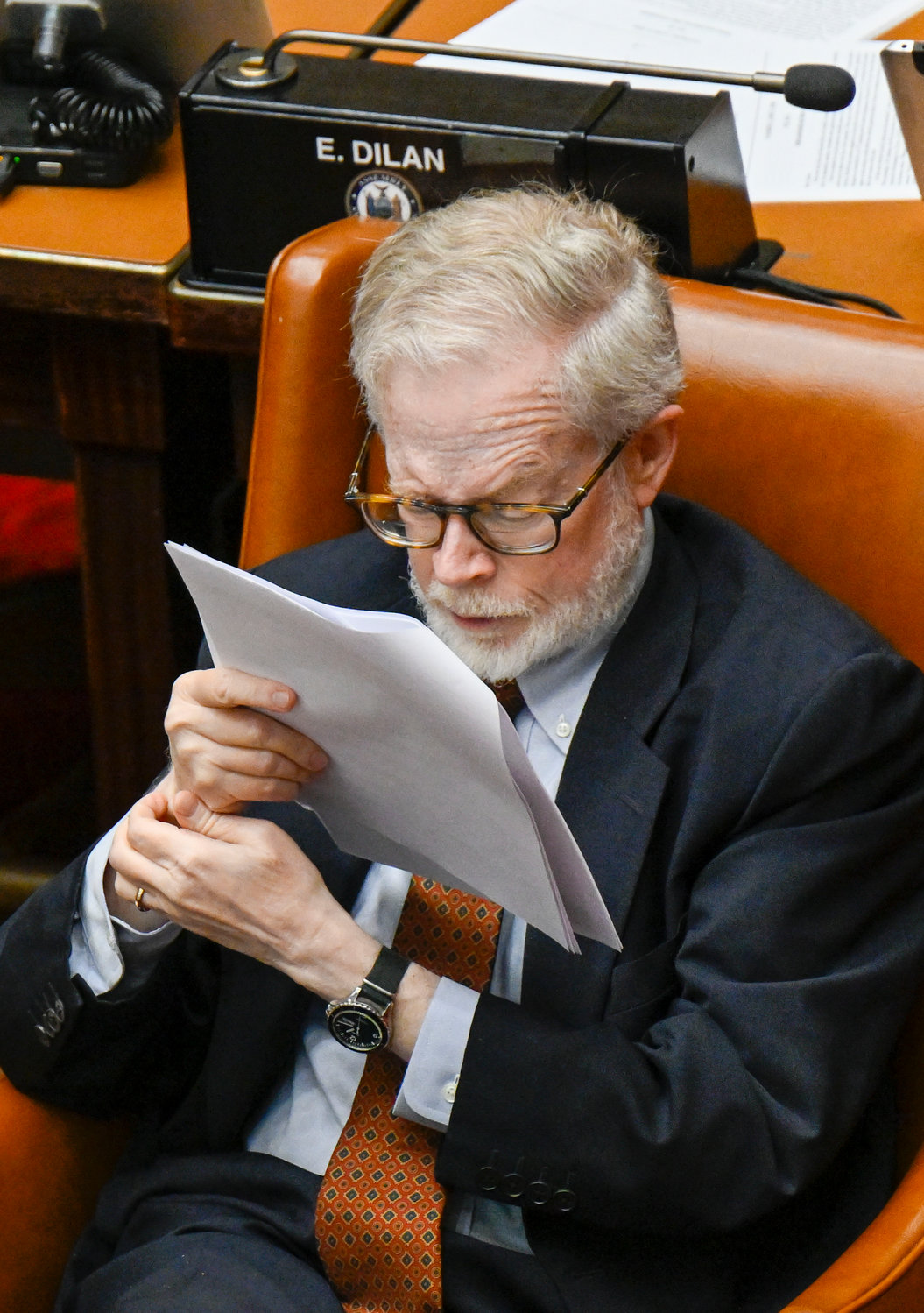 Assemblyman Richard Gottfried, D-Manhattan, who is retiring after 52 years in the Assembly, works on legislative bills ending his run as the longest-serving lawmaker in state history at the state Capitol on the last scheduled day of the 2022 legislative session, Thursday, June 2, 2022, in Albany, N.Y. (AP Photo/Hans Pennink)
AP 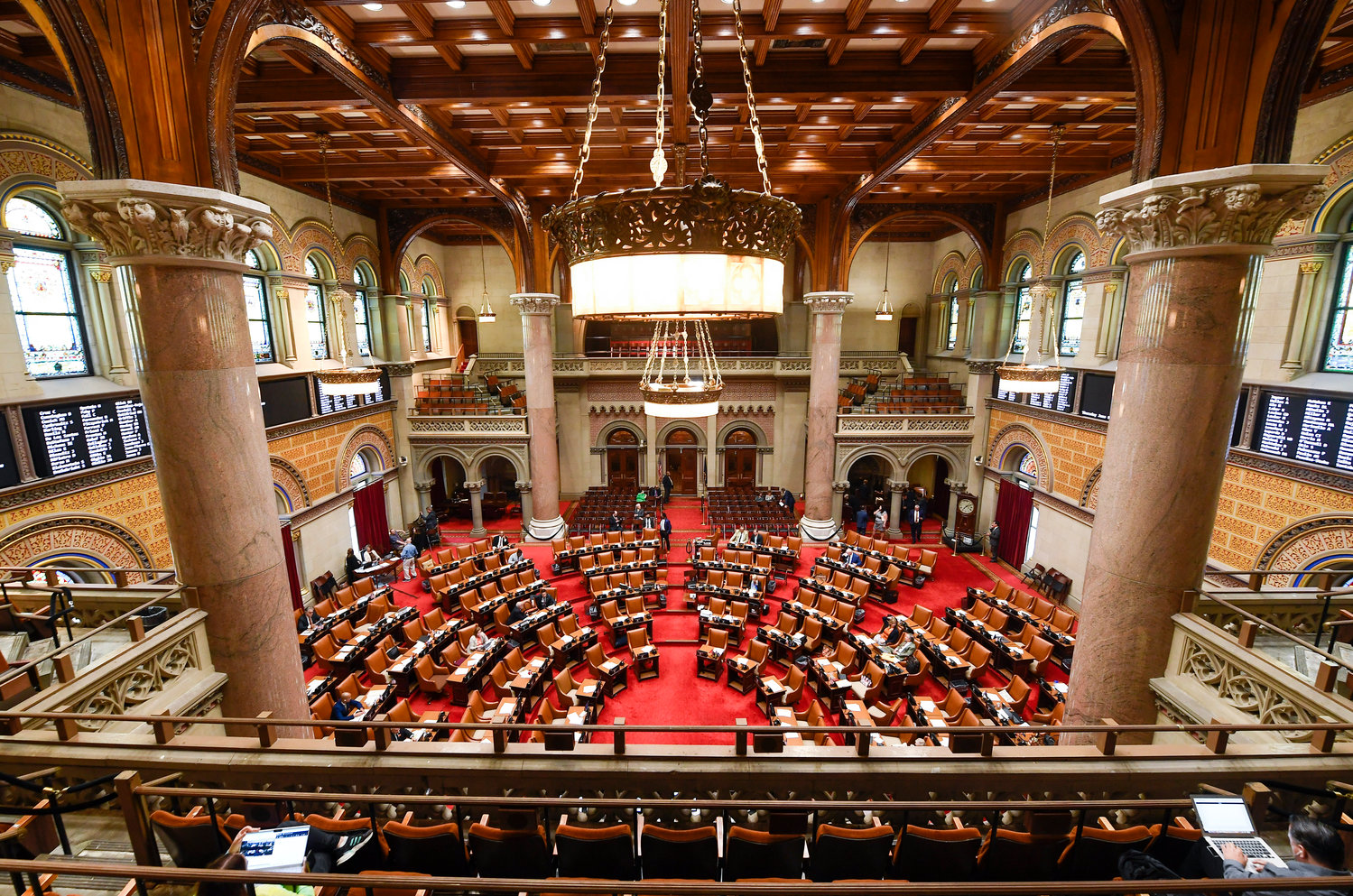 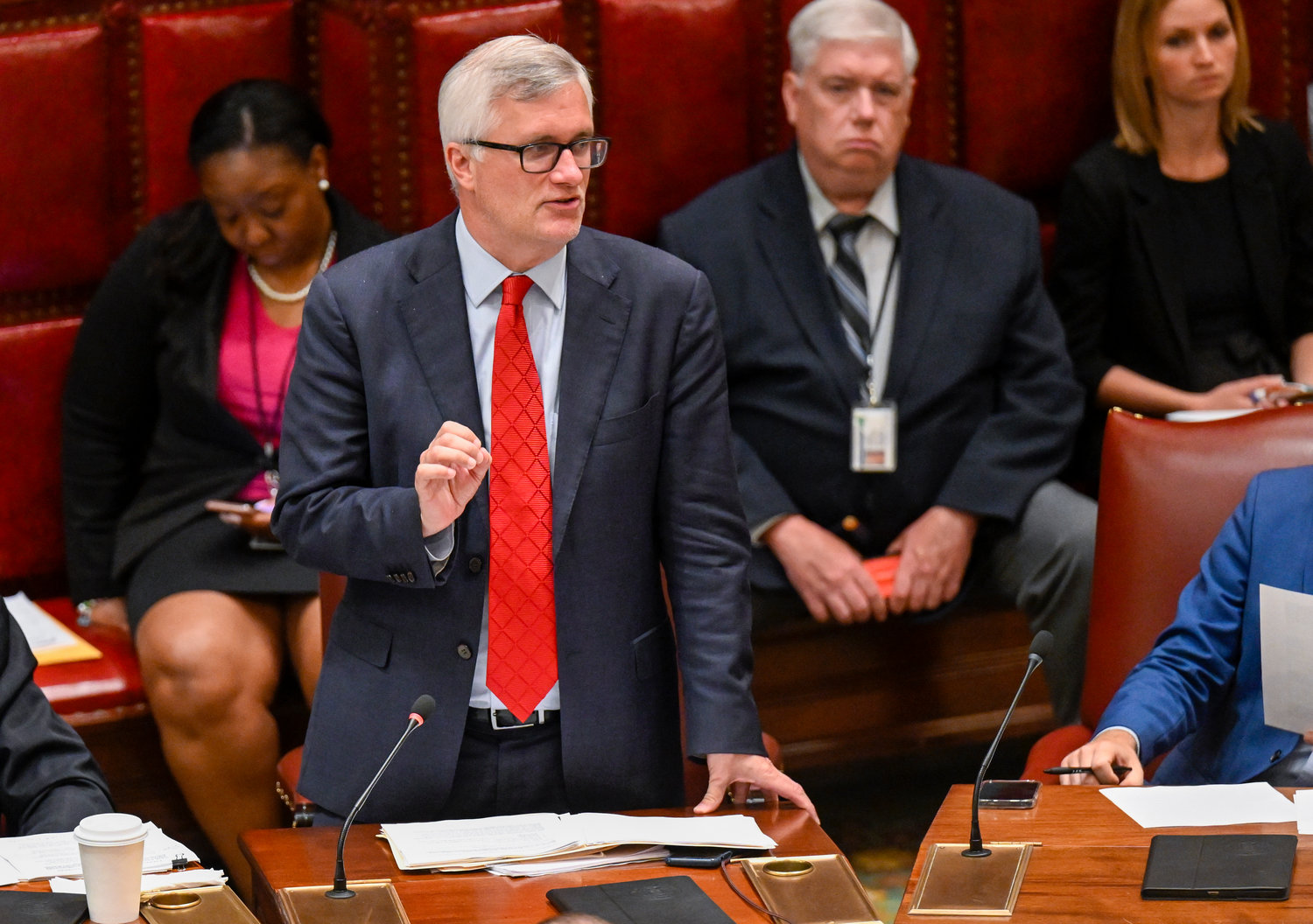 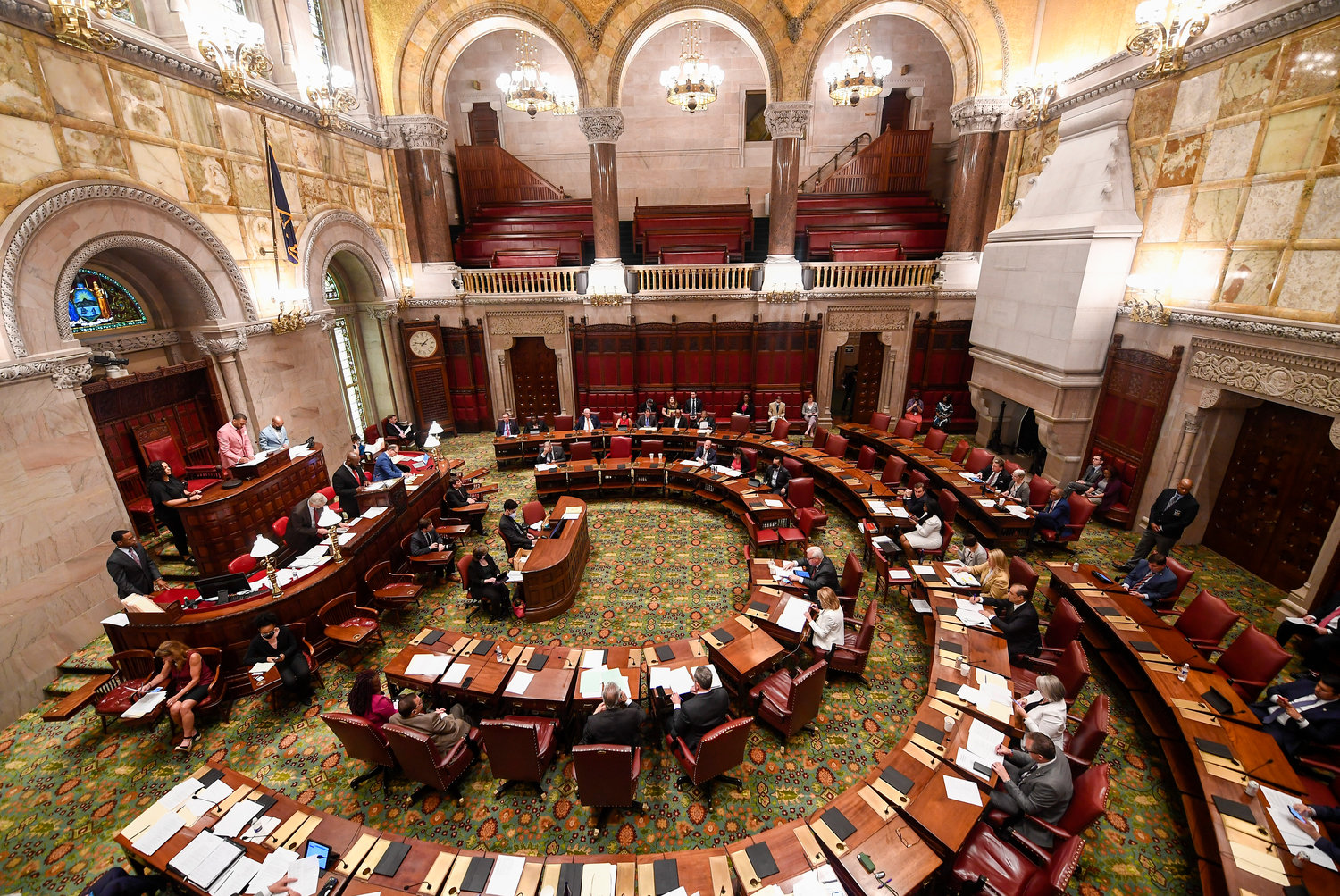 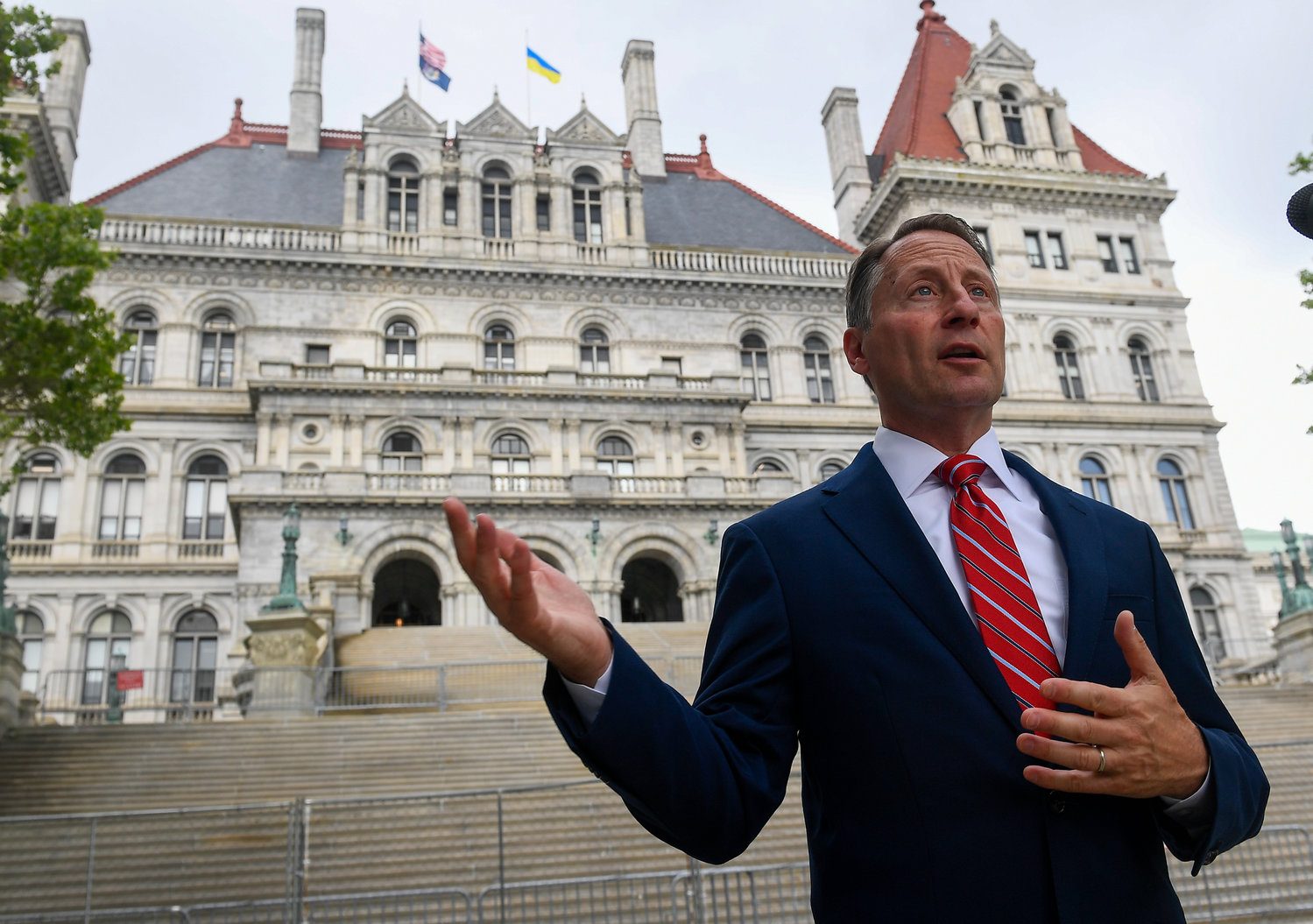 ALBANY (AP) — New York’s legislature is poised to ban people under age 21 from buying or possessing a semi-automatic rifle, a major change to state firearm laws pushed through less than three weeks after an 18-year-old used one of the guns to kill 10 people at a supermarket in Buffalo.

Formal debate on the measure was expected to begin in the state Assembly and Senate Thursday afternoon, the last scheduled day of the legislative session.

The bill raising the age limit is the most significant part of a package of gun control bills announced earlier this week by Democratic legislative leaders and Gov. Kathy Hochul.

New York already requires people to be 21 to possess a handgun. Younger people would still be allowed to have other types of rifles and shotguns, but the change in the law would restrict ownership of the type of fast-firing rifles used by the 18-year-old gunmen in the mass shootings in Buffalo and at a Texas elementary school.

Besides raising the legal purchase age to 21, the bill would also require anyone buying a semiautomatic rifle to get a license — something now only required for handguns.

The change would largely impact areas outside of New York City, which already requires permits to possess, carry and purchase any type of firearm and prohibits most applicants under 21.

Elsewhere in New York, people as young as 16 can possess long guns like rifles and shotguns without a license.

New York would join a handful of states — including Florida, Hawaii, Illinois, Vermont and Washington - that require buyers to be at least 21 instead of 18 to purchase some types of long guns. Similar legislation has been proposed in Utah.

California’s attempt to raise the legal buying age for a semiautomatic weapons has been challenged in court.

On May 11, a U.S. Appeals court panel ruled 2-1 that the state’s ban on the sale of semiautomatic weapons to adults under 21 is unconstitutional. The two judges who ruled in the majority were part of Republican President Donald Trump’s wave of conservative-approved nominees that reshaped the famously liberal court.

The National Rifle Association is also challenging Florida’s ban on the sale of rifles to adults under age 21, which was passed in the wake of a 2018 shooting. that killed 17 students and staff at a high school in Parkland.

Semiautomatic rifles automatically load each bullet after firing, although firing requires pulling the trigger for each round. That makes it possible for mass murderers to kill more people in a short amount of time.

Another bill set to pass in New York would require new guns to be equipped with microstamping technology, which would allow law enforcement investigators to more easily link weapons to fired bullets.

The state is also expected to pass legislation that would restrict the purchase of body armor and expand the list of people who can apply for an extreme risk protection order, a court order that can temporarily prohibit someone from purchasing or possessing a firearm if they are believed to be a danger to themselves or others.

Nick Langworthy, chair of the state Republican Party, said he opposes the bills for failing to address mental health, school security and crime.