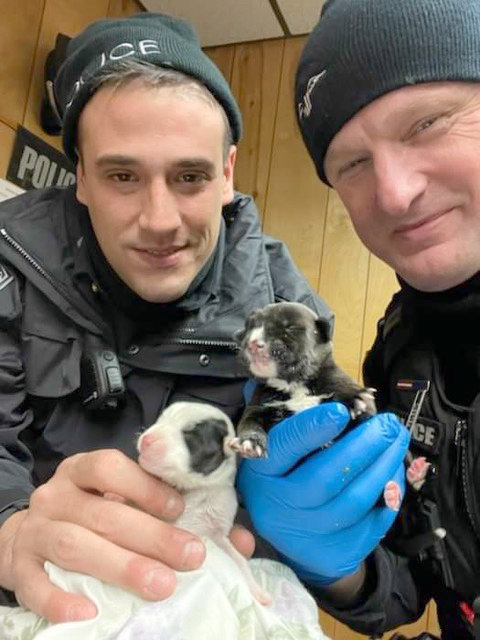 NEW YORK MILLS — A pair of newborn puppies taken from their mother and dropped off on a porch in New York Mills Thanksgiving morning are under investigation.

Village Police said both puppies have since found a safe home and are being cared for, and will be reunited with their mother.

Police said a male suspect took the puppies from their mother shortly after they were born. Police said the suspect soon decided he could not care for the puppies, so he turned them over to police under false pretenses.

Police said the puppies were placed in a shoebox and dropped off on a porch on Greenman Avenue in the village shortly after 1 a.m. Officers responded and took the animals, then reached out to the public on social media to find someone to help care for them — seeing as how it was both the very early morning and a holiday.

Police said Ashley Wright, of Rome, volunteered her time to pick up and care for the puppies.

Police said they have since made contact with the puppies’ true owner and arrangements have been made to return the pups to their mother.

The incident remains under investigation, police said. No charges have been filed so far.