REVIEW: New Woodstock ‘99 documentary covers the topic, but has no new revelations

Enough time has passed that the infamous Woodstock ‘99 in Rome has become an historical event, and several different documentaries have come out of the woodwork to try to understand what happened. …

REVIEW: New Woodstock ‘99 documentary covers the topic, but has no new revelations 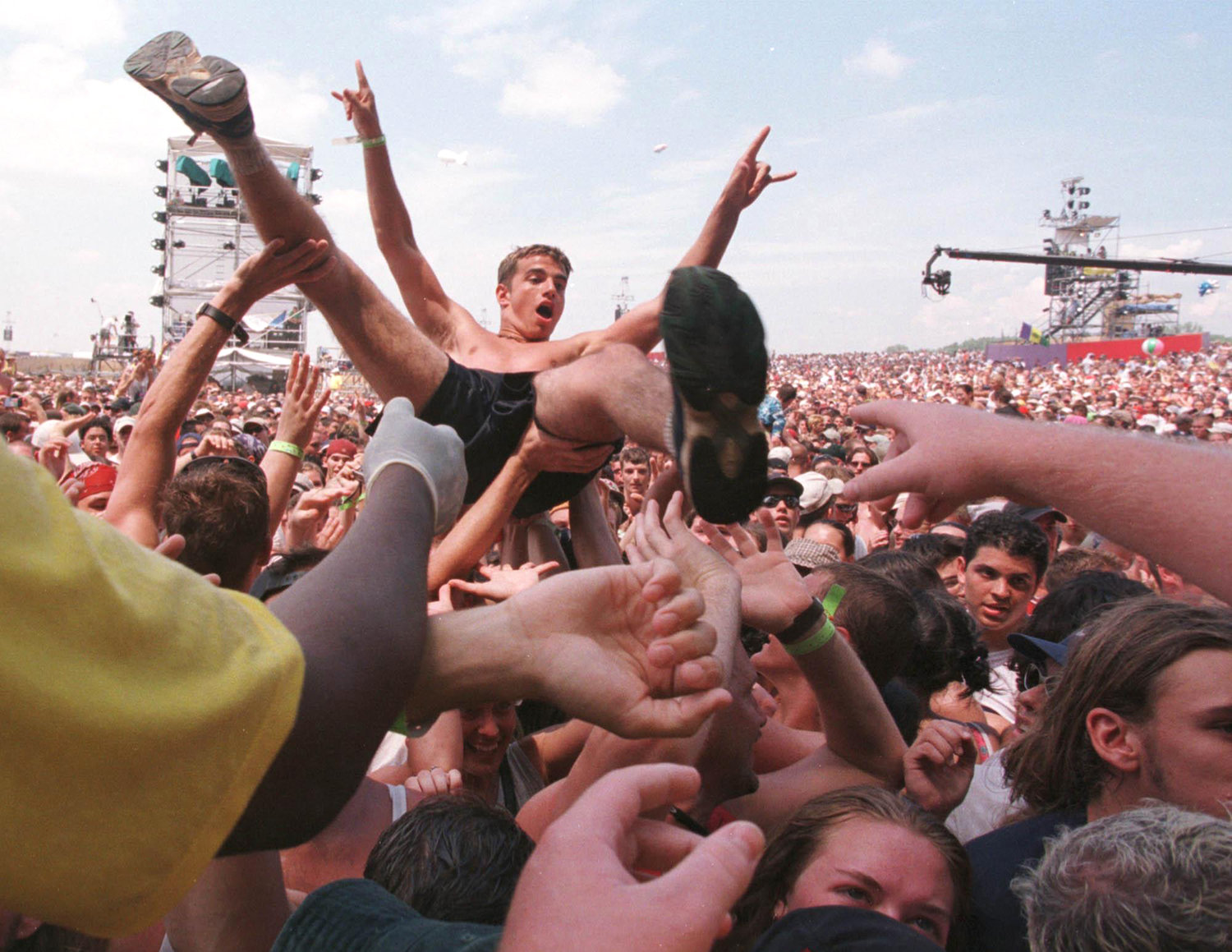 Pictured is the mosh pit in front of the East Stage at Woodstock '99.
(Sentinel file photo by John Clifford) 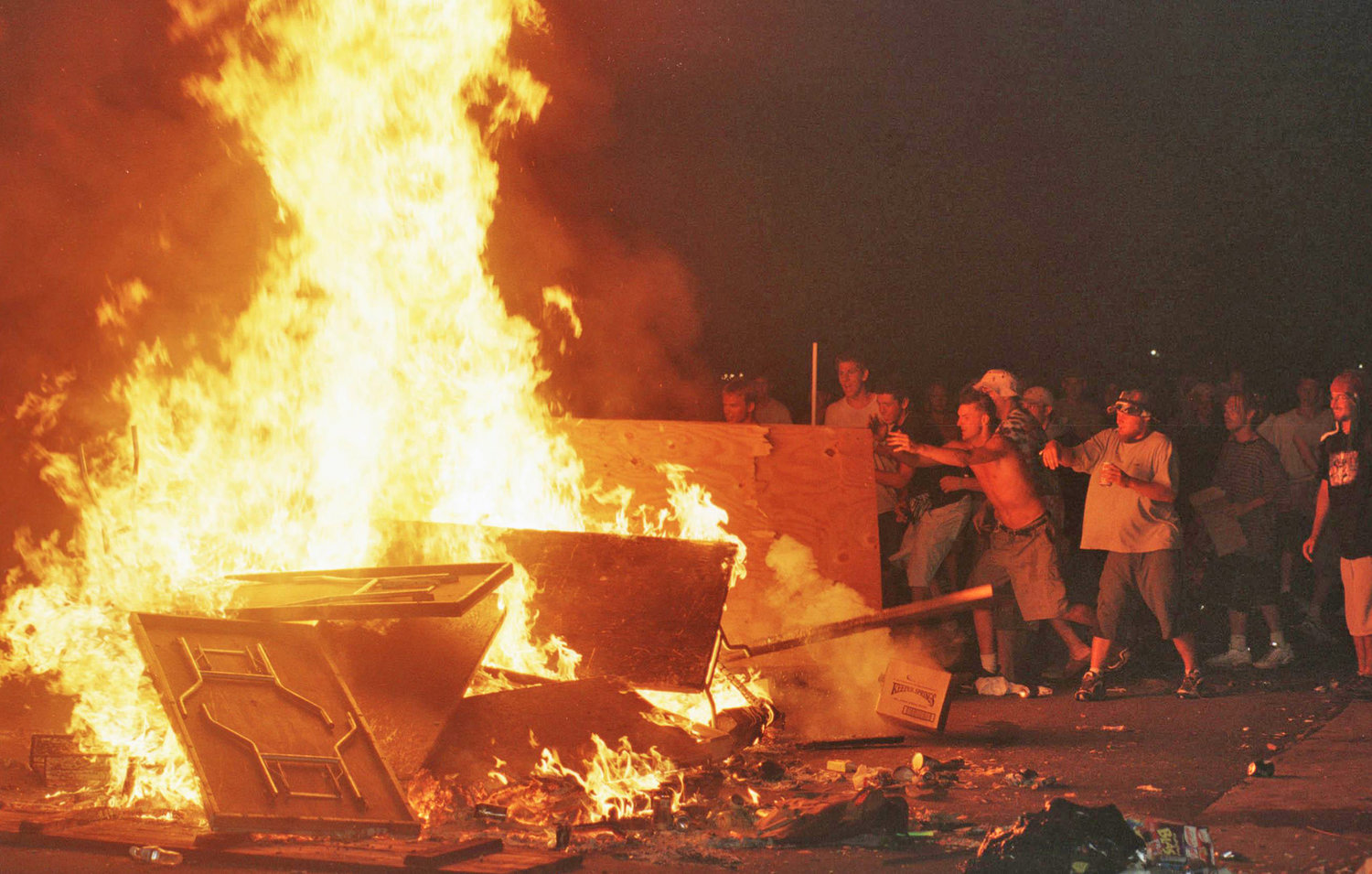 Here is one of the fires and mayhem on the final day during and after the Red Hot Chili Peppers finale.
(Sentinel file photo by John Clifford)
Previous Next
Posted Sunday, August 14, 2022 9:10 am
More information

For further discussion of the documentary, check out the Sentinel Cinema podcast at www.URSentinel.com/podcasts.

Enough time has passed that the infamous Woodstock ‘99 in Rome has become an historical event, and several different documentaries have come out of the woodwork to try to understand what happened.

The latest is “Trainwreck: Woodstock ‘99” on Netflix, which has a ton of footage from the event and a professionally made quality, but no new revelations or answers. “Trainwreck” does a great job of tracking the timeline of events and the growing anger of the crowd — which led to a harrowing third and final night. But don’t tune in expecting anyone to be held accountable or for there to be any newly uncovered answers as to what went wrong.

Many people reading this review will have lived through Woodstock ‘99 at the former Griffiss Air Force Base and already know what happened. The Daily Sentinel — which does get a tiny cameo in the movie — covered the event closely and the people of Rome know what happened.

But it’s not every day a movie taking place in Rome shows up on Netflix, so I decided to give it a watch for this week’s movie review. Full disclosure: Woodstock ‘99 was before my time at the Sentinel, and I don’t have that personal connection.

To me, this was just a professionally made documentary that covers a lot of the same information that has been bandied about for years. Woodstock ‘99 was a three-day music and art festival held on the wide open tarmac of the former Air Force base, which slowly devolved into fire, chaos and sexual assault.

The 2 1/2-hour, three episode documentary mostly tracks a linear timeline across the three days, explaining all of the conditions on site that led to the violence on the final night. From that perspective, the documentary does a fine job. It’s clear and informative about the conditions on the ground, especially how the hosts of the event cut corners when it came to waste management, security and the water supply.

There is also a lot of attention placed on the acts that performed and how they helped to rile up the crowd — then ducked out and washed their hands of the event when things went south. The documentary subtly points some fingers at the aging executives who put Woodstock ‘99 together, especially the same men who hosted the original Woodstock in 1969. It’s made clear in the movie that these old hippies simply had no idea what the music scene was like in 1999 and how greatly it differed from the era of peace and love.

But ultimately this is just a documentary and can’t exactly hold anyone accountable for what went wrong. All this movie can do is explain what happened, surprisingly play down the sexual assaults and the deaths, and then just let the events of Woodstock ‘99 speak for themselves. There is definitely a lot of footage of drunk, shirtless, college-aged men screaming at the various cameras, and plenty of nudity. You’ll definitely get your fill of that stuff in this film.

Also, don’t go into “Trainwreck” hoping to see any real exploration of the City of Rome or the festival’s impact on the city or the greater Oneida County area. Rome barely factors into the movie, unless you count some new interviews and archival footage of former mayor Joseph Griffo. He’s in the movie, at least.

“Trainwreck; Woodstock ‘99” is available for streaming on Netflix.