Everyday Americans will be able to help refugees adjust to life in the U.S. in a program launched Thursday by the State Department. 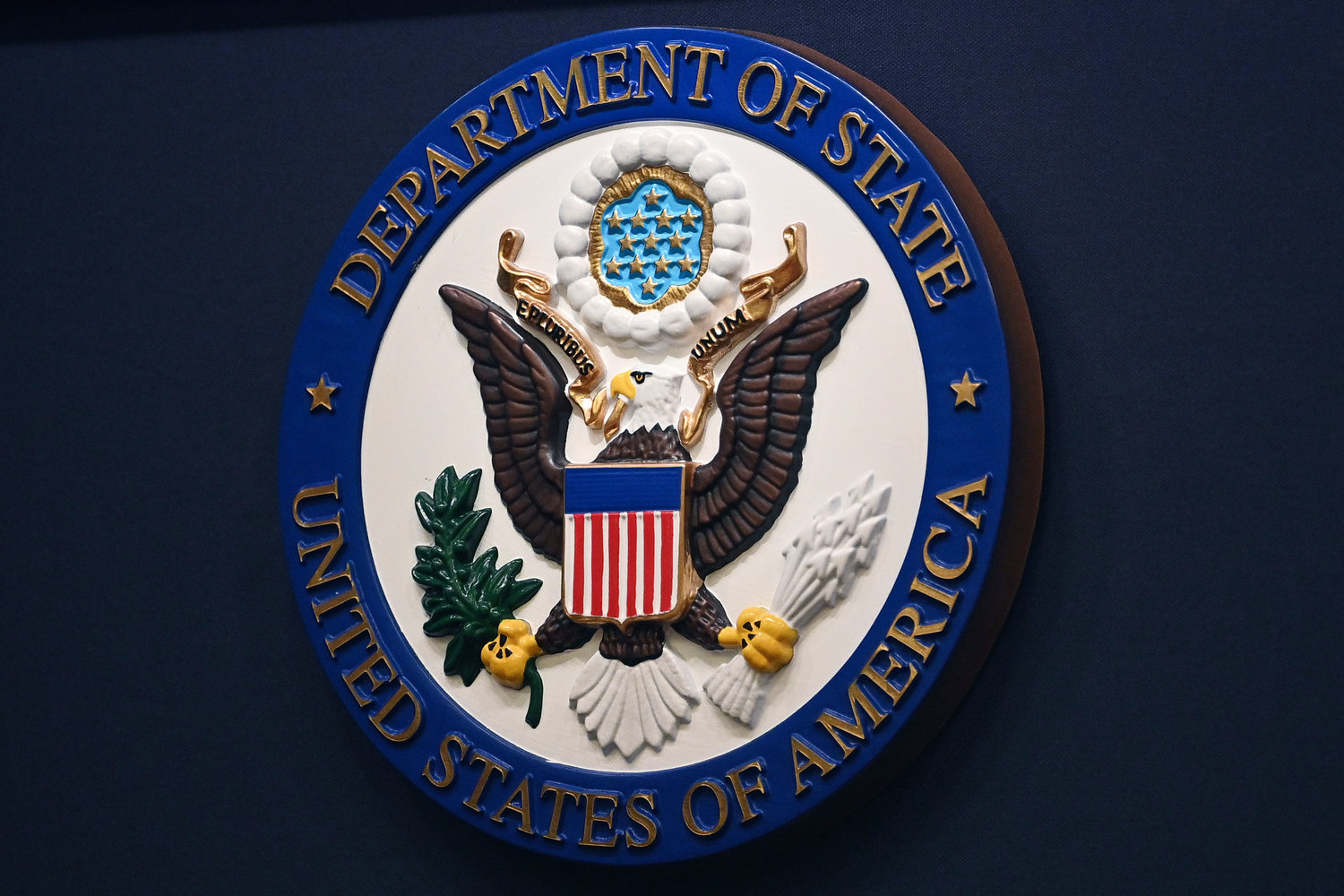 The State Department seal is seen on the briefing room lectern at the State Department in Washington, Jan. 31, 2022. Everyday Americans will be able to help refugees adjust to life in the U.S. in a program being launched by the State Department. The goal is to give private citizens a role in resettling the thousands of refugees who come to America every year.
(Mandel Ngan, Pool via AP, File)
Posted Friday, January 20, 2023 10:00 pm
Rebecca Santana, Associated Press

WASHINGTON — Everyday Americans will be able to help refugees adjust to life in the U.S. in a program launched Thursday by the State Department as a way to give private citizens a role in resettling the thousands of refugees who arrive every year.

The State Department program is called the Welcome Corps. The agency aims to line up 10,000 Americans who can help 5,000 refugees during the first year of the program.

“By tapping into the goodwill of American communities, the Welcome Corps will expand our country’s capacity to provide a warm welcome to higher numbers of refugees,” according to the announcement.

The State Department has traditionally worked with nonprofit groups that specialize in refugee issues to help people from around the world when they first arrive in the country and face a dramatically different way of life. Under the program announced Thursday, five or more Americans would be able to form a group and fill this role as well.

They would apply to privately sponsor refugees to resettle in America, and would be responsible for raising their own money to help the refugees during their first 90 days in the country.

Assistance would include everything from greeting refugees at the airport, finding them place to live to getting kids enrolled in school.

A consortium of nonprofits with expertise in refugee resettlement will help oversee the vetting and certification of people and groups who want to be private sponsors. They’ll also offer training so private sponsors understand what’s needed to help refugees adjusting to life in America. The consortium will be responsible for monitoring the program.

The new initiative will roll out in two phases, according to the State Department. Under the first phase, private sponsors will be matched with refugees already approved for resettlement under the U.S. Refugee Assistance Program. That will start during the first half of 2023.

In the second phase, private sponsors would be able to identify refugees abroad they’d like to help and then refer those people to the Refugee Assistance Program and assist them once they arrive in the U.S.

The Welcome Corps program comes on the heels of a similar, smaller scale endeavor under which Americans were able to sponsor Afghans or Ukrainians fleeing their country.

That program launched in October 2021 and has helped just over 800 people coming to America through a network of 230 certified sponsor circles that included a total of about 5,000 people.

“This represents perhaps a unique opportunity in our history — certainly in our recent history — to really open up space for Americans to protect lives by sponsoring a family,” he said. “We’ve seen the incredible interest among the American public — Republicans, Democrats, liberals, conservatives, veterans, so many others across the political spectrum.”

President Joe Biden vowed in a 2021 executive order to restore the U.S. as the world’s haven and called for private sponsorship of refugees. The previous administration, under President Donald Trump, had largely rolled back the refugee program.

But Thursday’s announcement comes as the U.S. is woefully off track if it hopes to meet Biden’s goal of 125,000 refugees admitted into the U.S. during fiscal year 2023. According to State Department data, the U.S. has admitted just 6,750 refugees to the country through December — three months into the 2023 fiscal year.

Krish O’Mara Vignarajah, President and CEO of Lutheran Immigration and Refugee Service commended the Biden administration’s “forward-thinking” program which has “potential to strengthen ties between refugees and the communities they will call home.” But Vignarajah also noted the low number of refugee admissions. LIRS is a national nonprofit that helps refugees, asylum seekers, and other immigrants.

“The Biden administration must prioritize the streamlining of refugee admissions, which remain regrettably low this fiscal year. Without urgent action to increase efficiency, it risks letting the compassion of individual sponsors and the expertise of professional refugee resettlement organizations go to waste,” Vignarajah said in a statement.