MARCY — What’s in a name? Plenty, according to the CEO of the company formerly known as Cree, which is currently constructing a semiconductor manufacturing facility in Marcy. The company has … 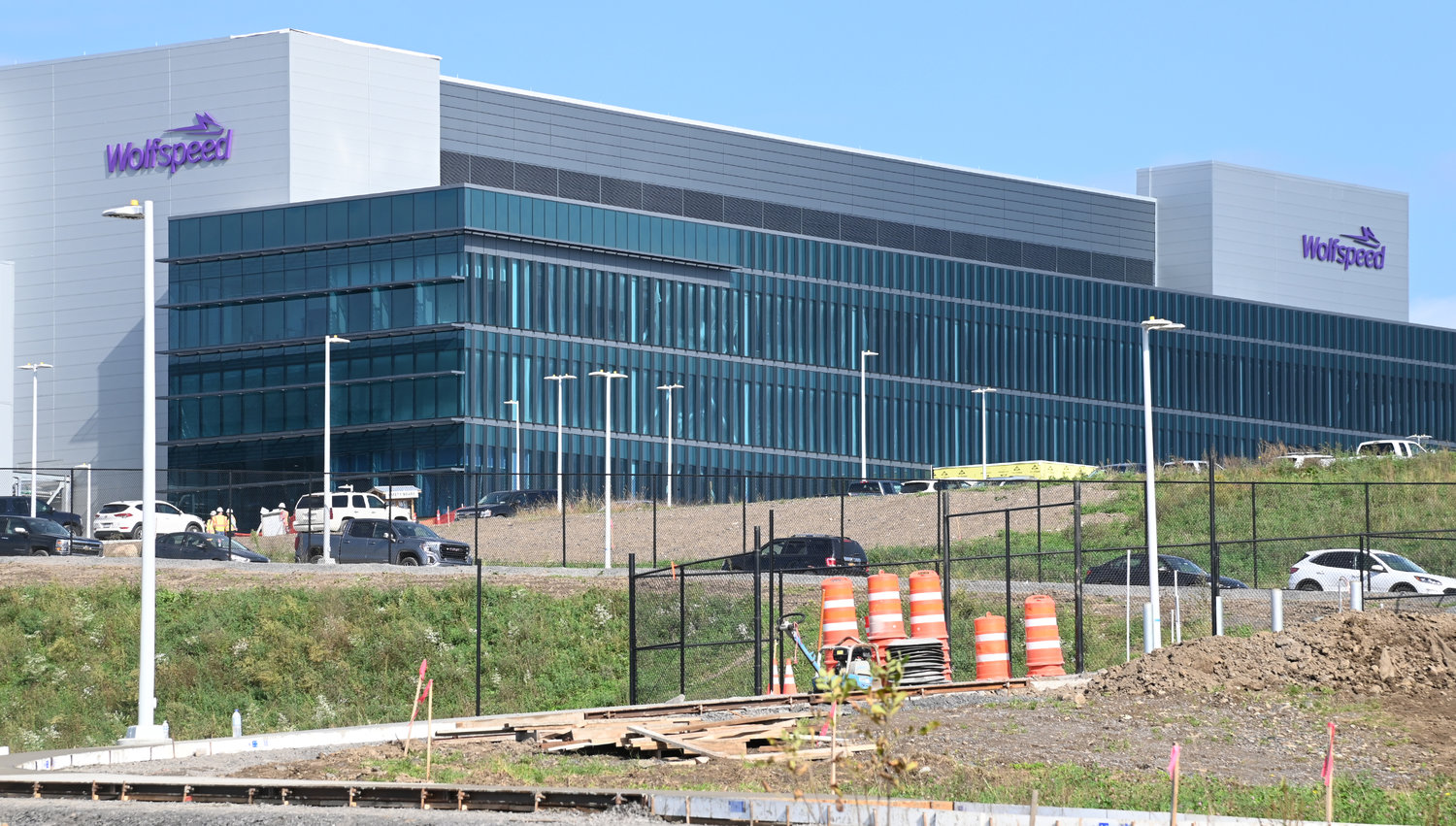 MARCY — What’s in a name? Plenty, according to the CEO of the company formerly known as Cree, which is currently constructing a semiconductor manufacturing facility in Marcy. The company has officially changed its name to Wolfspeed, according to a release, and the change is symbolic of a massive rebranding and repositioning that has company officials excited about the future.

“Following a massive four-year transformation, involving the divestiture of two-thirds of the business and a repositioning of the company’s overall core strategy, today marks the creation of Wolfspeed, Inc. (NYSE: WOLF), the global leader in silicon carbide technology and production,” notes a release.

Wolfspeed has served as the brand for the company’s silicon carbide materials and semiconductor devices business unit for the past six years.

The move, “... officially marks a transformative milestone for Wolfspeed as we are now a pure-play global semiconductor powerhouse,” said Gregg Lowe, CEO at Wolfspeed, in a statement. “The next generation in power semiconductors will be driven by silicon carbide technology, with superior performance that unleashes new possibilities and positive changes to the way we live. As the original champion of this technology, we couldn’t be more excited for what lies ahead.”

The company’s new, $1 billion facility is the linchpin in the Marcy Nanocenter at SUNY Polytechnic Institute’s 434-acre greenfield campus developed for semiconductor and advanced technology manufacturing facilities. Wolfspeed’s Marcy factory is billed as a state-of-the-art, automotive-qualified 200mm-capable power wafer fabrication facility and will be the largest such silicon carbide facility in the world. Industry experts say the site will be critical to supplying the next wave of electric vehicles (EV), 4G/5G mobile and industrial markets as Cree/Wolfspeed drives the industry transition from silicon-to-silicon carbide.

Construction is on schedule for production to begin in early 2022.

Wolfspeed has already hired almost 200 people and has committed to create more than 600 direct new jobs over the next eight years, officials said, adding that a recent U.S. Semiconductor Industry Association analysis estimates that each direct semiconductor industry job enables 4.89 jobs in other sectors of the economy.

This new fab plant, located next to SUNY Poly’s Utica Campus, will open the door for groundbreaking research and future recruitment opportunities for students in some of the most promising, high-growth, global industry technology sectors, officials added.