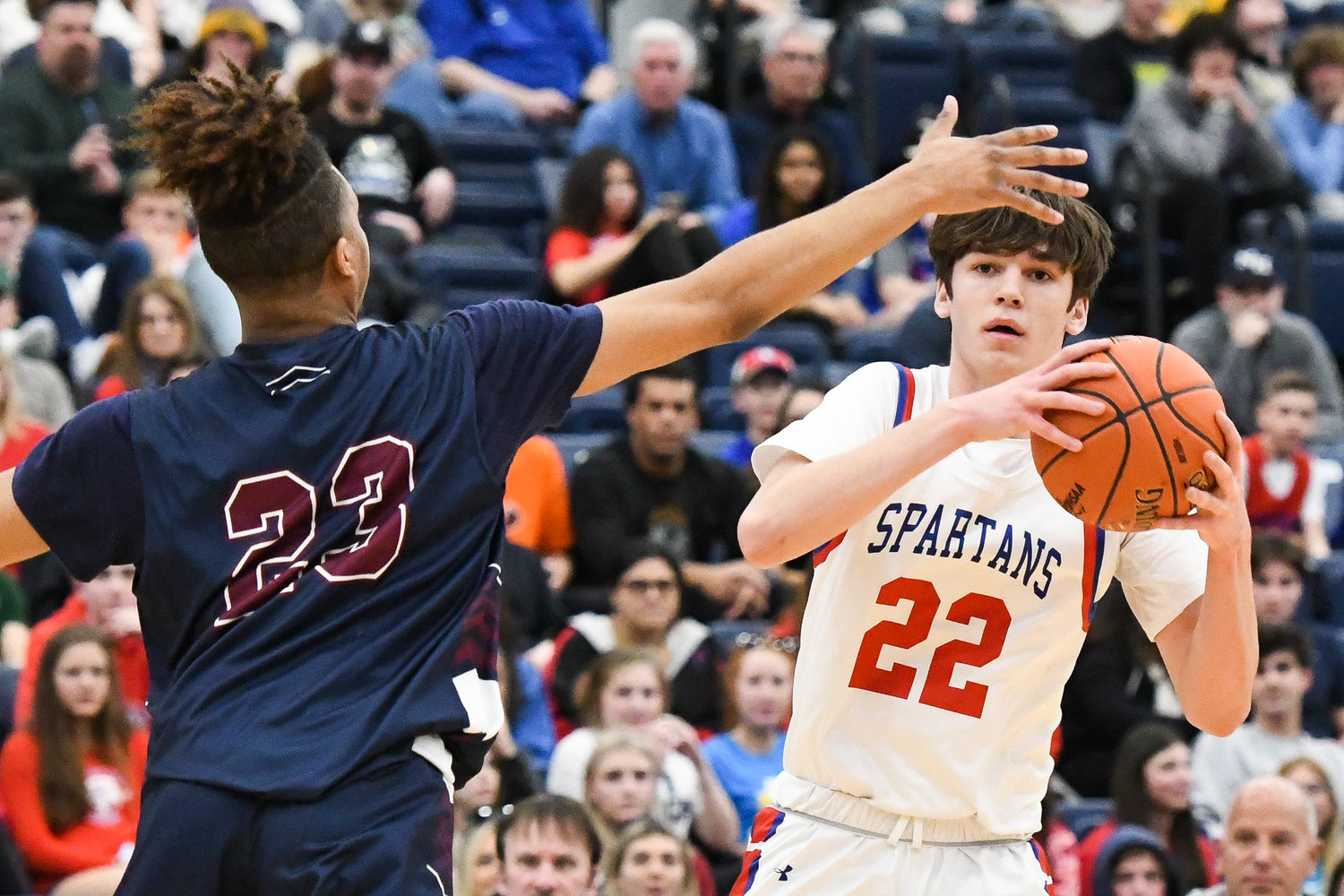 New Hartford's Colton Suriano (22) is among three players to be named an all-star in the the Tri-Valley League this season.
(Sentinel photo by Alex Cooper) 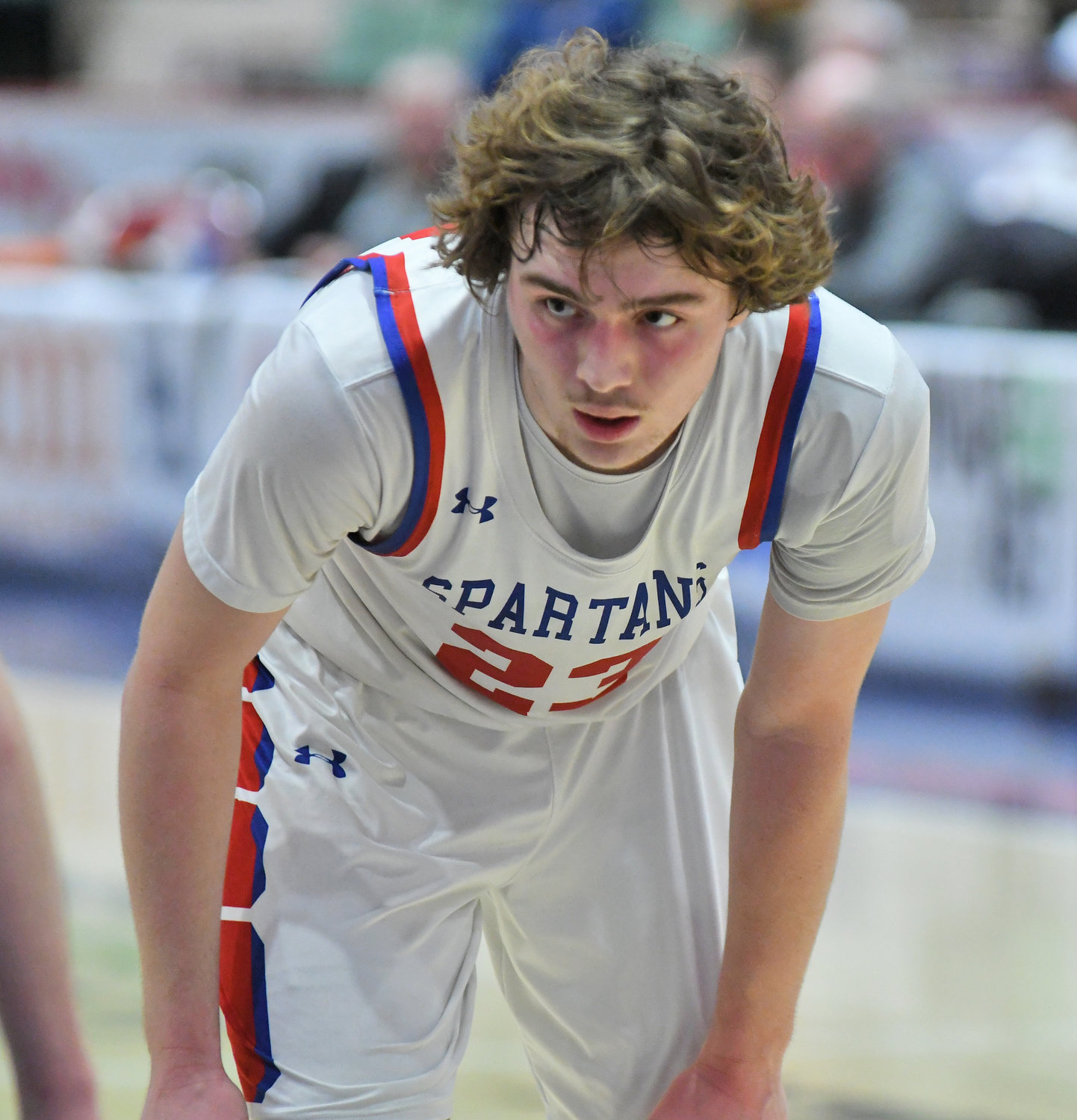 New Hartford's Zach Philipkoski helped guide the Spartans to the Class A state title game. Philipkoski, who played through injuries this season, led the team with 26.1 points per game.
(Sentinel photo by John Clifford) 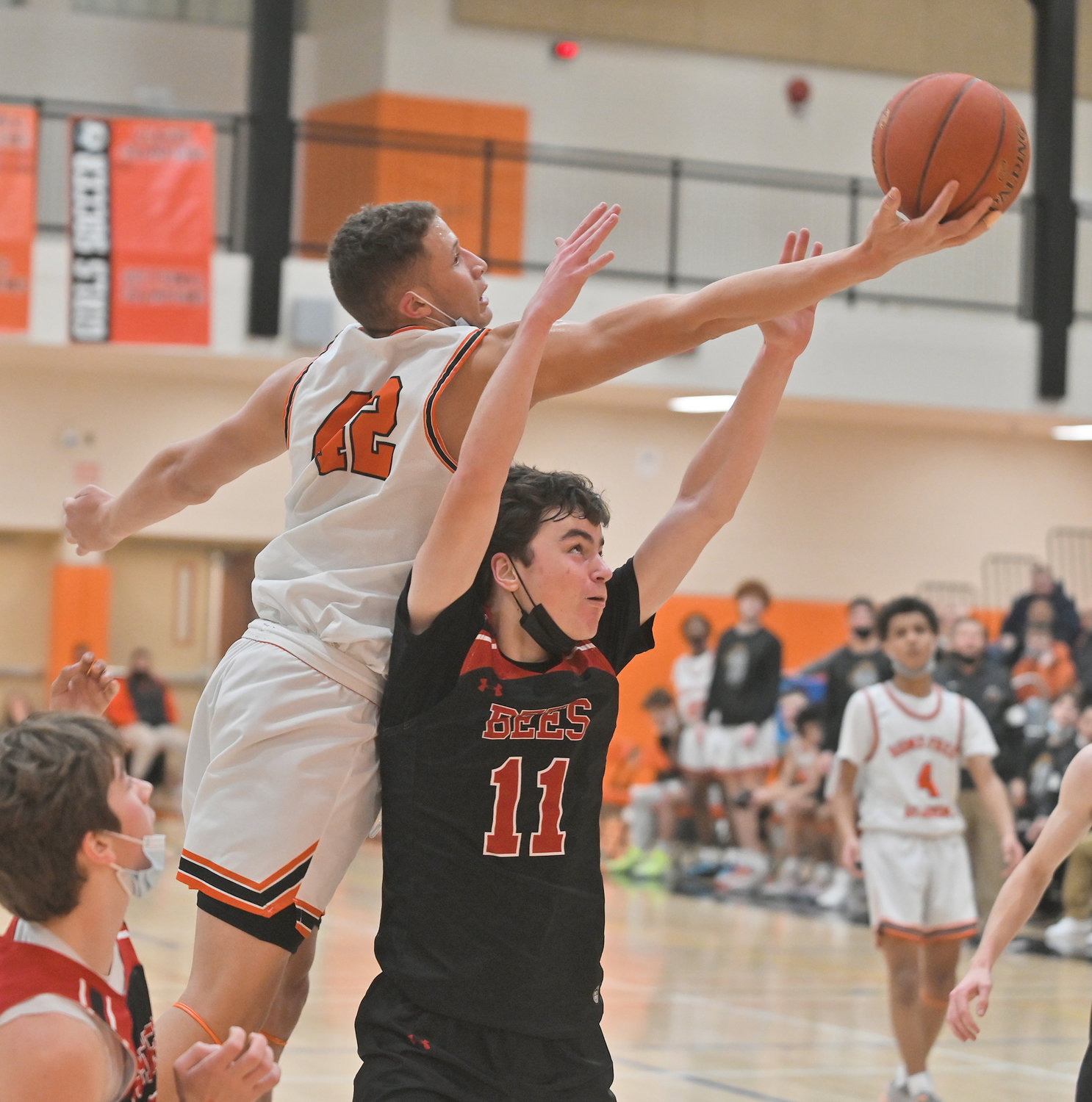 Junior Zach Philipkoski was instrumental in helping the New Hartford boys basketball team turn in arguably the most impressive season in school history.

The state-ranked Spartans – who finished 24-3 overall – earned a Tri-Valley League title, a Section III title, a regional title and made it all the way to the New York State Public High School Sports Association Class A final last weekend in Glens Falls.

Philipkoski, who played through toe and shoulder injuries, was at the forefront of New Hartford’s success. It is no surprise, then, that the guard/forward is the TVL’s all-league Player of the Year. He’s among three New Hartford players to earn TVL honors.

“It is awesome to be part of this team that was able to (get to the state final),” said Philipkoski, who was picked to the Class A all-tournament team.

Joining Philipkoski earning honors from the TVL are junior Colton Suriano (8.8 points per game, team-best 239 rebounds and 53 blocks) on the first team. Senior Will Trela (9.3 ppg) is on the TVL second team.

While there were all-stars chosen for the TVL’s Pioneer Division, it is unclear if there were Colonial Division selections made.