Talia Vitullo is ready for the next step in her soccer career. 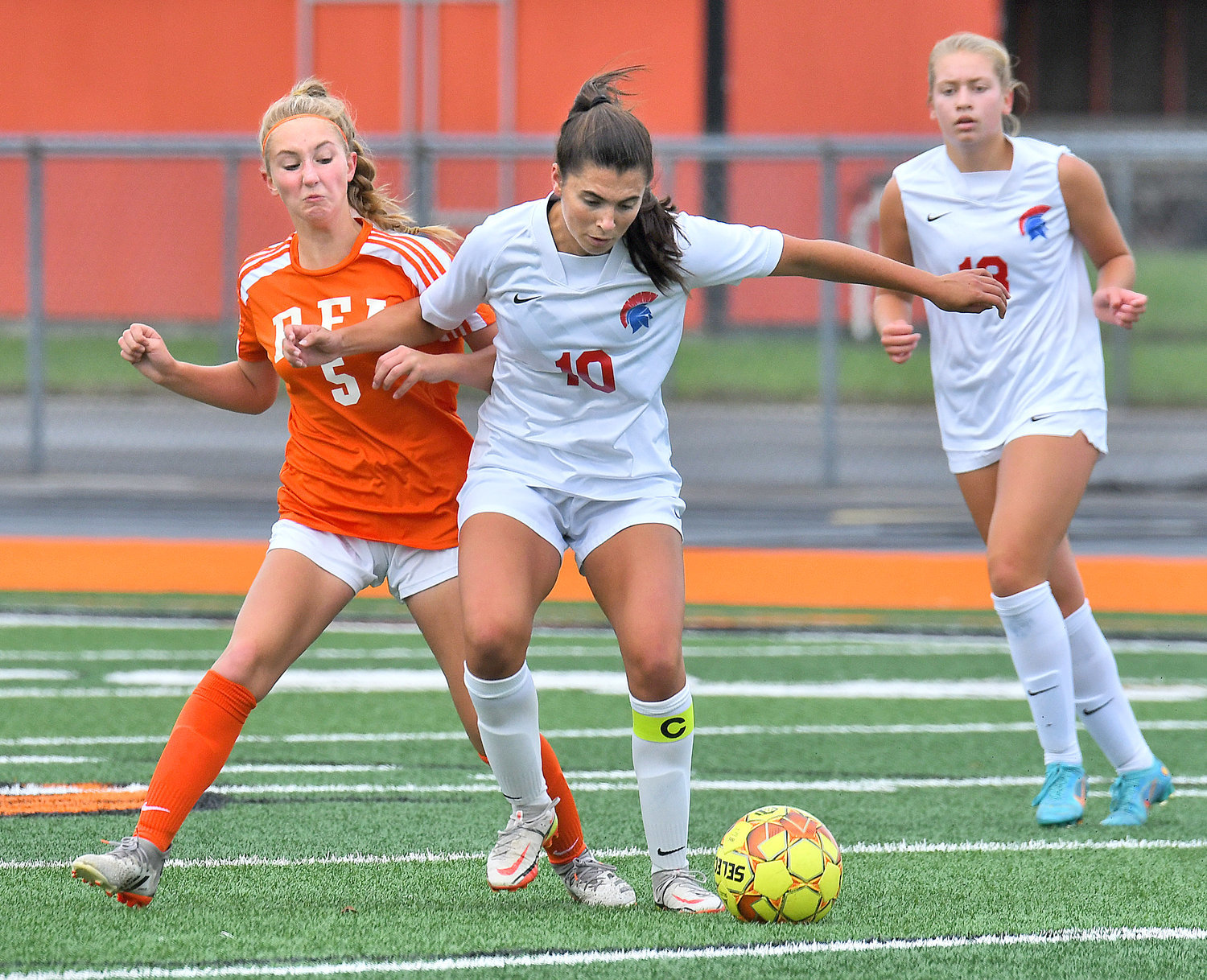 Talia Vitullo is ready for the next step in her soccer career.

After honing her skills as a member of the successful New Hartford girls soccer program and with the Syracuse Development Academy club team, Vitullo has committed to play at NCAA Division I University at Buffalo this fall. The team and Vitullo recently announced her commitment via an Instagram post.

“Throughout my recruitment process, it has been a long journey,” Vitullo said in an interview with the Daily Sentinel. “I’ve had very fortunate soccer careers with New Hartford and my club team. (Playing) Division I wasn’t always the goal. … It was really about the academic fit and the soccer fit.”

Vitullo said the academic side is important to her. She wants to become a physician assistant and Buffalo “has a very strong biology program,” which would help put her on a path to reaching her goal.

She said she considered between 10 and 20 schools at all levels over the last three years. She made a visit to Buffalo’s campus in November and made the decision toward the end of 2022.

“I think I’d really be able to grow and improve my education and soccer skills there,” said Vitullo, who noted her SDA coach Brian McGrane reached out to the Buffalo coaching staff about her play. “The (Buffalo) soccer program is great ... and the coaching staff is amazing.”

Vitullo, a talented center midfielder, is among seven signees for Buffalo, which was 15-2-4 overall and won a Mid-American Conference championship last season.

Vitullo is the latest player from New Hartford to commit to an NCAA Division I program. Teammate Anna Rayhill previously committed to Harvard. And, Allison Falvo also recently finished her freshman season at Binghamton University.

The each had a role in helping New Hartford compile a 59-game undefeated streak that ended last fall. New Hartford claimed its first state championship in 2021 before taking state runner-up honors last fall.

New Hartford coach Frank DuRoss Jr. said Vitullo was vital. She helped facilitate New Hartford’s attack in the midfield and “gives everything to break up plays from the opposing team and disrupt anyone trying to play through the midfield,” he said.

“A lot of those things don’t show up on the scoresheet, but they’re key and crucial to our success over the last several years,” DuRoss Jr. said.

As a junior Vitullo was tied for most assists (21) in Section III Class A. It is a total that ranks among the most in the state for a single season. She is a two-time Tri-Valley League All-Star.

She will be missed, especially among New Hartford’s younger players, DuRoss said.

“She’s just a huge part of both the on-the-field play and team culture,” he said.

She served as the team’s captain as her teammates trusted her in the role, DuRoss Jr. said.

“She’s the kind of kid that integrates every girl into the team no matter how much they’re playing or what grade they’re in. She’s very attentive to team culture and supporting people on the team when they need it but at the same time being able to direct and give feedback to other players. She has a great balance of things, which is sometimes hard to find. A lot of girls can do one or the other. There’s not many that can do both.”

Vitullo said she relished her role in trying to help ease some nervousness for younger players while also trying to get their best. Her sister, Olivia, was also a member of the team which also helped her grow closer with her teammates, she said.

Talia Vitullo also appreciated the opportunity to play with a few of her closest friends since she was six years old. The group played together at New Hartford and on the club team.

“I think my biggest takeaway is being able to enjoy the sport with the people I love the most,” she said. “That was the most memorable part of it.”