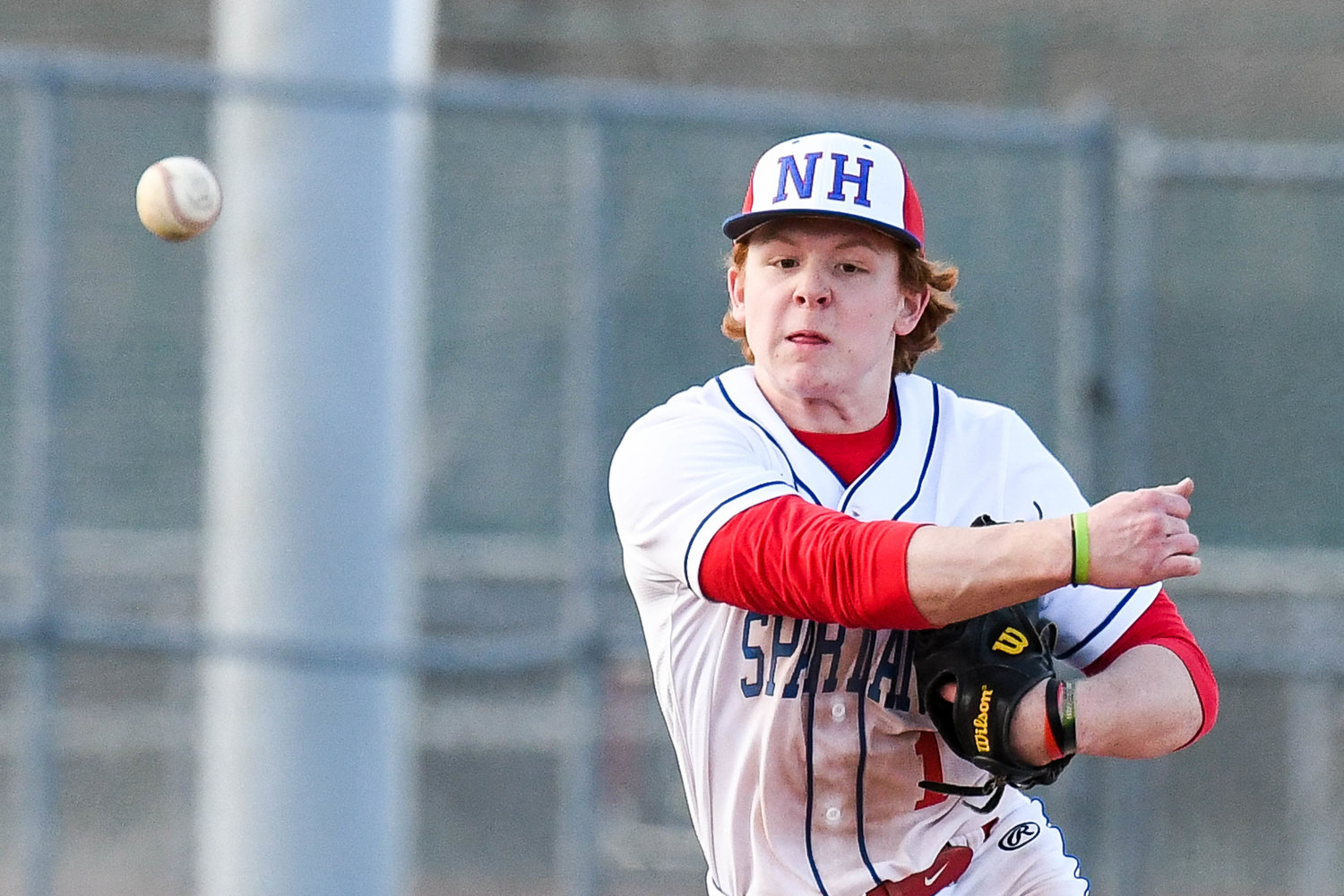 MAKING THE PUTOUT — New Hartford player Cole Raux throws to first base during Monday’s game against Holland Patent. The sophomore went 4-for-4 with two doubles, a stolen base and three RBIs. The Spartans won 10-1.
(Sentinel photo by Alex Cooper) 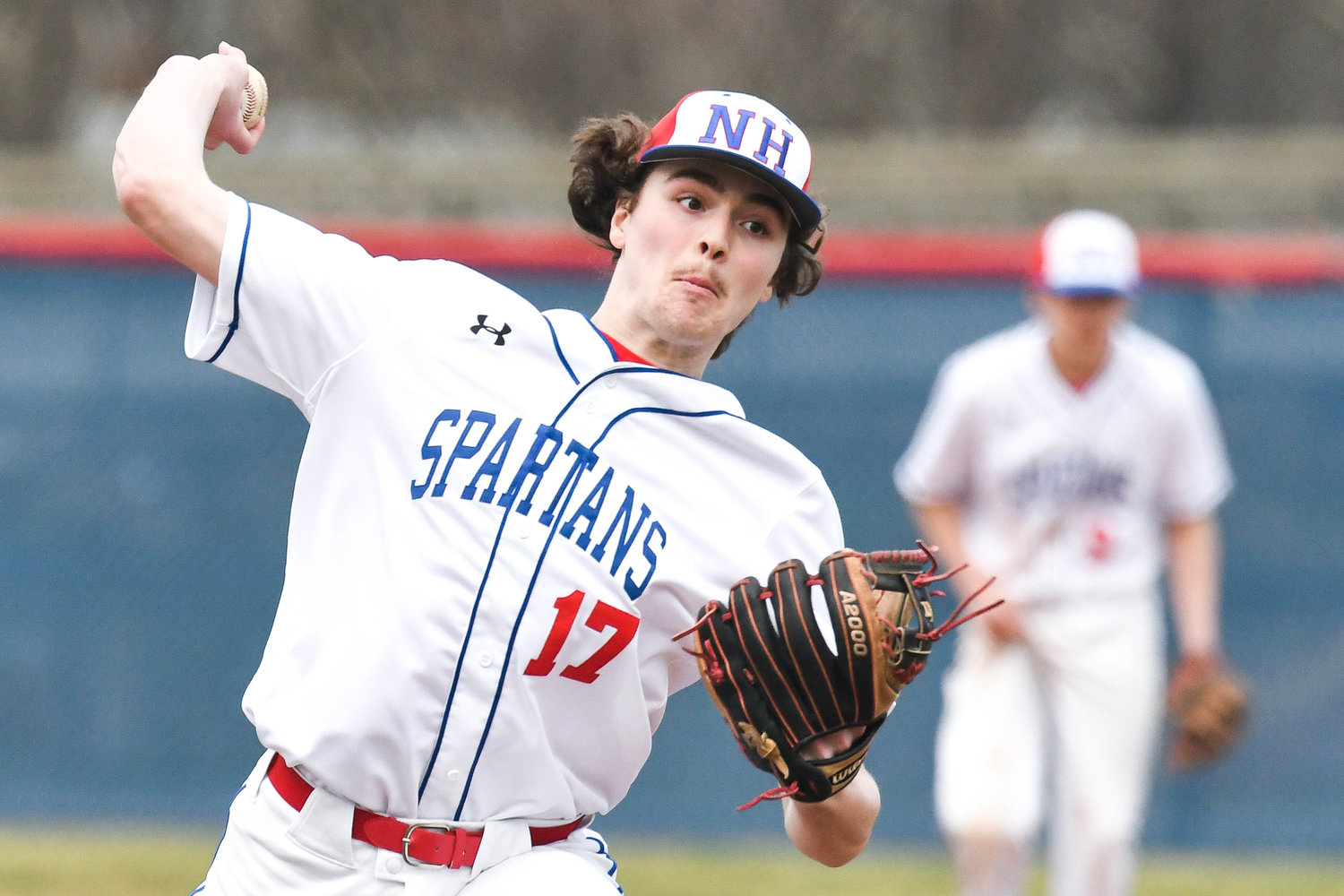 ACE PERFORMANCE — New Hartford pitcher Zach Philipkoski delivers a pitch during the game against Holland Patent on Monday. The junior got the win on the mound as the Spartans won 10-1. He allowed two hits and one run while striking out four in five innings.
(Sentinel photo by Alex Cooper) 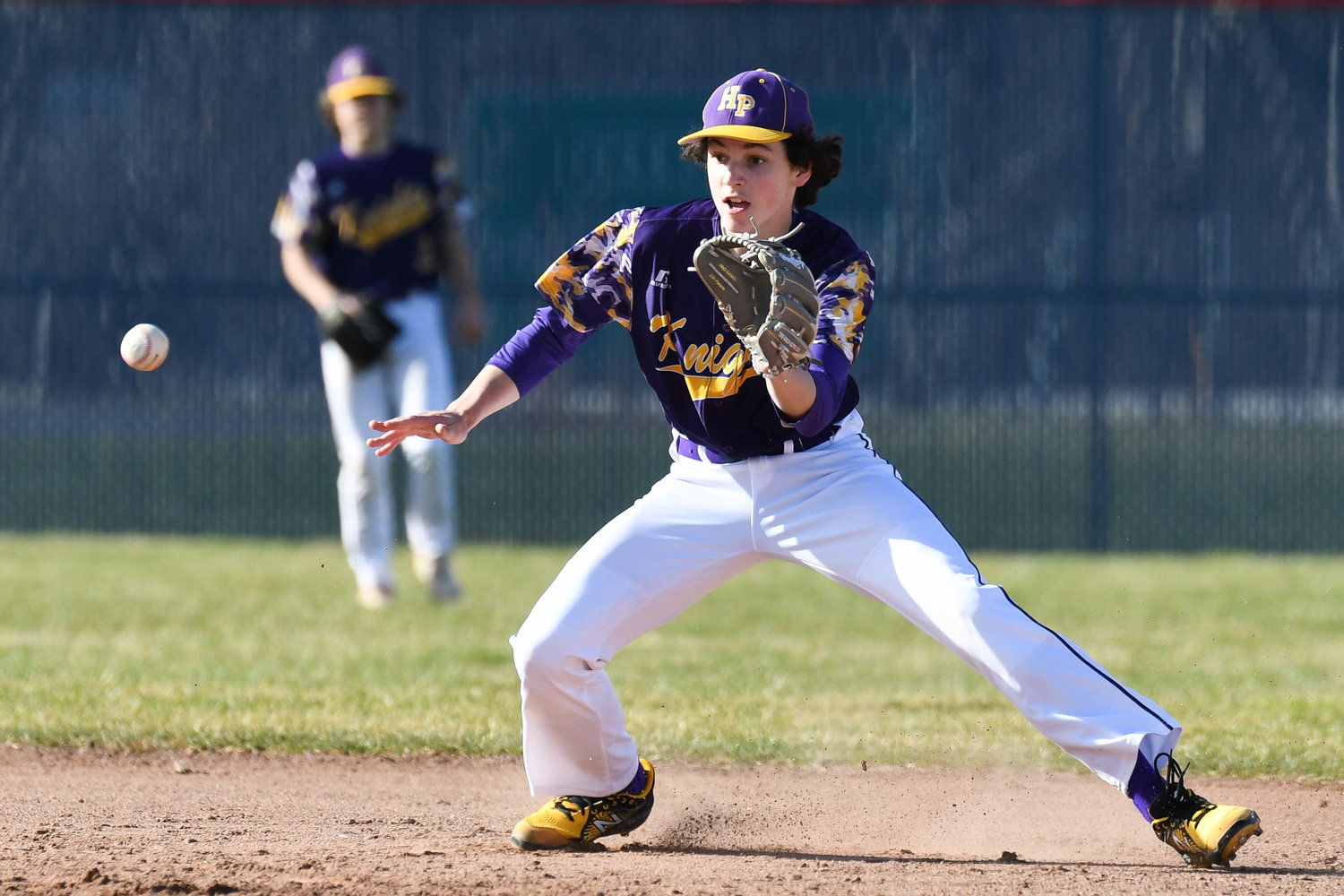 EYE ON THE BALL — Holland Patent shortstop Luke Benedetto fields a ground ball near second base during the game against New Hartford on Monday on the road in non-league play. Results were not available at press time.
(Sentinel photo by Alex Cooper)
Previous Next
Posted Tuesday, April 12, 2022 7:56 pm

NEW HARTFORD — The New Hartford baseball team jumped out to a four-run lead in the first two innings and earned a 10-1 non-league home win over Holland Patent on Monday.

New Hartford added a total of six runs over the fourth and fifth innings to build a bigger lead in the Spartans’ season-opening game.

The Spartans totaled 13 hits in the contest. The team was led by sophomore Rowan Gall, who finished with four runs batted in. Classmate Cole Raux went 4-for-4 with two doubles, a stolen base and three RBIs. Senior Will Gall added two RBIs while Connor Karwowski hit a triple and drew a pair of walks.

Junior Zach Philipkoski -- the TVL’s Rookie Pitcher of the Year in 2021 -- allowed two hits and one run while striking out four in five innings on the mound for New Hartford. Freshman Logan Clarey and sophomore Matt Greene each pitched one inning and didn’t allow any hits.

The team’s next game is scheduled for 4:30 p.m. Thursday against Jamesville-DeWitt at New Hartford High School. New Hartford has TVL games set for Monday against Vernon-Verona-Sherrill at home before a visit to Utica Notre Dame on Tuesday. Both games are set for 4:30 p.m.

There were no stats provided for the Golden Knights (2-2 overall).

HP’s next game is scheduled for 11 a.m. Thursday against visiting Whitesboro. The team is also scheduled play Monday at Oneida.