HIGH SCHOOL FOOTBALL: New Hartford aims for more success after moving up to Class A

HIGH SCHOOL FOOTBALL: New Hartford aims for more success after moving up to Class A 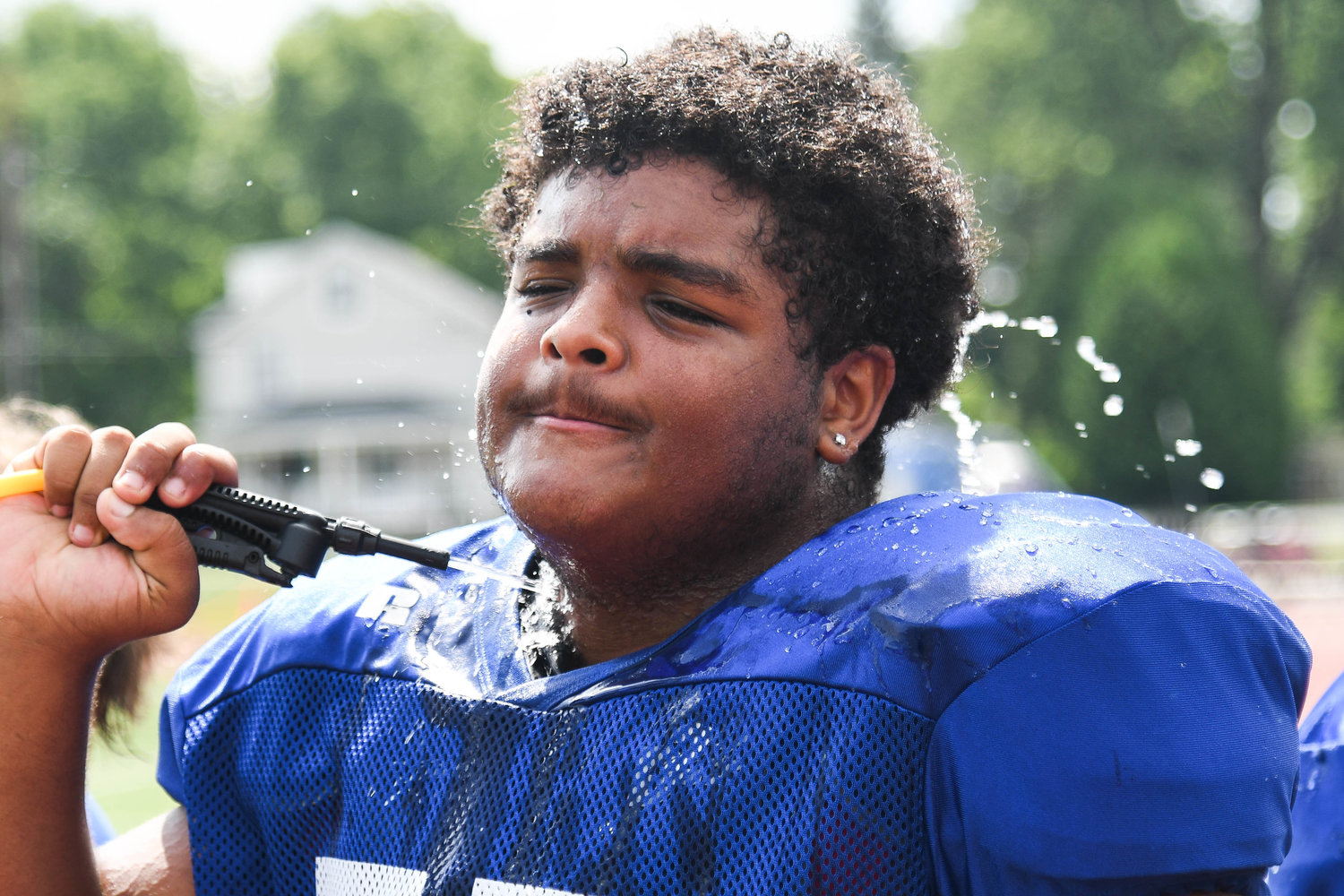 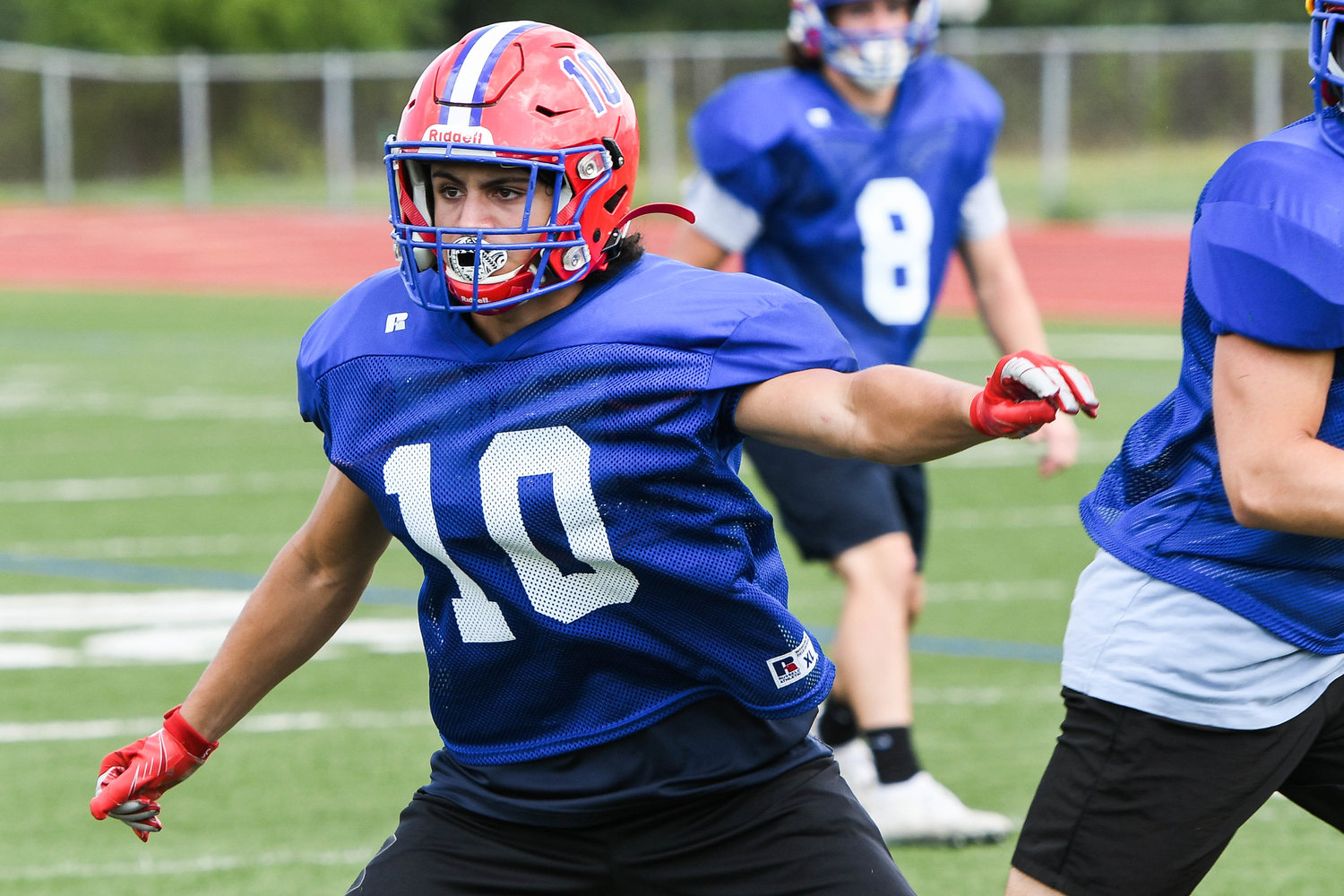 New Hartford’s Tommy Vitagliano defends a receiver during a recent practice. Vitagliano is a top returning starter for the Spartans, who have moved up to Class A in Section III this fall.
(Sentinel photo by Alex Cooper) 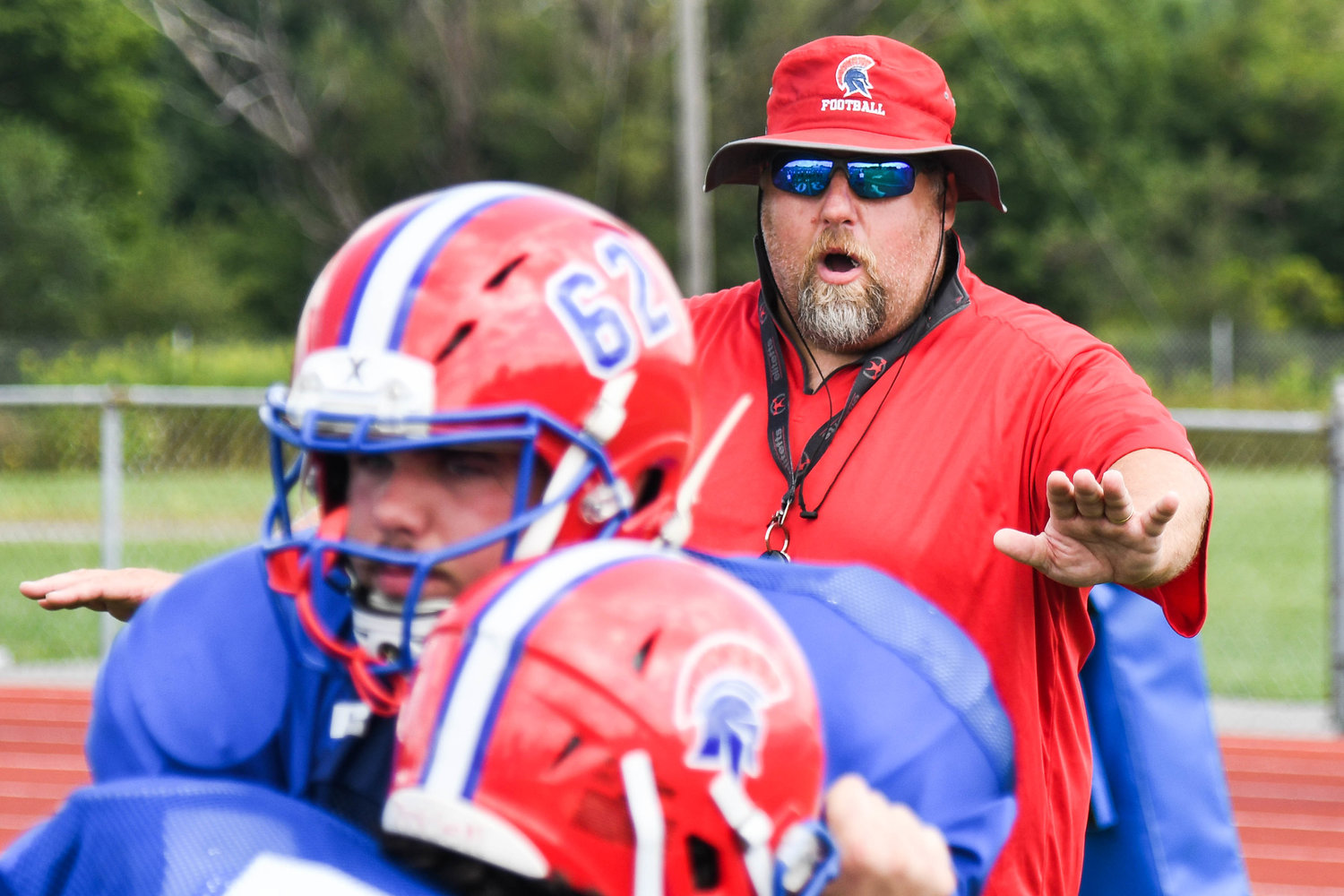 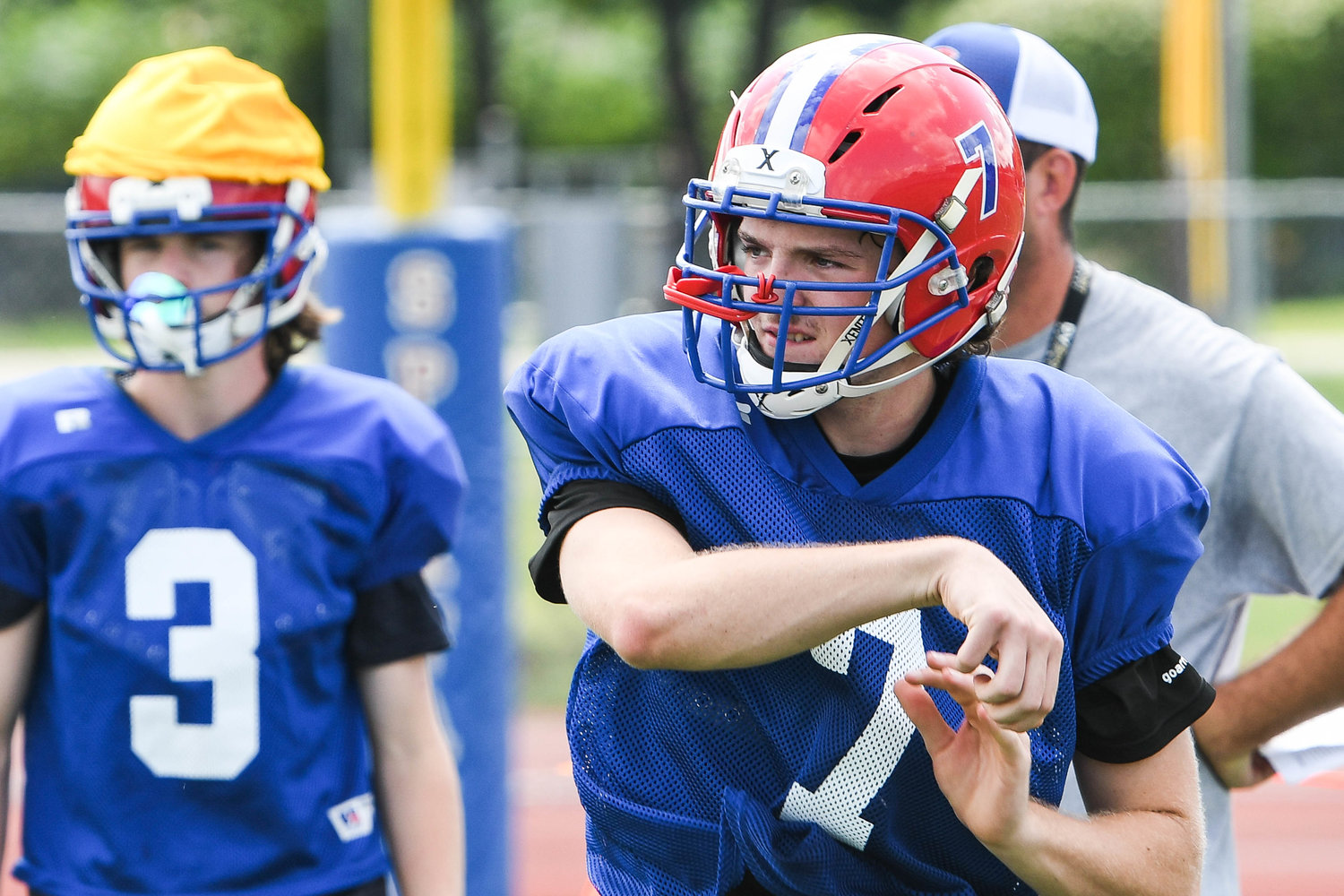 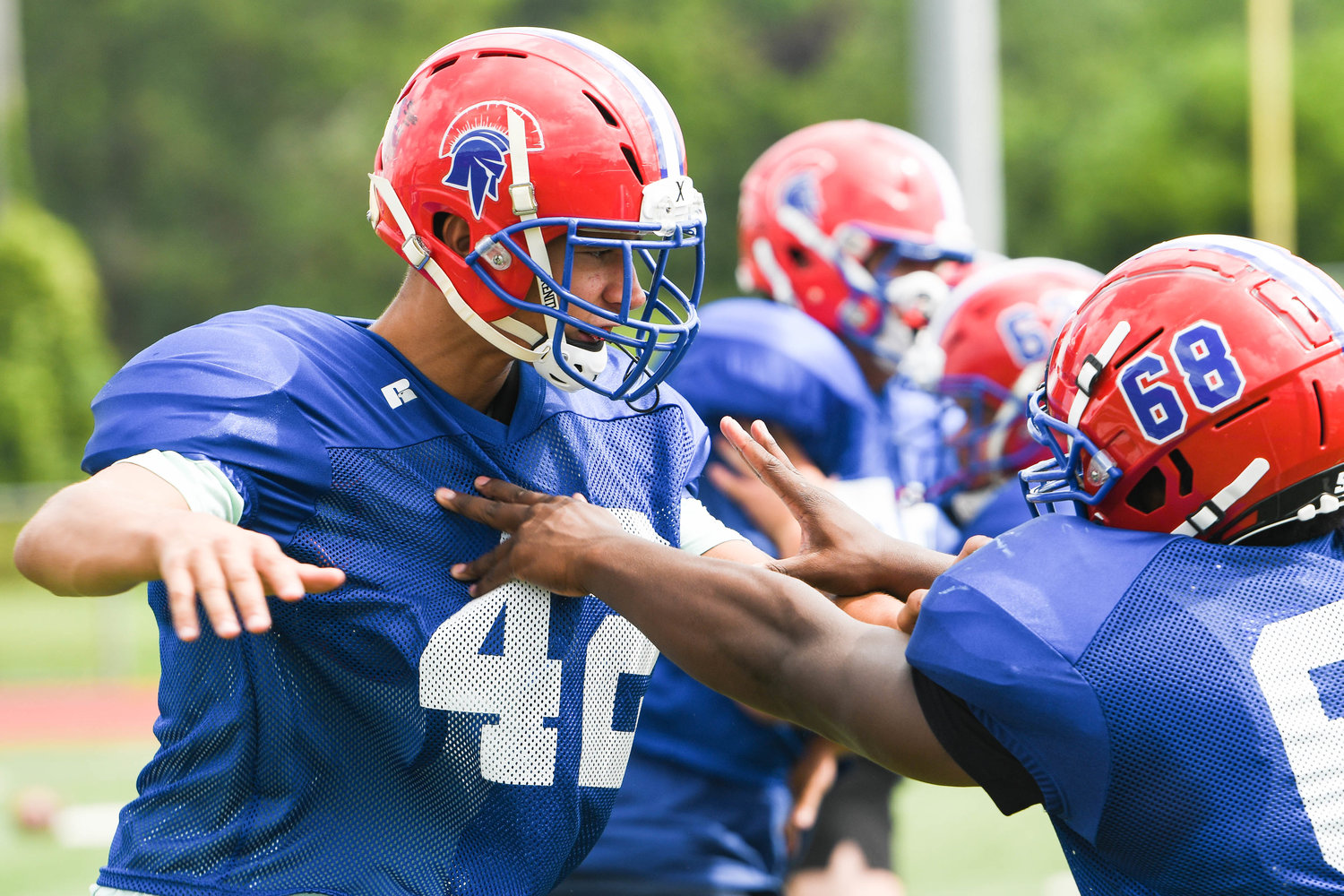 If New Hartford gets back to the sectional title game again this fall, it will be in a different class as the Spartans have shifted up to Class A.

“I’ve said all along with the move that any time you go up a class, it challenges your depth a little bit more,” said New Hartford coach Jim Kramer, whose team was topped by Homer in the sectional final and finished 9-1 overall last November. “Our focus is trying to get as many guys to positively contribute as possible.”

The goal remains to play games into November. New Hartford, which played five seasons as a Class B program, last won a Section III Class A title in 2008.

“If you’re playing high school football in New York state in the month of November, you’re a pretty good football team,” said Kramer, who took over as New Hartford head coach in 2017 after being a member of then-Utica College’s football staff. “We have a different set of challenges with our schedule. But, we’re excited about those challenges.”

New Hartford opened the season with a 52-26 victory over area host Rome Free Academy on Sept. 2. The Spartans play West Genesee and East Syracuse-Minoa the next two weeks before a meeting against visiting rival Whitesboro is scheduled for Sept. 30.

The most notable returning player for the Spartans is running back Alex Collver, who was a second team all-state last season after amassing 1,840 yards and 23 touchdowns as a junior. His efforts include a season-best 311-yard, five-touchdown game on 35 carries against the Syracuse Institute of Technology in the sectional semifinals. He’s the cornerstone for an offense that averaged 39.9 points per game last fall.

“Alex is a proven competitor for us. He’s shown that he can be consistent with his production week-in and week-out,” Kramer said. “He continues to work to grow as a leader for us and he’s excited to go after his senior year.”

As potent as the Spartans’ offense was, the defense was also strong with two shutouts and held four opponents to seven or fewer points.

“All three levels we bring back experience,” Kramer said.

There are among 18 seniors on the Spartans’ roster. Add in 17 juniors and you have plenty of players with experience to go along with three freshman and a sophomore.

“We’ve had a lot of guys that have played in a lot of big games for us. They know what Friday night under the lights is like,” Kramer said. “Now it is their job to get the other guys up to speed and also raise their level of play.”