Bringing his childhood passion of ancient creatures to life, Paul Thornton has started a new business, The Living Fossil, at 5475 Route 233. 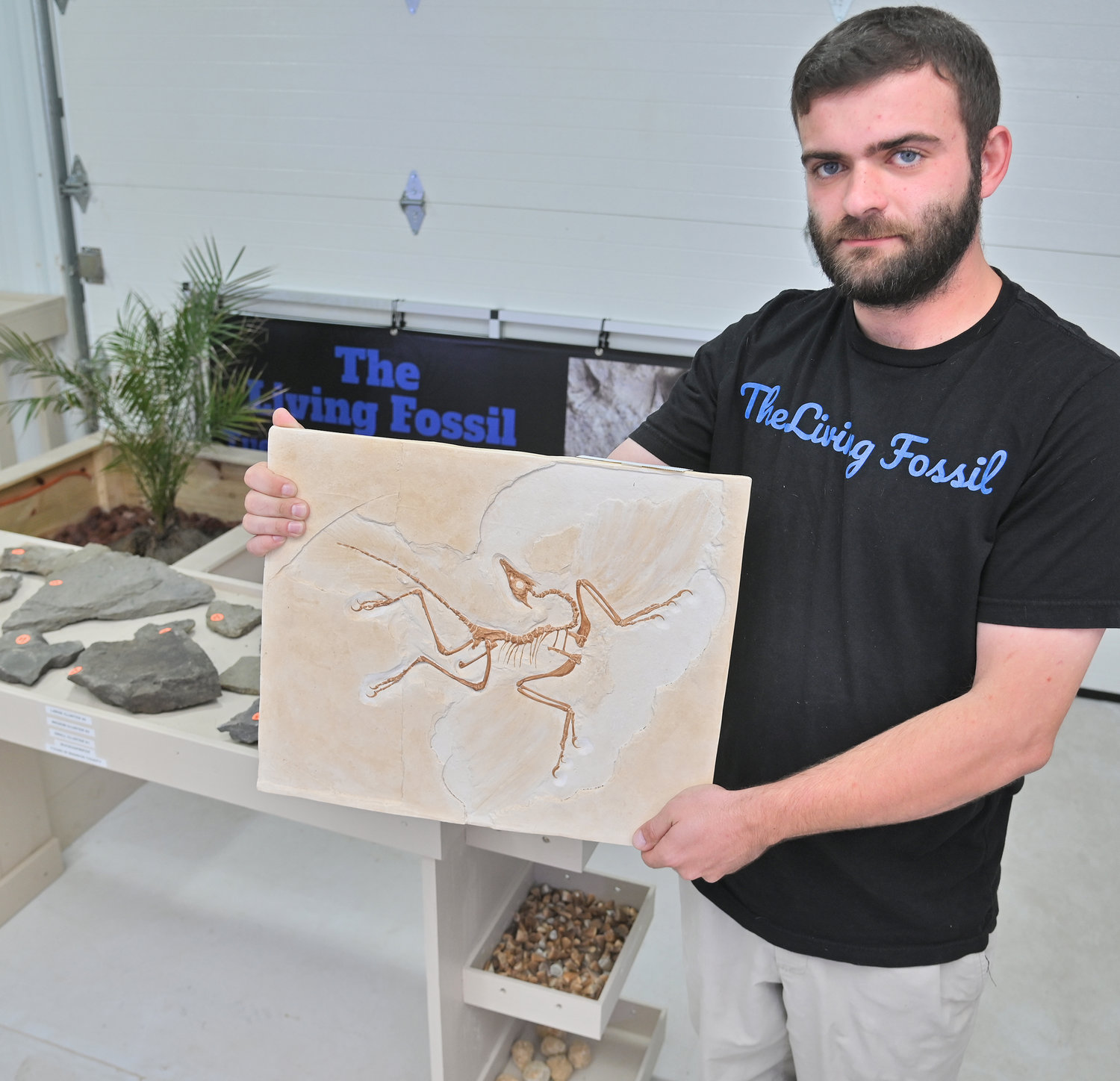 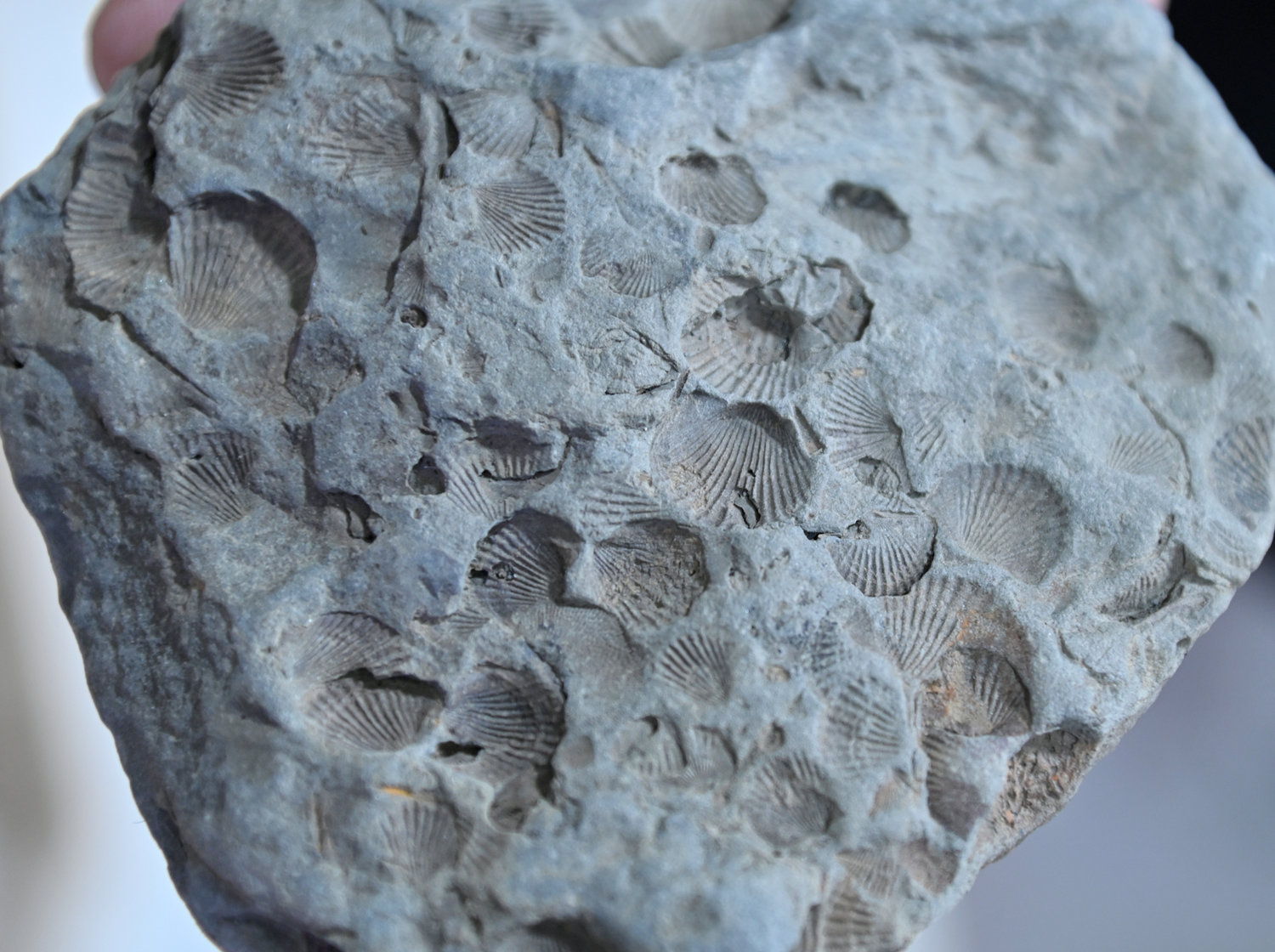 Paul Thornton holds a specimen filled with seashell fossils at his new shop, The Living Fossil, located at 5475 Route 233. Fossils at his shop start at 20 cents each.
(Sentinel photo by John Clifford)
Previous Next
Posted Thursday, September 29, 2022 6:40 am

For more information about The Living Fossil, as well as events and activities happening there, call 315-401-6686.

Bringing his childhood passion of ancient creatures to life, Paul Thornton has started a new business, The Living Fossil, at 5475 Route 233.

Open Tuesday through Saturday from 11 a.m. to 7 p.m., The Living Fossil offers hands-on indoor fossil digs that start at $5 per person.

There’s also gemstone panning for $7.50 per person with participants keeping what they find. And there’s break-your-own geodes for $10.

“We have a selection of fossils to choose from that start at 20 cents up,” said Thornton.

Private use reservations of The Living Fossil building are also available during off hours for youth and senior groups, as well as private individuals.

Thornton said fossils are just the beginning for his new business.

“Kids and enthusiasts have a fascination with dinosaurs and prehistoric creatures. Now most may be extinct, but not all are gone, because they are still here on earth, and can even be found in Rome as ‘living fossils,’” the owner said.

“My end goal is to collect all those living fossils and display them for the people. Imagine seeing a Gharial or a frill shark in person, something that has been around since the Cretaceous Era. But for me, I have always had a fascination with dinosaurs and fossils, and I know I’m not the only one.”

Thornton has dreamed of digging for fossils and owning a business selling his rare finds since he was a small child. He came up with the concept of selling fossils, but didn’t have much extra money to get his business afloat.

“So I went around asking people at regular places (selling fossils) that I went to about the idea of being able to purchase fossils and actually own and show some that you only see in museums or movies,” said Thornton. “The responses I got seemed pretty positive. So after graduating nursing school with what little money I had, I rented a small shop in Westmoreland, spending months building the shelves and tables by hand.”

It was a slow process to get his business going, but Thornton said he did everything he could to save money from each paycheck for his endeavor, and invested much of his free time. After a short period, Thornton decided he didn’t like the layout of his shop, so he tore it apart and rebuilt it.

“I carry a notion that parents and every-day people like you and me should not have to spend an arm and a leg to get some of the things we enjoy in life. So we have fossils that start at 20 cents, and if there is a family that is struggling with a child who enjoys this stuff, I go out to find fossils for myself and give them to that family,” he said. “We hand them the fossil and tell them to enjoy it with their own privacy.”