Local residents expressed frustration with an abandoned home in Lee Center that has sat empty for nearly five years and asked the town board for action. 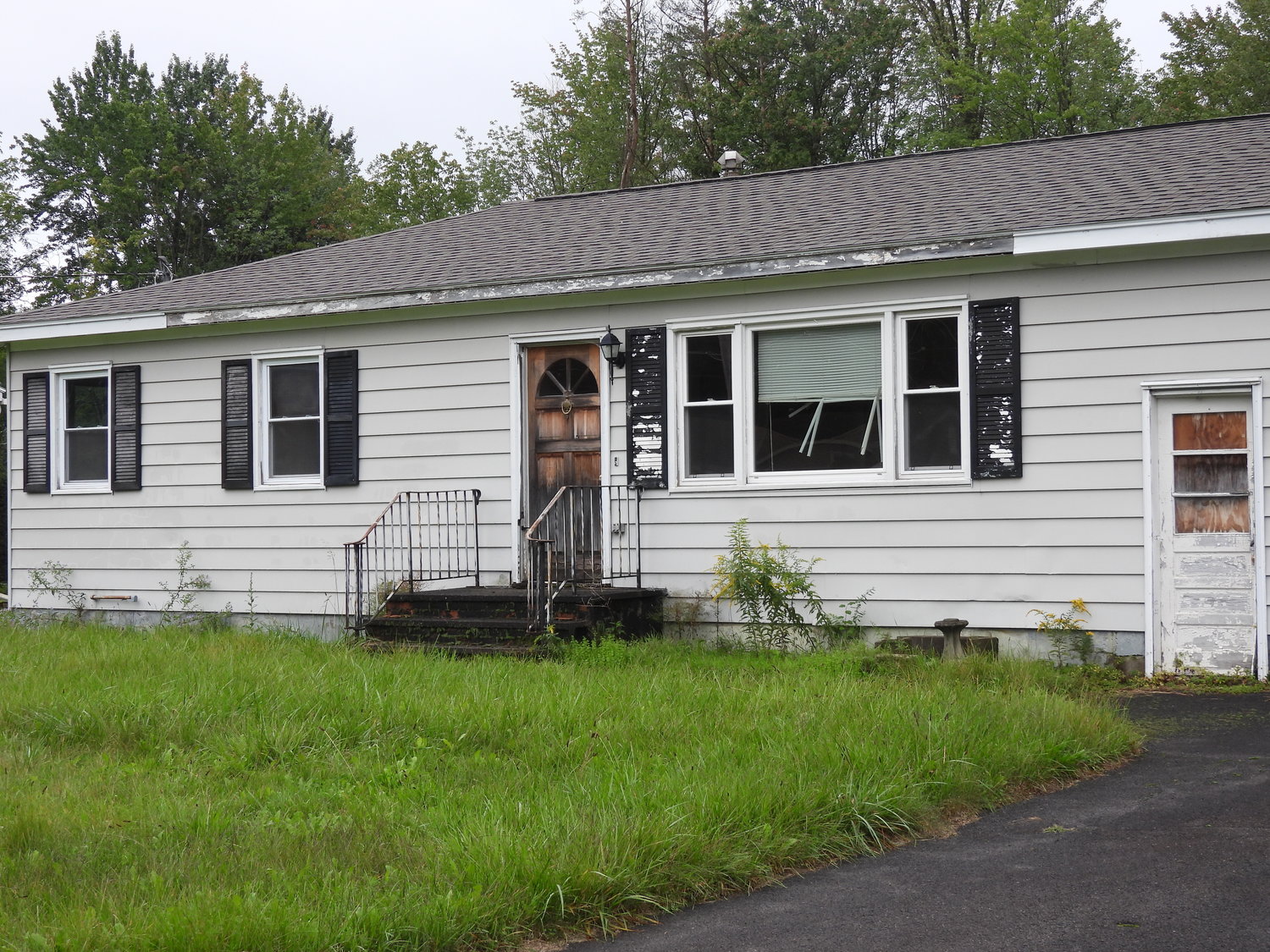 Multiple residents complained about the state of 8657 Willow Drive at the town of Lee’s monthly meeting, from its overgrown grass, broken windows, and a scent of mold that residents claim they can smell from the road.
(Sentinel photo by Charles Pritchard)
Posted Thursday, September 15, 2022 12:00 pm

For more information about the town of Lee and upcoming meetings, visit: https://townlee.digitaltowpath.org:10076/content/

LEE — Local residents expressed frustration with an abandoned home in Lee Center that has sat empty for nearly five years and asked the town board for action.

Thomas Marquette and Ron House spoke before the board at the town board’s monthly meeting Tuesday and said they not only represented their interests but the interests of other homeowners in the area.

The home in question, at 8657 Willow Drive, stands out amongst the well-maintained properties. And more so than just its looks, neighbors say.

“If you stand on the road outside the property and there’s a good wind, you can smell the mold,” Marquette said. “And there are broken windows. The windows all along the basement are broken, so you’ve got pests in there.”

According to the tax record, Marquette and House said the current owner is Jim Vaccaro.

House said around four years ago, the pipes burst in the basement. The town of Lee had been called to the scene, and the water had been turned off — but not before it had been filled with five feet of water.

Calls had been made to the town of Lee regarding the state of the property and, more recently, its overgrown lawn. At one point, Marquette said, the grass reached up to the knee.

The Lee Town Board said they had issued a letter to the current owner, asking for the lawn to be mowed. A registered letter had been sent by the town regarding the need to mow. Instead, the town of Lee took care of the lawn, with the cost of the service going on the taxes.

Town Councilor James Jones said the town board was in the process of writing a new law regarding nuisance properties.

When pressed for solutions, Town Attorney Evan Rossi said, “The town codes officer can send an order to remedy, and the property owner gets 30 days to fix it. If he doesn’t fix it, he goes to court and pays a fine. If the building is unsafe, there’s a state law that allows municipality to demolish it after notice to the owner.”

This would be a lengthy process, including asbestos inspection and air monitoring. And the town would have to front the money, and the cost of demolition would be a lien against the property.

Marquette and House provided the town council with contact information and pictures of the property detailing the neighborhood’s grievances.

“We’ll see what we can do from our end,” Jones said.