Nearly 14 million people watched the Golden State Warriors win its fourth NBA championship since 2015 by beating the Boston Celtics in the sixth game of their series. 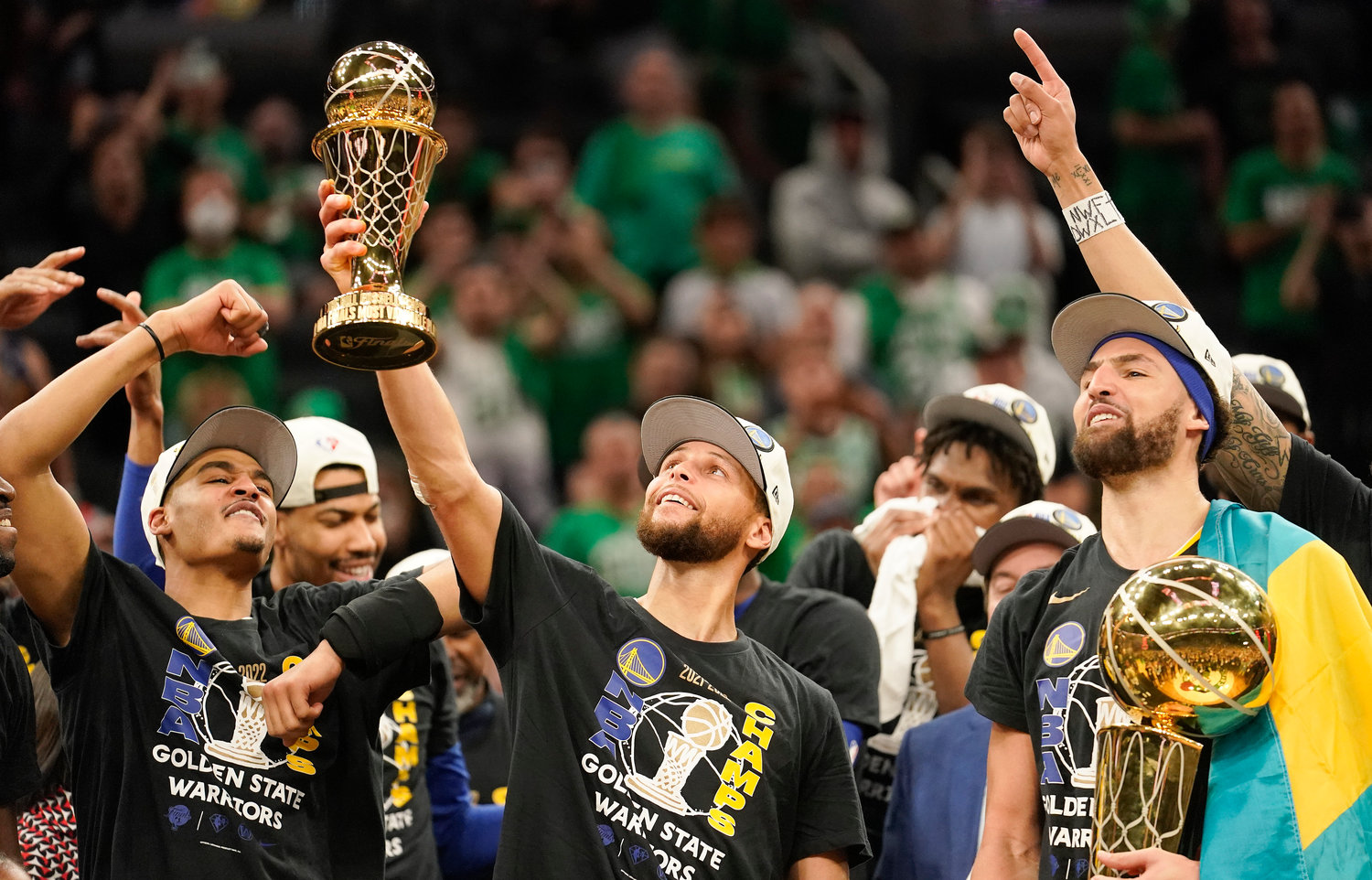 NEW YORK  — Nearly 14 million people watched the Golden State Warriors win its fourth NBA championship since 2015 by beating the Boston Celtics in the sixth game of their series.

The series that matched the NBA’s most current dynasty against the one with the most championships overall averaged 12.3 million viewers, which was 24% more than the 2021 series between Milwaukee and Phoenix, the Nielsen company said.

As is typical, the series built in audience as it went on, with the 13.99 million people who watched the final game nearly a million more than the audience for any other game, Nielsen said.

The first game of hockey’s Stanley Cup Finals between Colorado and Tampa Bay was seen by 4.2 million people last week.

Each of these sports events was seen on ABC, allowing the network to dominate the weekly ratings race. ABC averaged 5 million viewers in prime time last week, CBS averaged 2.8 million, NBC averaged 2.6 million, Fox had 1.5 million, Univision had 1.1 million, Telemundo had 940,000 and Ion Television had 900,000.