Deadline acquisition Tyler Naquin homered twice in his home debut, Edwin Diaz locked down his first two-inning save as a pro and the New York Mets beat the Atlanta Braves 6-4 … 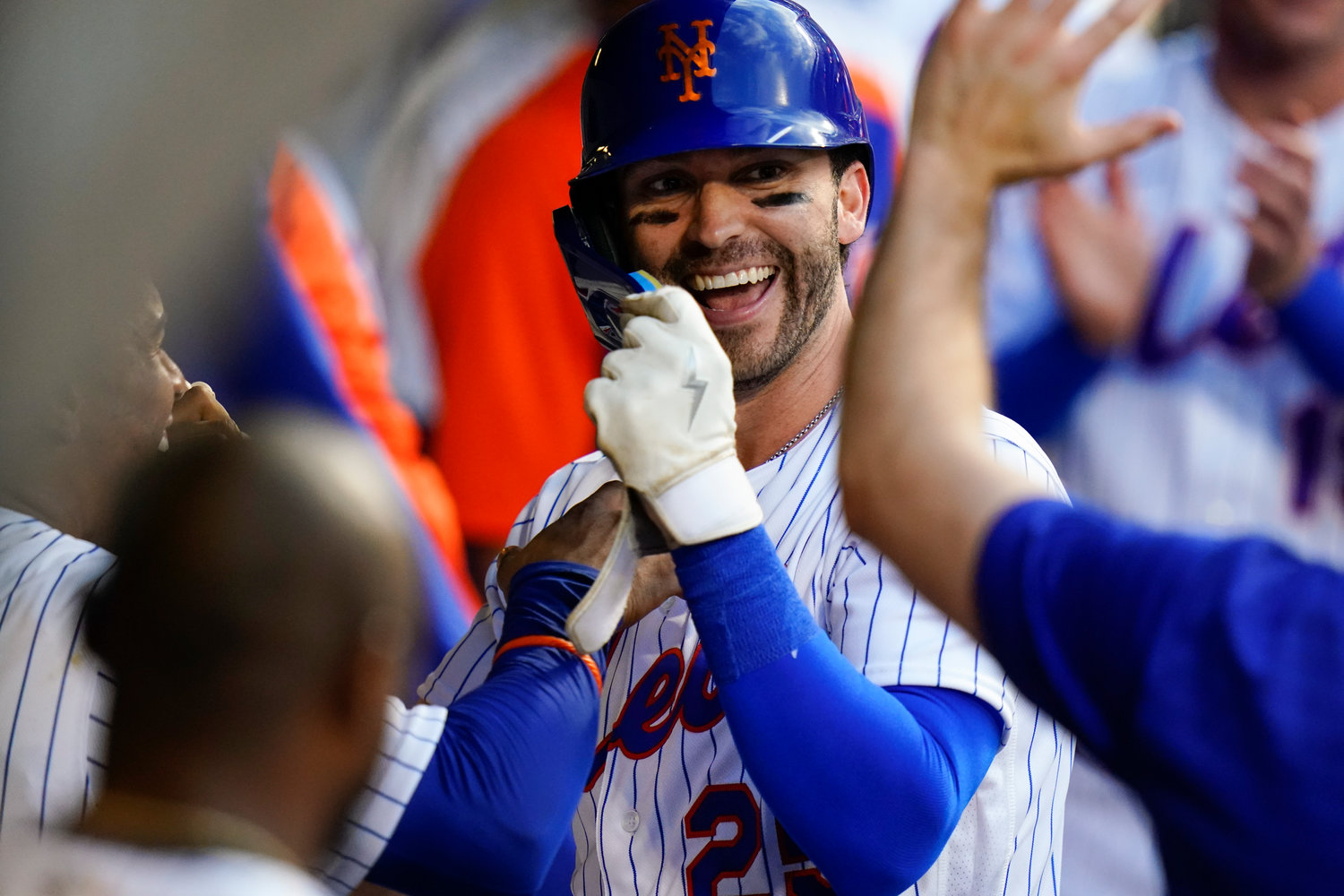 New York Mets left fielder Tyler Naquin celebrates with teammates after hitting a home run during against the Atlanta Braves on Thursday night in New York. Naquin hit a pair of homers as the Mets won 6-4.
(AP Photo) 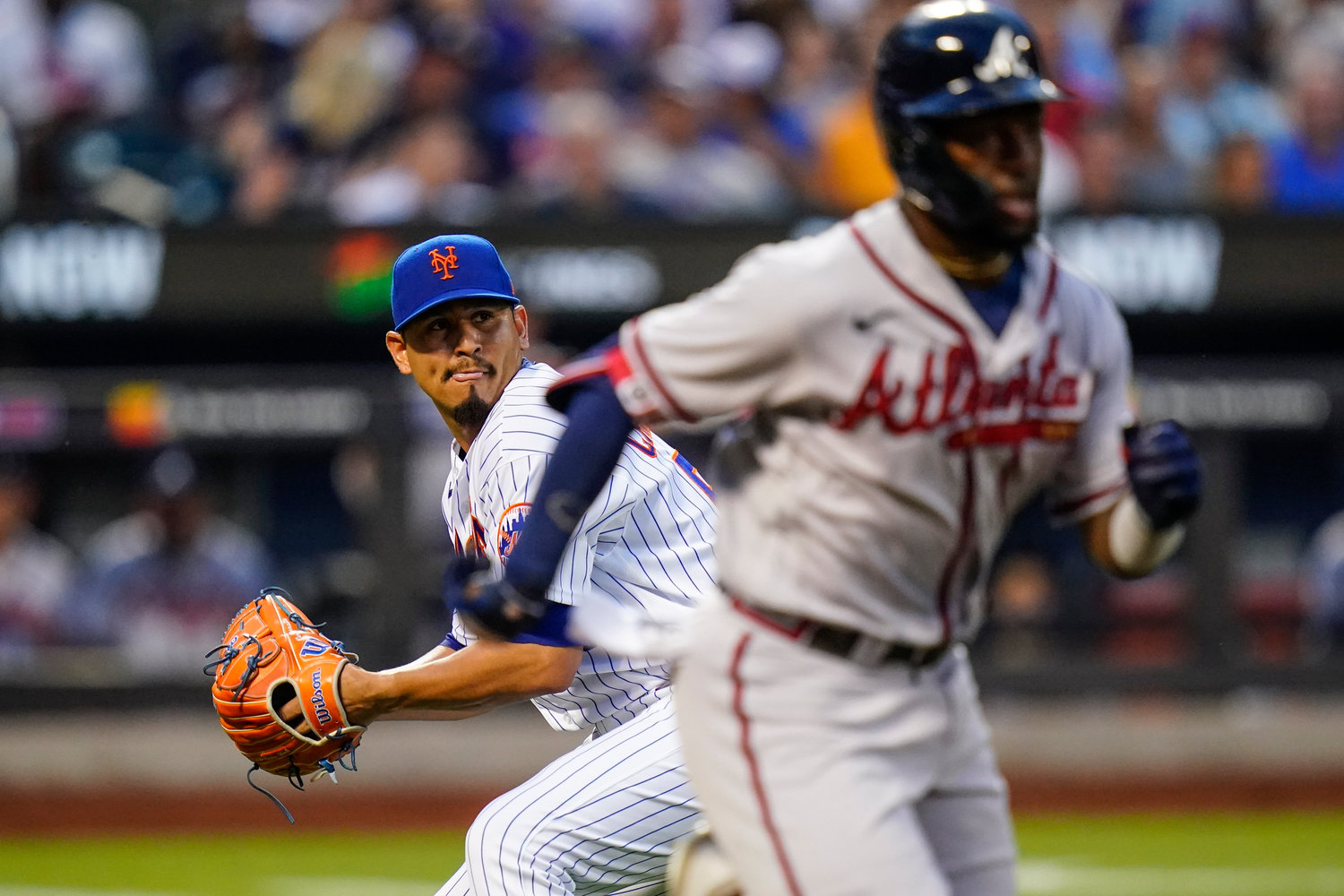 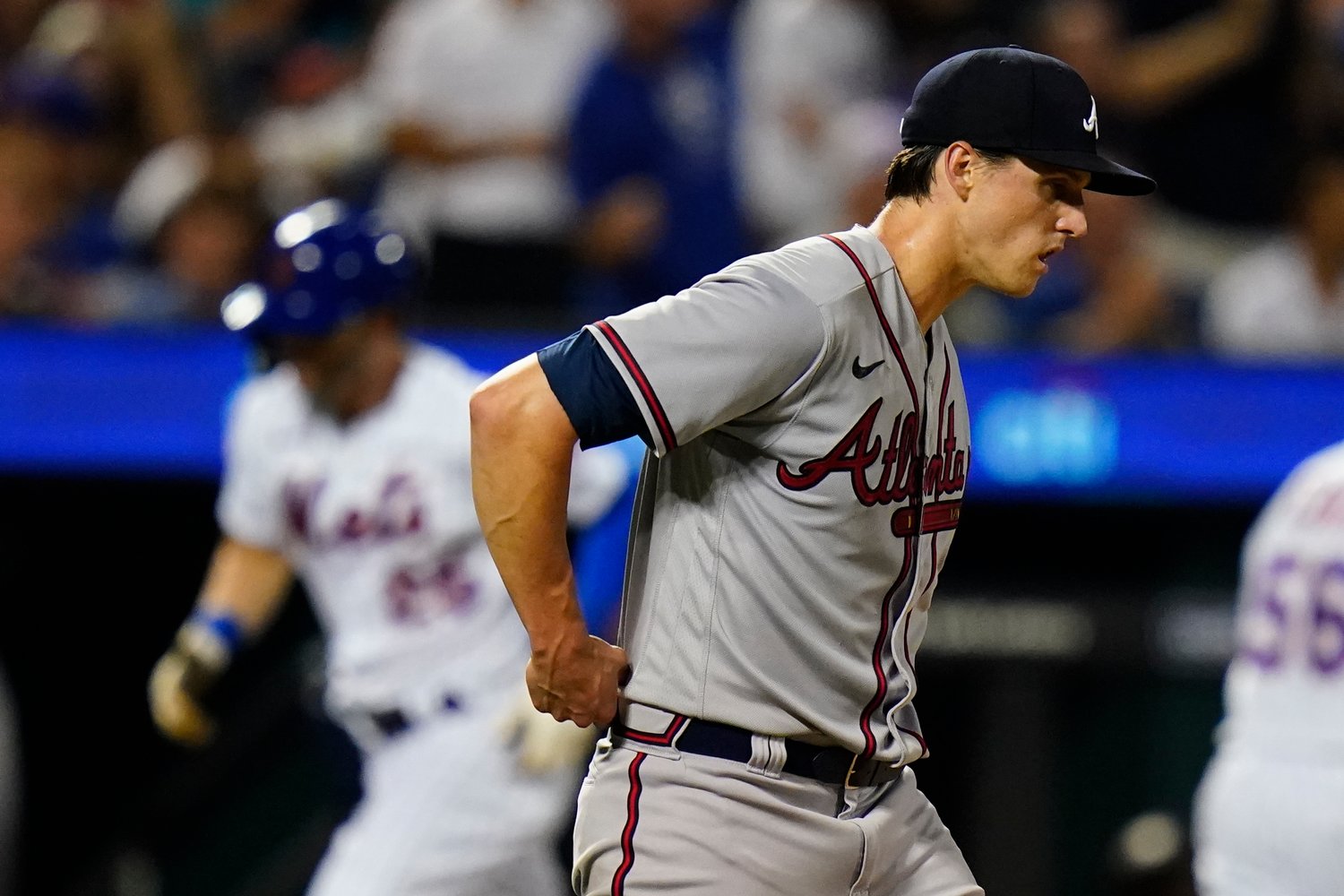 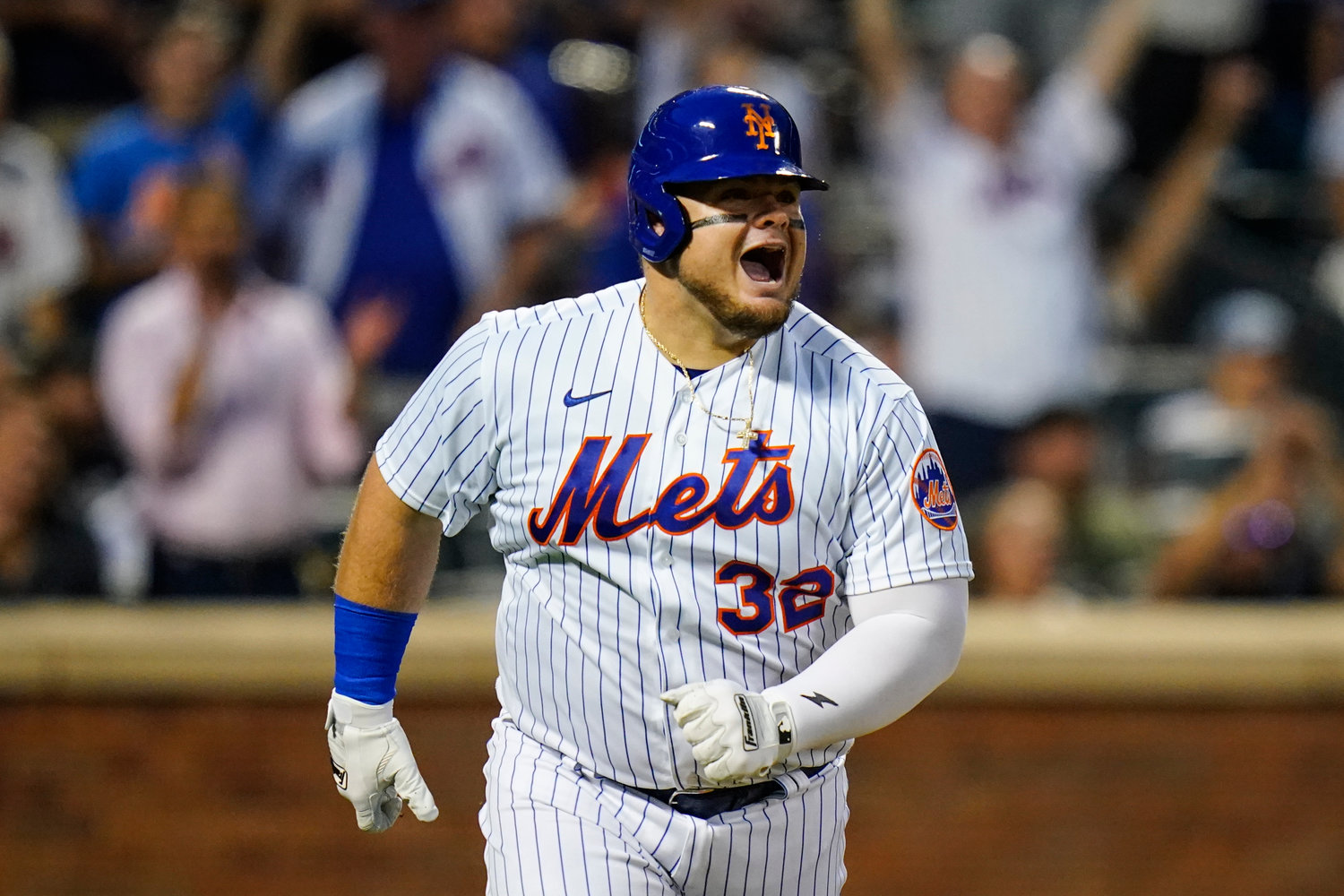 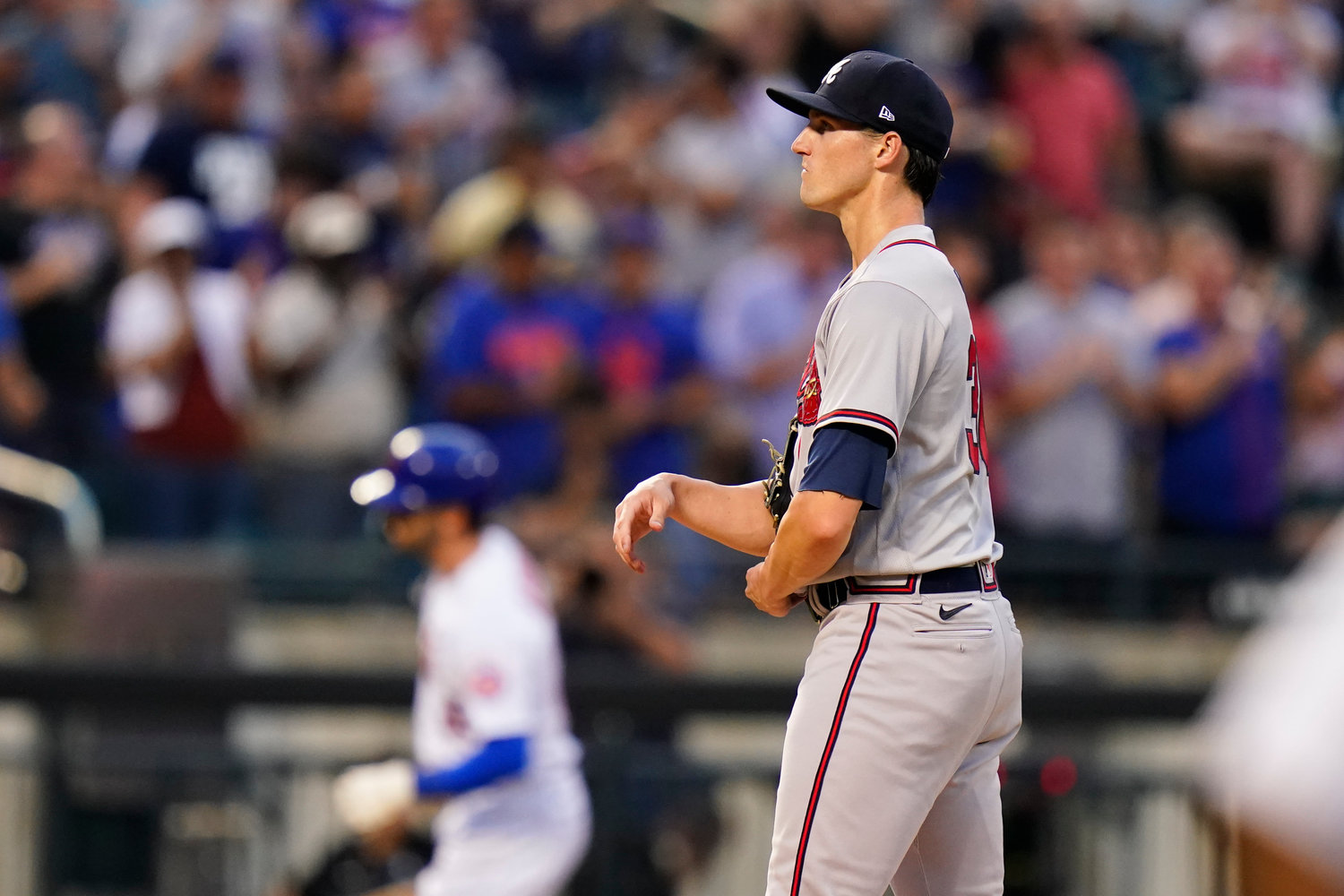 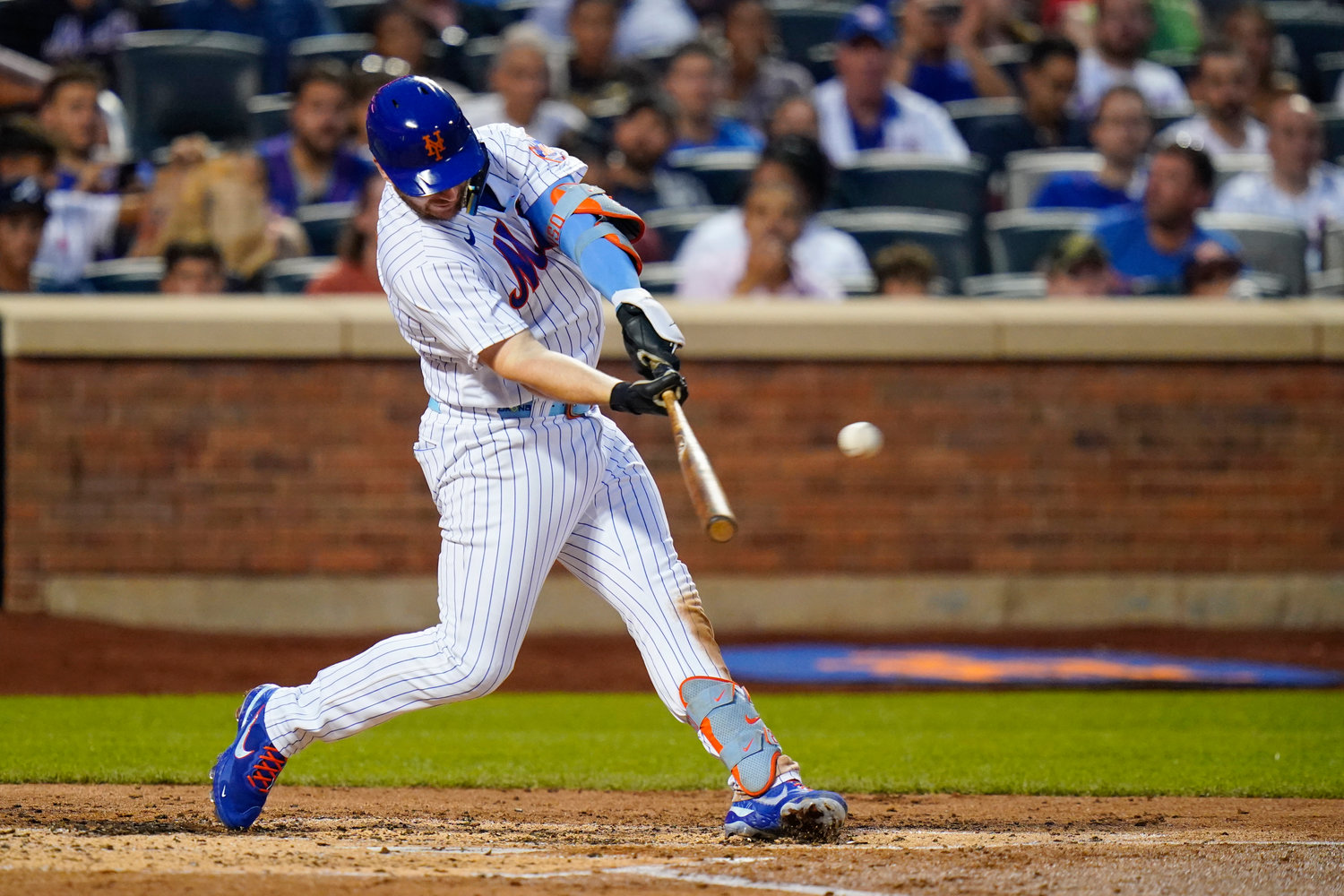 NEW YORK  — Deadline acquisition Tyler Naquin homered twice in his home debut, Edwin Diaz locked down his first two-inning save as a pro and the New York Mets beat the Atlanta Braves 6-4 Thursday night to open a pivotal five-game series between the NL East rivals.

Pete Alonso and Daniel Vogelbach hit back-to-back homers in the third for the Mets, who extended their lead over the Braves to 4 1/2 games. Alonso, who began the scoring with a single in the first, finished with three RBIs.

Carlos Carrasco (12-4) extended his scoreless streak to a career-high 23 1/3 innings before Michael Harris II laced a two-out, RBI single and Ronald Acuña Jr. followed with a two-run homer in the fifth.

Carrasco retired the final four batters he faced — No. 2 hitter Dansby Swanson to end the fifth, followed by Matt Olson, Austin Riley and Eddie Rosario — to allow Mets manager Buck Showalter to arrange his bullpen so that Diaz could get the final six outs.

“The last inning he pitched was probably the key inning,” Showalter said. “Set up the rest of the game for us by him being able to get those three guys out after giving up some runs.”

Harris had another RBI single in the seventh to bring up Acuña as the potential tying run, but Adam Ottavino struck out the 2018 Rookie of the Year.

Diaz entered in the eighth — though his trumpet-blaring warmup song, “Narco,” didn’t begin until he was already on the mound — and needed just 11 pitches to retire Swanson, Olson and Riley via a groundout and a pair of strikeouts.

“I was trying to run (to the mound) at the same pace of the song,” Diaz said with a laugh.

Rosario led off the ninth with a single and went to second on a wild pitch but was stranded there. Diaz fell behind Orlando Arcia 3-0 before getting him to hit a comebacker on a check swing. Diaz jogged to the bag himself to record the final out of his 24th save.

Showalter said the aggressive use of Diaz was as much about getting the closer into a game — he hadn’t pitched since last Friday — as it was about the importance of the series.

“He needed to pitch tonight — he was going to pitch tonight,” Showalter said. “I do think it’s that time of year where we kind of go to a different mode of operations sometimes.”

Braves manager Brian Snitker said he expected to see Diaz in the eighth.

“He’d been down for a long time,” Snitker said. “He’s a guy that’s efficient with his pitches. He throws a lot of strikes. Doesn’t surprise me a bit that they did that.”

Carrasco allowed three runs on four hits and one walk with six strikeouts in six innings.

Naquin, acquired from the Cincinnati Reds last Friday, hit solo shots in the second and sixth off Kyle Wright. He is the first player in Mets history to homer twice in his first home game for the team.

It was the fifth career two-homer game for Naquin and his first since he went deep twice for the Reds against the Miami Marlins on Aug. 22, 2021.

Wright (13-5) allowed six runs on seven hits and two walks with four strikeouts over six innings. The four homers allowed were a career high for the right-hander, who was 6-0 with a 2.93 ERA in his previous seven starts.

“He wasn’t as sharp as he’s been and battled through,” Snitker said. “Long ball got him a little bit. One of them days.”

James McCann was activated from the injured list prior to the game and went 0 for 3 with two strikeouts after missing more than three weeks with a strained left oblique.

Mets: 1B/DH Dominic Smith (right ankle) went 0 for 1 with two walks as he began a rehab assignment with Triple-A Syracuse. ... C Patrick Mazeika was optioned to Syracuse to make room for McCann.